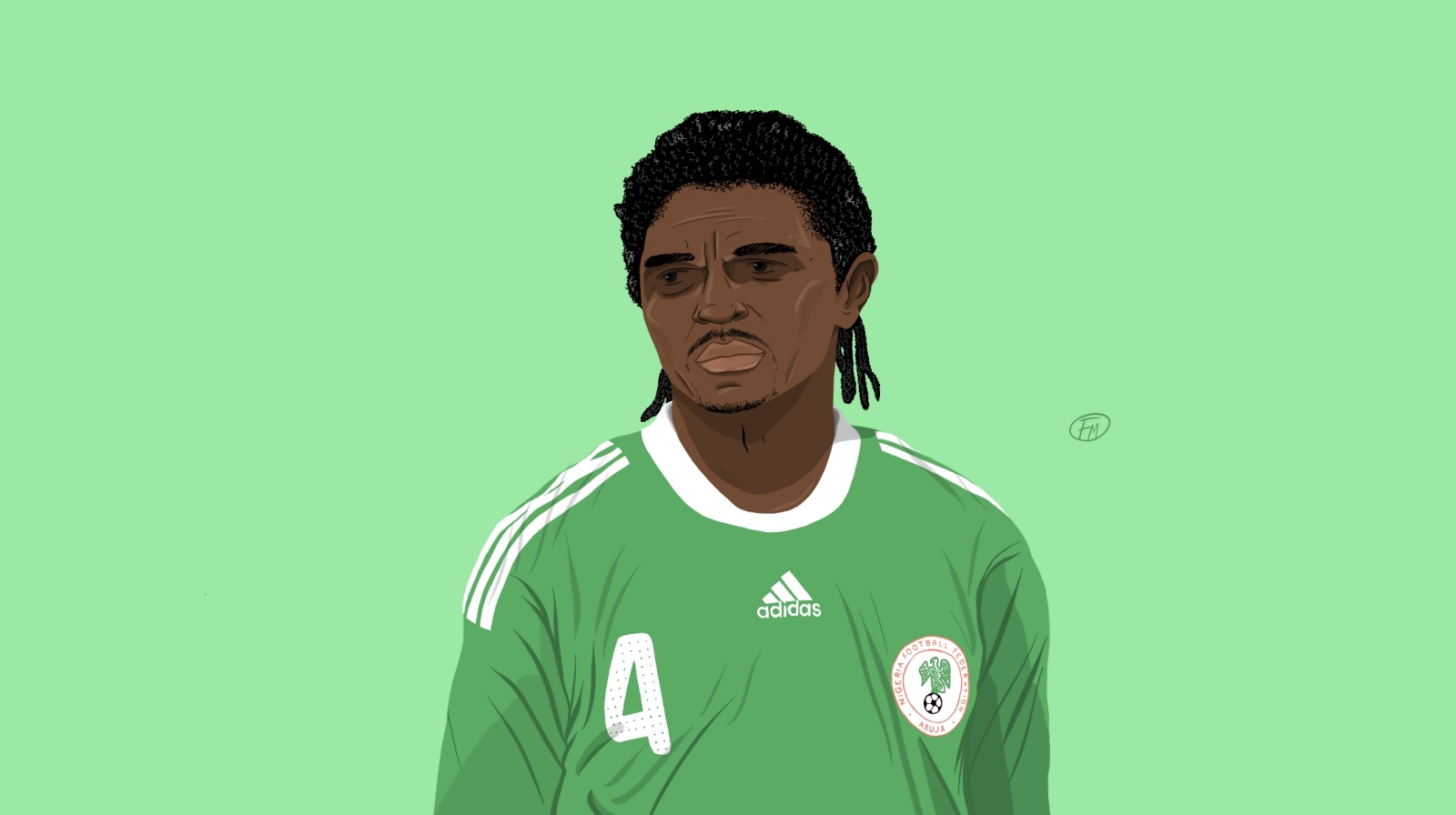 If you didn’t know who he was, you would perhaps take one look at Nwankwo Kanu and think he was anything but a footballer. His appendicular skeleton looks as though a primary school student has made it; spontaneously formed with split-pins and balsa wood. However, afford him a football and those lithe limbs and languid gait would leave you in no doubt that Kanu was a footballer with truly immense talent.

On the pitch, Kanu is Nigeria’s most decorated footballer and off of it, since the end of his playing career, the man from Owerri has become a celebrated philanthropist.

Kanu began his beguiling career with Nigerian side Federation Works. However, a transfer to top-flight club Iwuanyanwu Nationale at the age of 16 saw Kanu score 15 goals in 25 games and claim his only domestic honour, the Nigerian Premier League title. A call-up to the Nigerian under-17s soon followed and Kanu helped the young Super Eagles to tournament victory, scoring five goals in the competition.

His performance in the 1993 Under-17 World Cup alerted the best teams in Europe to his presence, all of whom were eagerly scouring the globe in search of untapped riches in non-traditional football environments, and it was Ajax who made their move. The 17-year-old would be schooled in Total Football alongside the likes of Patrick Kluivert, Edgar Davids, the De Boer twins and Clarence Seedorf.

Kanu would spend three years at Ajax, winning three Eredivisie titles and featuring briefly in the 1995 Champions League final in his team’s 4-0 victory over AC Milan. During his time with the legendary Dutch side, Kanu helped himself to 25 goals in 65 appearances. The trail had been well and truly blazed for African footballers to play at the highest level with the best European club sides.

A transfer to Internazionale in 1996 coincided with the diagnosis of a serious heart defect. The Nigerian would need major surgery and many feared he would never be the same player after it. Following an aortic valve replacement, Kanu would make just 17 appearances over three seasons, though he was still able to pick up a UEFA Cup winners medal. Given his seemingly fragile health, pundits suggested his days as a footballer were numbered. What did they know?

In February 1999 Arsenal gambled £4 million on the Nigeria captain and the gamble spectacularly paid off. Kanu spent a little over five seasons in north London, helping himself to two Premier League titles and two FA Cups.

Perhaps no occasion better encapsulates Nwankwo Kanu as a footballer than the match-winning hat-trick he scored in the space of just 15 minutes against Chelsea, with the Gunners at the time 2-0 down. The third and final goal is everything that he was as a player: balanced, technical, imaginative, skilful and affable. You couldn’t help but share in his joy.

At club level, Arsenal was by far his most consistent and prolific time in the game. Upon leaving Highbury, Kanu moved to West Brom and then Portsmouth, and it was during his time with the latter that he was able to pick up another FA Cup winners medal, scoring the only goal in the 2008 final.

If Kanu’s club career was classified as a success then it was his international career that made him an icon in his homeland. Following on from helping the under-17s to World Cup glory, Kanu’s next international success was at the 1996 Atlanta Olympics where the West African nation defeated both Brazil and Argentina on their way to Gold.

It is the Olympic semi-final against a star-studded Brazil which saw their iconic captain display his leadership qualities. Brazil led Nigeria 3-1 with 15 minutes to go. The captain stepped-up, scoring a truly Kanu-esque goal in the match’s final embers to send the game into extra-time before then scoring the golden goal to send the Super Eagles into the Olympic final.

At full-international level, Kanu was captain of the senior team for four years, winning 86 caps and scoring 13 goals, appearing in three World Cups and six Africa Cups of Nations. Unfortunately he could not replicate the success experienced at under-17 or Olympic level, however, winning the African Footballer of the Year awards in both 1996 and 1999 highlighted the levels at which the often-languid striker could perform.

After retiring from the game, inspired by the medics who saved his life, he set up the Kanu Heart Foundation, which has facilitated life-saving heart surgery for over 400 children. Alongside his work to improve cardiac care in his homeland, Kanu is also a UNICEF ambassador.

As the only player to win the Premier League, FA Cup, Champions League, UEFA Cup and Olympic Gold medal, to this day Nwankwo Kanu remains to be the yardstick by which every Nigerian footballer measures themselves.