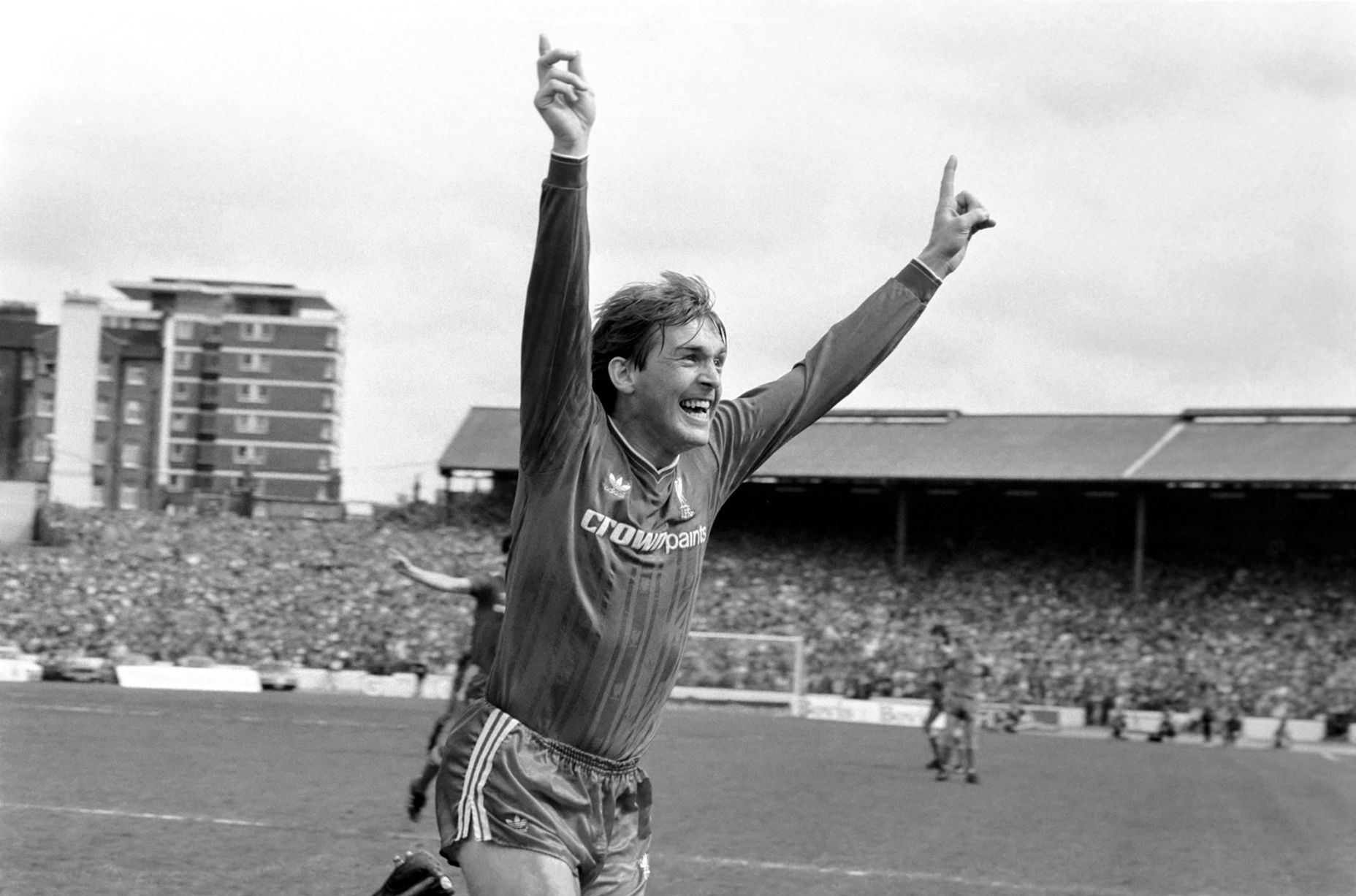 Kenny Dalglish wasn’t the most skilful player, nor was he blessed with blinding pace or immense strength, but scenes of a stealthy and intelligent Scot with straw-like hair and ice-blue eyes cutting defences apart, scoring goals seemingly at will, and lifting trophy after trophy paint the picture of one of football’s true greats.

For most players, football is a puzzle solvable when they can stop, think, and then execute – quite a rigid process. On the pitch, knowing when to move and when to stay put takes practice. Knowing where to move is a skill honed over time. Defining players in the mould of Johan Cruyff, George Best, Zinedine Zidane and, of course, Kenny Dalglish are proof football rewards brains over brawn, for these players also know the why to football’s in-game quandaries. For players of this ilk, expectation of success supersedes the hope of it. “What he [Dalglish] had was speed of thought. That will always overcome speed of movement,” said Celtic assistant manager, Sean Fallon.

Kenny Mathieson Dalglish was born on March 4, 1951, in Glasgow’s docklands of Govan. In a 22-year footballing career he played for Celtic and Liverpool, two clubs from cities fiercely defined by their football triumphs, the competitions they dominated, and the nationalism resulting from footballing success and tragedy. These clubs, whose rich footballing history catapulted and associated their images with a brand of football before the true globalization of the sport in an age when news travelled over the airwaves, was transmitted through a fuzzy television reception, or wet the thin parchment of city periodicals – everyone who knew football, knew Celtic and Liverpool.

Few strikers match the wit and balance of Kenny Dalglish. His positional awareness to drop off his markers and collect the ball deep in midfield made Dalglish as much a threat as a provider as he was a lethal finisher with either foot. Dalglish blessed football with a once-in-a-generation kind of intellect. His technical ability unlocked defences with ease and his unrivalled sense of anticipation made the football Dalglish played otherworldly. With passing ability equalled only by his finishing ability made famous by a trademark beautifully struck shot curling into the top corner of the goal. Both skill sets, however, are nothing compared to the selflessness and ‘team-first’ philosophy that governed Kenny Dalglish as a player and manager.

Dalglish began his budding professional career with Celtic in 1967 – the year they club became the Britain’s first European champions. Legendary Celtic manager Jock Stein sent his assistant, Sean Fallon, to watch Dalglish. Describing the player, the late Fallon said: “Tremendous ability, skill, great touch on the ball and his reading of situations was 100 per cent. He was a boy, but once you actually looked at him, you’d sign him straight away.” The young Scot’s stock in Glasgow’s football scene continued to rise as Rangers were rumoured to be interested in signing him, yet the interest was only that – no formal call ever arrived for Dalglish to join the Ibrox club.

Despite Dalglish’s talent and potential, he needed a taste of the hard side of Scottish football. Stein sent him to Cumbernauld United to give Dalglish a taste of first team football and to toughen him up. “He’d been down in England to two or three clubs – he actually spent a month at Liverpool and he came back home. We fixed him up then and placed him out to Cumbernauld where he was playing among men there.” After a return of 37 goals for Cumbernauld, Dalglish found himself back at Celtic Park, ready to continue his footballing education under the tutelage of Stein and skipper Billy McNeill. Before long, Dalglish was part of a supremely-talented young class of Celtic reserve players pushing their way into the first team for a club on a run of nine straight leg titles.

During the 1971–72 season, Dalglish established himself in the first team and went on to score 23 league and cup goals in 49 appearances. The following year, Dalglish was Celtic’s top scorer, netting 41 goals in total. Over the next three years, Dalglish played the function of prolific goalscorer, talismanic maestro, and captained the side in 1975. However, a new challenge came calling – one that could not be ignored. In August 1977, after making 320 appearances and scoring 167 goals for Celtic, Kenny Dalglish signed for Liverpool for a then-record British transfer fee. During his time at Celtic, Dalglish won four Scottish First Division titles, four Scottish Cups and one Scottish League Cup.

Dalglish’s arrival at Liverpool coincided with Kevin Keegan’s departure to Hamburg and he donned the number 7 shirt recently vacated by the Englishman. Dalglish scored on his Anfield debut against Newcastle and ironically scored Liverpool’s sixth and final goal against Keegan’s Hamburg in the second leg of the 1977 UEFA Super Cup final. Any questions about the Scot being able to “replace Keegan were quickly assuaged during year one of his journey at Liverpool; making 61 appearances and scoring 31 goals – including the game-winning goal in the 1978 European Cup final. More importantly, Dalglish found himself at a club hungry to not only compete – but hell-bent on dominating British and European football.

The following year the Scot scored 21 league goals for Liverpool and established himself as an ironman for the club playing every league game for Liverpool well into 1980–81 campaign. That year, Liverpool finished fifth in the league, yet still won the European Cup and League Cup. During the 1982 season, Dalglish regained his goalscoring form, finding the back of the net 13 times in the league as Liverpool won the title for the third time since the Scot arrived on Merseyside. Over the years, partnerships with club legends like Ian Rush, Graeme Souness, Peter Beardsley, Ray Houghton, John Barnes and John Aldridge displayed the versatility of Dalglish as a teammate and solidified his impact as a leader, playmaker and goalscorer.

The most iconic photo of Liverpool’s greatest number 7

His time at Liverpool remains among the club’s most successful stretches. With Kenny Dalglish deployed as the club’s number 7, Liverpool continued its ascension and domination of British and European club football, winning six league titles, two FA Cups, four League Cups, seven Charity Shields, three European Cups and one UEFA Super Cup. Liverpool Football Club was on a different level and the supporters dubbed Dalglish their leader – and with that role came the deserved title: ‘King Kenny’, whom to this day is widely-regarded as the best player to ever wear the club’s famous red shirt.

Dalglish’s illuminating tale extends well beyond his club accomplishments. He is a national symbol for Scotland and Scottish football. With 102 appearances for his country, it makes him Scotland’s most-capped player, and with 30 goals to his name he shares top spot with the great Denis Law. Dalglish still lacked the worldwide acclaim of other international footballers at the time – perhaps because he played for an often-unfancied Scotland team. The sad irony is that despite their perceived lack of quality, Scotland boasted some of Britain’s best players at the time.

Beyond his playing capacity, Dalglish’s used his genius from the sideline when he became player-manager of Liverpool and eventual manager of Blackburn Rovers, Newcastle, Celtic and Liverpool again, winning more cups and titles along the way.

As impressive as his football CV is, it’s impossible to measure the quality of a man who narrowly escaped the Ibrox stadium disaster as a boy, watched in horror as a player during the Heysel tragedy, and, as a manager, attended all 96 funerals for the victims of Hillsborough. The impact of Kenny Dalglish transcends football. He helped galvanized two cities whose images are demarcated by not only their football, but the cultural impact that the sport brought to the region.

As a national symbol, a sporting ambassador and as an inspiration for generations, Kenny Dalglish may very well be the greatest British footballer – but that’s the stuff of opinion. What is not up for dispute is his place among legends, heroes and icons – all of which are notable titles reserved for the most-talented and loyal players and coaches. However, one moniker surpasses all aforementioned labels beyond mere semantics: King.

So here’s to you, King Kenny. Thanks for the memories.