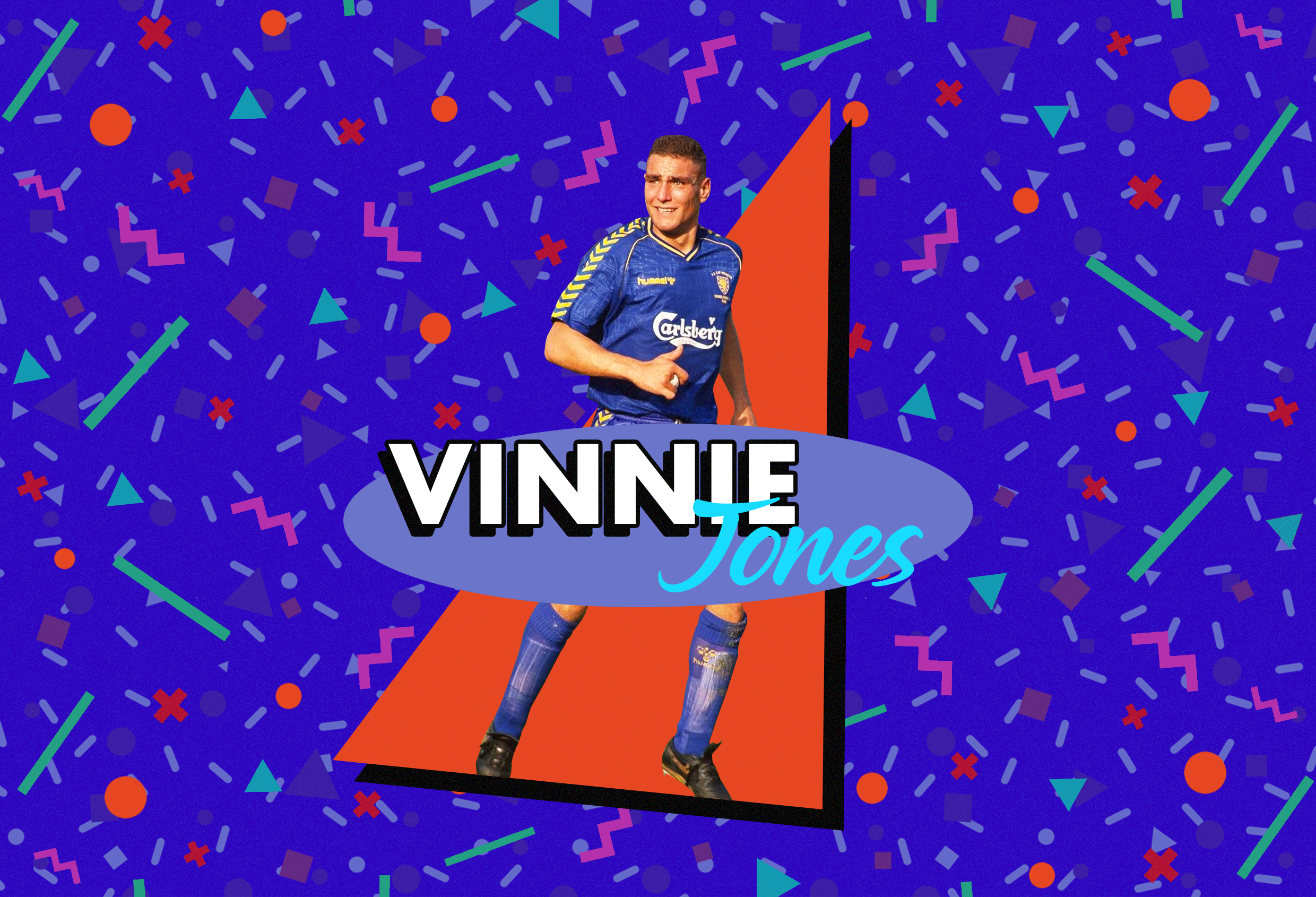 “I’m driving down a street with your head stuck in my window, what do you think I’m doing?” It was so unnaturally natural for Vinnie Jones to be stepping on the accelerator with Ewen Bremner’s neck jammed between the car window and roof, with Madonna playing on the radio. But just how had this hero of 1990s British football gone from being a player-coach for Queens Park Rangers in the 1998/99 season to starring in a Guy Ritchie movie a year later?

Snatch wasn’t actually Jones’ first foray into acting. Before he became Bullet Tooth Tony, he’d been Big Chris in another Ritchie film, Lock, Stock and Two Smoking Barrels, two years’ previously. It was thanks to his hard-man attitude on the pitch that he’d been selected for these early roles, launching an acting career that’s still going today and that’ll someday soon see him earn his 100th credit.

While he might not have known it at the time, Jones’ gnarling performances at Plough Lane and Selhurst Park were the auditions for his later career. Yet whenever he stepped past the white lines, the only objective in mind was to win football matches.

Born in Watford, Jones hoped a career in football could start out at his local side, but Watford Boys rejected him for being too small. They’d have been shocked, then, when he sprouted to 6’2” by the age of 18. Non-league Wealdstone benefitted from Jones’ new-found physicality, as did the building sites he worked on by day as a hod carrier.

Jones then pursued a full-time professional career and, following a brief stint with Swedish side IFK Holmsund, was sold by Wealdstone to Wimbledon in 1986 for £10,000, in time for the Dons’ first season in the top flight. It didn’t take at all long for the midfielder to settle in and to embrace the battling culture overseen by manager Dave Bassett, scoring the only goal in a 1-0 win over Manchester United in one of his first appearances. Then, in his second season, came the defining moment of his career. No, not the grabbing of Paul Gascoigne’s crotch – the FA Cup win.

Against all odds, Wimbledon, then managed by Bobby Gould, marched on to lift the cup by conquering the mighty Liverpool. Wins over West Brom, Mansfield, Newcastle Watford, and Luton had set up this David and Goliath clash at Wembley. With Liverpool having just won the league title, and with Wimbledon having finished seventh, just 11 years after being admitted to the Football League, many expected this match to be a procession for the Reds on their way to a double.

Yet this David didn’t merely have a slingshot. This David had heart, bravery, aggression and the studs of a pair of football boots – and this David wasn’t afraid to use them. “At 3.01pm, Vinnie went in for a tackle with Steve McMahon and that was the key moment,” John Fashanu, still a close friend to Jones, said afterwards. “The tackle started at his throat and ended at his ankle. That was the game won. Psychologically, we had made our mark.” 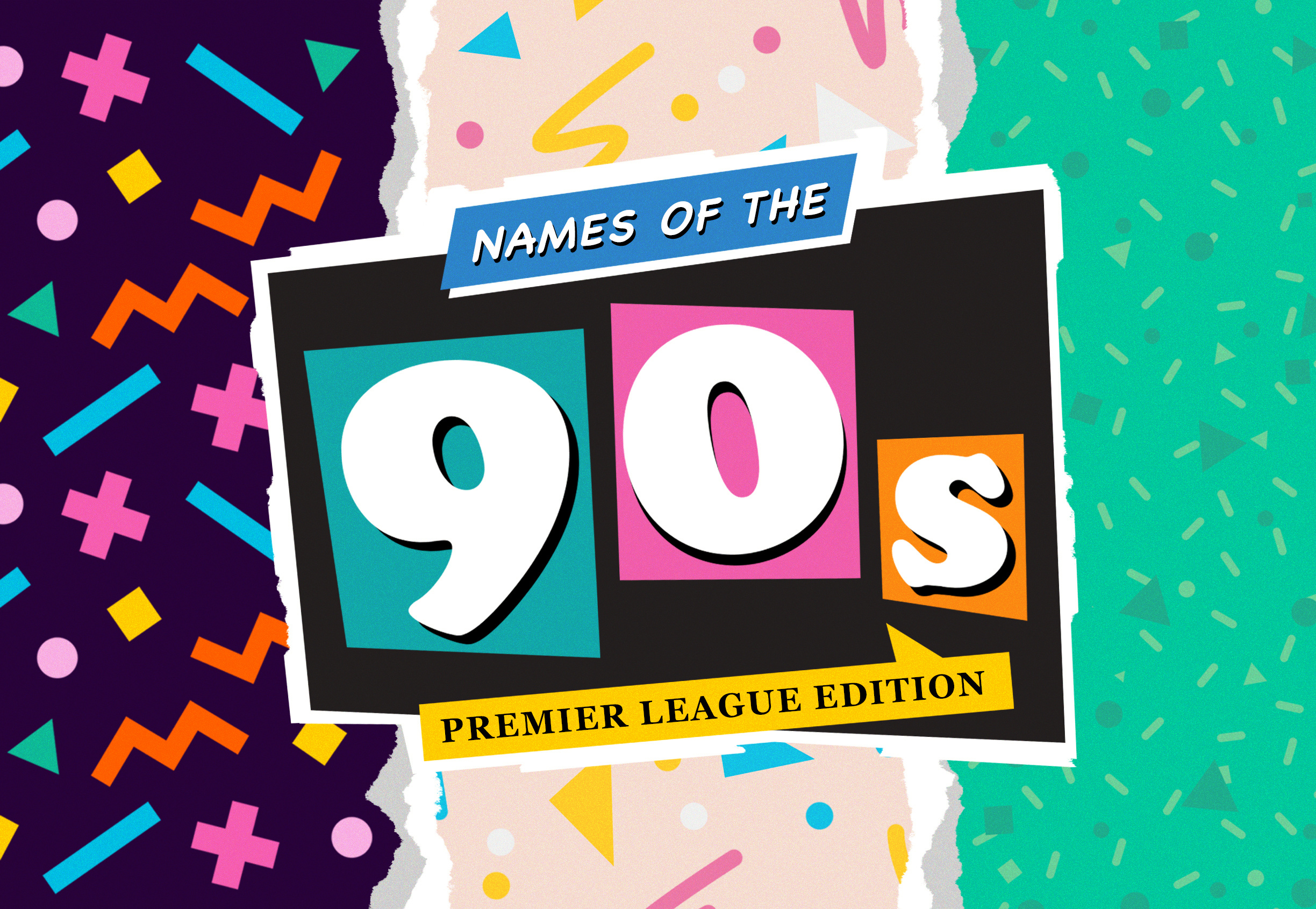 Even if Fashanu’s theory was slightly exaggerated, and not completely factually correct, as Jones’ first bad foul came a few minutes later, there was still something to it. Of course, there was also a lot more to the victory overall, as the final was also won thanks to Lawrie Sanchez’s header, the disallowing of Peter Beardsley’s goal, and captain Dave Beasant’s penalty save from John Aldridge.

All of this combined to earn a 1-0 victory for the underdogs, the moment Jones considers his happiest ever in football and one he celebrated with a tattoo on his right leg. “The Crazy Gang have beaten the Culture Club,” gasped John Motson at the full-time whistle, and Wimbledon’s mythical nickname properly took hold from that moment onwards.

Jones, though, was soon on his way to Leeds, moving north in 1989 and helping the side win the Second Division in his only season at Elland Road. A reunion with former Wimbledon manager Bassett at Sheffield United followed, before a season with Chelsea. Yet he was back where he belonged before long, with a 1992 return to Wimbledon for the first-ever Premier League season.

This time he stayed for six years and, even if the Dons were ever so slightly less crazy than before, Jones remained one of the toughest players in the league. He became one of the faces of English football during those years in the mid-Nineties.

In one match against Manchester City in 1992, he picked up the quickest yellow card in an English football match for a barge just five seconds after kick-off. These were the kinds of incidents he became notorious for. While most players’ disciplinary history could be recorded on a couple of pages of paper, Jones would have had an entire filing cabinet dedicated to him at the FA’s headquarters. There were 13 red cards during his career, while there’s more chance of correctly guessing the number of jelly beans in a candy shop’s jar than accurately stating the number of times Jones was shown a yellow.

What is often forgotten about Jones, though, is that he could play. While some labelled him as a mere thug and likened his role to that of an enforcer in ice hockey, he also had some talent in his boots. You can’t spend over a decade in the Premier League without it. “I never played in training like I did in games,” he recalled in an interview after retirement. “I didn’t smash anyone in training and loved pinging it about, but when I crossed that line, at 2.55pm on a Saturday, I had a chemical imbalance that kicked in.”

He was considered enough of a talent to be called up to play for the Wales national team, qualifying through a grandfather and making his first appearance in 1994. By the time of his sixth cap, Jones had already been promoted to captain after the rest of the squad members voted him as their leader. “I haven’t been so emotional for a long time, but that’s how it makes you feel when your fellow professionals vote you their captain and leader,” said Jones, who has a Welsh dragon tattooed across his chest.

While the players made that decision, they had the backing of manager Gould, who already knew Jones from Wimbledon and who labelled the midfielder “underrated”. Jones only made nine appearances for Wales, having had to wait until the age of 29 for his first call-up and having retired just a few years later, and he never tasted victory during his international career.

Wherever you looked in the mid-90s, Jones was there. On international weekend, on Match of the Day, in both penalty areas and in the gritty heart of midfield. On one occasion, in a 1995 match against Newcastle, he even went in goal for over half an hour, after a red card was shown to Paul Heald, and was actually rather adept there too, even if he did concede three times. “Never a man to shirk a challenge,” the commentary stated as he walked towards goal, bowing before the St James’ Park crowd before taking his place.

Not only did he not shirk this challenge, he relished it and was the focal point of the match in his big shiny green jersey. That may just be the best summary of Jones’ playing career: he was the focal point. For reasons good and bad, you couldn’t take your eyes off him and it’s little surprise that he moved from the little screen to the big screen.

While he initially seemed keen to move into management and joined QPR as assistant to Ray Harford in 1998, he was overlooked for the top job after Harford’s departure and eventually decided it was time to hang up his boots and to move into the world of acting on a full-time basis. “I’ve been backed into a corner too often and been on a downward spiral for too long, but now I’ve got a chance to get out and I’m taking it,” he said.

From that point, he has put together an impressive movie career and the twists and turns of his life in Hollywood remain another story for another day. In many regards, his acting career is the bigger story of his life and Jones himself admits that his footballing successes have become more of a footnote. “I speak to kids today and I’m not Vinnie Jones the footballer, but Vinnie Jones the film star,” he recently admitted. “I have to make them watch YouTube to find out what I used to do.”

His suggestion is a good one. Certainly, a lengthy YouTube session reminiscing over Jones’ antics from the 90s deserves to be screened at Leicester Square as much as any of his movies.