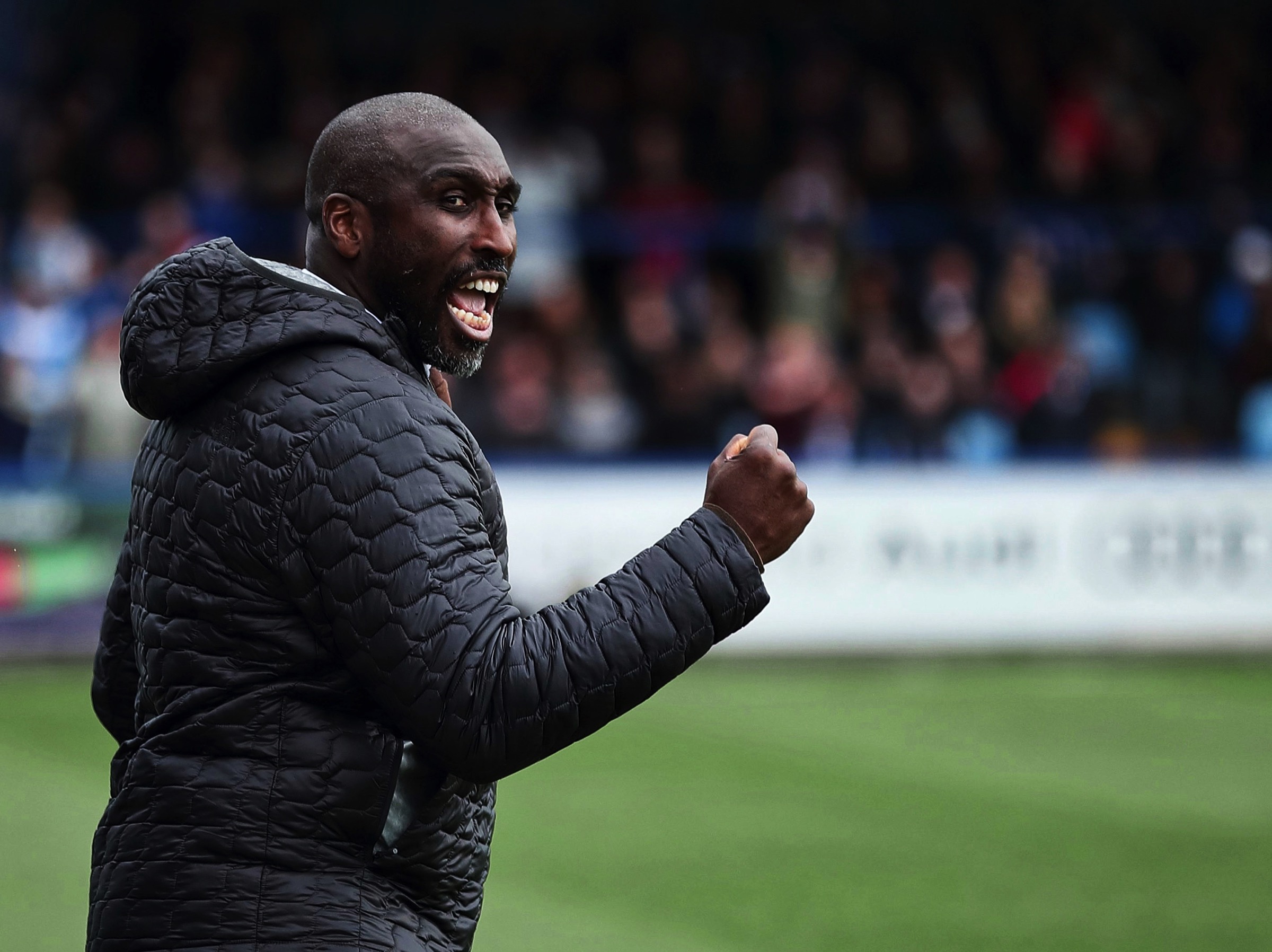 Sol Campbell is one of the best-known figures in English football. During his glittering playing career, he captained Tottenham, became an invincible with Arsenal, and picked up 73 caps with England. Apart from missing out on a Champions League winners medal in 2006, there wasn’t much he didn’t achieve in the club game.

He is also an intriguing individual. In the summer of 2001, he stunned the game by making the controversial move from Spurs to Arsenal. After he retired, he ran for the Conservative Party nomination for Mayor of London. And, before he even had his first managerial job, he told The Times his destiny was “to lead a top team in Europe”. Make no mistake, Campbell is a unique character.

His bid to manage in Europe began shortly after he retired in 2012, when he started coaching at the Gunners. Inspired by working under a great like Arsène Wenger, and Harry Redknapp and Glenn Hoddle, he expressed his desire to become a manager, believing he had what it took to succeed.

But he feared he wouldn’t get an opportunity due to the colour of his skin: “There are no opportunities for me here, not until attitudes change anyway,” Campbell told The Guardian in 2013. “Everyone has to ask themselves why there are not more black managers in this country. I’ve spoken to other black players who want to coach and they feel the same, that attitudes here are archaic.”

The evidence supports Campbell’s view. In a 2015 League Managers Association report, only four of the 92 managers from the Premier League and Football League were BAME (Black, Asian and Minority Ethnic) individuals – Chris Houghton at Brighton and Hove Albion, Jimmy Floyd Hasselbaink at Burton Albion, Ricardo Moniz at Notts County and Keith Curle at Carlisle United.

This equates to just 4.35 percent of managers, a damning statistic considering approximately 25 percent of players are BAME individuals. For those who bother to scratch beneath the surface, there is a clear subconscious prejudice at boardroom level; a failure to see BAME individuals as candidates. It’s one of English football’s most disturbing and ugly truths. 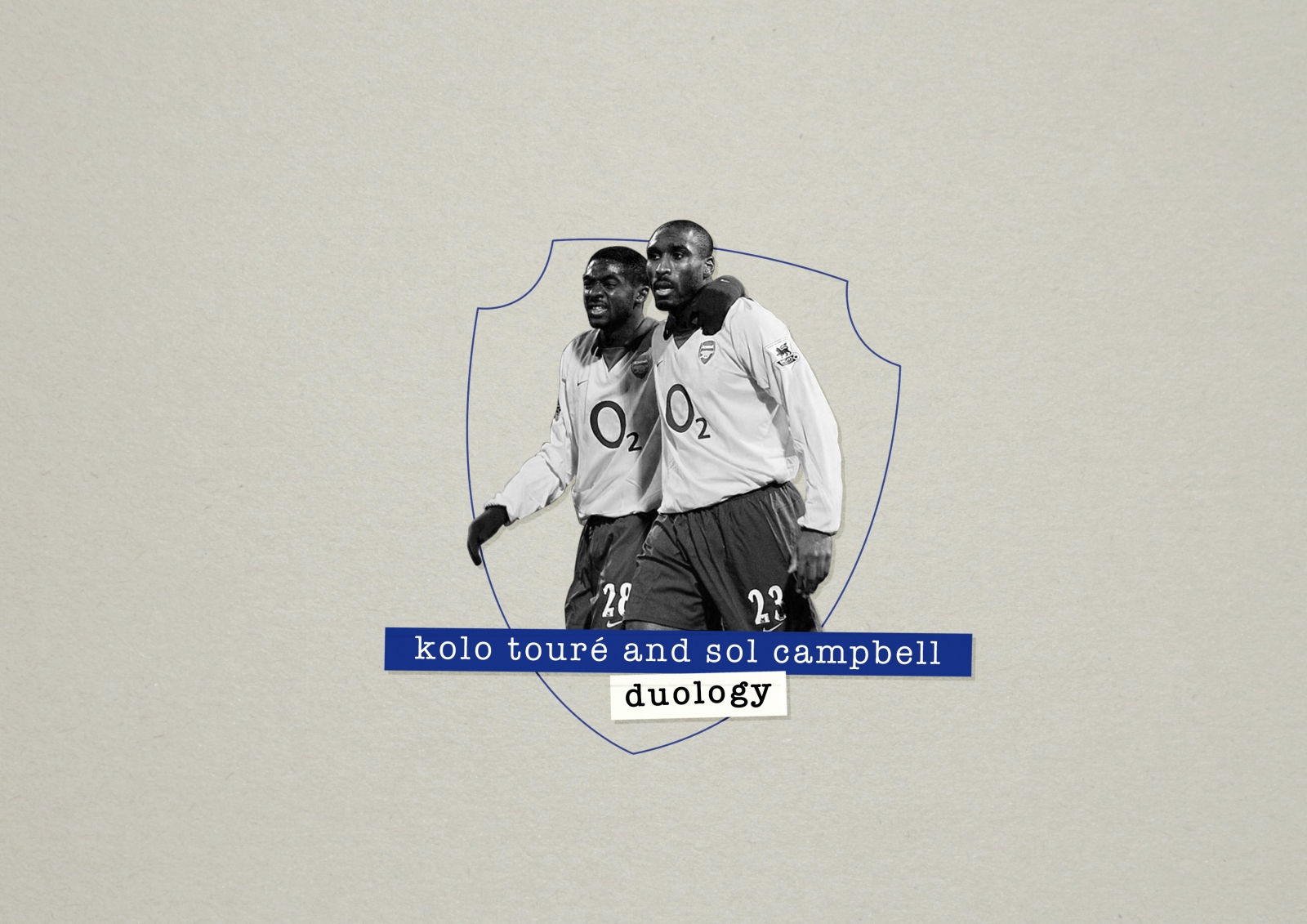 Read  |  Kolo Touré and Sol Campbell: the bedrock that propped up Arsenal’s Invincibles

Yet many didn’t accept this as the reason why Campbell couldn’t find a job. They believed he was over-confident, delusional and inexperienced, judging him harshly and ignoring the accomplished player he was during the previous decade. The man self-described as “one of the greatest minds in football” had become a joke to his doubters.

It would have been easy to give up and move into the comfort of the television studio or the security of obscurity. But Campbell’s desire didn’t diminish. “People may think that I just want to manage in the Premier League but I’m prepared to go to a non-league club,” he told The Guardian in 2017. “If they can’t pay me a salary just pay me a win bonus. I’m up for that … I’m itching to start, I just need a chance.”

That chance didn’t come and Campbell’s frustration only grew as his former England teammates eased into management. Gary Neville went to Valencia, Steven Gerrard found himself at Rangers and Frank Lampard got the Derby gig. All three appointed before Campbell; all three younger than Campbell; all three hired by big clubs.

But of all the appointments, it was that of Joey Barton at League One Fleetwood which really rubbed salt into the wound. Barton, a player who achieved only a fraction of what Campbell did and someone twice as divisive had been given his first managerial job within months of retiring.

Campbell’s marmite personality did hinder his chances of becoming a manager – no one can deny that. But if Barton’s appointment presents anything, it’s that being a character doesn’t stop you being a manager. In fact, this is obvious throughout history – as José Mourinho and Brian Clough would be all too quick to declare.

Eventually, though, he did get his chance. Yet it wasn’t just any old chance. He was taking over Macclesfield Town, a club dominated by a severe lack of funds, managerial instability, and every other club in League Two. In the year that preceded him joining, there were regular reports of players not being paid, two managerial departures in the form of John Askey and Mark Yates, and a dire run of form that left them seven points from safety when he was appointed at the beginning of October.

The fact that Campbell had to start in such a bleak position left some furious, including Paul Ince, who also began his managerial career with Macclesfield 12 years earlier. “It is a shame because when you look at what he has done in his football career, he is a legend,” Ince told Sky Sports. “It is sad that someone like Sol has had to go to that level to get a job.” 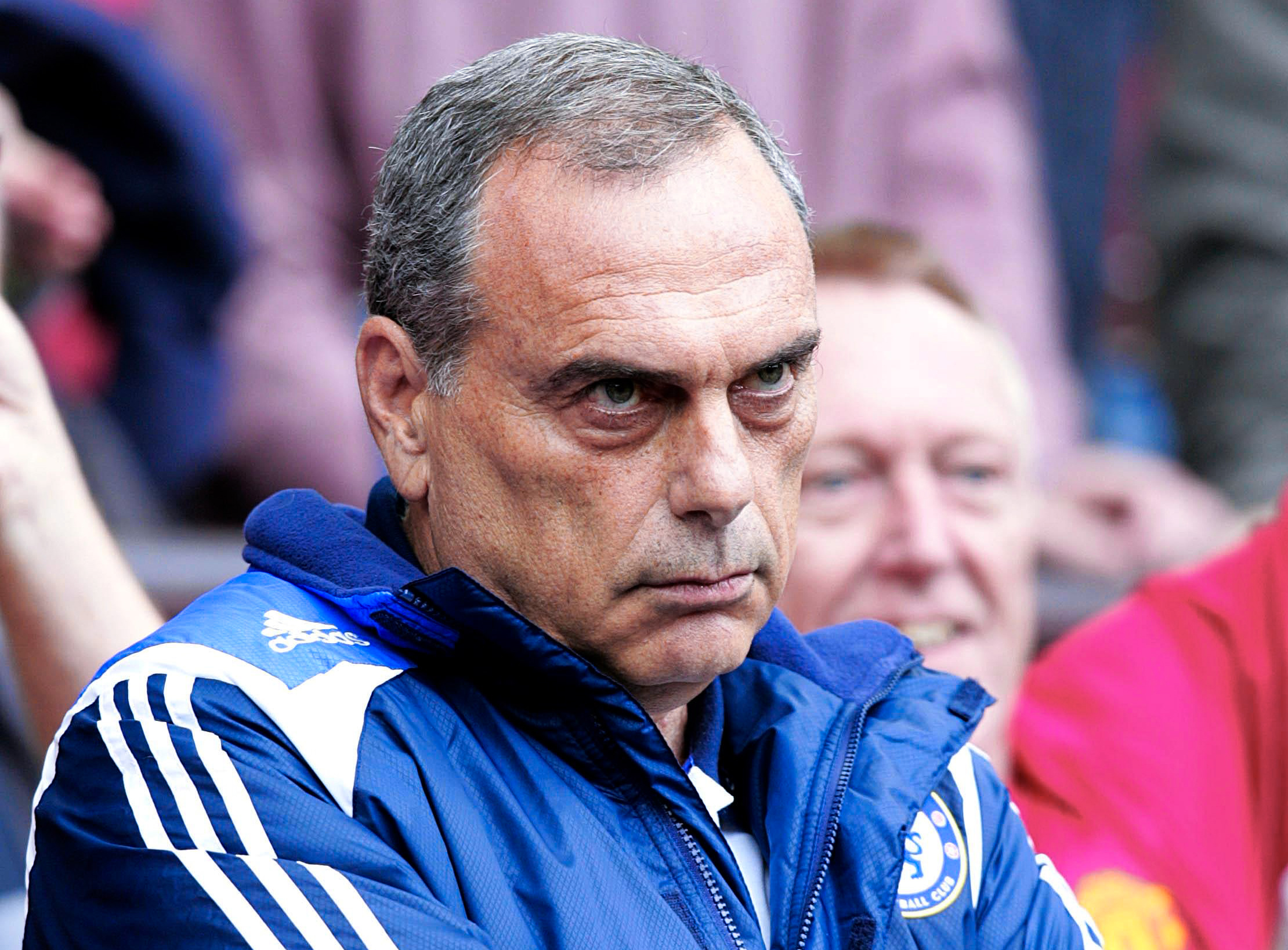 Read  |  In defence of Avram Grant at Chelsea: a victim of circumstance, anti-Semitism and gargantuan expectations

Nevertheless, it was the opportunity he’d been craving for; a chance to prove people wrong. He didn’t start well as Macclesfield suffered a 1-0 defeat at Colchester in his opening game, but after that things started to pick up. They recorded wins over Crawley, Grimsby and most importantly, relegation rivals Notts County. When they beat Oldham in January, they were just one point from safety.

But things began to fall apart on a dour afternoon at Cheltenham. Two-nil up at half-time, Macclesfield were just 45 minutes away from moving out of the relegation places. Down to ten men, however, they couldn’t hold on. Three second-half goals not only ended their hopes, but triggered the start of a nightmare run.

They failed to win any of their next seven games, slipping to six points from safety with just 12 fixtures remaining. If the job looked hard when he took over in October, it was now becoming an impossible dream – and if they were to lose their next game at the home of relegation rivals Yeovil, they’d be all but facing oblivion.

But they rallied, turning over Yeovil to start a five-match unbeaten run. By the time they beat Exeter on 9 April, they were two points clear of relegation with five games to go, the first time they had been above the danger zone since August. They went on to pick up another five points before the end of the season to finish 22nd and survive against all the odds. They’d pulled off the great escape.

“Not many clubs could have got out of that scenario,” Campbell told the BBC after the final game of the season. “As a manager, this has been a baptism of fire. There was a lot of pressure on me, too. I don’t think anyone wanted to take on the job when I took over, but I took it and put everything into it – my heart, my soul and my spirit. I have been committed to it because that’s what you have to do in football.”

After spending years talking himself up, Campbell had pulled off something magical at the first attempted. But the bigger clubs didn’t come in for him over the summer. Instead, he had to watch his former colleague, Lampard, unveiled as the new Chelsea manager – despite failing to get Derby, one of the most ambitious sides in the Championship, into the Premier League.

Provided with limited resources, Campbell has since left Macclesfield on amicable terms, despite some newspapers claiming he was missing pay. “Macclesfield Town gave me a great beginning in the managerial side of the game and fantastic learning curve which I am truly grateful for,” he uttered upon leaving. 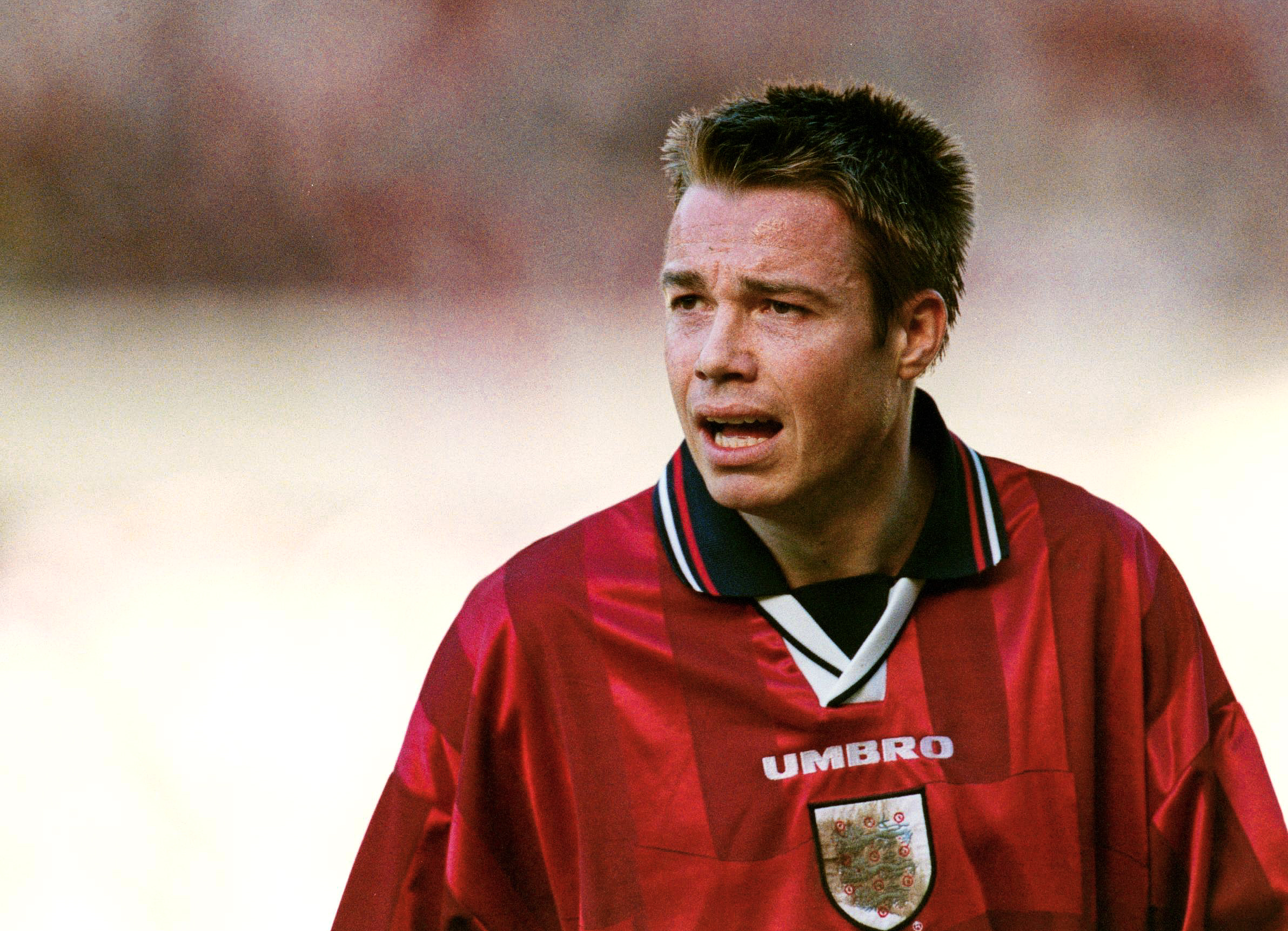 The question now is where will he go from here? Based on his CV – a goalscorer in a Champions League final, a member of the 2002 World Cup team of the tournament, an escapist in his first managerial role – he deserves a chance in the second tier of English football, if not higher. And one would imagine this is what he will be aiming for.

Over the course of the 2018/19 season, there were nine managerial changes in the Championship, with the earliest coming in October. Modern football’s managerial merry-go-round will always ensure there is an opening on the horizon.

And, at the very least, Campbell will get the chance to make a claim due to the EFL’s new ruling that clubs must interview at least one BAME candidate when searching for a new manager. This legislation, brought in over the summer, will place BAME candidates into the consciousness of chairman everywhere and will help breakdown outdated stereotypes.

But while the opportunities have never been greater thanks to this bold, positive move, there’s still a long way to go. Clubs may still choose not to hire BAME candidates and, crucially, it will take years for statistics to improve to a credible level. For BAME candidates with ambitions of coaching, theory must become practice.

However, Campbell is an individual who can help make this happen. A resilient and assured character with a stellar job at Macclesfield under his belt, his foot is now firmly in the managerial door. If his career carries on the way he wants it to, he may just kick it wide open for BAME candidates everywhere.

People will still have their doubts over him, and that will be the case for a long time yet. But do so at your peril. Campbell has already proven many wrong with his exploits in League Two. If given the chance, he may just fulfil his ambition of becoming a top European manager, an achievement which will change English football for the better.