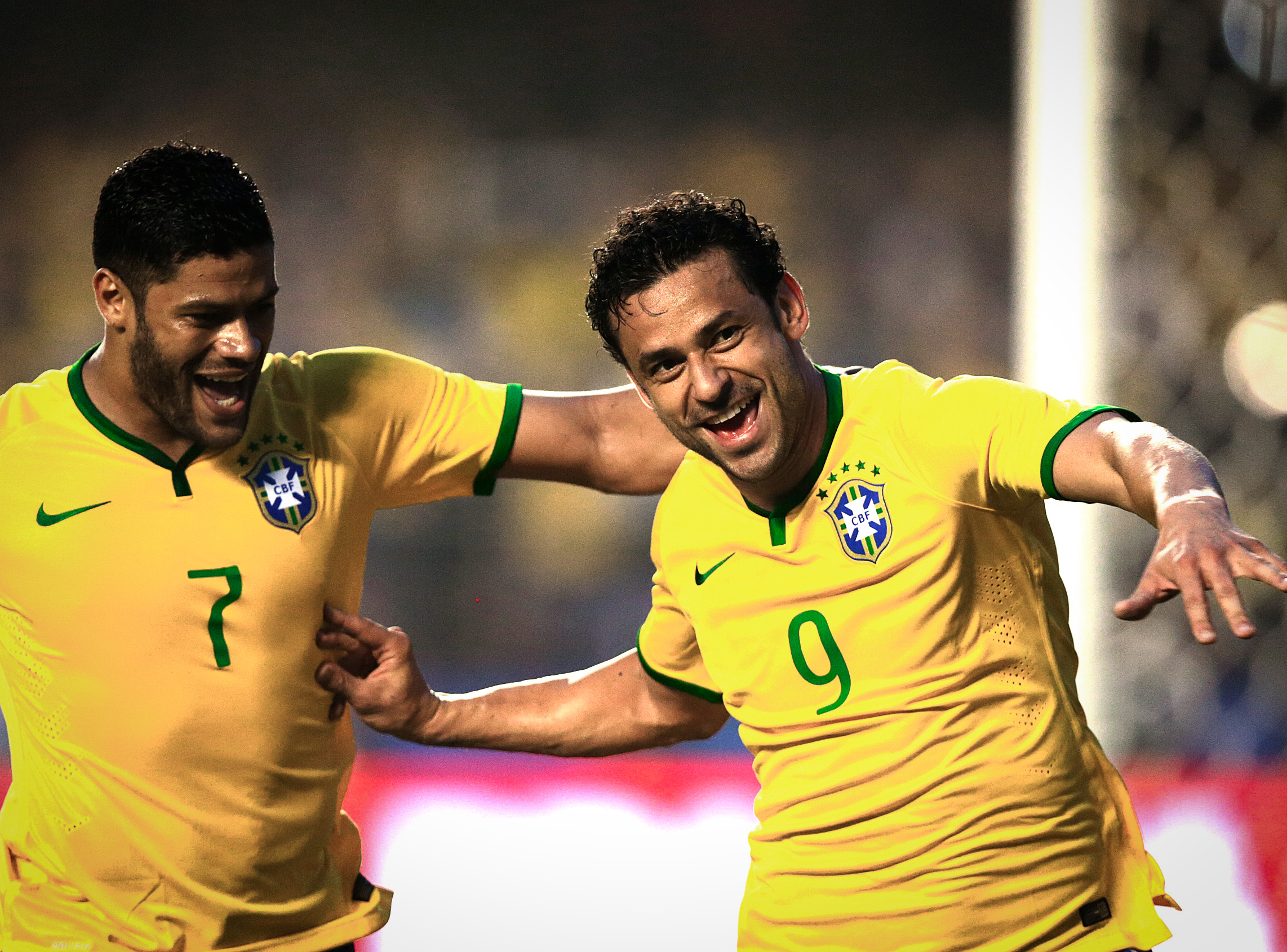 The date of 8 July 2014 sends shivers down the spine of every Brazilian football zealot, from northernmost town Roraima to the southern settlement of Chui. Germany thrashed Brazil 7-1 in the World Cup semi-final on their patch in Belo Horizonte.

Thomas Müller, Miroslav Klose, Toni Kroos, Sami Khedira and André Schürrle had fired Joachim Löw’s side seven goals in front, before Oscar’s 90th-minute consolation, which led to a selection of the most emblematic images in World Cup history: supporters clutching their Seleção flags left for home early and famous superfan, Clóvis Fernandes, was pictured clutching to his replica World Cup trophy before handing it to the German supporters who had rushed to console him.

Luiz Felipe Scolari’s side had done well to reach the semi-finals stage, coming through a tough group with Mexico, Croatia and Cameroon before beating Chile and a James Rodríguez-inspired Colombia – but anything less than a sixth world crown wasn’t going to be enough.

Indeed, on a night when Klose scored his 16th goal in World Cup competition to edge past Ronaldo’s record of 15, Scolari’s side, without injured pair Neymar and Thiago Silva, stood and watched Germany attack and attack and attack. Eleven fast, German supercars made their way around an intricate track of well-branded traffic cones before reaching the finishing line in double-quick time whenever they pleased.

It appeared, though, that one man was to blame for Brazil’s demise: Frederico Chaves Guedes. The bestial football fans of the nation that had produced Pelé, Romário, Ronaldo and Ronaldinho selfishly demanded an equally adroit forward and refused to give Fred the approbation he deserved.

Scolari, of course, wasn’t as spoiled as the Brazil managers before him when it came to choice in attack, with Jô and Fred his only options, but the latter was – and still is, in fact – a supreme goalscorer. Brazil’s fans would do well to remember it, having booed pictures of his forlorn face when he was replaced by Willian. 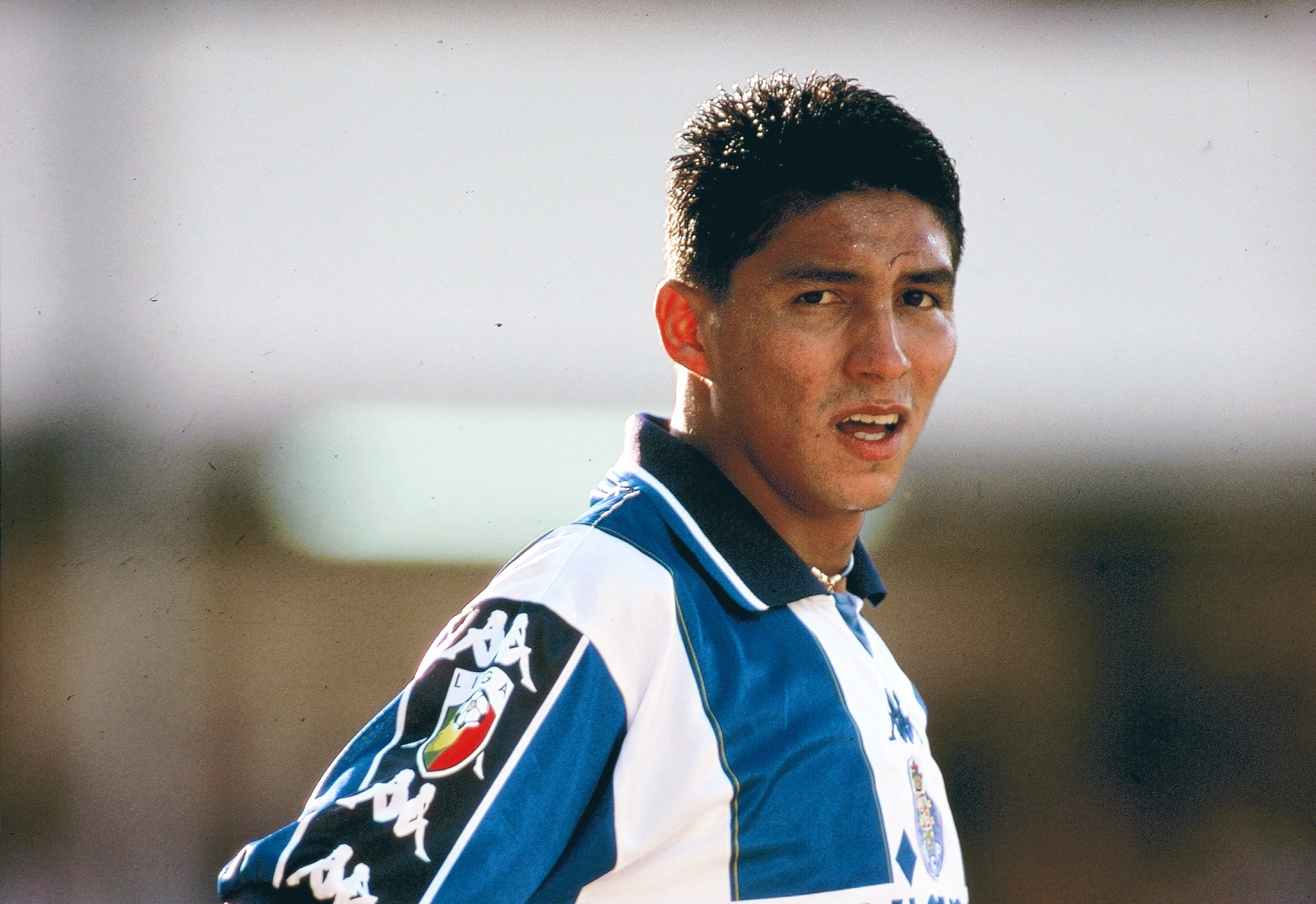 Read  |  From 54 goals in a season to drug addiction: the rise and fall of Mário Jardel

The 35-year-old was born in the northern city of Teófilo Otoni. Poor soils for agriculture and a lack of industry make it a municipality from which many locals move elsewhere in search of work. Perhaps that why Fred has always been far from a showman and remained quiet and thankful for his position – but his silence became to his detriment when the watching world asked questions of him.

He was an easy target for the fans searching for reasons for their team’s collapse. He is not as accomplished as many of those before him, but, largely, he did the job asked of him. Many of those around him, however, did not. Knowing one’s limitations is a skill in itself, and Brazil’s defence, without Silva, opted for a cavalier approach similar to Napoleon’s at Waterloo. Both finished in disaster.

David Luiz, at the time the world’s most expensive defender after moving from Chelsea to Paris Saint-Germain for £50m a month earlier, guarded his goalkeeper, Júlio César, pitifully and should have taken the brunt of the criticism despite his wonderful free-kick against Colombia four days prior.

In Dante, Luiz Gustavo and Marcelo, Scolari had three winners of the Champions League in the previous two seasons, with Bayern Munich and Real Madrid. Fernandinho had just won his first Premier League title in his debut season with Manchester City, but he would have struggled to break into the City side of 2000/01, which was relegated from the top flight, on this evidence.

Fred knew that he was an out-and-out number nine and nothing more. He didn’t have the pace to beat his marker in wide positions, like Bernard should have, and nor did he have the trickery to drop into the midfield and carry the ball akin to Neymar. After his display against Germany, he was maligned and criticised akin to Serginho, Brazil’s striker during the disappointment of Spain 82.

Like Serginho, Fred has been an imperious goalscorer in his home country. Currently enjoying his second spell with Cruzeiro, he made his senior debut in 2003 for Belo Horizonte-rivals América after coming through the club’s youth system. 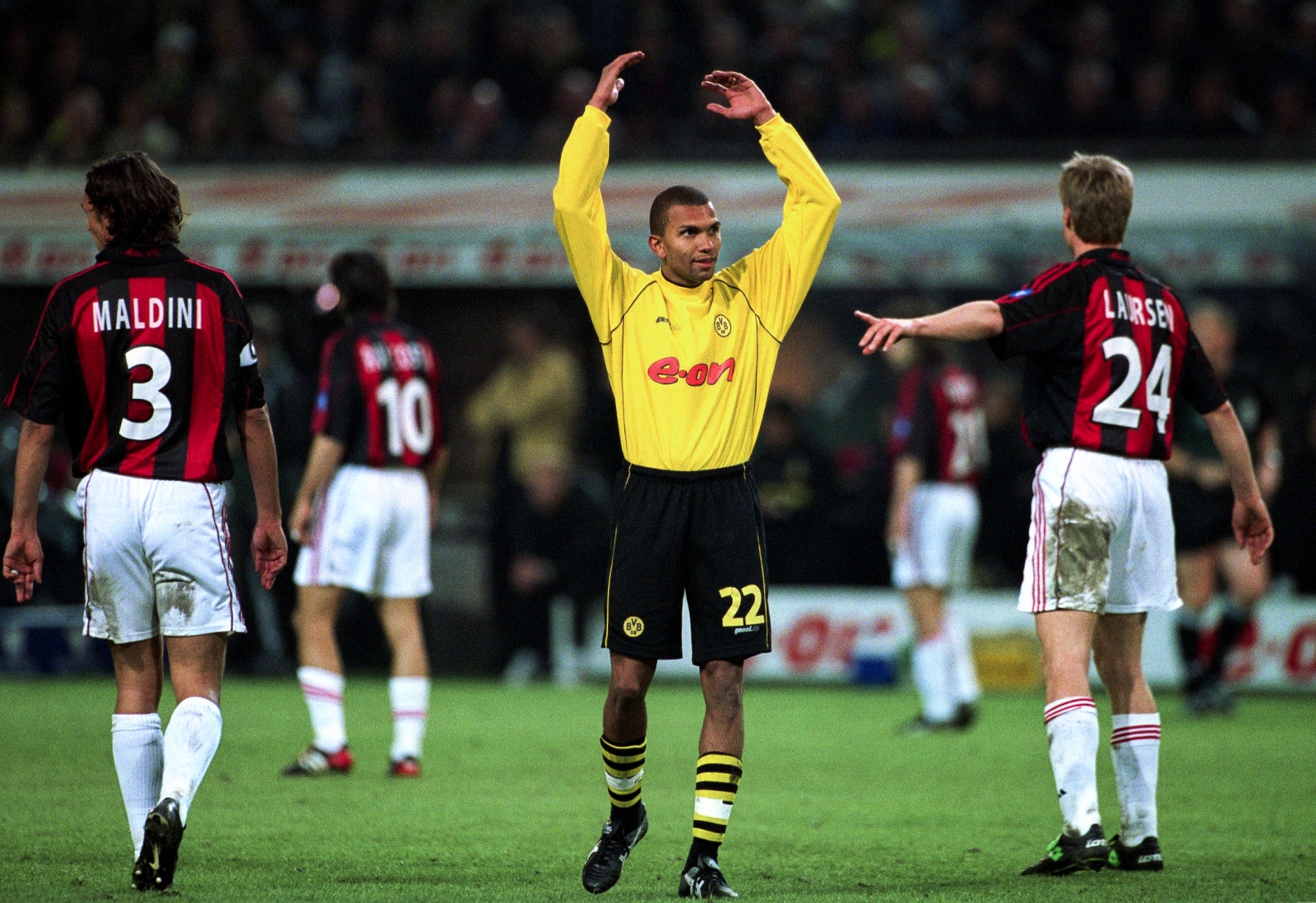 Read  |  The forgotten gifts of Márcio Amoroso, once one of the world’s most potent forwards

In his debut season at senior level, aged 20, he scored a credible seven goals in 19 appearances as his side finished in 22nd place in the Série B, one above the relegation zone. His good form in a poor side attracted the interest of Feyenoord, who sought an extra goal threat to overcome the brilliance of Ajax in the Eredivisie. In Fred, they nearly found one: he was due to travel to the Netherlands but he opted instead to move to Cruzeiro.

In his debut campaign in the Série A in 2004, he scored 14 goals in 24 games as Ney Franco’s side finished in 13th, after winning the title a year previous under Vanderlei Luxemburgo. In 2005, he scored 10 in 19 league appearances to secure qualification for the 2006 edition of the Copa Sudamericana, and he felt ready to move to Europe.

After interest from AC Milan, he decided on a move to reigning Ligue 1 champions Olympique Lyonnais. The French club had only recently sold Michael Essien to Chelsea in a deal worth €38m, and spent €15m on Fred to maintain their stronghold over French domestic football.

By this point, he had scored his first two international goals, against the United Arab Emirates in an 8-0 friendly win. He continued his excellent goalscoring form with Lyon, scoring 14 goals in the 2005/06 season as Gérard Houllier’s side retained the title ahead of Bordeaux.

He was named in Brazil’s 2006 World Cup and scored against Australia to fire Carlos Alberto Parreira’s side to the round of 16. After the Seleção lost to France at the quarter-finals stage, he entered the 2006/07 season in good form. He finished the campaign with 11 goals as Lyon, for the sixth time in a row, were crowned French champions.

His finest moment of the season was a well-taken goal against Real Madrid in the Champions League in September 2006. He controlled a pinpoint pass from the team’s midfield lynchpin, Juninho Pernambucano, and held off Sergio Ramos and Fabio Cannavaro before lifting his shot over the onrushing Iker Casillas into the vacated net. It was a goal of sheer beauty. 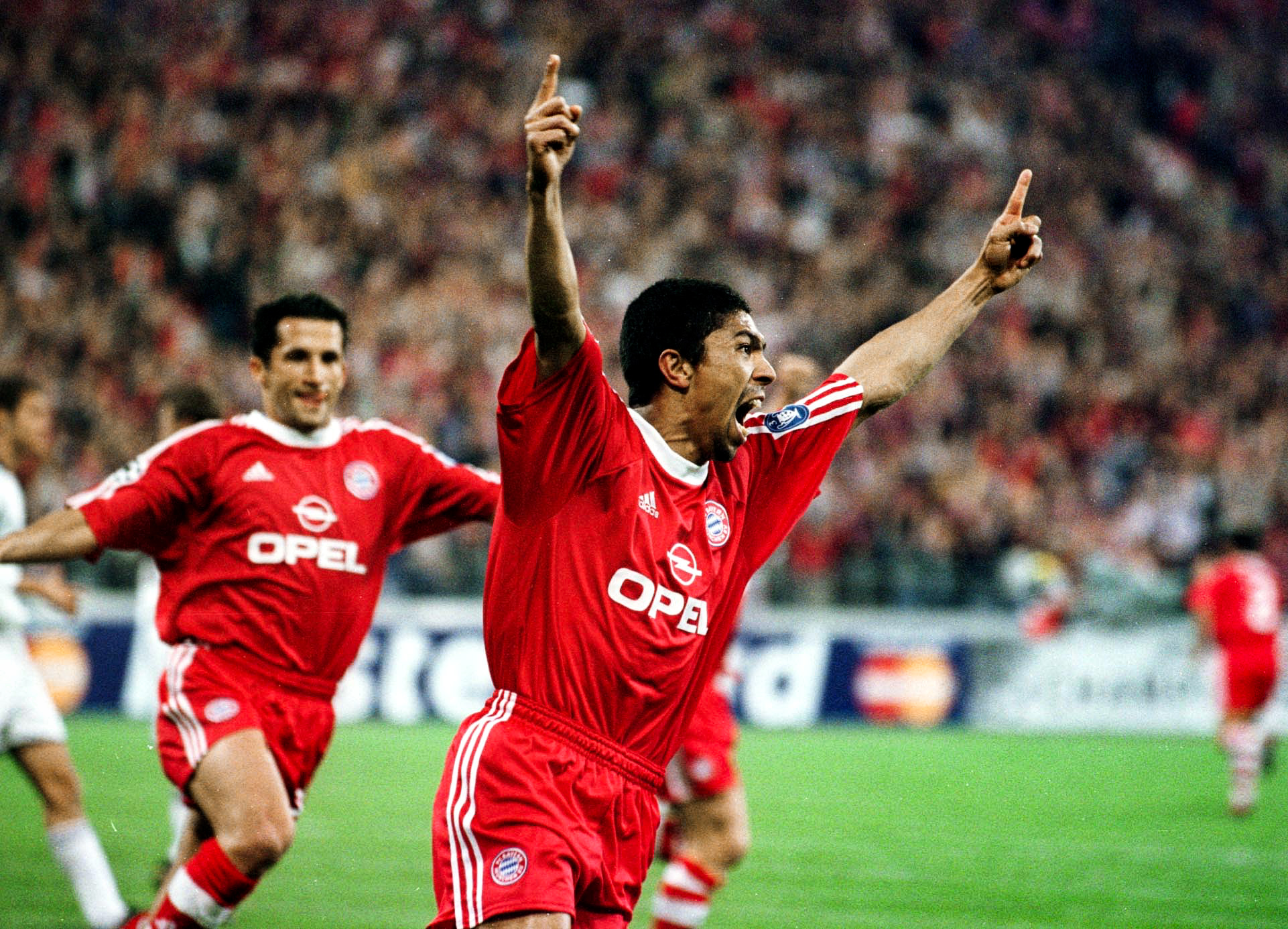 The 2007/08 campaign, under the management of Alain Perrin, saw the emergence of Karim Benzema at the Stade de Gerland. He had been largely restricted to substitute appearances in his first three seasons in the first-team, but he earned a regular starting place when Fred missed the beginning of the season with a broken metatarsal. He finished the season with seven goals, compared to the future Real star’s 20, but he was still vital in claiming Lyon’s seventh-successive Ligue 1 crown.

Benzema continued his excellent form into 2008/09, which left the Brazilian looking for a move elsewhere in order to secure a place in his side’s 2010 World Cup squad. He moved to his homeland at the start of 2009, signing for Fluminense after Lyon agreed to cancel his contract.

He proved to be inspirational for his new club. He scored twice on debut in a 3-1 win against Macaé in March 2009, and scored ten more to save the Tricolor from almost-certain relegation from the Série A. Cuca’s side spent the first 27 weeks of the season in the drop zone, before seven wins in the final 11 matches saw survival secured by one point at the expense of Coritiba.

In an unprecedented turnaround, Fluminense won the title in the 2010 season, two points ahead of neighbours Cruzeiro. Fred enjoyed excellent early-season form, scoring in four consecutive games against Atlético Mineiro, Vitória, Avaí and Barueri, but suffered a thigh injury that kept him out for much of the campaign. He returned to score in a 4-1 rout of São Paulo to fire his side back to the top of the table with two games remaining. He won four league titles between 2006 and 2010 in France and Brazil.

His injury ruled him out of the 2010 World Cup,but he returned to full fitness by the 2011 season. He was powerless to stop Corinthians’ triumph, but Fluminense had their revenge by winning the 2012 title a year later. He had scored 104 goals in 152 appearances in all competitions at the Maracanã-based club, winning two league titles in four seasons after arriving amidst the danger of relegation in 2009.

In both 2011 and 2012 he was awarded Brazilian football’s Silver Ball, which is presented to the best players in each position. As a requisite, he took a place in both editions of the country’s Team of the Year. In 2012, his time in his homeland was embellished with the Série A Player of the Year award, with the disappointment of missing a penalty in Brazil’s shootout defeat to Paraguay in the 2011 Copa América behind him. 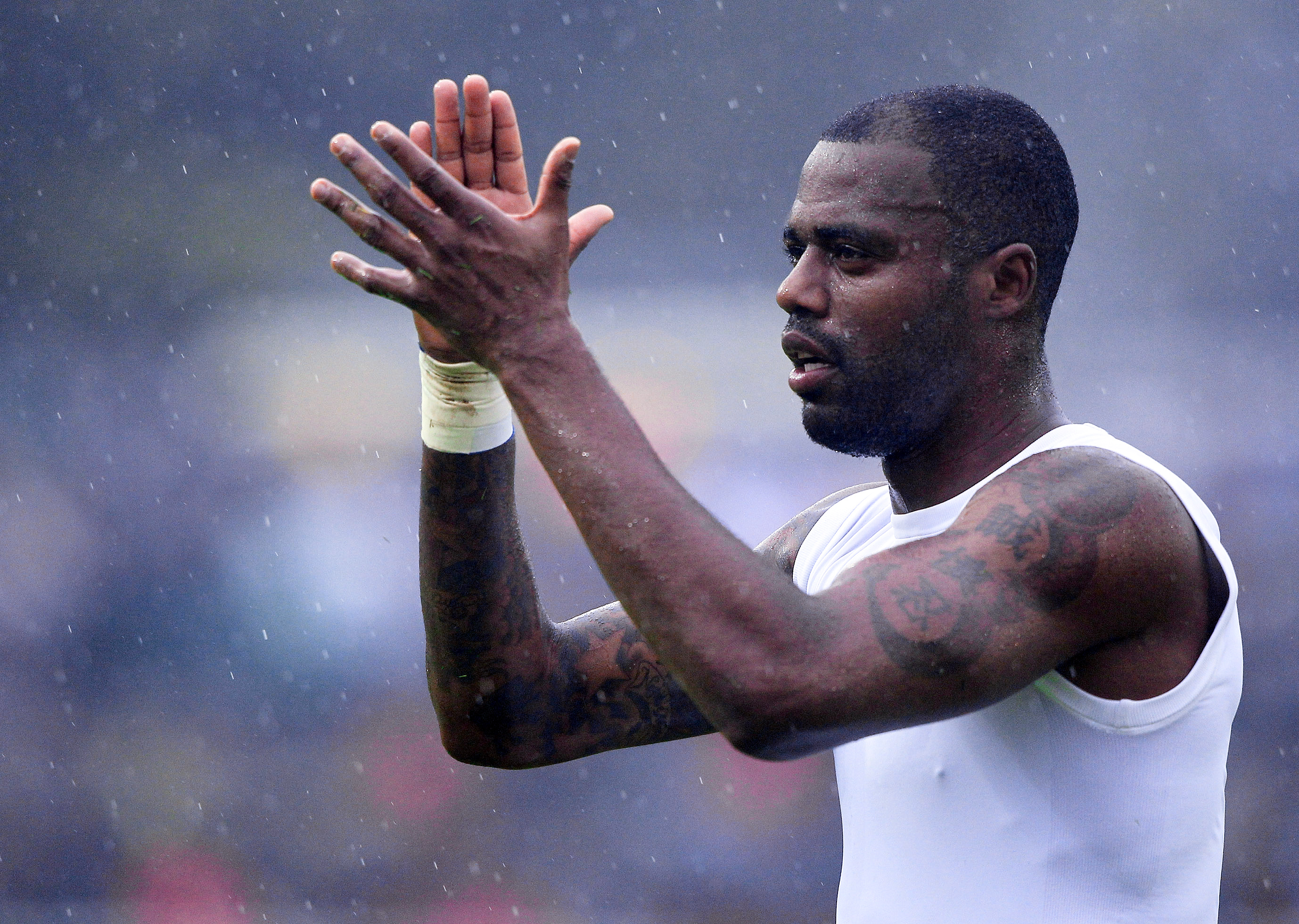 Read  |  The fleeting brilliance of Grafite, the man who fired Wolfsburg to the title

His 2013 domestic season was disappointing, owing to a hamstring injury, but he was lauded by Scolari as Brazil’s first-choice striker and finished as joint top goalscorer at that year’s Confederations Cup, alongside Fernando Torres, with five goals. He scored a brace against Italy, against Uruguay in the semi-final, and twice against Spain in the final in a 3-0 win.

Mid-table mediocrity followed with Fluminense, but he had done enough to secure a place in Scolari’s 2014 World Cup squad. He won a penalty from Dejan Lovren in the opening game of the tournament, as the hosts beat Croatia 3-1, but the Seleção faithful were left wanting against Mexico. As is the case in many 0-0 draws, fans are quick in criticising the forwards but do not afford either goalkeeper enough praise. This was the case for Fred, who was thwarted by the brilliance of Guillermo Ochoa on multiple occasions before he was replaced by Jô in the second half.

Against Cameroon he did find the net, with a header from a David Luiz cross as his side triumphed 4-1, but this wasn’t enough to win the crowds over. If the raucous, dissonant Brazilian supporters were expecting free-flowing, attacking displays, they needed to fire up their time machines and travel back to 1982; this Brazil squad, aside from Neymar, was of a different ilk to their predecessors.

The years of focus on a physical presence in the country’s domestic game, as opposed to the skill and guile – Ginga – that Brazilian footballers are largely associated with, took their toll and left Fred to take the brunt of the fallout.

In the age of social media and round-the-clock sports coverage, he was scapegoated and maligned for his every move; how Serginho must thank his lucky stars that he didn’t love through the era of the meme.

Fred’s goals at the Confederations Cup in 2013, as well as his inspirational displays for Lyon and Fluminense, were forgotten as soon as referee Marco Rodríguez blew his final whistle to confirm Germany’s place in the final. But continued success in Brazil, including 24 goals in two years at Atlético Mineiro before a move back to Cruzeiro last year.

The team’s ugly duckling, he was the unfashionable presence who was dispensed of as quickly as possible. Despite that, he didn’t run his mouth or lay any blame at the feet of his teammates, when it would have been easy to come out on the attack. After 18 goals in 39 caps, he never played for his country again.