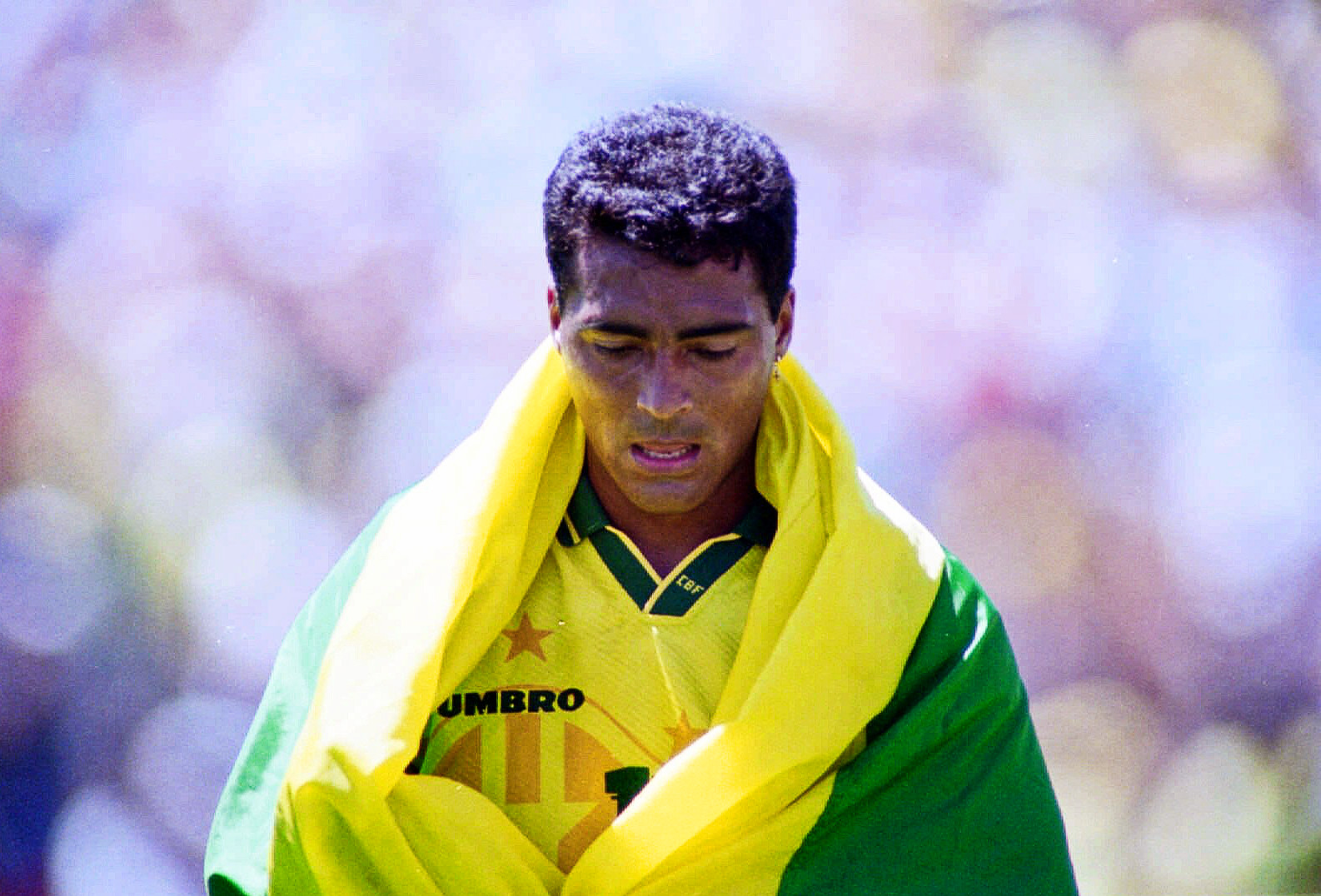 This article was first published in the Brazil issue of These Football Times magazine. Support our journalism by ordering a copy for yourself, as a gift to someone, or for your workplace.

How does one define what makes a truly great goalscorer? The knack of finishing an array of chances with unerring quality? The combination of sublime technique with innate, predatory movement? Or perhaps the ability to produce moments of magic in the most high-profile of situations? If any, or indeed all, of the above are used to adjudicate such a title, then Brazil’s Romário must be at the forefront of any debate.

Much like many of South America’s brightest stars, Romário de Souza Faria’s story starts in poverty. Born in 1966, he began life in Jacarezinho, Rio de Janeiro’s second-biggest favela. His father, Edevair, was desperate for his son to prosper beyond the borders of the urban municipality and was overwhelmingly enthused when the youngster began to develop an aptitude for the game he held dear.

Romário joined boyhood side Olaria aged 13 and immediately attracted attention. Despite his small stature, the budding striker used his low centre of gravity and stocky legs to his advantage, exploding past opposition players before they could get their bearings. Having mastered close control from playing 30-a-side games in the concrete jungle to honing a plethora of skills on the white sandy beaches, the Brazilian was a defender’s worst nightmare.

Surprisingly, then, rejection came two years later, when, after trials with regional giants Vasco da Gama, a dismissive coach deemed the adolescent too small to make it in the professional game. Such a knock-back could have de-railed many prospective talents, but not Romário’s. Decades later, he would brashly retell how it only fuelled his ambitions to chase his dream. “Find a prick to slag you off and motivate yourself with this challenge.” Romário went on to net four times past Vasco in a youth game, before they duly reconsidered and signed him in 1981.

Having come from little means, it was clear Romário was enjoying his elevated social profile. His sensational talent was bound with a love for the anarchic and it was evident from an early age that both would play a significant role in shaping his career.

Read  |  Pelé: the Brazil legend yet to be toppled

The striker was embroiled in controversy at the 1985 World Youth Championship when caught urinating off his hotel balcony in Moscow, and he was consequently sent home in disgrace. Three years later, the boy now nicknamed Baixinho (Shorty) due to his diminutive five foot five inch frame would shine for Brazil at the 1988 Olympics, scoring seven times en route to the final. The tournament proved that having Romário at his dizzying best was well worth tolerating his mischievous worst, and those breathtaking displays earned him a big break, securing a transatlantic move to Dutch club PSV.

De Rood-Witten, and indeed the Netherlands, were at the peak of their powers. Manager Guus Hiddink had helped to secure the Eindhoven club an illustrious treble whilst the Oranje had stormed to victory at Euro 88. Romário became a luminary, being one of the first Brazilians to make such a high-profile European move and it wasn’t long before he brought his homeland’s carnival atmosphere to the Netherlands, both figuratively and literally.

“He’s the most interesting player I’ve managed so far. If I was a bit nervous ahead of a big game, he’d say, ‘Take it easy, coach, I’m going to score and we’re going to win.’ What’s incredible is that eight out of 10 times, he was right.” Even Hiddink was mesmerised by the mercurial talent. In Romário’s first campaign, he scored 19 Eredivisie goals and helped PSV retain their domestic title.

With his on-pitch party in full swing, it was only natural that the Rio native brought Eindhoven to life at night as well. His house parties were infamous and the striker embodied a wonderfully laid back, carefree lifestyle. He even had sand delivered to his house to lay in his garden, helping it feel more homely. Looking out of his window, the landscape of the low country may not have brought him the same joy as seeing the waves crash up against the Copacabana, but it was good enough for Romário to dismiss feelings of homesickness and focus on football.

And focus he did; four further seasons brought with them two more Eredivisie titles and an astounding 127 goals in 142 appearances. Baixinho’s main weapon of choice was the simple yet deadly toe-poke. Bursting clear of the defence, he exuded sub-zero composure, as if ice coursed through his veins, to finish with great aplomb time after time, prodding or dinking the ball past one helpless keeper after the next.

As Romário’s stock skyrocketed, so too did his ego. “When I was born, the man in the sky pointed to me and said, ‘That’s the guy.’” Such bold declarations of self-indulgence are rarely warmly received and often deter the game’s behemoths, but such was the virtuoso’s invaluable genius, when Barcelona came calling, it was a surprise to no one.

Johan Cruyff was building a dynasty in Spain and in Romário, modern football’s godfather had his crowning jewel. Enjoying Catalonia’s luxurious offerings was a far cry from the austerity of Jacarezinho, yet Romário had never been defined by his surroundings. Instead, he created environments, as opposed to ever being a product of one.

Regrettably, his spell lasted little over a season due to systematic disagreements with Cruyff about how he should conduct himself and train. Not that it made any difference to his performances on the pitch during this time, though. Indeed, over the course of 18 months he scored 39 times – including a sensational hat-trick in El Clásico – and made the league title his own.

The Champions League was no different. His devastating partnership with Hristo Stoichkov was a sight to behold as the duo danced circles around their opponents, making world-class defenders look distinctively ordinary. Alas, the cherry on the cake was not to be as the Blaugrana were thwarted in the 1994 final by Fabio Capello’s regimented AC Milan. Such was the audacity and swagger of Barcelona, many accused them of simply coming to Athens expecting to collect the trophy, rather than compete for it.

Perhaps the best anecdote of all though is a moment recalled by Cruyff himself. Romário had asked his manager whether he could have some time off training to go to the Rio Carnival. “Laughing, I replied: ‘If you score two goals tomorrow.’ The next day Romário scored his second goal 20 minutes into the game and immediately gestured to me asking to leave. He told me, ‘Coach, my plane leaves in an hour!’ I had no choice but to let him go.”

The summer of ’94 would mark Romário’s apex. Now firmly established in the national team as what Brazilians call a craque – star player – watching him maraud around the field during the World Cup was nothing short of awe-inspiring. He opened the scoring in their crucial 3-2 quarter-final victory against the Netherlands and held his nerve from the penalty spot in the final against Italy. The maestro’s artistry ostensibly knew no bounds as he helped Brazil to their fourth world title and subsequently collected FIFA’s World Player of the Year award.

His exploits had propelled him into footballing folklore. However, to Brazilians, he represented so much more than just a global superstar. Romário was one of them, a man of the people. He had lived the dream every boy went to bed thinking of in Jacarezinho and had done so with the playful gusto of the party-boy he’d always been, fusing divine and normality to cement his demigod status.

Back in Barcelona, Cruyff’s indoctrination of his squad may have been seamless for the most part but winning over his prize asset ultimately proved futile. Such an extravagant lifestyle didn’t sit well with the disciplinarian and with that, the striker returned home. Flamengo were the grateful beneficiaries, although it would take two spells at Valencia before the Mengão would truly harness his greatness. 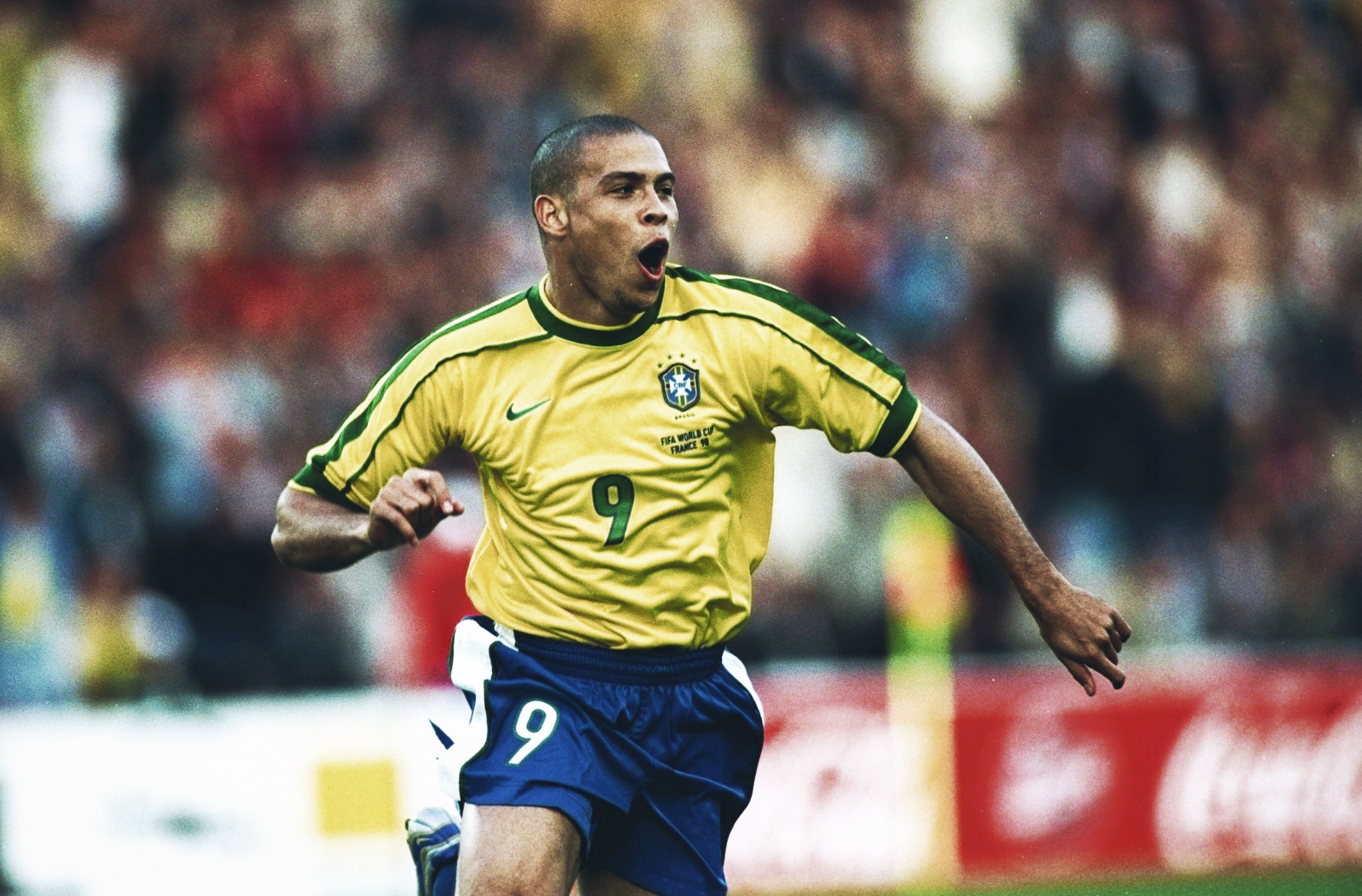 Read  |  Ronaldo: in touching distance of being the greatest

The years 1998 and 1999 yielded an extraordinary 81-goal haul and showcased to the world a Baixinho still every bit as potent as he was throughout his European venture. He also made up one half of the iconic Ro-Ro partnership. A fresh-faced Ronaldo was the youth to Romário’s experience, forging a lethal bond on the field as the pair led Brazil to victory in the 1997 Copa América and qualified for the 1998 World Cup in France.

A muscular injury robbed Romário of a second World Cup, although he rejected claims he was not fit enough for selection in what was, unbeknownst to the striker at the time, his last chance to shine on football’s grandest stage.

Four more years passed by, which included a much-celebrated return home to Vasco and yet more raucous partying. It was hard to tell who feared him more, the fathers of daughters in their 20s or defences across Brazil, and as his life continued swimmingly, so too did his goal tally. Ageing like a fine wine, Romário left defences dumbfounded by trickery and speed of movement in the box. Much like Picasso with painting or Hendrix on guitar, Romário had truly mastered his art.

By the time the 2002 World Cup rolled around, national interest in the Brazilian’s involvement at the tournament was at bursting point. Rather than adding fuel to the fire, though, manager Luiz Felipe Scolari provided the pin that burst the player’s hopes, stating his omission from the squad was down to “tactical and technical reasons”.

The 34-year-old was to be denied a swansong, much to the anger of his nation. A campaign started – which was even championed by Brazil’s president at the time, Fernando Henrique Cardoso – for Scolari to reconsider, but it was to no avail. The player begrudgingly accepted the coach’s decision before becoming overwhelmed with emotion at the support he had received. The love spoke to the impression he had left on Brazilians.

The denouement of Romário’s football career – he’s now a politician – saw him become somewhat of a nomadic journeyman. Highlights included winning his third Brasileirão Série A top-scorer award aged 39, helping Miami FC reach their first ever USL-1 playoffs, and, of course, scoring his 1,000th career goal for his beloved Vasco. That landmark, however, is disputed due to the striker including youth and non-competitive matches in his tally, but what is not up for debate is Romário’s eternal legacy.

Described by Cruyff as “the best player he’s ever coached” and “a genius in the penalty area”, there can be no doubt that he left behind a colossal imprint on the global game. Occasionally conceited, often outspoken, and consistently majestic, Romário remains to this day one of the game’s finest ever marksmen. He was a trailblazer for future Brazilian exports and conquered the world with a naturally infectious character – and those preternatural feet.