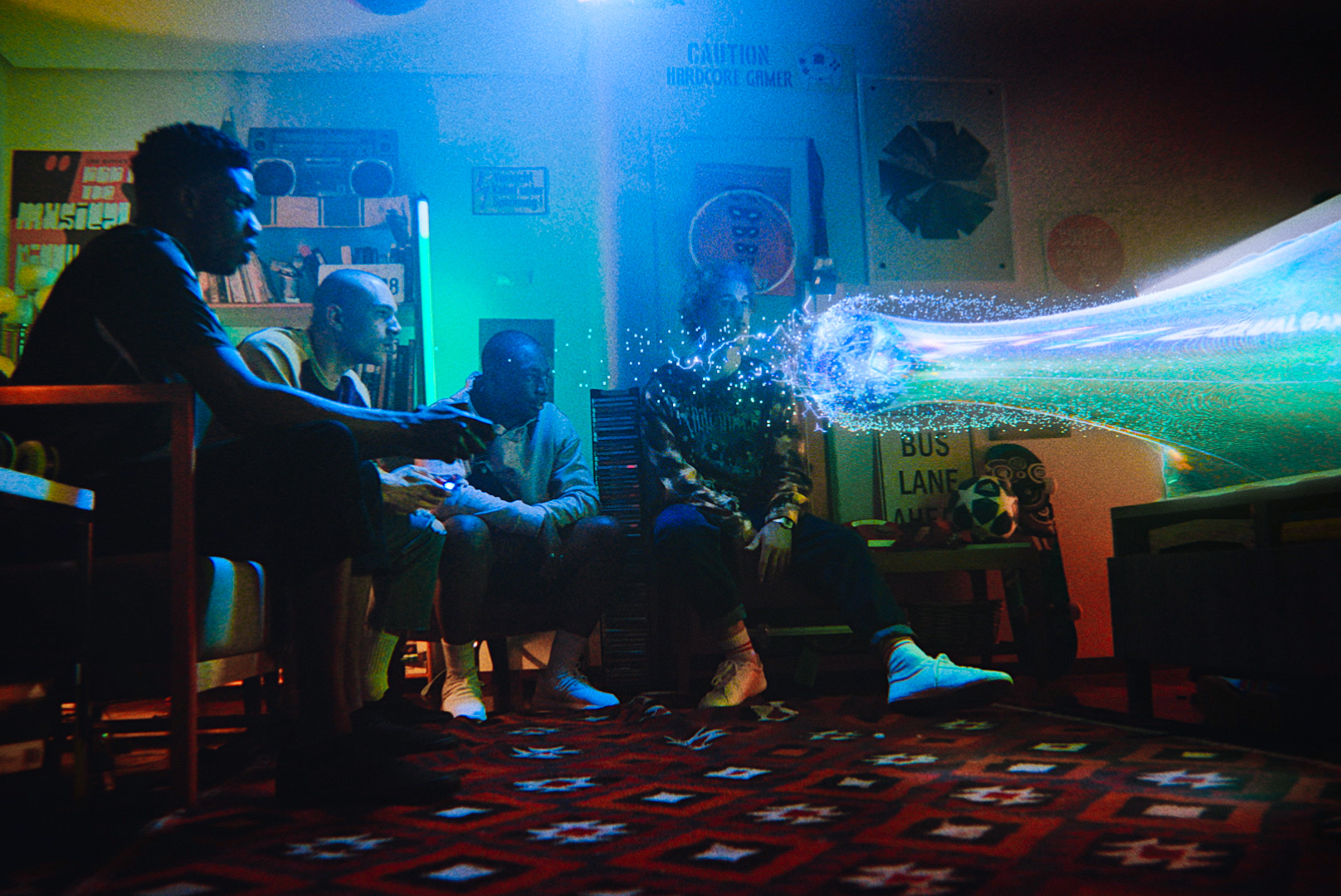 Of all places for having a deep moment of thought, a field in Northamptonshire is perhaps an odd location. Yet it is here on a train from London bound for Chester where I am hit by a sudden realisation. All those around me are engaged on their smartphones and tablets, oblivious to the world. With my headphones on and music playing, I too am guilty of this, as I come to terms with just how important technology is today.

Being 21, I am at the forefront of a group of people who have grown up with technology as an integral part of life. Indeed, to be on any form of journey without the instant connectivity of 4G or endless possibilities offered by a laptop is fairly incomprehensible. In many ways, this is both a blessing and a curse, with such devices arguably stifling human interaction. Perhaps no contraption better demonstrates this problem than video games.

Regardless of the perceived negatives, it is beyond doubt to say that games consoles have contributed massively to the upbringing of millions, myself included. Even today, conversations about childhood titles induce a strange reaction of happiness amongst young adults. I firmly believe a game called Age of Empires sparked an early love of history, which culminated in undertaking a degree in the subject. Similarly, the fact I am writing these words is largely down to EA Sports’ FIFA series.

As a football-obsessed child, there are many avenues to explore. Firstly, there is playing the sport itself, its simplicity allowing for it to occur just about anywhere. Then there is watching matches – both live and on television – with daily newspapers and countless books dedicated to dissecting the 90 minutes further. The common denominator here is that they are all finite, selected events. Even in a globally connected world, it is impossible to find a live game of football 24/7, with writing also having an end point.

By contrast, titles such as FIFA and Konami’s Pro Evolution Soccer served to change the game. Offering endless possibilities, for me, this began when I was four years old. FIFA 2001 came free with our new computer and, having had a ball at my feet from a young age, this appealed to me. I was first interested in the game’s endless customisation options, although soon grew bored of naming players after bodily waste and putting Liverpool in all pink kits. From here I simply played the game as intended, and the results were fascinating.

Before long I was picking up the names of scores of footballers, shouting out the unconventional players such as Marco Bode or Pavel Kuka in mock commentary whenever I scored. Two strikers from the Bundesliga, playing for Werder Bremen and Stuttgart, they are names with which the majority in the UK are unfamiliar. I too would fall into this category was it not for FIFA. 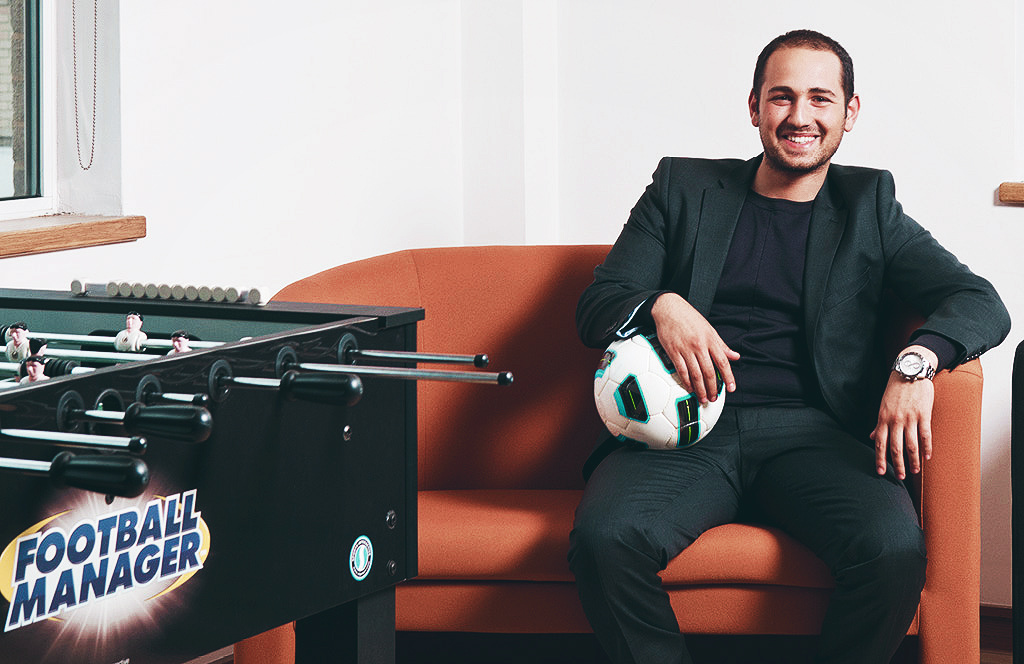 Alongside this was the more technical Championship Manager, a game which I admittedly never took to. Nevertheless, this didn’t stop it having a massive impact on millions of people born in the 1980s. It stole weekends and school holidays, spawned full-length books, and ended marriages. Virtual achievements on Championship Manager – later to become Football Manager – even helped obtain a real-life manager’s job in Azerbaijan back in 2012.

These blurred lines between reality and fantasy may be strange to older readers. For them, comic book heroes such as Roy of the Rovers were their childhood heroes, 2D drawings distinguishable from the real-life wizardry of George Best or Kenny Dalglish. For the current generation, however, the oddity is that their virtual footballers exist as real incarnations too. Unlike anything ever seen before, some remember players not for their impact on the pitch, but instead their stats on a console.

Ask a 30-something football fan what they remember of their childhood and the chances are you will be lambasted with tales of Cherno Samba, Maxim Tsigalko and Tó Madeira. Thirteen appearances for Plymouth Argyle; a premature retirement at 26 through injury; and not even existing at all. This is the grim reality of football for that trio. In Championship Manager, however, they would develop into some of the most fearsome players in the world, delivering you a multitude of honours and goals.

What such games did was form a fundamental basis of knowledge in young minds. Through playing them, you quickly picked up bits of information. They helped to solidify clubs in people’s brain, with their badges, colours and players also taken on board. The beauty was that this was an education without intention. Rather it was simply a case of coming home from school and firing them up, wasting away the hours taking unfancied teams to titles.

I once took Paniliakos to Champions League glory, established Wrexham as the Premier League’s dominant force, and won the World Cup with Armenia. The names of Panagiotis Bris, Ivan Del Prato and Levon Pachajyan are as familiar as any from my youth, despite their undistinguished careers. Whilst real-life football was naturally at the forefront of my childhood, these virtual achievements are amongst my fondest memories.

A portion of this came through the Ultimate Team mode, introduced by EA in January 2010. This revolutionary platform allowed players to build their own team, taking it online to face the world in a quest for virtual currency and prizes. The likes of Alexander Esswein, Peniel Mlapa, Victor Ibarbo and Welliton are names any classic player will be familiar with. Favoured for their fiendish mix of pace, power and trickery, they would go on to cement themselves as some of the franchise’s cult heroes.

To a layman, it must appear farcical, namely how a series of computer games can impact so deeply on a person’s life. FIFA’s Ultimate Team epitomises this situation perfectly, with it serving to cement millions of people’s status as football lovers. In order to test the validity of this idea and see I’m not simply allowing my imagination to roam, upon the conclusion of my journey back from London, I fire up arguably my favourite EA creation.

This is not a FIFA by name, but rather the game produced for the 2006 World Cup. The reason I love this title so much is it coincided with my first tournament, one of which I have but a vague recollection. England’s opener with Paraguay, Wayne Rooney’s sending off against Portugal and Zinedine Zidane’s infamous headbutt will forever live with me, but my overriding memory of Germany is something that isn’t real.

With a now ancient desktop whirring slowly into life, I have to lower my expectations. The game surely can’t be that good. It’s over a dozen years old, with ancient graphics that look exceedingly poor when compared to today’s offering. The trouble is, I cannot view this game from an unbiased opinion. As it starts and the old screens flash up, I am fixated by nostalgia.

Suddenly I find myself as an eight-year-old again. The soundtrack is strangely chilling in its memories; the noises of the menu echoing like a distant memory of the past. I flick through team lists, misty-eyed at the hordes of heroes from my childhood who have since retired. Having just wanted a reminiscent peak, I am unable to resist. Soon enough I find myself knee-deep in a World Cup qualifying campaign with Belarus.

One feature of this game I particularly like is the loading screen, which features the flag of one of the teams about to be played, a montage of three photos, and a useless fact. For example, I’m informed whilst waiting for my opening match how the novelist and Nobel Prize winner Ivo Andrić was born and raised in Bosnia. I’ve never heard of him, and don’t really care much for literature, but that matters not, for I am now transported back to my parallel universe.

Having topped my qualifying group with relative ease, the finals prove anything but. The opening game sees Belarus lose to Colombia, and despite a sensational last-gasp goal from Sergei Kornilenko to win against Portugal, Jared Borgetti equalises shortly before half-time in the final game with Mexico. It is a strike that sends my side crashing out on goal difference and ends my sentimental daydream.

I may not have the ability I once had, but that’s not the point. As I log off the game and sit there in a moment of contemplation, I realise how pleased I am to have experienced this as a child. Of course, it’s ridiculous, but I find myself having to wipe away a tear from my eye in a detached state of joy. If you ever played a football game as a child, you know the feeling.