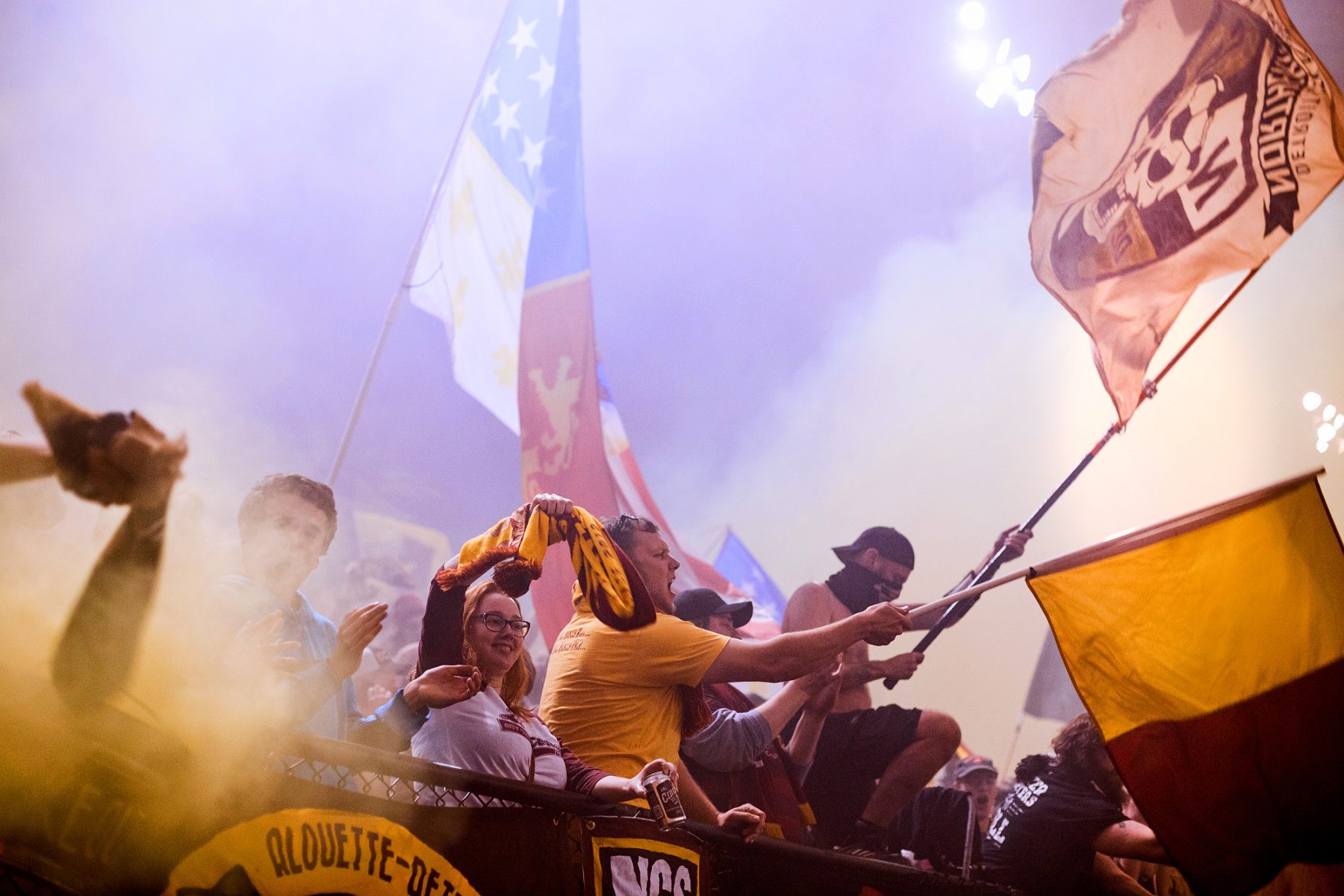 What happens when your world falls in? When your job, your house and your business are turned to dust? What are you left with? Detroit residents have been answering those questions for a decade now.

Since the Great Recession of 2008, their city has been ravaged by economic ruin, with a place that once boasted the highest median income in America being reduced to a chattering wreck. When the Crash hit, people and money fled, leaving decay, crime and poverty in their wake. At one point, it got so bad that dead bodies piled up in the city’s mortuary. Funerals were an expense that many of those left behind couldn’t afford.

So what happens when your world falls in? In Detroit, you build another one. It was here, after all, where Marvin Gaye overcame depression to record What’s Going on? in 1971. It was here, too, where Philip Levine wrote about “the grin that does not hide the stubbornness/the sad refusal to give in”. Here, in the birthplace of Motown and General Motors, survival is a way of life. Now, urban farms and start-ups rise from the wreckage. Hope is slowly returning, and now, thanks to the efforts of Sean Mann and Detroit City Football Club, so too is football.

“I grew up watching European soccer on satellite TV in the 1990s,” the club’s CEO tells These Football Times. “I had the good fortune of living in Europe for a few years after college. I spent some time in the UK and started to appreciate the culture around football clubs, the sense of community and heritage. I was really captivated by that.”

So captivated, in fact, that he decided to replicate that feeling in his adoptive hometown. In 2010, he founded the Detroit City Futbol League, a co-ed, recreational competition that invited neighbourhoods from across the city to compete. “I wanted to find a way for neighbours to get to know each other and have fun,” he says. “I was using soccer as a community organising tool.”

Every Tuesday, teams from across town would line up to compete. In order to join, applicants had to demonstrate their involvement in the local community. A separate league table was even set up, with sides competing to show that they had invested the most time to a local cause. Eleven neighbourhoods took part in the first season, in an event that was as much about having fun and connecting socially as it was winning a football match.

It kept growing, so much so that this year, 1,200 people attended, with 90 percent of them coming from within Detroit limits. Two of the captains from the original 11 teams even went on to become city councillors. 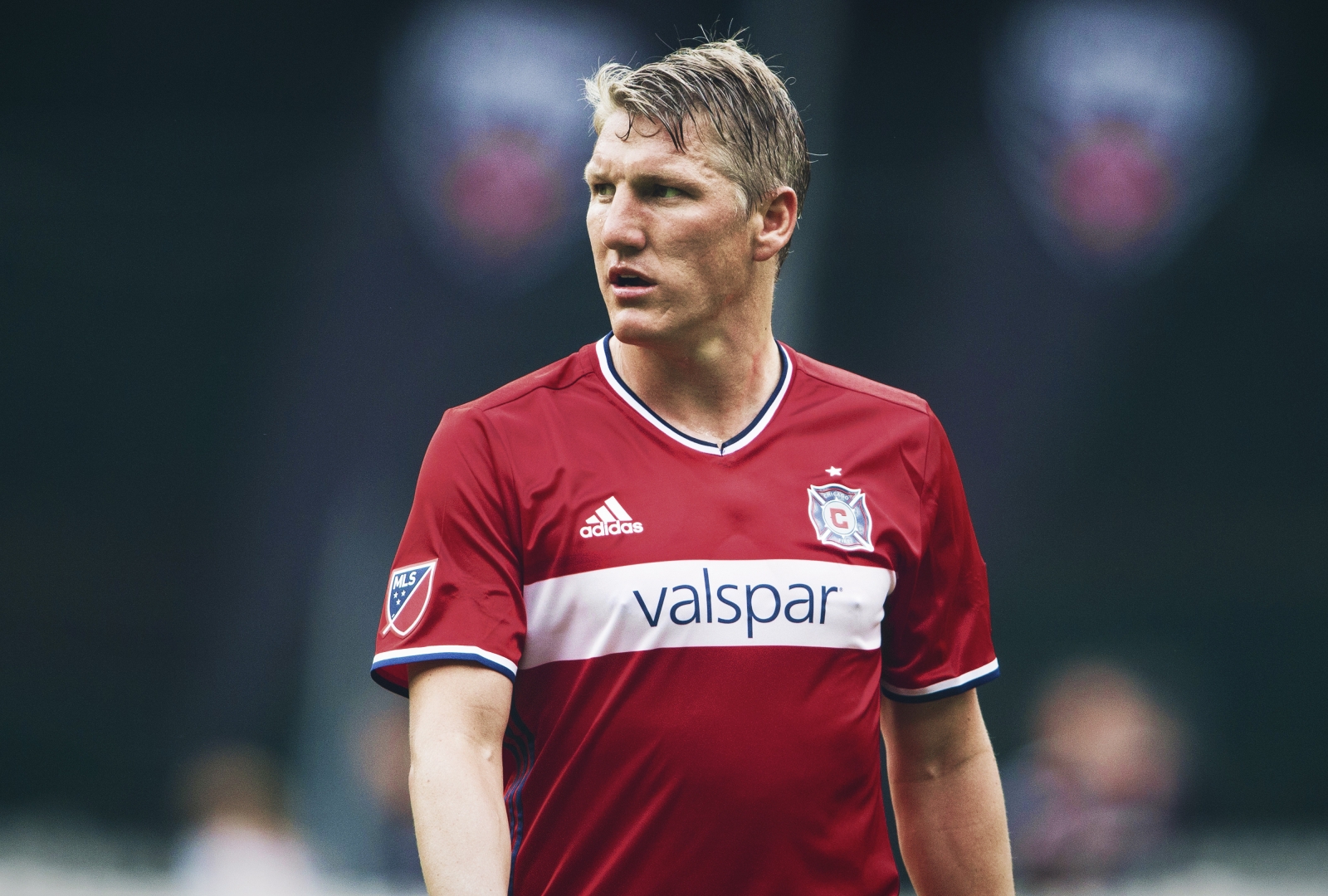 The success, however, got Mann thinking. Through the league he had met a group of like-minded Detroiters, who, like him, wondered why their town couldn’t have it’s own team. Everybody else in the city was doing something to stem the blight, so why couldn’t they? The seed for one of America’s most original football teams was planted. Mann, along with four of those friends, plunged £2,500 into the project and Detroit City FC (DCFC) was born. “We spent three to four months debating the crest and the colours,” he admits of those early days. “Finally we all broke down and said, fuck it.”

The result was striking. The club badge was inspired by the Spirit of Detroit statue, which sits proudly outside City Hall, whilst the maroon and gold jersey offers a nod to the city’s Francophone heritage. The French had been the first Europeans to populate Detroit in 1701, with Antoine de Cadillac building a wooden fort to protect his country’s fur trade from bandits. The fort was built alongside a winding river, given the name Rouge.

Like the city itself, DCFC started out small. Mann’s parents helped with the ticketing, whilst he himself mowed the pitch at Cass Tech High School before games. Soon enough, those games started selling out. The community bought in and before long it was clear that the club had outgrown its surroundings.

In 2016 they approached a local high school, who owned a stadium in Hamtramck that had been listed for demolition. Keyworth Stadium had been built in the 1930s but the school could no longer afford to maintain its rusting, dilapidated facade.

Thanks to a recent change in Michigan State Law, DCFC were able to enter into a public-private partnership with the school, which saved the ground from dereliction. Five hundred club members were involved in one of the most successful fundraisers in the country’s sporting history, raising nearly a million dollars under the Michigan Invests Locally Act. The stadium was saved, and DCFC had a home that was fit for its burgeoning ambitions. What’s more, everybody who contributed money to the stadium’s renovation was paid back with interest.

Hamtramck is one of the most ethnically diverse enclaves in America, the first place in the country to elect a Muslim-majority council back in 2015. In the last century, more Polish emigrés lived there than anywhere else in the country. Now, it is a hub of Yemenis, Bengalis and Eastern Europeans, some of whom brought their love of football over from their homeland.

“Our stadium is open to the public at all times,” says Mann. “If you go over there any day after school, you’ll see 200 Yemeni or Ukrainian kids who, in most cases, have just moved to the country and you’ll see them playing soccer. We want those kids and their parents to embrace our team and our games, and I think we’ve done a better job of that than other teams in the country.” 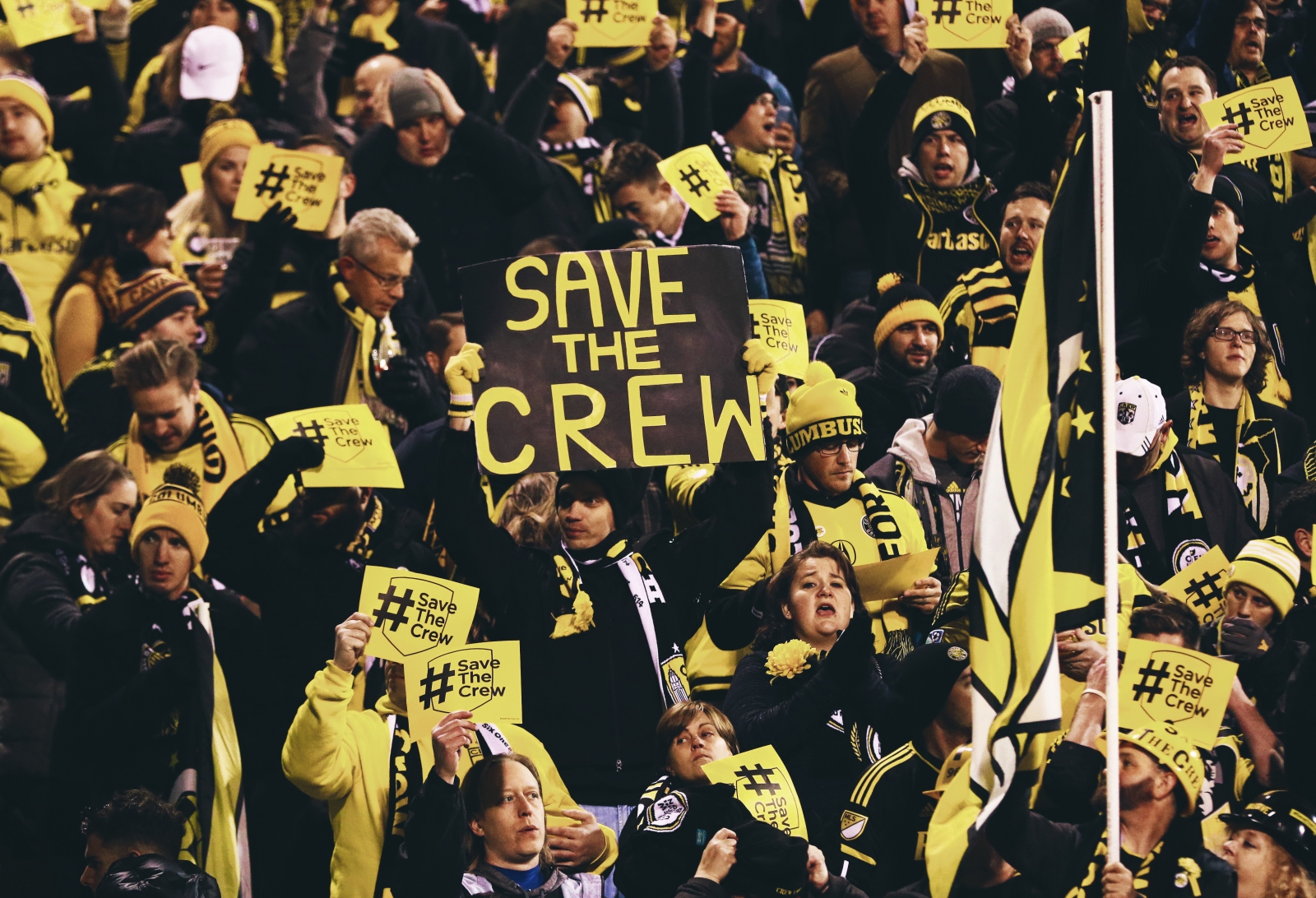 It seems to have worked. Despite having a marketing budget of less than $10,000 dollars in each of the past six years, matchday attendance has risen by 40 percent for each year of the club’s existence. Community organisers spread word about the new club, handing out business cards with details in English, Spanish and Arabic, whilst free match tickets were placed in local mailboxes. Word of mouth, passionate support and engagement with the community has helped DCFC has become one of its city’s prime attractions.

“If you’re coming to a match, about a half-mile from the stadium there’s an old warehouse that’s been converted into a bar. People park there, and usually about a thousand parade through the neighbourhood and into the stadium,” Mann says. “It’s unique. The ground is right in the middle of a dense residential neighbourhood. The only way you can see where it is by spotting the floodlights in the skyline. You just follow the crowd.”

Matchdays are an explosion of colour and song, with the Northern Guard providing much of the theatre. DCFC’s tifosi have a fearsome reputation, with their raucous support and red and yellow flares providing an intimidating sight for opponents. Hostilities start well before kick-off, with Guard sergeants leading songs and setting off smoke bombs as the supporters make their way into the stadium. Inside, capos conduct an opera of chants and slogans, braying half-naked at travelling fans and urging their players on with throaty, shirtless invective.

“They give us a fantastic atmosphere,” Mann says. “Our fans are prolific in their passion for the club. Other people might find them intimidating, but they’re incredibly warm and welcoming. Our approach is; we’re the hosts of the party, but they’re the life of it, the ones that drive us and really set us apart.”

The Northern Guard aren’t just ultras, though. The Hooligans for Heroes project was set up by its members to bring awareness and financial support for the country’s war veterans, while they are also active across a swathe of community issues. Meanwhile, the club itself was the first to wear an LGBT-inspired jersey in a competitive fixture, and charity matches have also been convened for Detroit charitable organisations like Alternatives for Girls and the Ruth Ellis Center.

Of the many banners and placards that adorn the creaking old stadium, though, one major theme emerges. “F*CK MLS” reads one sign adorning the rickety old stand. Don Garber and his money-spinning machine, it seems, are not welcome in these parts. “I think our fans take that mantra to heart more than we do,” Mann suggests. We’re certainly going down a different path. In Major League Soccer, to participate you have to be a billionaire. We have a different approach. Our goal is to make the team accessible and affordable, to keep ticket prices as low as possible. We want our club to represent our community and not just a certain demographic or tax bracket. 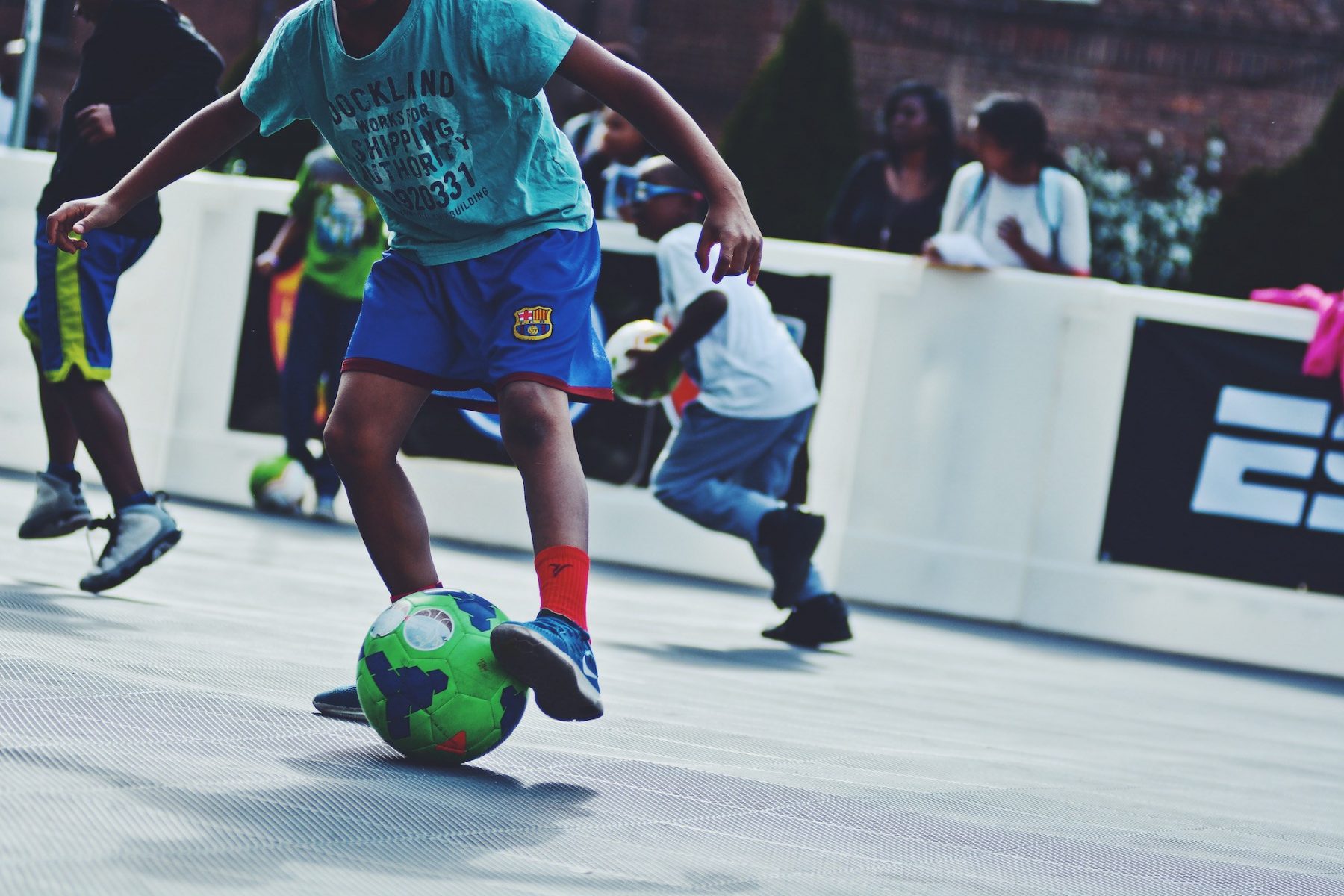 Read  |  US Soccer and the re-imagining of an elitist culture

“We are members of this community after all. Not a day goes past where I won’t bump into season ticket holder at the bagel shop or when I’m picking my son up from daycare.”

When asked about DCFC’s plans for the future, Mann explains: “Our goal has always been to be Detroit’s soccer team. What that looks like I can’t tell you, but we wanted to create a team that people take pride in and feel invested in. From the moment a kid kicks a ball to when they’re an old man taking their family to the stadium, we want to be their club.”

DCFC aren’t the only ones interested in putting their city on the football map, however. In 2015, billionaire sports moguls Dan Gilbert and Tom Gores announced plans to bring an MLS franchise to the city. Blueprints for a new team that would make use of Detroit’s 65,000 capacity NFL stadium have been drawn up, but the scheme is anathema to a club that has forged itself in opposition to the sanitised corporatism which dominates the American soccerscape. “It’s a bit of a mess at the minute,” Mann says about the state of the game in his home country. “We’re just trying to focus on things we can control.”

They’re doing well enough, with the club continuing to go from strength to strength. In December they announced plans to convert the Detroit Red Wings’ old training facility into a clubhouse for DCFC supporters. The 75,000 square foot complex in downtown Detroit will house an indoor pitch as well as a bar. Most importantly, it will provide a hub for the club’s followers that allows them to get together far beyond the current three-month season.

“That’s our most pressing goal,” Mann admits. “We need to play more games. Our season only lasts for three months, but we’re working round the clock with other clubs to make it longer so we can continue to grow.”

What about the promotion and relegation? Surely that would help facilitate the club’s growth, allowing it an opportunity to move up from the National Premier Soccer League, the US-equivalent of the Fourth Division? “I don’t think it’s the main issue,” Mann says. “There has been too much focus on leagues and not clubs. In that sense, it’s too top down. I get where the argument comes from historically with the failures of club soccer in America. That being said, we’re reaching a level of maturity where there’s a growth of interest in the sport that could benefit from a more open system. That way we could allow more innovation and entrepreneurship, with a wider involvement from the local population.”

Detroit City FC is continuing to buck the trend. At the beginning of March, they announced that St. Pauli, the famous German club, would be visiting for their first ever game on American soil in May. Fox Sports Detroit has already announced that it will be covering the game live. On the pitch, the club won its first ever trophy last year, beating Ann Arbor 3-2 to become the NPSL Midwest Champions. At one stage, they even won nine games in a row, performing for crowds well above the averages that even teams inthe National American Soccer League can only dream of. Just like the city itself, for the Boys in Rouge, the only way is up.