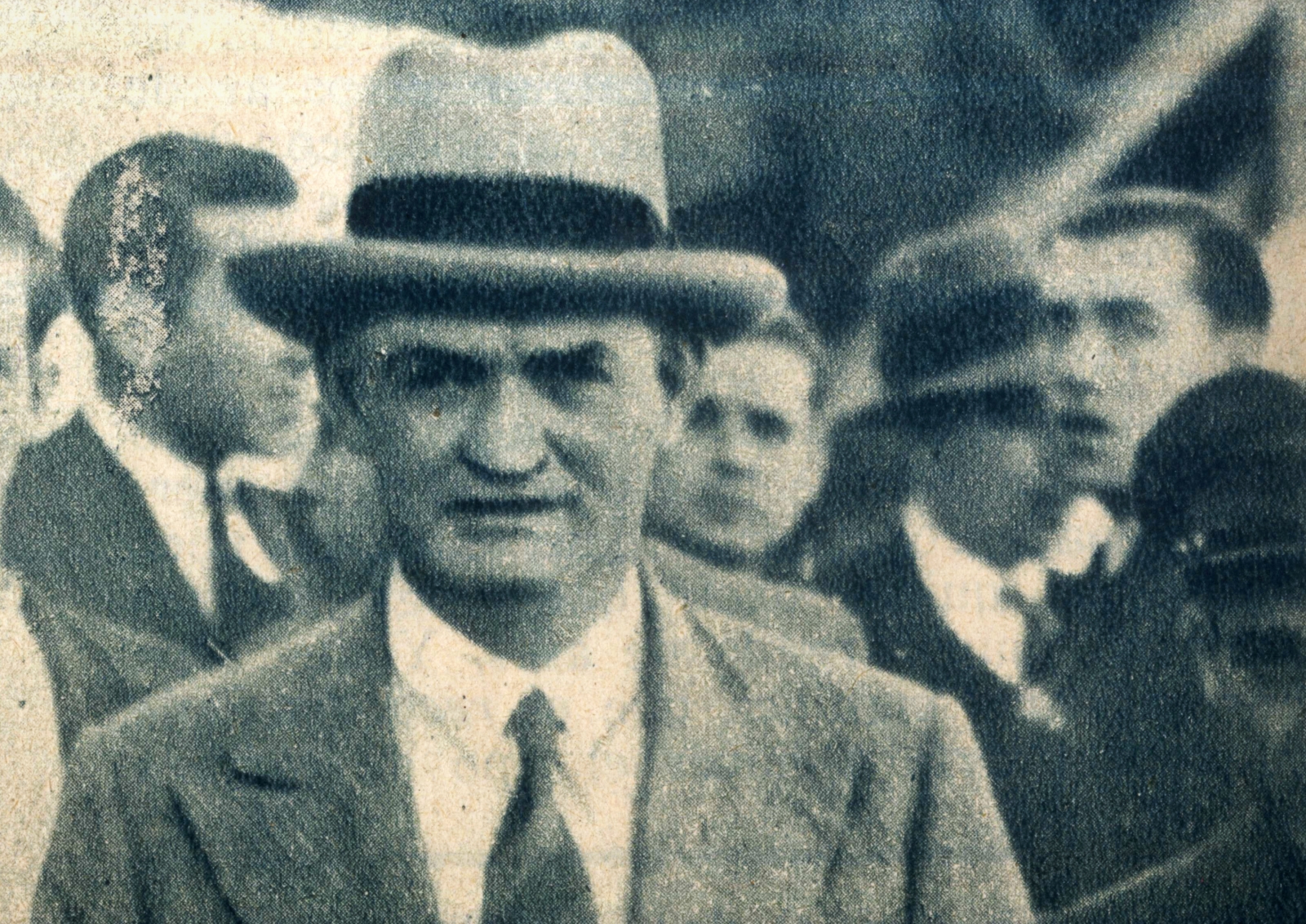 In 2017, Real Betis unveiled a bust of former manager Patrick O’Connell at the Estadio Benito Villamarín to honour their only LaLiga title, won under the Irishman’s management in 1935. The bust was commissioned by the Patrick O’Connell Memorial Fund who were responsible for raising money for the project to honour the man that history had seemingly forgotten.

Known as the first Irishman to captain Manchester United, the saviour of FC Barcelona and the man who brought success to Real Betis, the story of the former player and manager is both sad and fascinating. The man who gave so much to the game ended up penniless and buried in an unmarked London grave for more than 50 years until members of his family and friends, as well as some greats of the football world, including Franz Beckenbauer, Paolo Maldini and the late Johan Cruyff, lent their support to finally honour the man who had done so much for the game, both at home but more so abroad.

Patrick O’Connell was born in Fitzroy Park close to Dublin’s Croke Park in 1887 as one of 11 children. During his time in Dublin he played for many junior sides before joining Belfast Celtic in the Irish League. His reputation quickly grew and he moved to England in 1909, firstly to Sheffield Wednesday in an unsuccessful spell, followed by a move to Hull City in 1912. His wife, Ellen Treston, whom he married in 1908, left her life in Ireland to be with her husband in England.

By now the defender was an established Irish international. Winning the British Home Championship for the first time in 1914 was a huge honour for O’Connell, as the Irish beat England at Ayresome Park and Wales in Wrexham while drawing with Scotland in a title-clinching game at Windsor Park. O’Connell wore the captain’s armband against the Scots despite playing with a broken arm.

Manchester United came calling for a fee of £1,000. Although the club were in decline, it was a big move for the Irishman with the Mancunians’ last title win coming only three years previously. His move to Manchester coincided with the outbreak of the First World War months later, and the following season saw O’Connell enter the record books as the first of his countrymen to wear the armband at Old Trafford.

Controversy was to shadow the 2 April 1915 meeting of arch-rivals Manchester United and Liverpool in a game O’Connell’s men needed to win to avoid relegation. United controversially won 2-0 with both goals from George Anderson, which led to Tottenham being relegated. 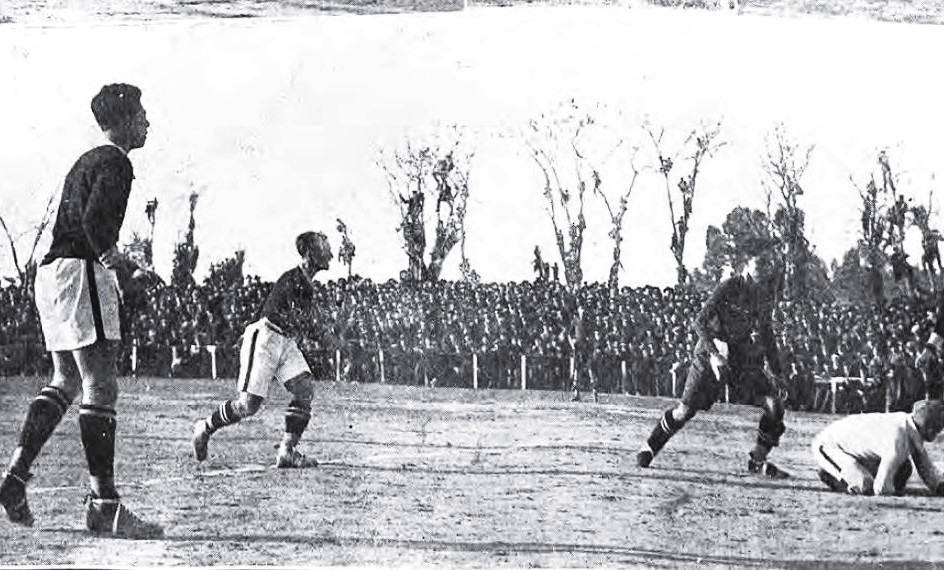 However, an air of suspicion loomed large over the win, with bookmakers noting a huge intake of money for a 2-0 win at 7/1. Following a subsequent investigation players from both sides were found guilty of match-fixing. It was claimed that players on both sides had seen the opportunity to earn some money, with the future of the league in doubt due to the ongoing war and the fear of unemployment hanging over them.

O’Connell escaped punishment, despite missing a penalty while the score stood at 1-0.  Some suggested it was part of the plan because he knew another goal would follow shortly, while others say it was because he wanted no part in what was obviously unfolding for all to see and he wanted to be in the clear. The game was stopped for a period following the miss as the shot was so far off target the referee knew something was not right. O’Connell, however, was found not guilty by the Football Association despite having a reputation as a gambler.

Three United players and four from Liverpool were punished for their role in the incident with lifetime suspensions. Jackie Sheldon, a former United player who had moved to Liverpool, was deemed the man behind the plan, while others had been approached but wanted no involvement. Some had sympathy with the players who were fearful their livelihoods were soon to suffer. Their fears were well-founded as all football was suspended due to the swelling global conflict.

O’Connell lined out for Clapton Orient, Rochdale and Chesterfield until the war ended while still a registered United player. By the time football resumed in 1919, O’Connell found himself without a club, before short spells at Dumbarton in Scotland and Ashington back in England would soon lead him on the road to management where he would be more successful. His exploits as player-coach with Ashington would lay the foundations for a remarkable journey to Spain that would earn him the nickname ‘Don Patricio’.

His move to the continent also saw O’Connell walk out on his wife and four young children. It is thought he saw his new challenge in Spain as a way out of a marriage that he felt had run its course. His wife had left her life in Ireland to join O’Connell in England, and now her husband had deserted her, leaving no money for his family to survive in what were tough times.

While his family struggled with the loss of their husband and father, O’Connell enjoyed a successful period in Spain. He started with a spell at Racing Club de Santander, where he won five regional titles and saw the side become one of the founding members of LaLiga in 1928. A period of success followed at Real Oviedo before a move in 1932 to Real Betis would lay the foundations for the success for which he was finally honoured in 2017.

His success with Betis led him to be courted by the bigger clubs, with Barcelona his next destination in 1935. He had applied for the job years previously, but this time was successful. Just as the First World War had halted his progress after joining Manchester United, in Catalonia, the Spanish Civil War would hamper his initial good work in Barcelona.

The lack of regular fixtures in 1936 led to a financial crisis at Barcelona, making it hard to balance the books during a period of unrest in which it is no exaggeration to say the club could have gone out of business. Had O’Connell not accepted an invitation from businessman Manuel Mas Serrano to travel to Mexico and the United States for a series of short but financially-rewarding games, the worst may have come to pass. O’Connell oversaw the tour and helped the club survive by earning a reported $15,000 for their efforts, enough to clear their debts.

The tour came at a cost, however, with O’Connell only returning to Spain with four players after the rest decided to go into exile in Mexico and France. Despite the loss in personnel, his efforts in North America ensured the club would survive. It cannot be overstated how crucial the tour was; without it, the Catalan club might not have been around in later years to be graced by the iconic qualities of Johan Cruyff or Lionel Messi among countless others.

He was inducted into the Barcelona Hall of Fame in 2015. President Josep Maria Bartomeu said of their former manager: “Patrick O’Connell may not be as well known to younger generations, but he was a brave and loyal coach who gave himself to the club during a very difficult time here, an epoch of civil war. He left an indelible mark on every club he spent time with, greatly contributing to an increase in the popularity of football.”

The Irishman would later return to manage both Betis and Racing with a spell at Sevilla in the middle. However, he couldn’t reproduce the success of his first spell in Spain. He returned to London and drew national assistance while living with his brother. He struggled to cope without football, becoming heavily reliant on alcohol and resorting to begging on the streets for money. 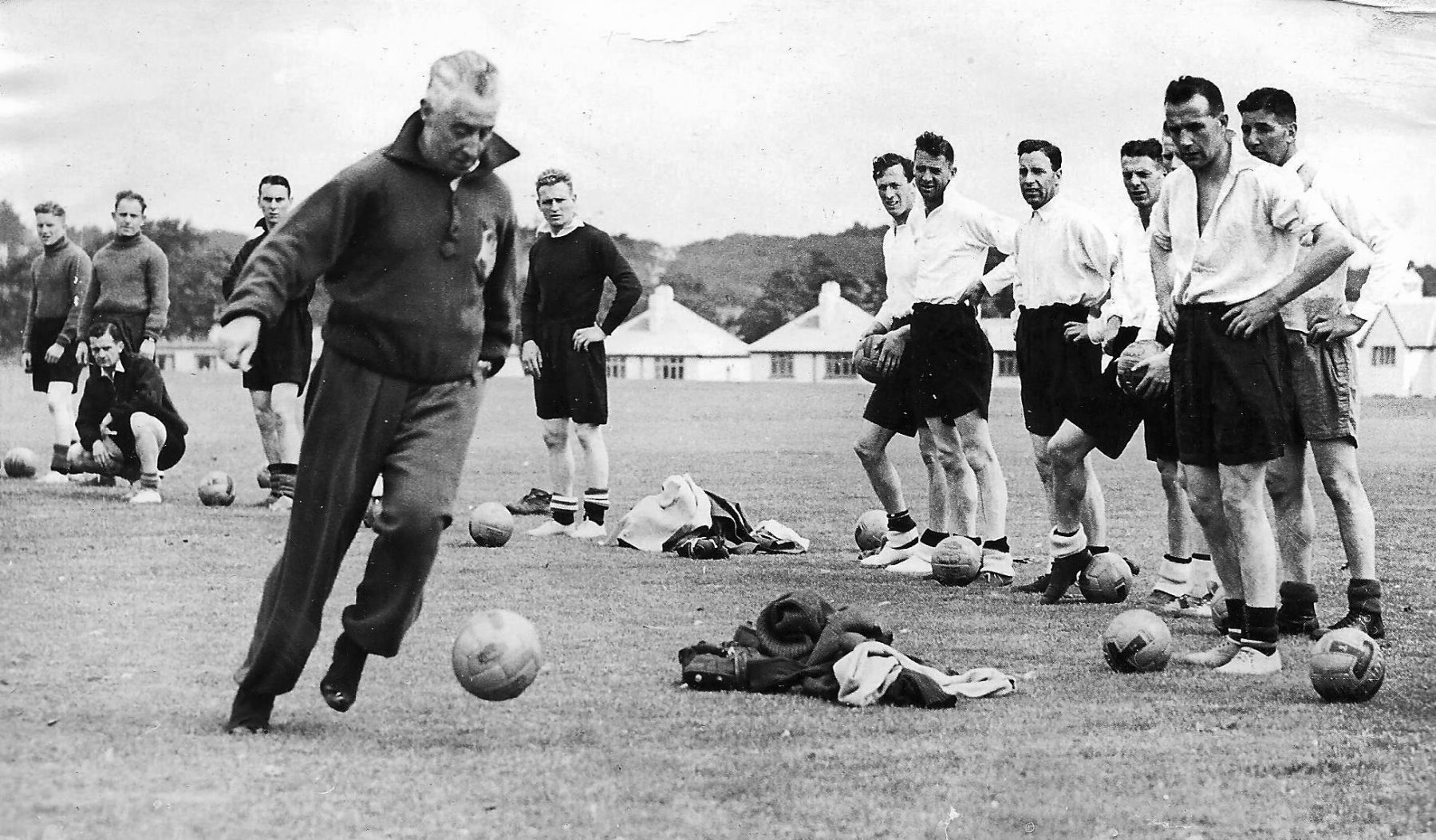 He died of pneumonia aged 71 in 1959 and was buried in St Mary’s Catholic Cemetery on Kensal Road in north-west London. Only his brother attended his funeral. He lay in an unmarked grave for more than five decades. The fact he applied for national assistance suggests he did not return from Spain a wealthy man. Betis held a testimonial for their former manager in 1954 to help him in his financial difficulties but his struggles continued.

The Patrick O’Connell Memorial Fund was set up to honour the man who had done so much but had largely been forgotten. They see Spain’s difficult relationship with their modern history as a reason why there is a dearth of archives in relation to O’Connell and his time in Spain, where even reading papers was dangerous during Franco’s time.

Betis have, however, always remembered their former boss, as well as looking after him with the testimonial. On the 75th anniversary of their title success, they invited Patrick’s grandson Michael and his wife Sue over to Spain for the celebrations. Betis communications director Julio Jiménez Heras reiterated that the Irishman would always be fondly remembered in Seville: “Betis fans know who O’Connell is,” he said. ”The new generations of fans do not remember players from that team, but they know who O’Connell was. He was a man who liked the streets, who grew fond of the city. He had a very nice phrase about Seville – the city ‘where people live as if they were to die tonight’.”

The bust which was unveiled at Windsor Park in Belfast and later presented to Real Betis at the Benito Villamarín was a move to remember the achievements of O’Connell. He will hold a special place of pride in their museum, fittingly alongside their only LaLiga trophy which he won. The foundation also restored the final resting place of O’Connell and marked his grave with his name finally written in stone.

While the finer details of Patrick O’Connell, both the footballer and family man, remain sketchy at best, the committee aims to find out the truth and tell the tale of the remarkable story of the Irishman, while also giving the man the decency of having his name remembered despite his obvious faults.

Not many Irishmen have left such a lasting legacy in European football, and for that he should be remembered fondly. That a figure who achieved so much but is not renowned as one of football’s finest men is a travesty, and it’s by continuing to tell Patrick O’Connell’s remarkable story that his name will get the respect he deserves.