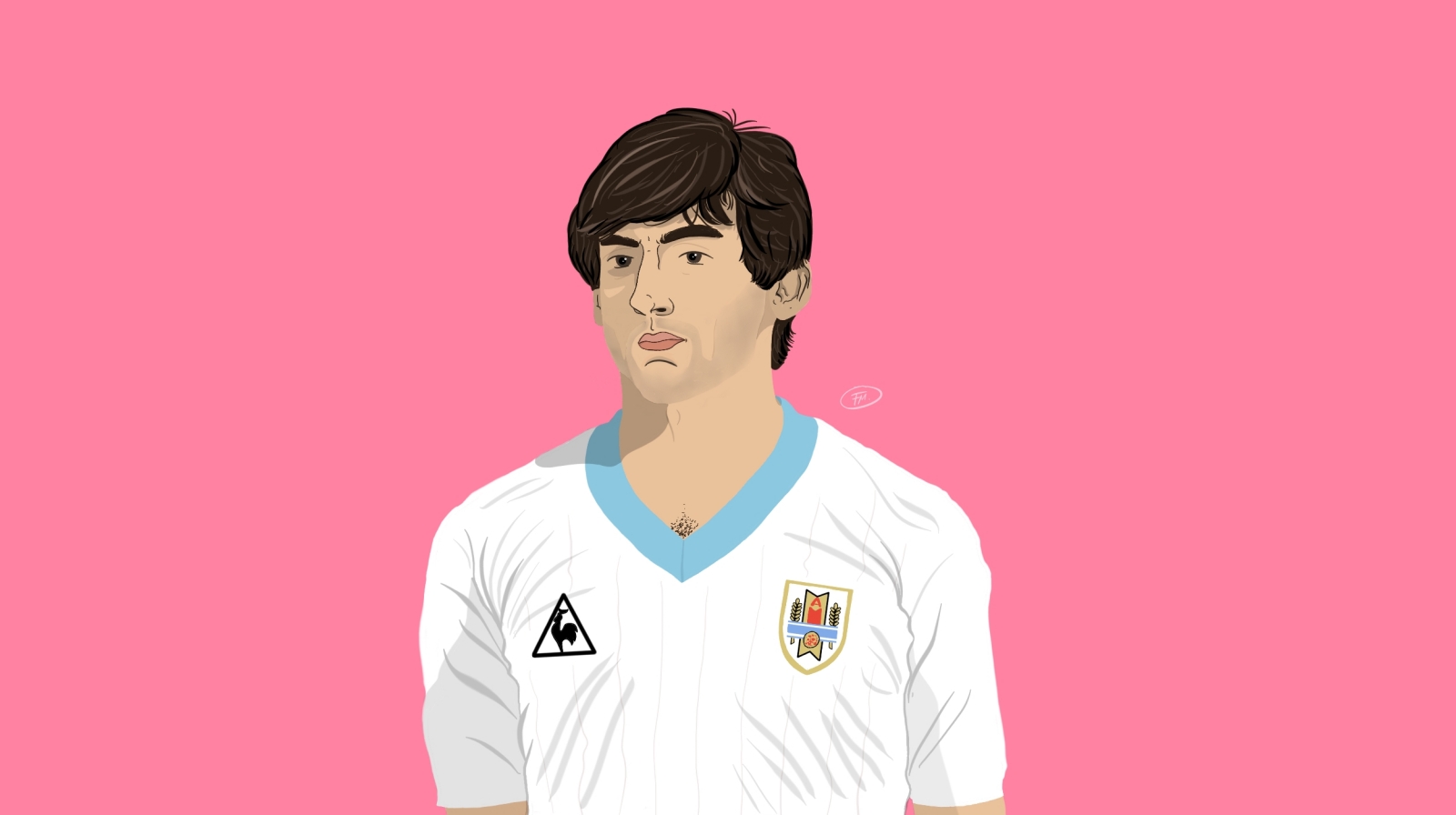 The 1980s were arguably the greatest era for the fabled number 10 shirt, especially in South America. The digits are inextricably linked with the fantasista; the player who is able to change the game, to do things no one else can. It was a position categorised by players with great vision, sublime skill and perfect technique – the team’s ‘go to’ player. Argentina had Maradona, Brazil had Zico, Colombia had Valderrama, and Uruguay? They had Enzo Francescoli.

El Príncipe was a footballer of sublime elegance and grace, with a physical frame which would initially prevent him from playing at the highest level, but would ultimately enable him to play the game the way it should be played.

At 16 Francescoli was rejected by Peñarol for a perceived lack of physicality. Eventually, Francescoli received an offer and signed for his hometown club, Montevideo Warriors, and in his first season helped guide them to second place in the league. Over three seasons, Francescoli scored 20 goals in 74 appearances.

Following Uruguay’s successful Copa América campaign in 1983, Argentine giants River Plate signed ‘The Prince’. While playing with Los Millonarios, Francescoli secured personal honours including the 1984 South American Footballer of the Year and in 1985 was named the best player in Argentina, the first non-Argentine to achieve the honour.

In the 1985/86 season, the Uruguayan helped River secure the Primera División title, including two goals in a crucial 5-4 victory in the final game of the season, one of which was probably his most famous goal. Francescoli took a cushioned header on the chest before he acrobatically dispatched the ball into the top corner with a bicycle kick from the edge of the area. The fluid movement was executed with perfect technique and poise, elegantly summing up Francescoli as the most graceful of footballers.

The lure of Europe, with its greater riches and chance to test himself in the most competitive leagues, eventually came calling. The Uruguayan captain moved to Racing Club Paris in 1986 and finished his first season as the top goal scorer in Ligue 1. After another moderately successful season in Paris, the Uruguayan moved to Marseille. Although he only spent one season in Marseille, he won the French league title, scoring 11 goals in 28 appearances. While on the French Riviera, he would leave an indelible imprint on a young Marseille fan.

Zinedine Zidane recalls: “He was my favourite player and I used to hang around to watch him train.” The French maestro would also name his first son after the Uruguayan superstar. As a youngster, Zidane had found a kindred spirit to model his own game on.

After his single season with Marseille, Francescoli moved to Serie A with Cagliari and later with Torino, but his time in Italy never saw him achieve the same heights as he had in Argentina and France. Finally, as he neared the end of his career, Francescoli moved back to River Plate in 1994. However this was not to be a gentle descent into retirement; Francescoli was determined to prove that at 33 he was still a force at the highest level.

On his return to River, Francescoli was once again voted the best player in Argentina in 1995 alongside a second South American Player of the Year award. The two personal awards coincided with Francescoli leading a young inexperienced River Plate side to a league title and his only Copa Libertadores success.

The 1980s saw La Celeste qualify for the 1986 World Cup, where Francescoli would compete alongside the contemporaries of his generation such as Maradona, Platini and Zico. A second round exit to Maradona’s Argentina was replicated in 1990 when Francescoli’s side lost to hosts Italy.

It was the Copa América, however, where he enjoyed true success. Having made his international debut in 1982, Francescoli was part of the successful 1983 side which defeated Brazil in the final. Four years later, now in his prime, he helped La Celeste retain their title, this time defeating Chile in the final. Brazil denied Uruguay a third successive title in 1991, but Francescoli would win the Copa América for a final time in 1995. In total, he scored 17 goals in 73 games for the national team over 15 years.

When judging the greatness of a footballer, very occasionally a player makes you look beyond the numbers and statistics, and instead take a view of the way they played the game and the legacy they left behind for future players. Francescoli was such a player, making the game look effortless while moving around the pitch with an almost balletic beauty. Coupled with honours at club and international level, Enzo Francescoli left a legacy admired by many – just ask Zinedine Zidane