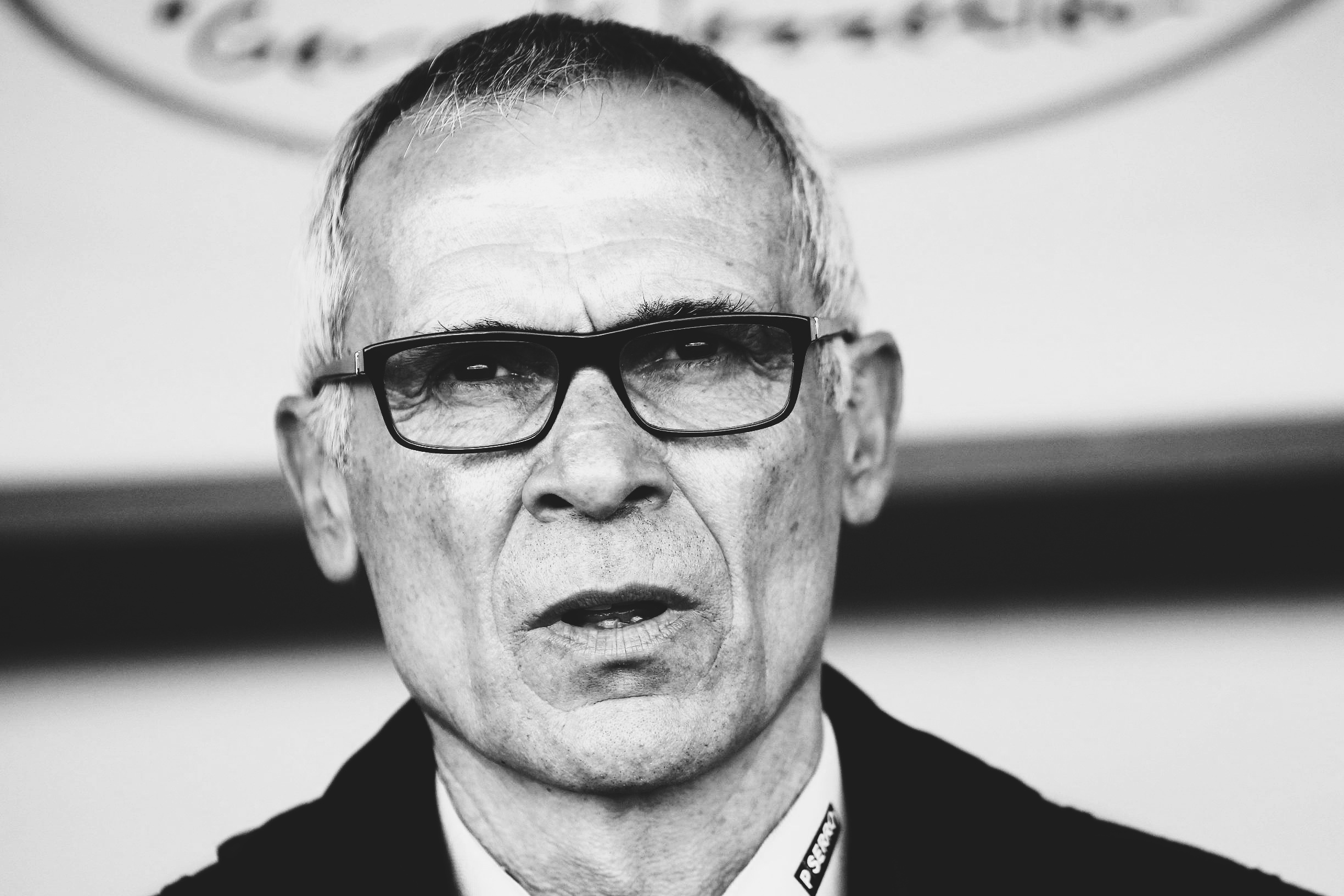 IMAGINE ONE OF THOSE BLOCKBUSTER SPY MOVIES. The opening scene features some cityscape and a superimposed date and place. After a bit of action, another cityscape appears, alongside another date and place, superimposed. The second scene is often a flashback, taking the story back in time from the current point of narration.

How about this. Libreville, Gabon, 5 February 2017. It’s a clear sky night at the Stade de l’Amitiè when Vincent Aboubakar’s last-minute goal hands over to the Indomitable Lions of Cameroon the 31st Africa Cup of Nations against record winners Egypt. Aboubakar’s goal completed a monumental comeback for his team, who had been chasing Egypt until minute 60 of the final.

Avellaneda, Argentina, 28 August 1994. The Gods of football gifted fans with a thrilling last fixture of the Argentina’s Clausura championship, pitting locals Independiente against Huracán. When the referee blew the whistle for kick-off, Huracán were leading the league by just one point over Independiente.

Hungry for glory, Huracán only needed a draw to end a two-decade title drought. The Dobla Visera, Independiente’s stifling den, was boiling hot as 50,000 fans believed in one of those miracles which only football can make happen; Independiente’s triumph in that game would have made them the champions. Some say that synergic collective wishes – prayers – create a powerful energy core. Perhaps it was true on that day as Independiente crashed Huracán with a bruising 4-0 victory. They won their 15th title, leaving Huracán empty handed again.

On the surface, these may just seem like incredibly similar, exciting and classic stories of football, were it not for the name of one common denominator: Héctor Cúper. Formerly El Cabezon and lately the hombre vertical, he was the manager of both Egypt in 2017 and Huracán in 1994.

There’s more. The 23-year gap between Avellaneda and Libreville are held together by a thick red thread, an inescapable manifestation of football romanticism which has made the now 61-year-old Argentine manager the poster child of the runner-up – the Héctor Cúper’s curse, if you will. Cúper indeed lost eight titles at the very last turn of the race – six finals and two leagues – losing in the last fixture.

Read  |  Carlos Bianchi and the art of winning the Copa Libertadores

A defender during his playing days, spending the entire career in his homeland, including a decade at Ferro Carril Oeste, Cúper first moved into football management at Huracán, where he had spent the four last years of his playing career. As the manager of Huracán, his impact was dramatic as he drove the team through the 1994 memorable season. The club had won five titles before then, four of them in the 1920s of and the last one in 1973.

Cúper left the club after the bitter end at Dobla Visera to join Lanús. His experience managing the Granate side showed no trace of what soon became a recurring pattern in his career. He won one of his few titles, bringing home the 1996 Copa CONMEBOL – the South American Europa League – against Santa Fe of Colombia.

His excellent results and fascinating tactics led him on the path to Europe, where he was hired to run small La Ligas team Mallorca, who had just been promoted to Spain’s top tier. At Mallorca, Cúper kept up the great work, obtaining in two years a fifth and a third place in La Liga, giving him passes to run challenges in UEFA competitions.

Just like he did during his time at Lanús, Cúper brought the Spanish side its first title in history, at the beginning of his second year at the islanders, winning the Spanish Super Cup after defeating Barcelona in the final. Cúper was granted access to that Super Cup thanks to the second major shaping of his curse – losing the final of the Copa del Rey during the previous season During his first season in the tourist mecca of the Balearian Islands, Cúper had led Mallorca to the final, where he lost to Louis van Gaal’s Barcelona on penalties.

The runner-up spot in the Copa del Rey also granted Mallorca access to the now defunct Cup Winners’ Cup in 1998/99, whose last edition was planned for that year. After an incredible journey in the tournament, Cúper and his Mallorca side lost 2-1 to Lazio, again forcing the Argentina to settle for the consolatory pat on the back. The positive biennium at Mallorca, however, earning Cúper the status of a legend. Thanks to a third-place finish in La Liga, Mallorca also qualified for the Champions League.

Cuper’s debut in Champions League, though, was with Valencia, who had sneered him during the summer after Claudio Ranieri left for Atlético Madrid. Faithful to his ever-growing CV, Cúper led Valencia to win the Spanish Super Cup, the trophy he won the year before with Mallorca, but few would’ve suspected that the cup he lifted on 15 August 1999 would be the last one in his career. 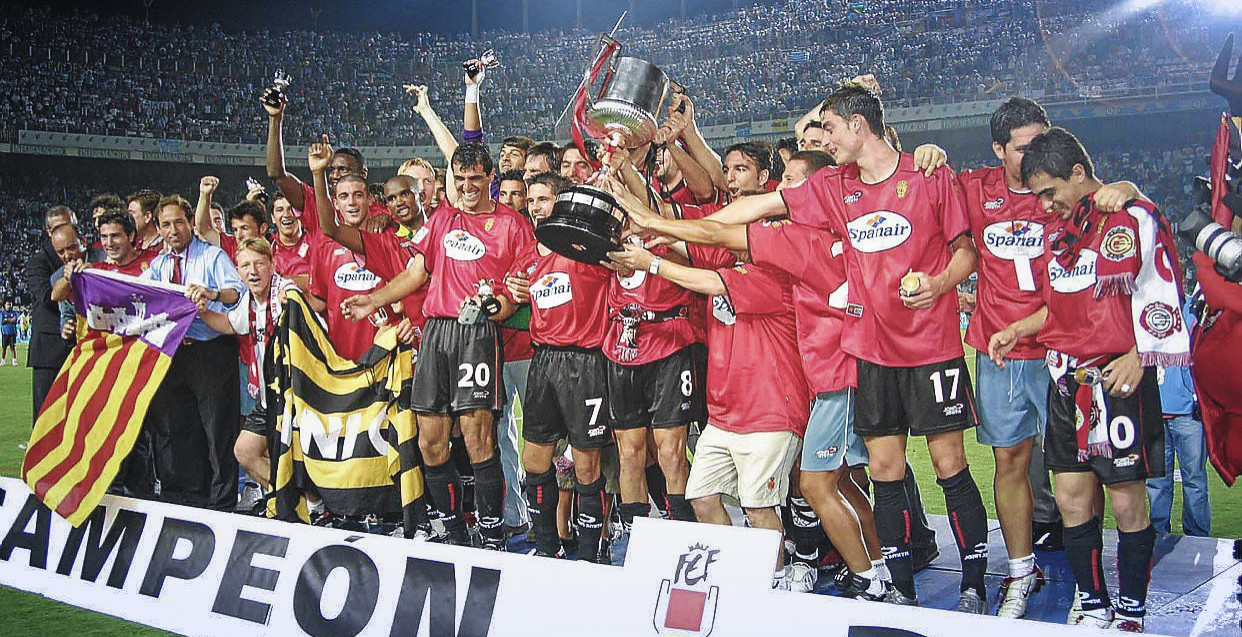 The Argentina led Valencia to second place in La Liga and to two historic and consecutive Champions League finals. With a reputation that was fast receding itself, Cúper lost both finals, to Real Madrid in 2000 and to Bayern Munich in 2001.

Valencia’s fairytale led fans to focus on Cúper’s incredible track record, made of underdogs achieving glory thanks to his 4-4-2. At the top of his career, in the summer of 2001, Cúper crossed the Mediterranean to join Inter Milan, one of Italy’s biggest clubs, in a move which many – despite his unenviable finals record – thought was deserved.

At Inter, stuffed with some of the world’s best players like Ronaldo, Christian Vieri, Álvaro Recoba and Javier Zanetti, Cúper delivered a monumental end to the season. The table before the last fixture read: Inter 69, Juventus 68, Roma 67, generating unprecedented drama for the conclusion of the Serie A season.

Roma were scheduled for action in Turin, to face Juve’s city rivals, Torino. La Vecchia Signori were in Udine, against a team who managed to resolve the fight to avoid relegation during the previous fixture. Cúper’s Inter were scheduled to play at the Stadio Olimpico in Rome against Lazio, a team whose supporters were – and are – in a long-standing friendship with Inter’s fans.

Lazio were the same team that had deprived Cúper a few years back from winning the Cup Winners’ Cup. Like in 1994 in Avellaneda, the stadium was one-sided. This time both Lazio and Inter fans were pushing Cúper and his team towards victory. While Inter were enduring close to a 12-year wait for the Scudetto, Lazio’s fans wanted to ensure that rivals Roma had no chance of winning a second consecutive title. Both Roma and Juventus, however, had fairly easy gigs, winning 1-0 and 2-0 their respective matches.

Inter were largely in control until the end of first half when Karel Poborský – who had been the best player in that European final against Mallorca –  scored to make it 2-2. Inter couldn’t handle the pressure in the second half as Lazio dominated the match, winning courtesy of a stunning 4-2 scoreline. Like in 1994, Cúper had lost the league at the very last round, conceding four goals once again. May 5, a date often remembered for the death of Napoleon in 1821, was now a date for the ages in calcio folklore – and it didn’t reflect well on Cúper. 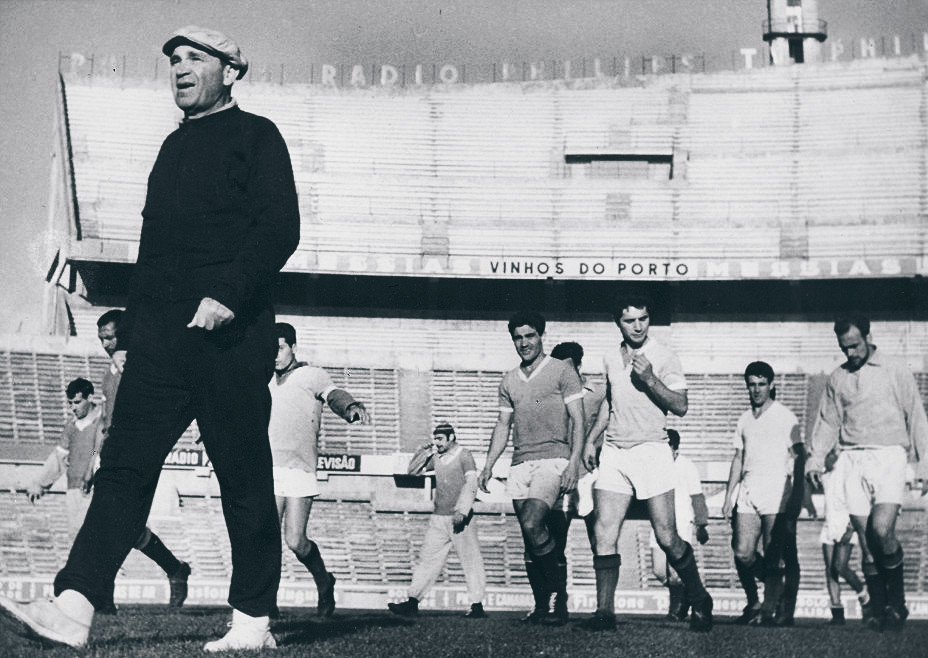 Read  |  Béla Guttmann: the mastermind who was more than just a curse

Things only got worse. During the following season, Cuper’s Inter reached the Champions League semi-final. Their opponents were city rivals AC Milan. Knocking out Milan, while at the same time taking Inter to the Champions League final, would have partially erased fans’ memories of the May 5 nightmare. Sadly, Cúper couldn’t find a way past Milan, and the Rossoneri compounded their misery by going on to win the tournament

The Milan defeat marked the turning point in Cúper’s career, as his tactics lost their efficiency while his personal jinx stayed with him. He was fired from Inter a few games into the following season and his next few roles saw his name all but disappear from the upper echelons of the European game. After Inter he managed Mallorca again, Real Betis and Parma, collecting a relegation along the way and getting fired twice. In an inexorable downward spiral, Cúper couldn’t see straight. He kept on seeking a rebirth, coaching the small national team of Georgia. Sadly, he won just once in 16 games.

Cúper’s renaissance could have happened at Aris Thessaloniki. He led the team to the final of the Greek Cup in 2011, but by now, you know the result. Losing 1-0 to Panathinaikos, Cúper collected yet another runners-up medal. His jinx was now in the same league as Benfica’s Béla Guttmann and Juve’s Champions League final impasse.

Cúper found some glory during the following season when he coached Aris to the last-32 in the Europa League, where he understandably lost to Manchester City. But his fall continued, partly due to an investigation by the Italian justice system into his alleged involvement in an illegal betting scandal.

Following this off-field low, his time as a manager was nothing short of disastrous, leaving all his teams in a worse position than when he took over. This period included stints at Racing Santander, the modest Orduspor in Turkey and Al Wasl in the UAE. And, of course, we can’t forget that day in Libreville, when Egypt were winning until the 60th minute in Africa’s greatest football final.

If Cúper has lost his game, he’s surprisingly not lost his faith. After the Libreville match, he remarked: “I don’t believe in witchcraft or curses or strange things like that. And there are finals [you win] and finals [you lose]. We lost two of them on penalties, we had nine players in the Copa del Rey, and we lost to great teams – Real Madrid, Bayern Munich, Barcelona. So jinx, bad luck? If you’ve only got bad luck, you don’t get there at all. I don’t think like that. People say you’re better not going at all if that’s going to happen. No, it’s better to be there. Always.”