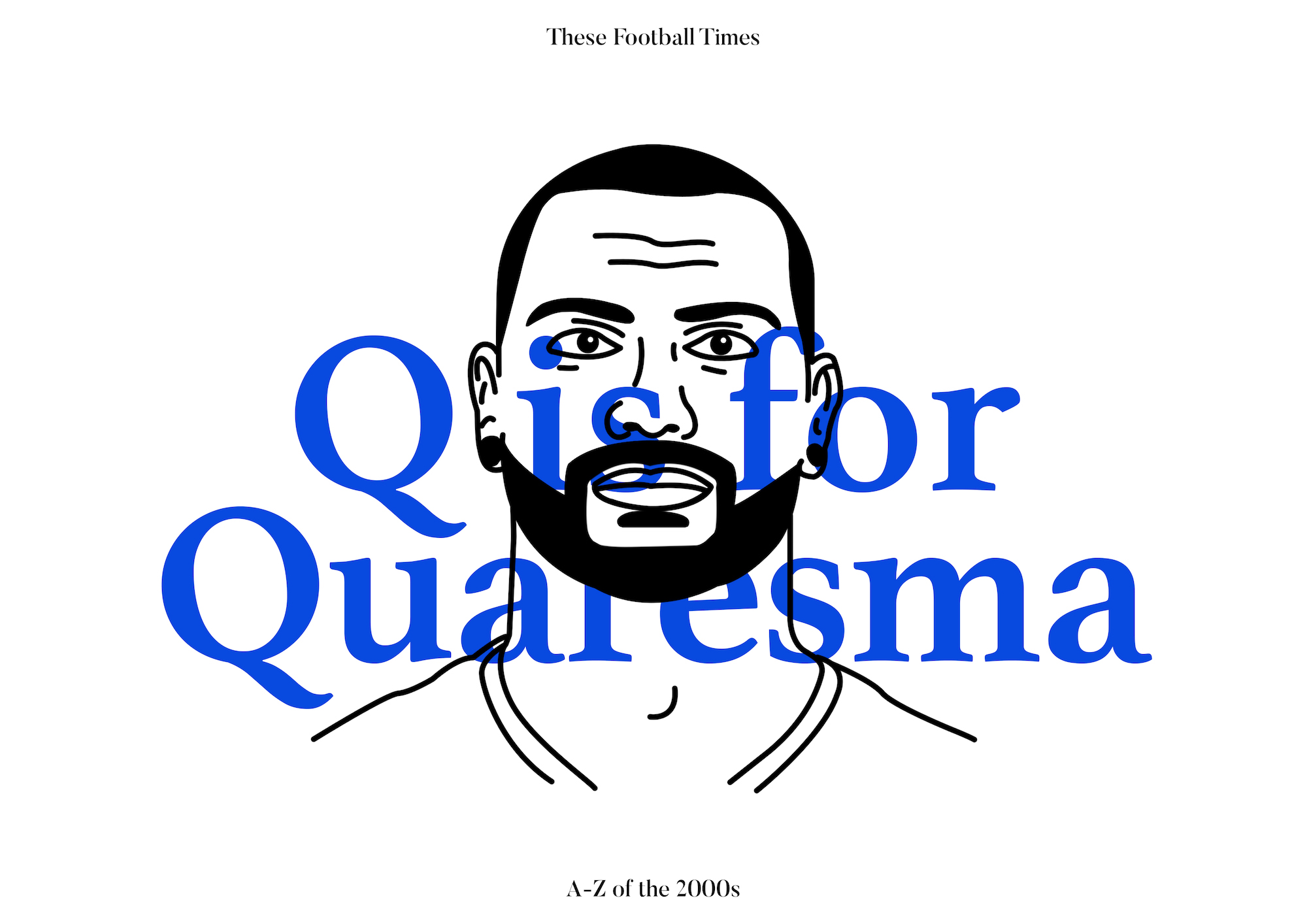 If asked to name the most skilful Portuguese footballer playing today, a player armed with some of the most dazzling feet and greatest tricks of the 21st century, nearly all would say Cristiano Ronaldo. However, there exists a man who may just be named ahead of Ronaldo by a handful, who lives in the shadow of the five-time Ballon d’Or winner and who, for many years, showed signs of achieving a not dissimilar level of greatness.

Ricardo Quaresma was an Alfacinha through and through. Born in Lisbon in September 1983, at the age of 11 he joined Sporting’s prestigious youth academy. Coming up through the youth ranks, Quaresma and Ronaldo played together until 2003. The former broke into the first team before the latter, making his first-team debut for the Portuguese side at the age of 17 in 2001, while Ronaldo didn’t star for Sporting until the 2002/03 season, doing so at the same age.

The duo both looked destined for great things but, during the early years, it was Quaresma who was often considered to be the Lisbon club’s most promising young player. Quaresma and Ronaldo both left in 2003 as the club encountered financial difficulties and received offers for the duo from some of the world’s best sides.

Whilst Ronaldo left Lisbon for Manchester United, Quaresma left for an equally gargantuan club: Barcelona. However, from this point on, the careers of these talented starlets diverged and differed hugely; Ronaldo switching clubs just twice more over the following 16 years, while Quaresma would be transferred seven times, inclusive of a season-long loan.

What is perhaps most fascinating about Quaresma is that, unlike most other footballers, he hit his peak early, when he was still considered to be a bright, precocious talent. Not only this but, despite all his faults, he has constantly remained an exciting player to watch, famous for his skills and tricks that made him known to football fans across the globe, even if he might have failed to impress on the biggest stages for the top clubs that occasionally came to call upon his services. 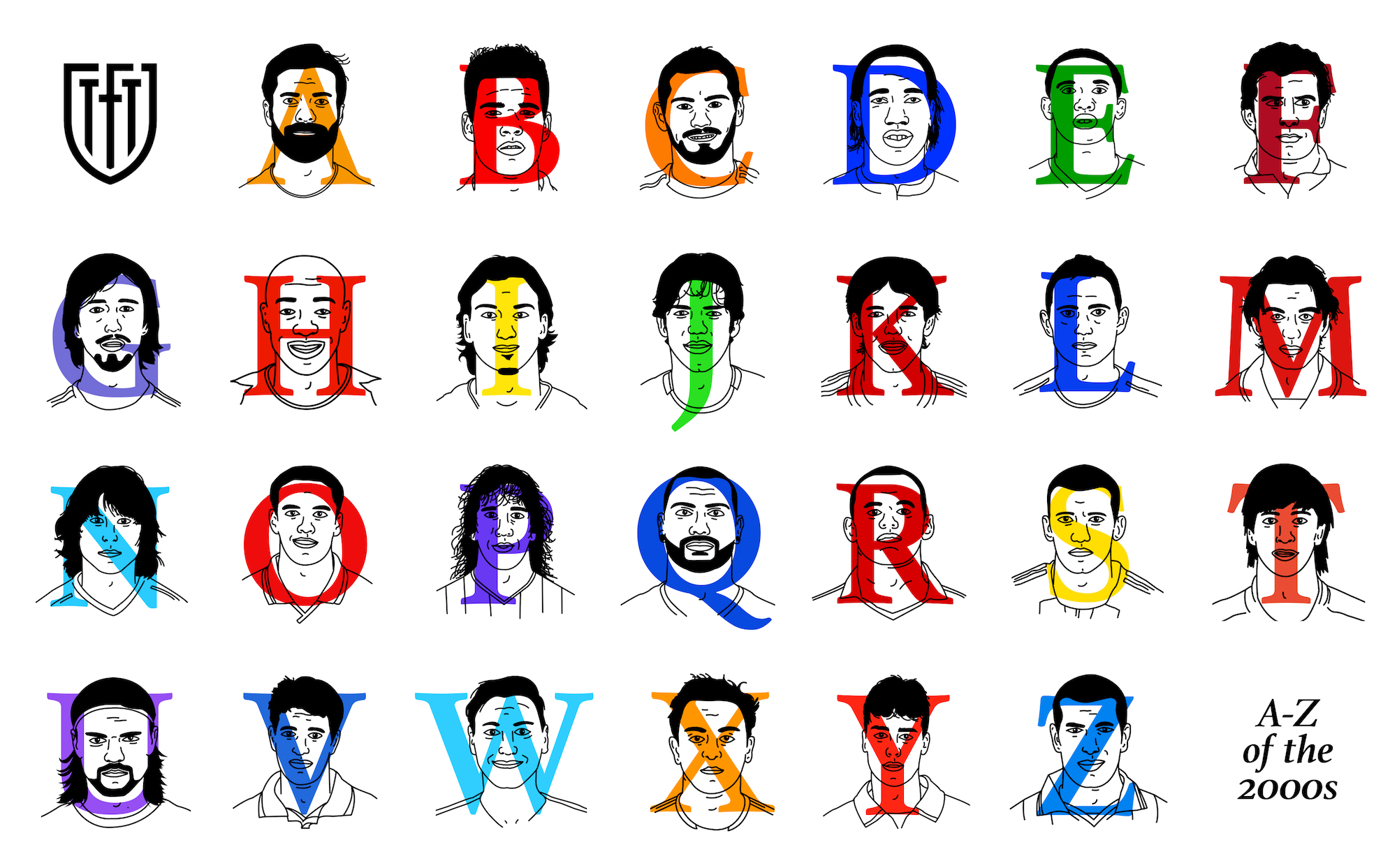 In retrospect, Catalonia wasn’t a good fit for the Portuguese winger. It was there the former Sporting man’s attitude problems began to surface and the cracks started to form in his attractive veneer. Despite playing 22 games in LaLiga, Quaresma spent most of his time joining the action late on from the bench, and registered just one league goal for the Spanish giants.

Quaresma was not the only arrival at Barcelona in the summer of 2003. Frank Rijkaard took over as manager and to say that he didn’t get on well with Quaresma would be an understatement. By the end of April 2004, Quaresma announced that if Rijkaard remained in charge, his time at the club was over, launching a scathing attack to the press. “If Rijkaard goes and another coach comes in, talks with me and gives me confidence then I will return. But if Rijkaard stays, I won’t return. Not the year after either. Rijkaard and I do not understand each other. I do not want to cause problems in the dressing room because this has nothing to do with my team-mates. This is between me and Rijkaard.”

Rijkaard was set to remain at Barcelona and, therefore, in the summer of 2004, Quaresma was duly sold. It was a return to Portugal that would be his destination, joining Porto as a part of the deal that brought Deco to Catalonia.

Quaresma would enjoy a successful period with Porto, spending four seasons with the club in which he won three league titles, two Portuguese Super Cups, a Taça de Portugal and an Intercontinental Cup; scoring 31 goals in 158 matches in all competitions, including netting eight in 27 in his final season with the club.

Then, once again, one of the top European sides came calling. This time, Italy beckoned as he completed a move to Internazionale at the end of the 2008 summer transfer window, the Nerazzurri, at the time, the reigning Serie A champions. To summarise Quaresma’s first season at Inter, he only spent six months at the club before being sent on loan to Chelsea in the winter transfer window, and was awarded the Bidone d’Oro at the season’s end – the award reserved for the worst player in the top flight of Italian football.

Quaresma’s spell at Chelsea was a fascinating one. He only played five times in all competitions but, in an interview with the club’s official website, claimed: “When I was at Inter I wasn’t feeling very confident, I wasn’t playing well and wasn’t happy. I already feel more confident here at Chelsea, it has brought the joy back for me, which I didn’t have at Inter.”

The following summer, upon returning to Inter, the club tried to sell him but to no avail. The winger spent another season in Italy, mustering just 13 appearances in all competitions without a single goal to his name. Despite this, Quaresma played a part in both Serie A and the Champions League glories, adding two illustrious trophies to his growing honours list.

From 2010, Quaresma would spend two years in Turkey with Beşiktaş, a season with Al Ahli in the United Arab Emirates, two seasons back with his former club Porto and, since 2015, has played for Beşiktaş once again. Throughout this time, he has lifted the Turkish Süper Lig twice, as well as the Turkish Cup and the UAE President’s Cup.

Quaresma has, however, shone on the international stage, even if his club career ended treading water on the wrong side of average. The winger was pivotal in Portugal’s European Championship win in 2016, scoring the winner in the 117th minute of extra time in the nation’s 1-0 victory over Croatia in the round of 16. This, one of many standout performances for his country, in the 80 times he represented his national team, scoring ten goals along the way.

Although he doesn’t boast the greatest career history in terms of goals scored, trophies won or major contribution, Quaresma’s legacy is in his silky skills and footwork. He became known worldwide for his tricks – even if it meant that he would sometimes appear greedy or wasteful. He at least had the flair and confidence to take risks, and it is for that intrinsic quality, not his various deficiencies, that he will be remembered as time slowly wears the memories of his fleeting career away.