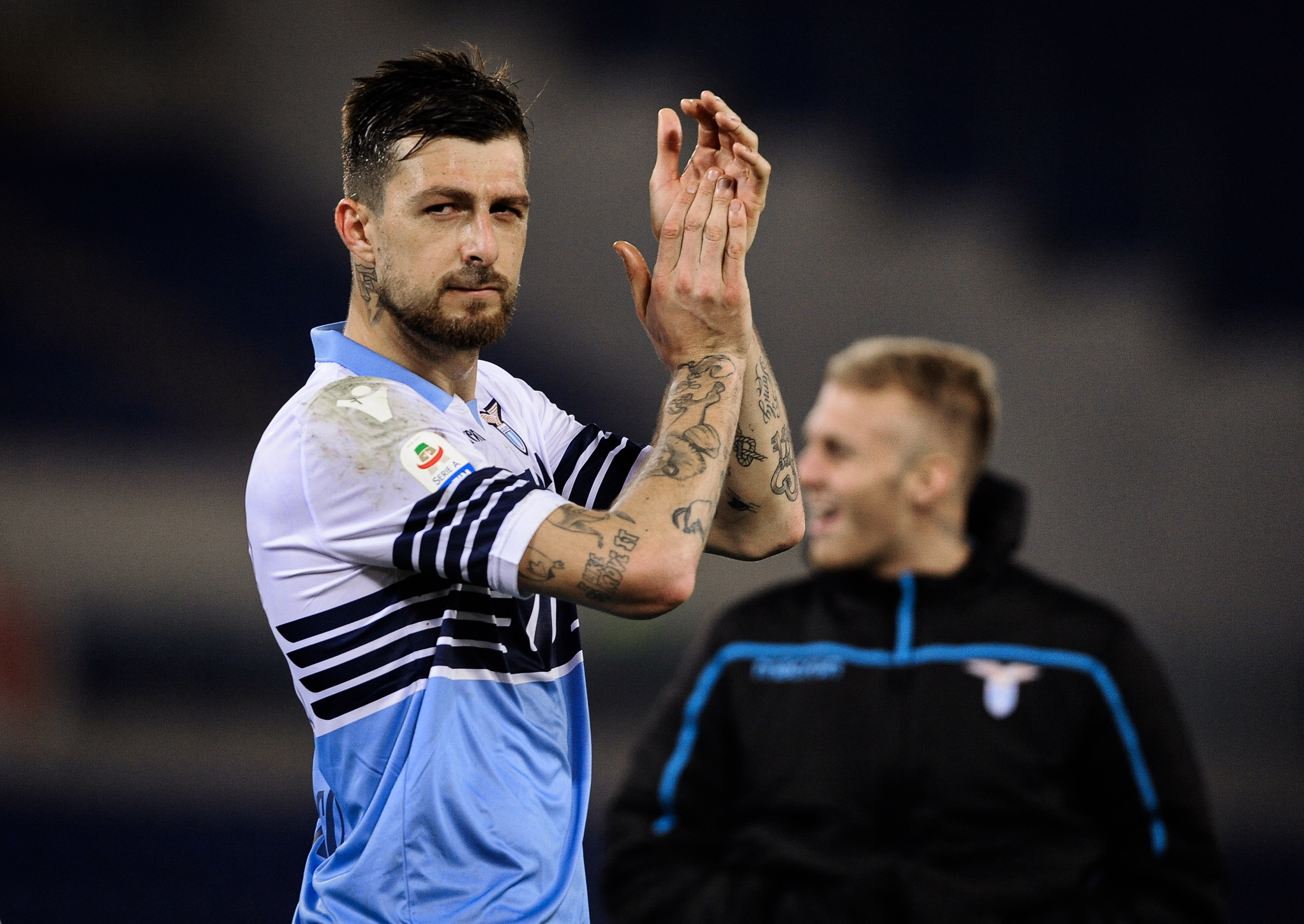 Football is a fascinating thing. One moment, it appears plagued with toxic negativity; the next, it can be used as a platform for good. Too often it is the former that dominates our headlines: we seem to hear a never-ending stream of the damage it is causing – whether through the verbal vehicles of racism or sexism or the physical consequences of hooliganism and rioting.

Every now and then, however, there is a story that stands out as a shining beacon in this sea of negativity. Sometimes it will be a tale of a club overcoming adversity to climb up their nation’s league pyramid; others, like at the World Cup, might be instances of fans coming together from different communities or countries to celebrate a common love of the beautiful game.

There are some stories, meanwhile, that trump all of these and that serve as both a celebration of willpower and inspiration to those enduring hard times. One of these is that of Lazio centre-back Francesco Acerbi.

Acerbi’s story is fascinating for a number of reasons but, most notably, due to his fight against cancer. It was a fight he won, and he battled back to greater heights in his career than he could have ever possibly imagined.

Acerbi’s story begins in the commune of Vizzolo Predabissi, a small township located just 12 miles to the south-east of Milan. Acerbi’s career in football got off to a relatively slow start. After playing for various clubs in the lower tiers, including local club AC Pavia, the Italian finally got his chance at a bigger side when Serie B’s Reggina, who had recently been in Serie A, signed him to a co-ownership deal in July 2010.

Acerbi, who was 22-years-old, was a key part of Reggina’s 2010/11 campaign in Serie B, when the Calabrian outfit narrowly missed out on a return to Serie A after defeat in the playoff semi-final against Novara. In the meantime, during the winter of 2010/11, Reggina purchased the remaining rights to Acerbi, before immediately striking a deal with Serie A side Genoa for a reported figure of €1m. 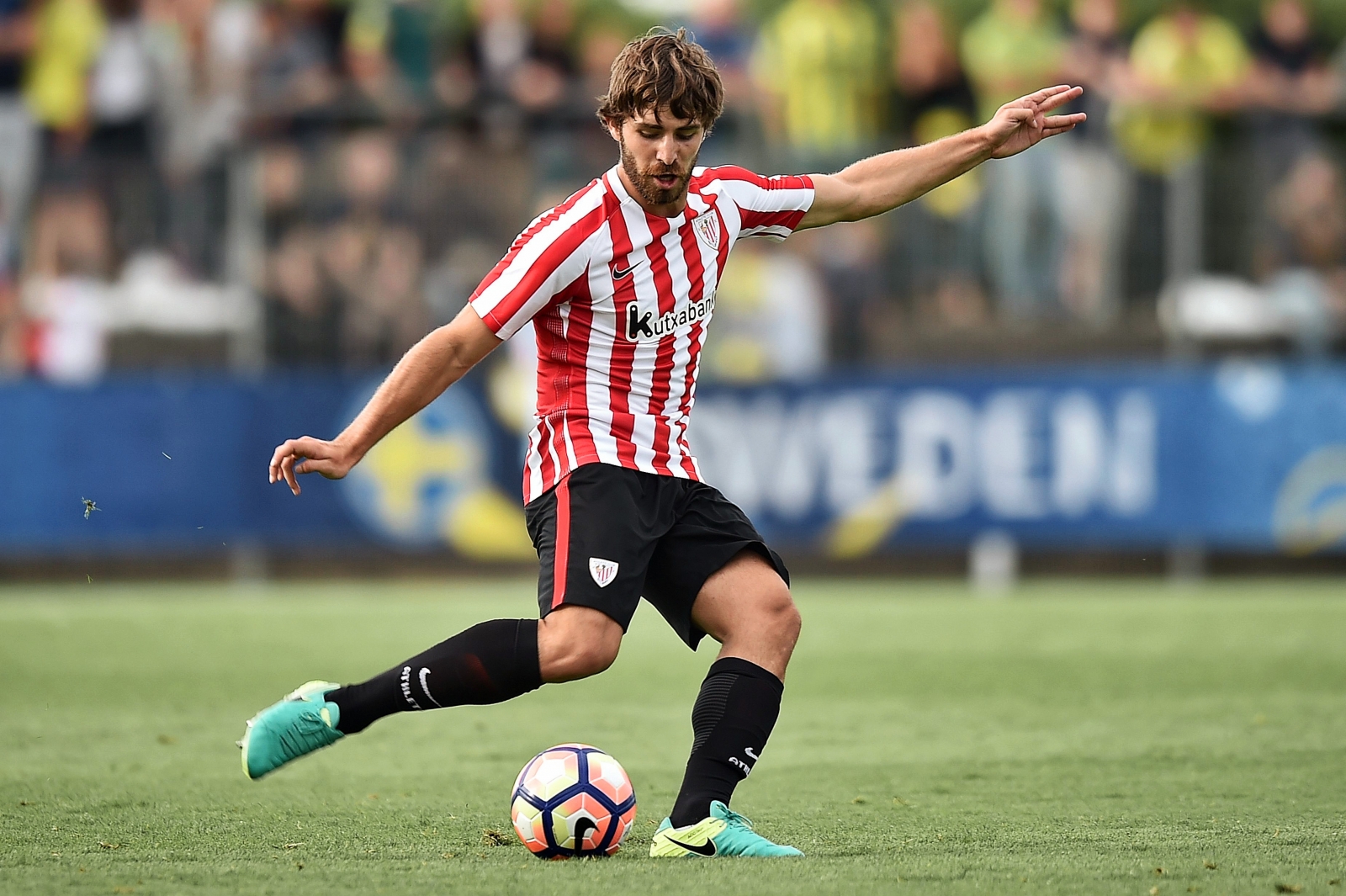 The next two years saw Acerbi switch clubs a handful of times. In June 2011, around a year after signing for Reggina, Genoa sold the co-ownership rights of the player to Chievo Verona, where he played 17 Serie A games in his debut season. A year later, it was the turn of AC Milan to take a portion of Acerbi’s ownership rights, the Rossoneri giving Acerbi his first chance at a big club.

In an interview with Corriere della Sera in January 2019, Acerbi reflected on his time at Milan: “At Milan, I felt invincible, free to mess up and go around the premises drinking lots of alcohol.” However, he noted that “luck was on [his] side” as “on the field, I was going strong.” Acerbi played just six times in his six-month spell with the Rossoneri before he was sold back to Genoa for €4m and sent out on loan to another of his former clubs, Chievo, for the remainder of the 2012/13 season.

In the 2013 summer transfer window, newly-promoted Serie A side Sassuolo spent €1.8m on half of Acerbi’s ownership rights with the other half still belonging to Genoa. It was in this fateful summer that a turning point arrived in not only Acerbi’s career, but his life. Before he even had the chance to kick a ball on the field for the Neroverdi, Acerbi participated in routine medical tests during the pre-season period. In this check-up, doctors found a lump in the Italian’s testicle, a sign that he had a potentially cancerous tumour.

Doctors were quick to act on this and he had surgery in Milan to remove the tumour. The surgery was considered a success and Acerbi would play 13 games for Sassuolo at the start of the 2013/14 Serie A season. However, the centre-back failed a drugs test in December 2013, categorically denying the use of any performance-enhancing drugs and suggesting that it could have been a result of his post-surgery medication.

In this test, Acerbi tested positive for high levels of human chorionic gonadotropin (hCG); a hormone typically used illegally by sportsmen to boost testosterone. Acerbi was subsequently suspended by the FIGC. However, what was not considered by the governing body was that hCG was known to be produced by tumours.

Just when things had been looking on the up for Acerbi, life had thrown another punch at the centre-back. An additional medical examination at the tail end of 2013 showed that the tumour had returned and Acerbi was diagnosed with testicular cancer. For many, this would be a career-ending injury. 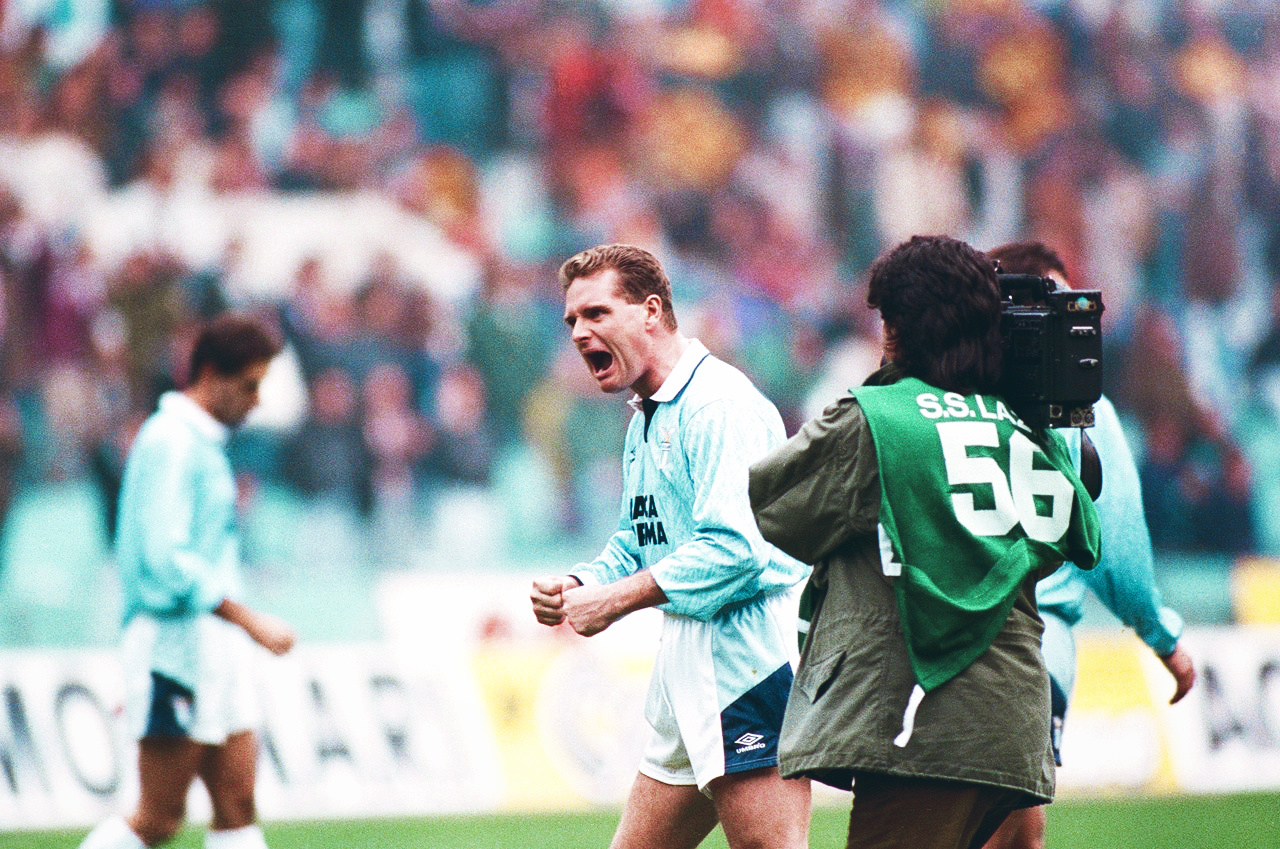 Read  |  The Roman tragicomedy of Paul Gascoigne at Lazio

The next six months would be pivotal in Acerbi’s story. The Italian underwent chemotherapy to recover from his cancer and, during this time, the defender ensured he missed as little training as possible. In that interview with Corriere della Sera, Acerbi noted: “If you do not live an athlete’s life at those levels, you pay the price.”

On 15 March 2014, Acerbi announced via his Facebook page that he was “ready to come back,” adding, “now comes the good moment, when I can win back everything I left behind. I am doing it for me and my family. From today, I change gear.” It was this fighting spirit that helped the Italian bounce back from his illness.

Many would struggle to fight back from a condition of this severity; cancer taking a huge toll on anyone both physically and mentally. The fact that he stayed determined to continue his career and remained motivated to train was impressive enough, but he showed the mental maturity to learn from his past mistakes and use them to shape his future.

Reflecting on his time during treatment, Acerbi told Sportweek of the horror he endured. The Italian mentioned there would be some mornings where he would wake up to find that whole portions of his hair had fallen out overnight and that he had “a thousand different medicines” to take during the period.

After two full months in hospital, Acerbi’s road to recovery was well on its way. The Italian missed the remainder of the 2013/14 season but worked hard during the summer to make sure that Sassuolo would give him the chance to show what he could do once Serie A resumed in September. The centre-back trained harder than ever before during the summer to make sure he was fighting fit for the opening of the Neroverdi’s 14/15 season. 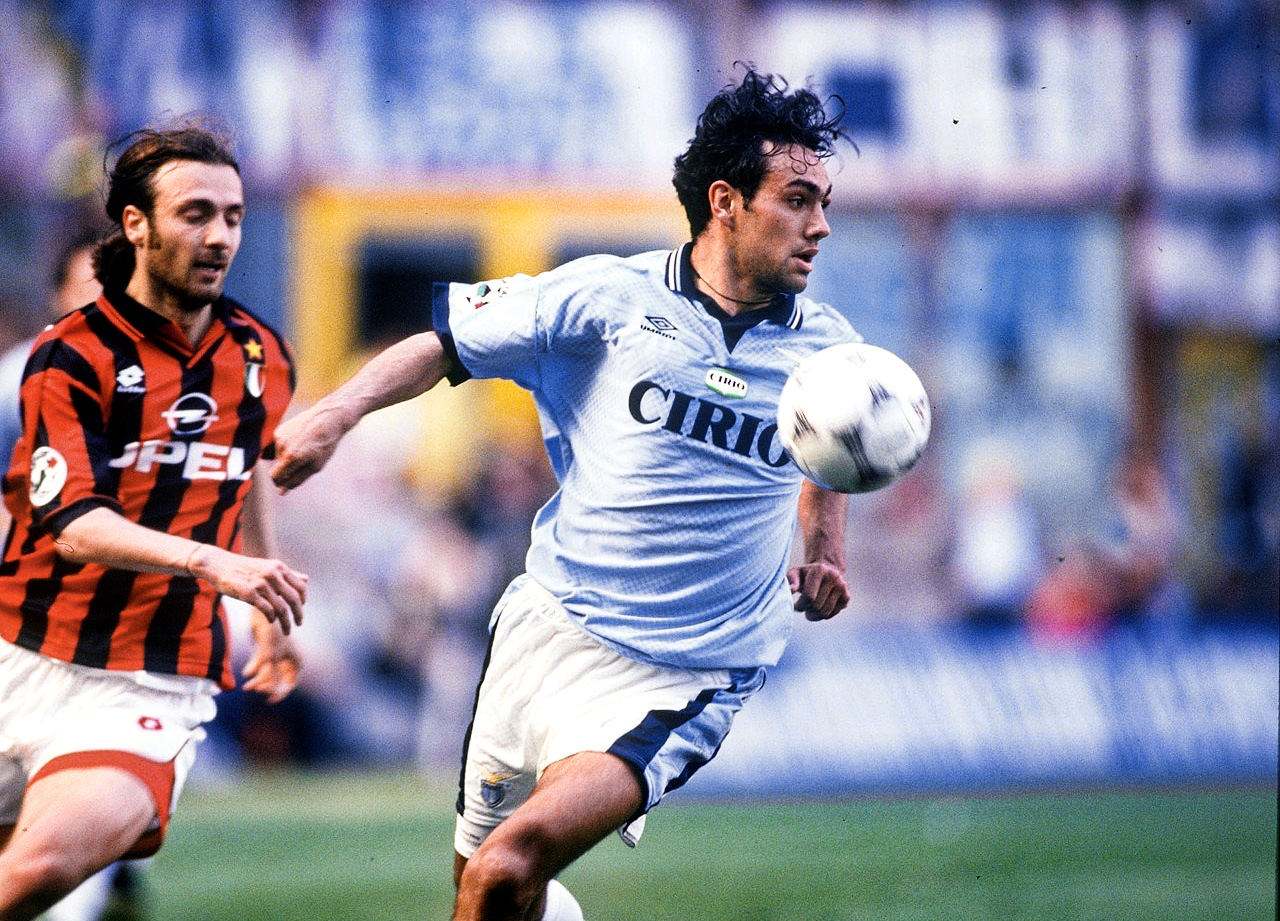 Sassuolo travelled to Parma for an Emilian derby; both sides being tipped to be relegation candidates for the season, making the points on offer especially valuable for whoever came away with them. Sergio Floccari gave Sassuolo the lead in the 20th minute before Acerbi doubled the visitors’ lead just three minutes later.

The match finished 3-1 to Sassuolo in the end, but it was Acerbi’s goal that struck the heartstrings of everyone involved. After scoring, all his teammates surrounded him and there was hardly a dry eye amongst the Neroverdi fans, players and staff. An emotional moment, Acerbi had well and truly returned – victorious in his battle with cancer.

Over the next four seasons with Sassuolo, Acerbi would amass 144 appearances before, in the summer of 2018, he completed a move to join Lazio. Acerbi’s signing for the Biancocelesti was met with great pressure, the Italian being called upon to replace Stefan de Vrij, who left to join Inter.

During his time at Sassuolo, Acerbi started to make progress towards Inter legend Javier Zanetti’s record for the most consecutive Serie A appearances. Zanetti played in 162 consecutive matches for the Nerazzurri and Acerbi was on track to eclipse his record. However, a controversial red card in a 2-1 defeat for Lazio against Napoli on 20 January 2019 brought an end to his 149-game streak.

Acerbi’s first season in Rome was excellent. The defender filled the void left by De Vrij, easing any worries Lazio fans had. He was named in various teams of the season, as well as a finalist in Lazio’s own player of the season competition. Furthermore, the Italian returned to Azzurri duty, having been called up by Roberto Mancini to win just his third cap.

Francesco Acerbi’s story is one full of tribulation but is an undeniable testament to the beauty of human willpower. He should not only be looked up to as a role model but as an inspiration, too. For anyone struggling with or affected by the horrors of cancer, the Italian’s career should serve as a beacon of hope in dark times.