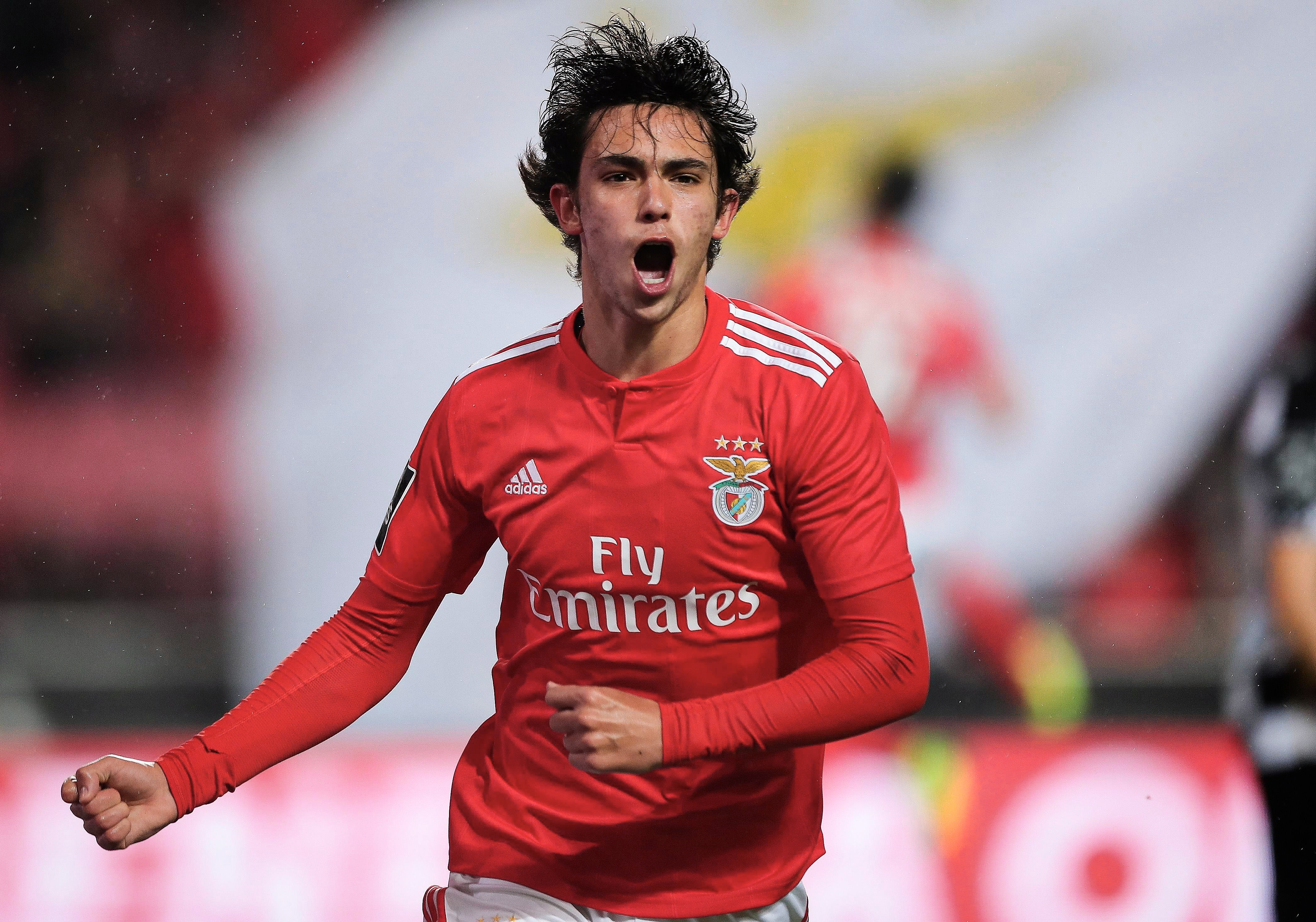 Football fans are some of the most fervent believers in re-incarnation that you will find anywhere in the world. In their eyes, the souls of great players never truly depart: year after year they are rediscovered in the form of some youngster making their way towards the top. Some vital signs always give the new kid away: a certain dip of the shoulder, a slightly bow-legged gait, a particular style of slide tackle. Something all too familiar that reveals them to be more than they appear, old souls in new bodies.

The next Maradona. The new Ronaldinho. This generation’s Beckenbauer. Football’s karmic wheel spins on, the old heroes appear anew in a different time.

It’s a pretty natural instinct, after all. We think we have a grasp on the footballing world at a particular moment, an understanding of its current patterns of success and failure. We think we know who the big players are, the ones driving and defining the game, their styles and attributes. And then some gutsy kid comes bursting through and upsets the whole order, leaving our brains scrambling for a new model to understand them with, a framework in which this new, disruptive bit of data can be effectively processed.

The first thing that springs to mind is, naturally, the greats – the legends of the game who create the paradigm through which all others are understood. Those extraordinary players who we associate the sport with. We pick out a player from the pantheon who best matches the young upstart – usually one from their home nation – and use them as a reference point. Now we understand things again. Now the game can proceed.

This is such a knee-jerk reaction, so satisfying in the way it merges nostalgia for the past with excitement for the future, that we can be a little over-eager about it. Consequently, most of these prophecies don’t pan out. Adriano quickly matched Ronaldo’s waistband but never really filled his shoes. Ronaldo’s fellow Galácticos Luís Figo and Zinedine Zidane did not see their jerseys taken up by Candido Costa or Bruno Cheyrou. Freddy Adu played the game for Pelé’s throne, lost, and his career died. 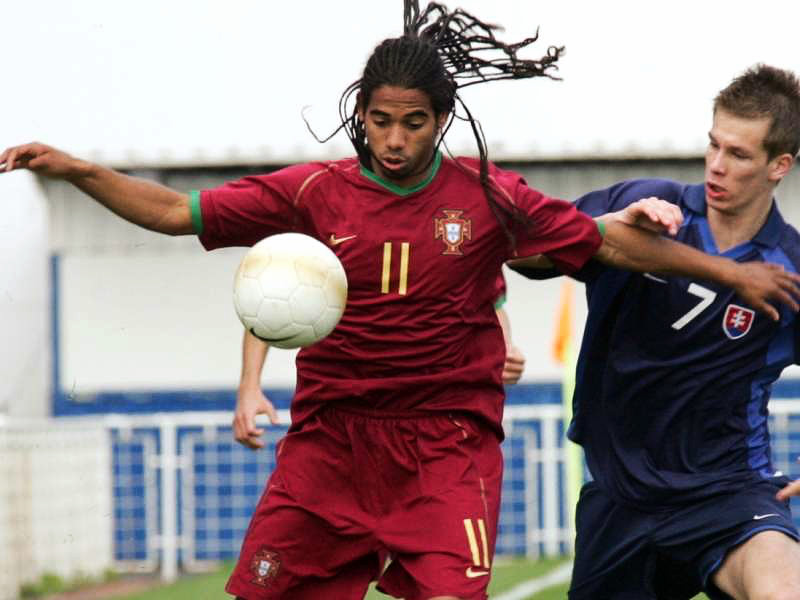 Read  |  The roller coaster life of Fábio Paim, the star many believed could’ve been as good as Cristiano Ronaldo

At the time of writing, one of the biggest “Next Big Things” in the game is Benfica’s João Félix. One of the brightest points upon a glittering Portuguese horizon, Félix is the one that many are backing to become the shining light of the national side once Cristiano Ronaldo’s ageing star finally begins to dim. And, in this case, the comparison between the two is pretty inescapable.

It’s not just that they’re both six foot-ish, right-footed, left-sided inside forwards that come from Portugal. Félix’s whole game, from his elegant straight-backed way of running (something Ronaldo himself may have inherited from Eusébio) to his teasing feet and the thunderbolts he can unleash from range – all of it plays like a near-perfect Ronaldo emulation. He is visibly the product of a youth spent using Ronaldo clips as YouTube tutorials on how to be a world-class footballer.

This sort of idol imitation is nothing new. We all did our best impressions of our favourite players when we kicked a ball around as kids, and every top level player could reel off the names of their own heroes. Every new generation is shaped by watching the one that came before. But Félix might be the first great footballing product of the YouTube generation and its new way of watching.

One of the most fascinating things about Félix’s style is that he is not roleplaying a 19-year-old Ronaldo or the present day iteration; he’s doing a version cut together from across the former Galáctico’s 17-year career.

The world-dominating Ronaldo of his Real Madrid years is an image so burnished into the brains of football-watchers worldwide that it makes this incarnation of him feel timeless, but the truth is that he was a very different player when he first rose to prominence. At Félix’s age, he had just completed his move from Benfica’s great rivals, Sporting, to Alex Ferguson’s Manchester United. His talent was already so obvious that his arrival was greeted with salivatory anticipation, but in truth he was still a long, long way from what he would become. 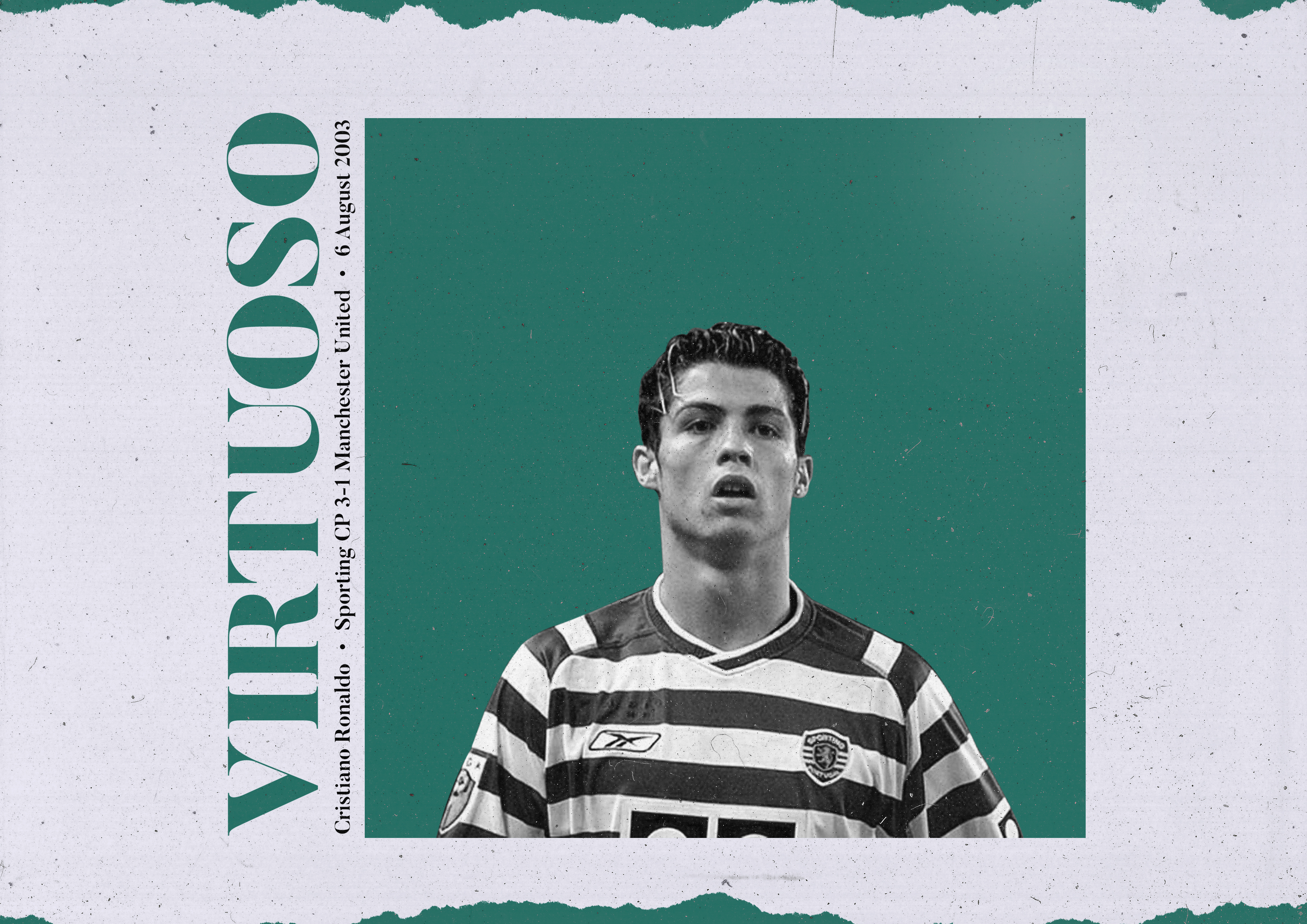 The Ronaldo of those early years treated the wings as his domain, tormenting any poor full-back who trespassed there with a thousand lightning-quick stepovers and an endless arsenal of flicks, twists and turns. There was something almost sadistic about the way he made defenders dance to his music, and his ability to square up a defender and reduce him to a shivering wreck was almost unrivalled. Still, he mostly remained relegated to that fringe zone upon the wings.

Being so near the sidelines supplied him with a constant source of victims to terrorise but also often kept him from having a more definitive impact on the game, especially as a winger who never particularly prided himself on his crossing ability.

The early years Ronaldo was all artistry and entertainment – he didn’t play in cold hard numbers like he later would. He spent three seasons in the Premier League without taking his goal tally into double figures, having scored only three league goals in Portugal before his transfer. He was undeniably thrilling to watch but still questionable in terms of his actual effect.

As the years at Manchester United rolled on, the skinny kid with the frosted tips slyly bulked up into one of the most imposing athletes on the planet, and his greater mass seemed to draw him into the goalmouth’s gravitational pull. He honed his body and his game into a piece of raw efficiency, a match-winning machine without an inch of waste, which could rigorously run through the same game-deciding motions again and again and again. His goal tally has since reached double figures in every single season.

Félix is still a skinny kid. Benfica currently have him on a special training regime to try and build him up a little, but it would be a little out there to predict that he will ever rival the sheer athletic prowess of the man who can out-jump most NBA stars. And, watching him scamper up the wing, gleefully cutting back and crossing over to confound the flailing full-back, there is a lot of young Ronaldo about him.

He has also scored 13 goals in 22 games this season and hit a Europa League hat-trick in Benfica’s quarter-final against Eintracht (a 4 -2 game in which he also won the penalty that he scored from and set up Benfica’s other goal). Already, Félix has far more to his game than audacious skills and clever tricks. He is not a decorative luxury but an attacking force to be reckoned with, integral to the side that will be lucky to keep him beyond this season.

Félix is football’s first great piece of remix culture, assembled from Ronaldo clips from across the years, elegantly stitched together to create something made from the past but re-tuned for the present.

This is all not to say that the student is necessarily destined to overtake the master. Good numbers at this early stage can be misleading, tempting those who scan the sports pages to invest heavily now only for the player’s stock to peter out before it ever reaches anywhere near the value being projected. But he is an exciting prospect and an ideal avatar for the footballing world in the social media age.

The likes of Cristiano Ronaldo rose to prominence as the online world was colonising our modern reality, and players like him and Neymar became the first to tap into its potential, using their various personal channels to convert sporting stardom into a lucrative personal brand. A generation on, Félix is one of the first players to come out of a world in which social media was an established fact of life form day one. It is the prism through which so much of the world is brought to him and his kin, including football.

Each new footballing iteration is different and brings something new to the game. It may or may not be João Félix who leads the charge for the YouTube generation but he is one of the most fascinating candidates for the title right now.