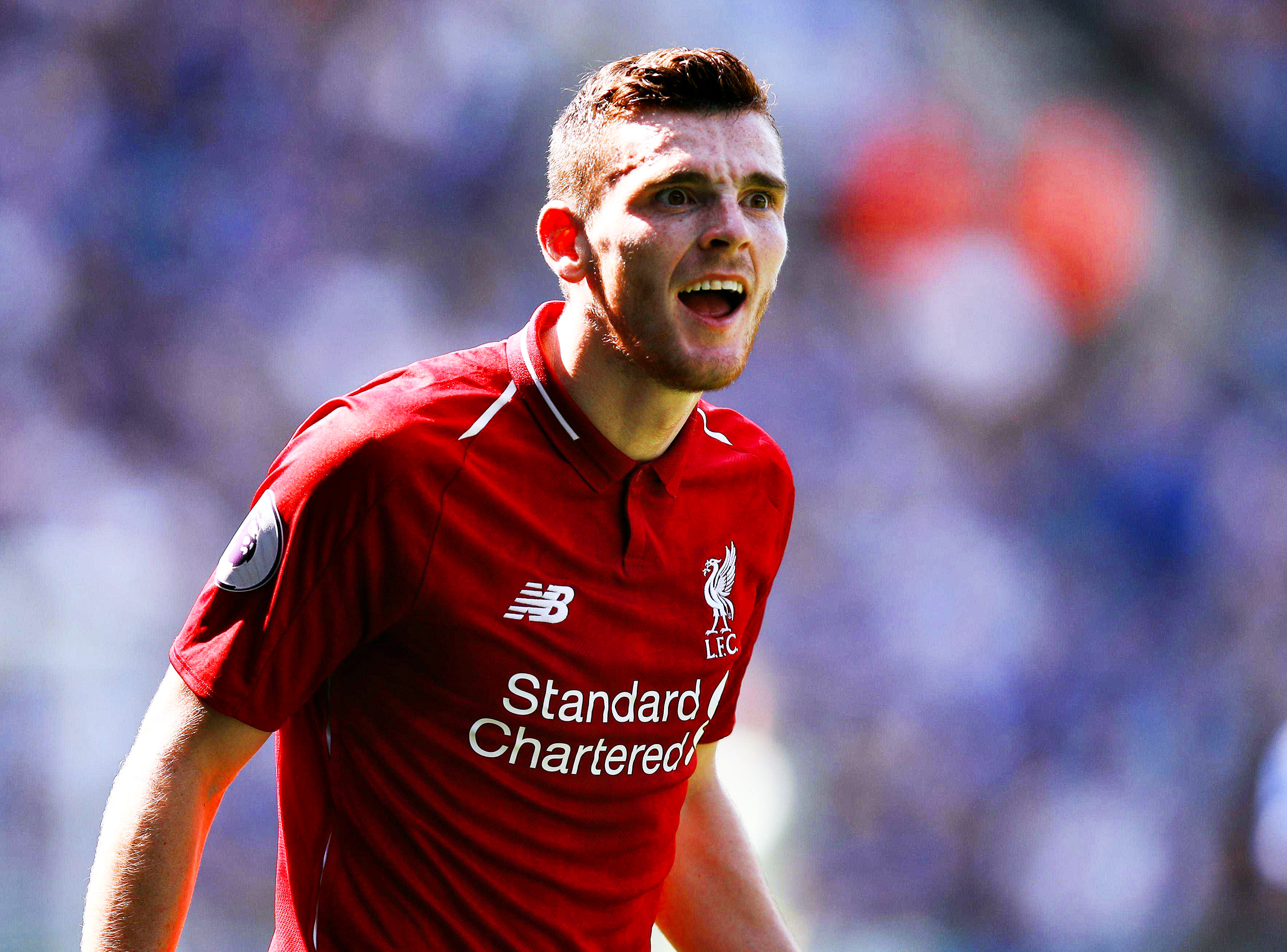 “I am still tired just looking at Robertson. He makes 100-metre sprints per minute, absolutely incredible.” José Mourinho was full of praise after his side’s 3-1 defeat to Liverpool. Mourinho often misinterpreted situations during his stint as Manchester United manager, yet even he couldn’t misconstrue the brilliance of Andy Robertson that day.

Adulation from opposition coaches and fans alike has come frequently for Robertson in recent times, though this hasn’t always been the case. Similarly to his tireless style on the pitch, his rise is a result of hard work and persistence.

Released from Celtic’s academy as a youth prospect, largely due to his slight frame, he signed for amateur side Queen’s Park. “Andy left Celtic when he was about 15 and came into our academy and, obviously, kids can react to the disappointment of leaving such a big club in a number of ways. I saw him three nights a week and on a Saturday. He gave 100 percent in training and matches, to go along with the talent he had. That’s the overriding thing that we remember,” said Gardner Speirs, Robertson’s former Queen’s Park coach, to the Telegraph.

Queen’s Park were unable to facilitate a wage for Robertson upon his arrival, who therefore supplemented the cost of part-time football with work behind the scenes for the Scottish Football Association. It was around this time that he sent a now-comedic tweet stating his displeasure at the course of his career: “life at this age is rubbish with no money #needajob”.

University beckoned for Robertson, who accepted the dire reality of his situation and the unlikely nature of a career in football, though as fate would have it, he was called into first-team action shortly beforehand.

Robertson, determined to overcome his adversity, succeeded. In his debut campaign, the left-back appeared more often than any other Queens Park player and impressed with his attitude, determination and skill. Inevitably, his performances attracted interest and Robertson had eventually agreed a deal with Premiership outfit Dundee United. 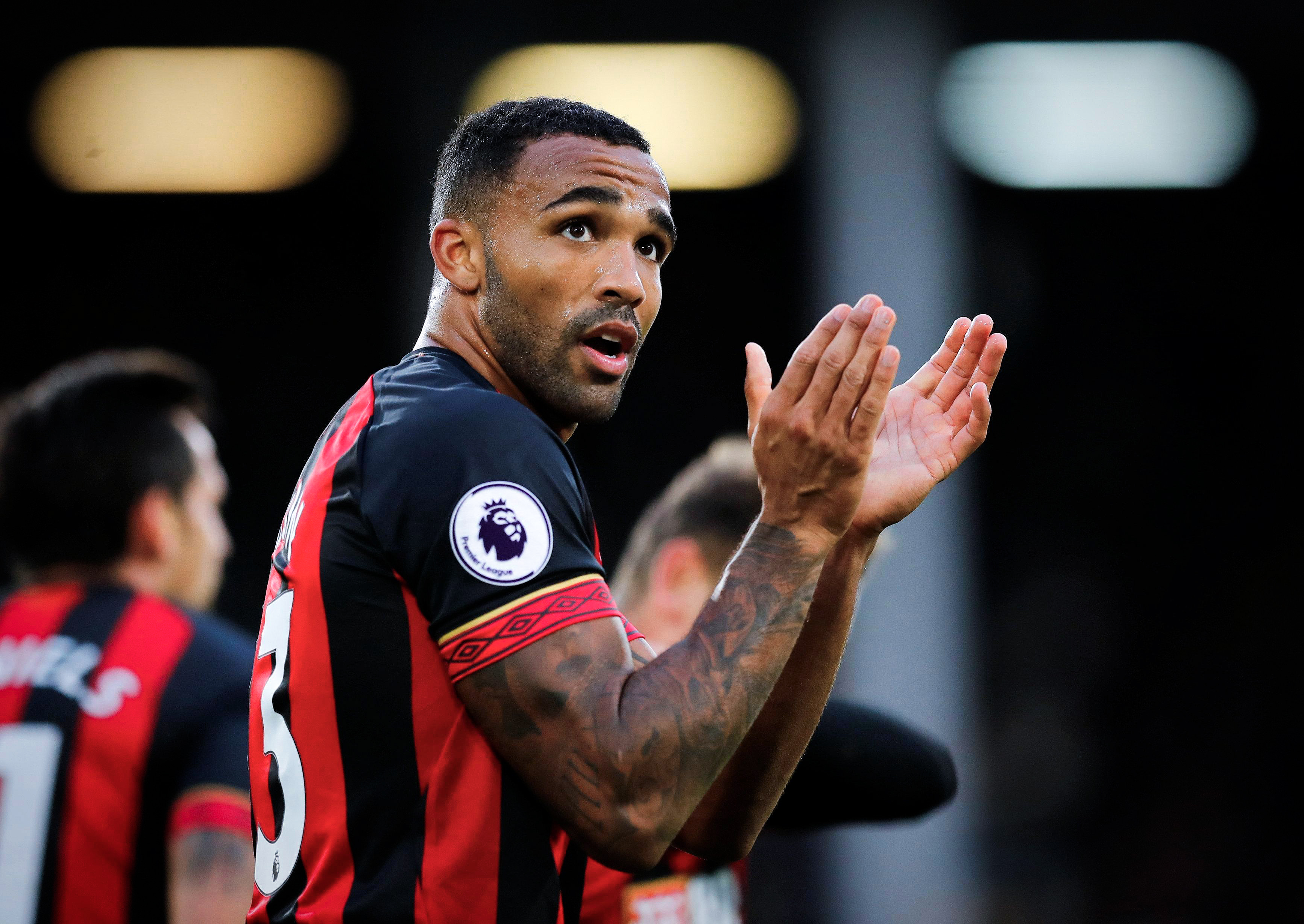 Unfazed by the prospect of full-time football, and quickly able to adapt to a higher level, he became an indispensable member of the United side, claiming the SPFL Young Player of the Month and SPFL Player of the Month accolades before Christmas. The Tangerines quickly realised they had a special player in their ranks and extended his contract by a further year, merely months after his initial deal was signed.

Robertson’s form continued for the remainder of the season, and he was voted PFA Scotland Young Player of the Year, earning inclusion into the PFA Scotland Team of the Year. “The thing with Andy was that he was always on the front foot with his defending and attacking. He was slight, but he was very hungry to learn and to do well. Together with his attitude, that made me feel he always had a chance,” Jackie McNamara, Robertson’s former coach, told the Scotsman.

United finished fourth and reached the Scottish Cup final with a close-knit, talented squad. McNamara’s squad included Ryan Gauld, Stuart Armstrong and Gary Mackay-Steven – all touted for greatness at some point in this early careers – but it would be Robertson who’d progress furthest.

Impressive performances at club level attracted interest at a national team level, and Robertson was called upon in a different capacity to that of prior years by his former employers. He now wouldn’t be rustling papers at the Scottish FA’s head office; instead, he’d be harassing opposition wingers and right-backs.

Robertson quickly became an integral part of the Scotland set-up, in part due to his undoubted talent but also thanks to his leadership qualities and tireless effort, which were clear to see as early as his debut against Poland. “Andy came on there and the first time he picked it up he drove about 30 yards,” Gordon Strachan, Robertson’s former boss, told the Guardian. “I thought ‘that’s fantastic’. Absolutely no grey area, I’m going to do what I do. I loved seeing that first touch.”

Scotland weren’t the only side that Robertson’s performances had intrigued, with Premier League outfit Hull City declaring their interest in the full-back. Just under £3m was the agreed fee, with Robertson signing a three-year contract with the northern club.

Questioned by many in the English media, with a sole professional season to his name, Robertson quickly silenced his critics. “I’d been looking at Stuart Armstrong but Robbo was the no brainer … he’d a history with Celtic and he was always a determined lad given how he’d recovered from his setbacks. You could see straight away he had ability and he can only get better,” Stan Ternent, Hull City’s chief scout, explained to the Hull Daily Mail. 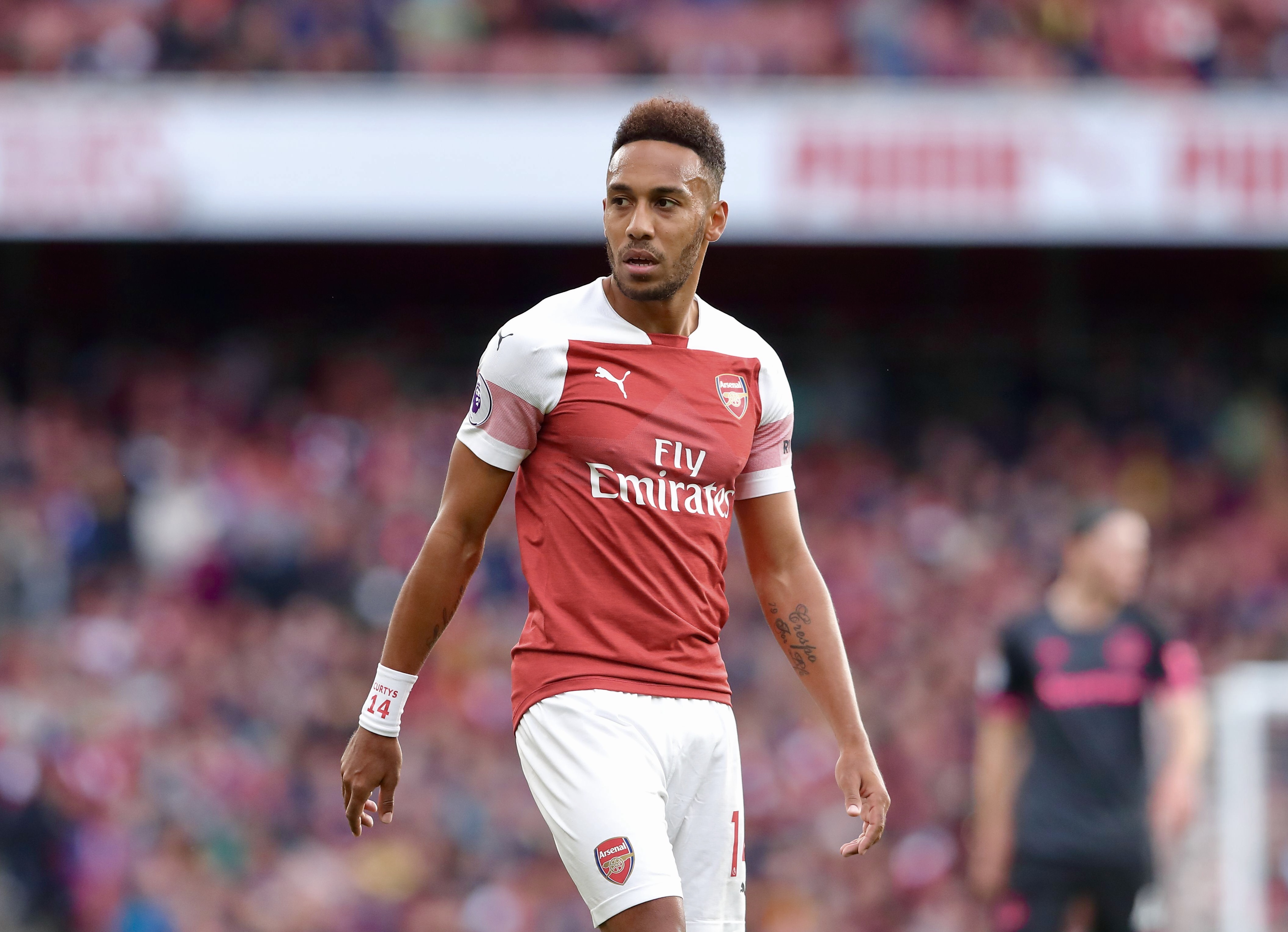 Over the course of his debut season in English football, Robertsons’ tenacity in attack impressed, despite his bit-part role in the squad. Scapegoats aplenty were called out amidst Hull’s eventual relegation, particularly from those not sticking around at the club. “In fairness, they [Hull City] are just not very good. It’s a team with Alex Bruce in it. But there’s one who can be super, super, super good … and that’s Robertson,” said Hatem Ben Arfa, Robertson’s former Hull teammate, on the Totally Football Show.

Unlike Ben Arfa, Robertson chose to remain at Hull despite the impending relegation and was rewarded for his loyalty. The full-back appeared frequently for the Tigers across all competitions as his side won promotion via the playoffs. With the Championship’s reputation of being notoriously exhausting, Robertson’s seemingly infinite energy levels were crucial to his side’s success that season. More than that, however, he instantly modelled himself as a leader, providing outstanding defensive cover and attacking at every opportunity. Across the country, Championship fans were rapturous in their praise.

Hull returned to the Premier League at first attempt, though they weren’t expected to stay there, with managerial upheaval and a dearth of signings resulting in understandable pessimism. Regardless of that, Robertson’s meteoric rise had caught the eye of those previously unfamiliar with his the Scot, with darting runs, intelligent defending and barking orders impressing many.

Robertson was again one of the first names on the teamsheet for Hull across all competitions, however, their season would be one to forget, especially for Robertson, bever a footballer to put individual glory first. Despite performing well personally, his side’s woeful preparation upon their return to the Premier League ultimately proved costly and they were relegated – although Robertson wouldn’t be joining them in the Championship on this occasion.

Liverpool had touted Robertson as a replacement left-back to fill the role shared by the inconsistent Alberto Moreno and makeshift full-back James Milner. Jürgen Klopp’s side had often been criticised for poor defensive performances, and Robertson was seemingly part of his solution for a fee of £8m.

Klopp is a distinguished proponent of the Gegenpressing philosophy and has utilised it throughout his successful managerial career, first in Germany with Mainz and Borussia Dortmund, and more recently at Liverpool. Indeed, he would say: “The best moment to win the ball is immediately after your team just lost it. The opponent is still looking for orientation where to pass the ball. He will have taken his eyes off the game to make his tackle or interception and he will have expended energy. Both make him vulnerable.” 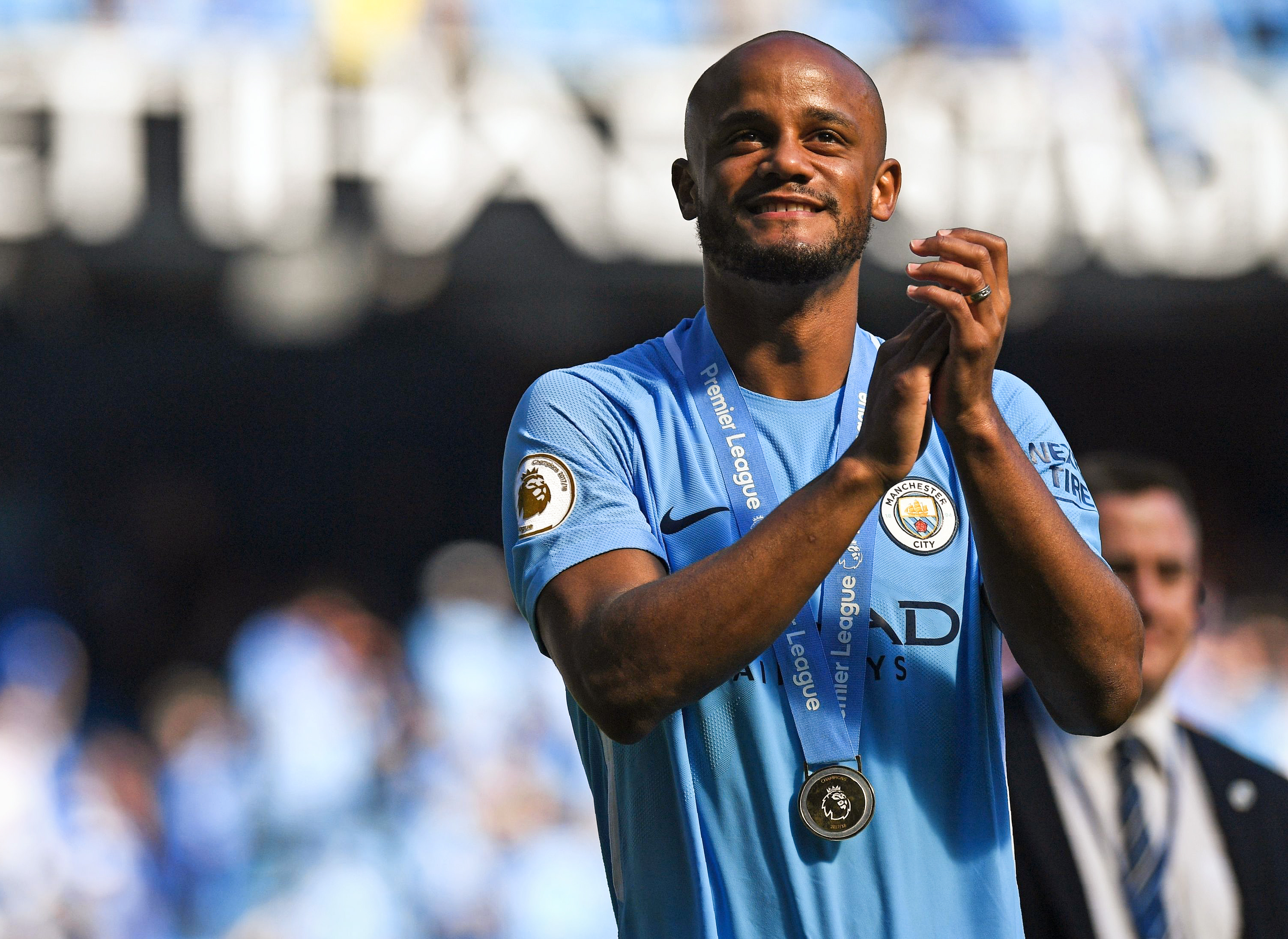 Gegenpressing requires speed, tenacity and stamina in order to regain possession at the earliest possible opportunity; similar attributes to those commonly associated with Robertson. Initially an understudy to Moreno, the Scot wasn’t integrated into the side until Klopp felt he was comfortable with when to press, when to sit and how to effectively distribute the ball.

Once Robertson was deemed eligible, however – impressing many after a superb debut against Crystal Palace – he was the perfect fit. Liverpool and Robertson impressed, dispatching of the infamous Manchester City centurions on both the domestic and continental stages, leading to the emergence of an infamous clip circulating social media of Robertson pressing the Manchester City backline over 70 yards.

It’s little coincidence that Liverpool’s recent success coincides with the sides inclusion of Robertson and the signing of fellow defender, Virgil van Dijk. They reached the Champions League final in 2018 and sealed qualification for the following season’s competition, built largely on the backs of their brilliant front three – of which Mohamed Salah rightly garnered most of the praise – and their new-look defence.

The arrival of Van Dijk also elevated Robertson’s game to new levels, with communication between the pair faultless, who now form arguably the best left side of any defence in the Premier League. While few would’ve been surprised by Van Dijk’s impact, given the world-record fee of £75m and his stellar reputation, Robertson’s emergence as one of the world’s best left-backs has been quite the story.

Unsurprisingly, he was recently praised for his inspirational rise and exceptional form by both his club and national team managers, Jürgen Klopp and Alex McLeish, when he was unveiled as the Scotland captain. “It’s a magnificent story … he’s an inspiration to all the young players when people tell them they’re not going to make it. Keep going. You’ve got to keep going. I still believe in the late developers. I really do,” McLeish told the Telegraph.

It was no less than the former Celtic academy prospect – released due to his small frame and soon after found pushing pencils at the Scottish FA – deserved. Between his dramatic rise at Queen’s Park, from a nobody to one of Scotland’s best young players at Dundee, and through to his English odyssey, where he’s gone from relegation scraps to perhaps the best left-back in the Premier League, he’s taken it all in his stride. Alex McLeish is right: if there’s something for young players to take from Andy Robertson’s rise, it’s to never give up – on or off the pitch.