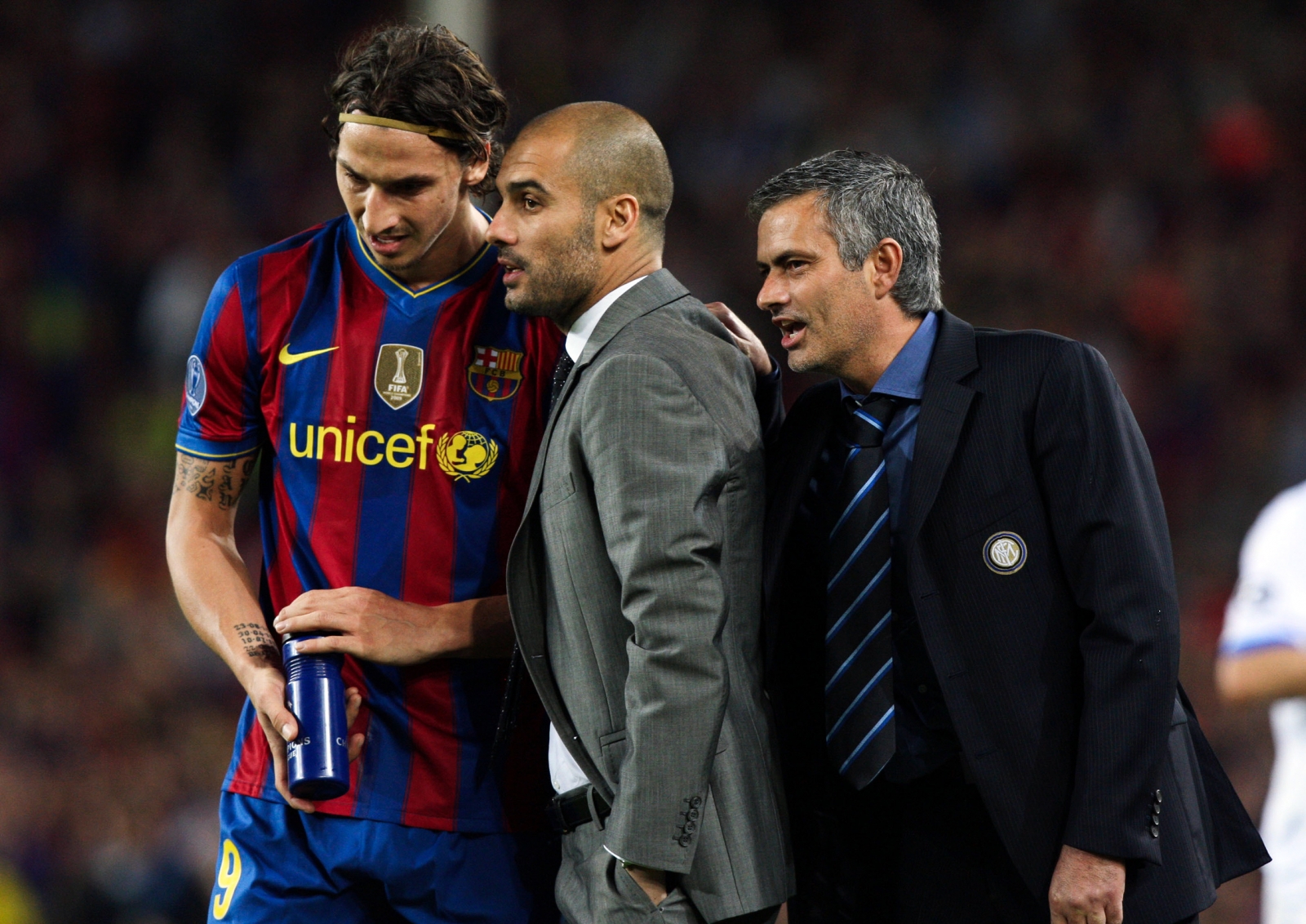 Internazionale’s return to the Champions League this season after a long sojourn was always bound to produce a flood of memories for the club’s fans, but few venues will evoke stronger nostalgia than that of Wednesday night’s game.

Luciano Spalletti brings his Inter side to face Barcelona at the Camp Nou, the scene of one of the most stirring victories in the club’s historic 2010 Champions League run, knowing that they have a long journey ahead if they are to emulate José Mourinho’s all-conquering Nerazzurri. That Inter incarnation was to prove the only side capable of denying Pep Guardiola the Champions League in his first three seasons at Barça, eliminating his fabled outfit over two legs of a fiery semi-final contest.

The tie pitted Mourinho against Guardiola in an early instalment of the rivalry that’s proven so enduring through the years, and, as ever, was billed a clash of styles: Guardiola’s Barça were flush with the riches of an unprecedented six trophies in 2009, boasting newly-anointed Ballon d’Or and FIFA World Player of the Year winner, Lionel Messi, and playing a brand of football most teams could only dream of.

Inter under Mourinho, meanwhile, had garnered a reputation as a somewhat less florid outfit. The Portuguese had steered the Nerazzurri to a league and cup double in his first season in charge, but even amidst the traditionally cerebral fare of Serie A, he had faced criticism for an unduly cautious approach.

The 2010 meeting with Barça was one fraught with significance for Mourinho: his predecessor Roberto Mancini had paid the price for a failure to make the breakthrough in Europe despite securing consecutive Scudetti, and there was little doubt that the former Porto and Chelsea manager had been hired to return Inter to Europe’s top table.

The previous season, he’d seen his side outthought and outfought by Manchester United, with Mourinho even apologising to fans for his safety-first approach in a first-leg 0-0 draw at the Giuseppe Meazza.

There was an undeniable personal enmity developing, meanwhile, between Barcelona and Mourinho. To many of the club’s fans he was still “the translator”, a pejorative reference to his stint as Bobby Robson’s assistant, and a series of ill-tempered duels between Barça and Mourinho’s Chelsea had heightened the friction in recent years. 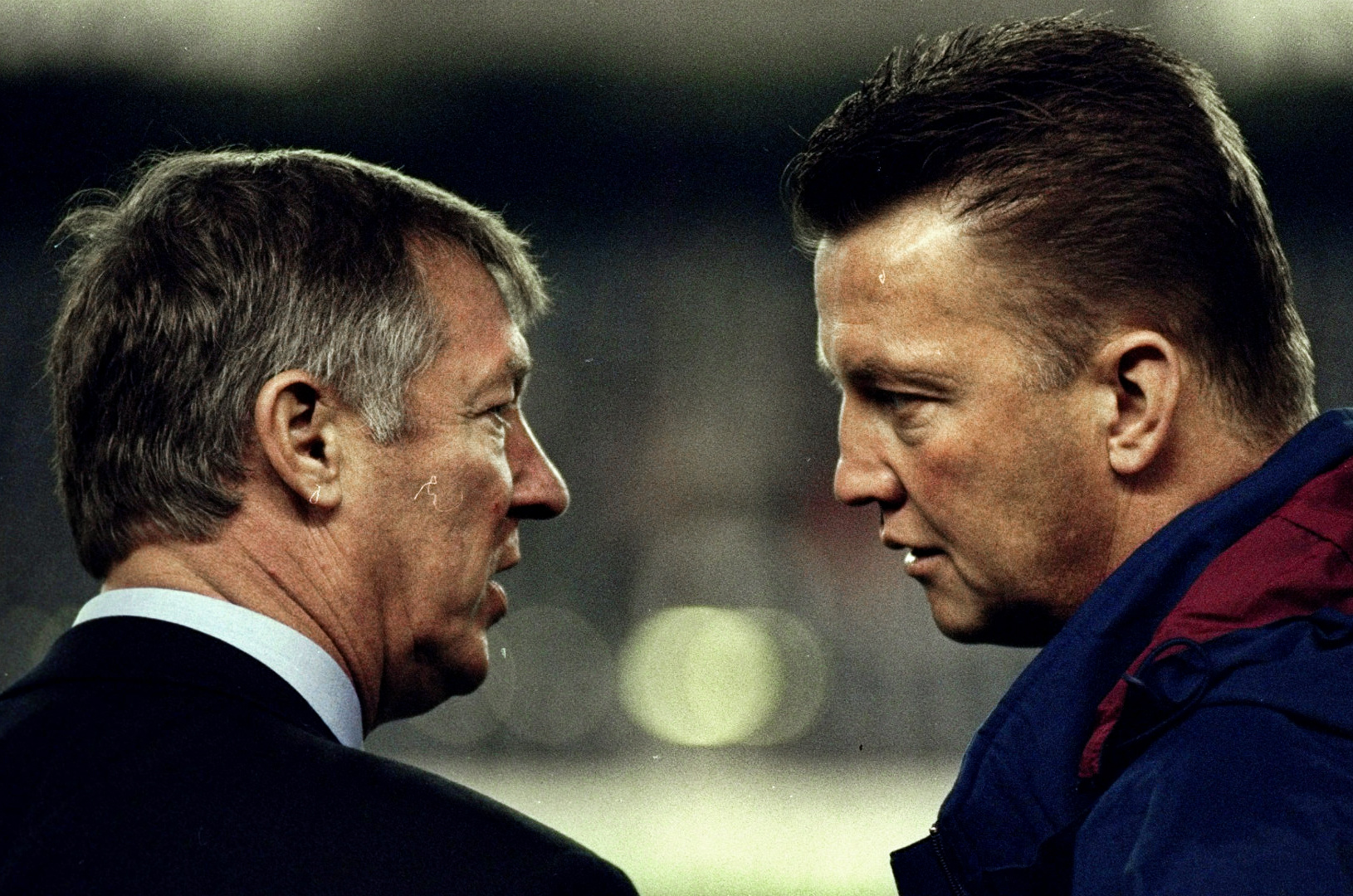 To add insult to injury, Mourinho was interviewed, but ultimately overlooked, for the vacant managerial position at the Camp Nou when Frank Rijkaard left, with the club ultimately opting to appoint the comparatively serene Guardiola.

Mourinho’s chilliness towards Barça had been apparent the previous summer when asked about his view on Zlatan Ibrahimović’s impending move from Italy to Spain: “I told him that if he wins the Champions League with Barcelona, he won’t be doing anything extraordinary,” the Portuguese remarked slyly, “seeing as the Catalans have won it twice in three years. I like doing something extraordinary, not what’s normal.”

The pre-match narrative may have focused on a perceived contrast in approach between the exuberance of Barcelona and Inter’s pragmatism, but it was the Italian side who produced an unexpectedly thrilling display of high pressing and marauding attacking in the first leg to roar into a 3-1 lead.

A freakish development had seen Guardiola’s men forced to make an arduous 14-hour journey to Milan by coach as a result of the Eyjafjallajökull volcanic ash cloud, and despite going in front through Pedro, they were outmanoeuvred by Mourinho’s explosive Inter, who scored through Wesley Sneijder, Maicon and Diego Milito.

Still, Guardiola’s Barcelona were a daunting prospect to face at the Camp Nou, where it would be up to Inter to find a way of stilting and obstructing their naturally silky game. “In Barcelona, we will attack,” Guardiola remarked with typical equanimity after the first leg. “We will put water on the pitch so the ball moves quicker, which they didn’t do here.”

Mourinho, too, realised the tie was far from over, and chose to deploy some of his characteristic mind games ahead of the second leg by highlighting his former employers’ determination to win the Champions League title at the Bernabéu, where the final was due to be played. “It is not a dream for Barça – it is an obsession,” he declared. “The obsession is reaching the final in Madrid … it’s one thing to follow a dream, it’s another to have an obsession.

“I experienced what it is like here,” he continued. “I have won cups – against Betis in 1997 – at the Bernabéu, where everyone was wrapped in Catalan flags. I know what it is about – it is anti-Madridismo. It is an obsession.”

An unperturbed Guardiola, however, was quick to dismiss suggestions of a personal rivalry between him and the man he had pipped to the Blaugrana job. “I have a very good relationship with Mourinho,” he insisted. “We haven’t exchanged phone numbers, but I consider him the best, and we’ll try to beat him.”

The air throbbed with the roars of 98,000 enraptured fans inside the Camp Nou for the second leg, with Mourinho, as usual, happy to play the role of pantomime villain on the touchline. The Portuguese applauded sarcastically to the jeers of Barça supporters after Thiago Motta was sent off on a highly dubious second yellow card. Having warned of Barcelona’s appetite for theatrics prior to the game, Motta was shown the line following Sergio Busquets’ dramatic reaction to a high hand.

Still, Mourinho’s well-drilled Inter proved unflinchingly obdurate even in the face of Barça’s famed attack, and while Gerard Piqué’s 84th-minute goal set up a frantic finale, the Italians held firm for a famous aggregate victory. Nothing could curb Mourinho’s euphoria as he surged onto the Catalan turf, enraging Barça fans and Victor Valdés alike with his exuberant celebrations.

“It’s the greatest moment of my career,” an elated Mourinho later declared. “We were a team of heroes. We sweated blood.” It was a victory full of significance for the divisive coach: speculation was already rife that this season would be his last in Italy, intensifying after his post-match words – “I love Inter, but not Italian football” – and he had sent a clear message to his prospective future employers, Real Madrid, by ensuring that Barça would not win the Champions League at the Bernabéu.

Mourinho’s provocative celebrations following the game had also seemingly torpedoed one of the last obstacles standing between him and Madrid – his personal connection with Barcelona. Indeed, he appeared to accept after the game that he would never follow in the footsteps of his mentor, Bobby Robson. “I respect Barça and I’ll never forget what the club gave me in the four years I was here,” he commented, “but something has been created around me that is hard to make positive. It is clear that I will end my career without having coached Barça.”

Guardiola, for his part, was unsurprisingly magnanimous after the defeat. “We lost to a great team and a great coach,” he reflected. “We will be back.”

Mourinho had won this battle. But with the Portuguese seemingly destined to coach Barcelona’s arch-nemesis, it appeared that the two managers would be seeing a lot more of each other in the future.