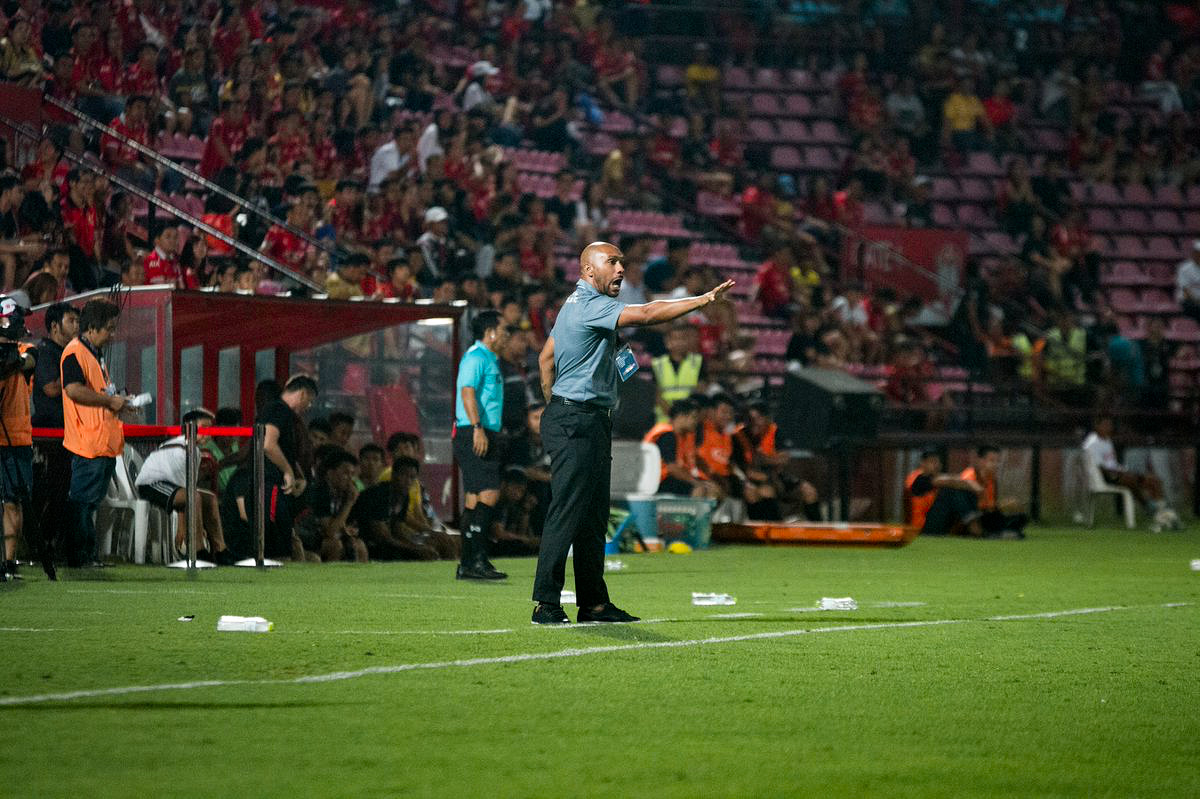 Jason Brown is embarking on a management career in the unlikely environment of Thailand and firmly believes there would be an extra barrier to getting such an opportunity back in Great Britain.

“Coming here as a black coach, I have never once felt the pigmentation of my skin was ever an issue,” said the 36-year-old Welshman. “For whatever reason, it’s a little bit harder in the UK. It’s not fiction, it’s fact. But it doesn’t mean that ethnic minority coaches have to stand still. We have to keep moving forward and the opportunities will come. Like foreign coaches coming to Britain, we have to be prepared to go around the world and embrace other cultures.”

And embrace other cultures he has, arriving in Thailand via Vietnam and Bangladesh.

Brown’s playing career as a goalkeeper featured stints at several clubs, most notably Gillingham, Blackburn Rovers and Aberdeen. However, he stopped playing at the relatively young age of 33 before beginning his coaching journey.

He was head-hunted by none other than Arsène Wenger, who wanted him to coach the goalkeepers at the club’s academy. “I started with Arsenal Ladies and then I was head of goalkeeping at the academy,” said Brown. “I left Arsenal last year and went to Vietnam because I wanted to do something different and challenge myself as a coach.

“I spent seven months in Vietnam that were absolutely brilliant. I had a great time, coached the national team goalkeepers and the under-19 goalkeepers as well as working at one of the biggest academies in Southeast Asia – PVF.”

Brown quickly learned that job stability in foreign countries can be limited due to environmental factors and that you really have to go where the work is, which has led him to Air Force Central in the Thai League. “Due to one or two circumstances going on, I left Vietnam and then I got a phone call asking if I would like to join Andrew Ord in Bangladesh, coaching the national team,” Brown added.

“I thought that it would be part of my education as a coach and something that would test me, so I said I would give it a go. I went and spent six weeks there with Andrew, but it was quite tough. The security became an issue and then Andrew left and said there was an opportunity to come to Thailand.

“When I was in Vietnam, I came to Thailand twice and everyone spoke so highly of it. So I couldn’t say no the opportunity to come and work in football in Thailand. I have ended up at this great club now and the journey has definitely been worthwhile.” 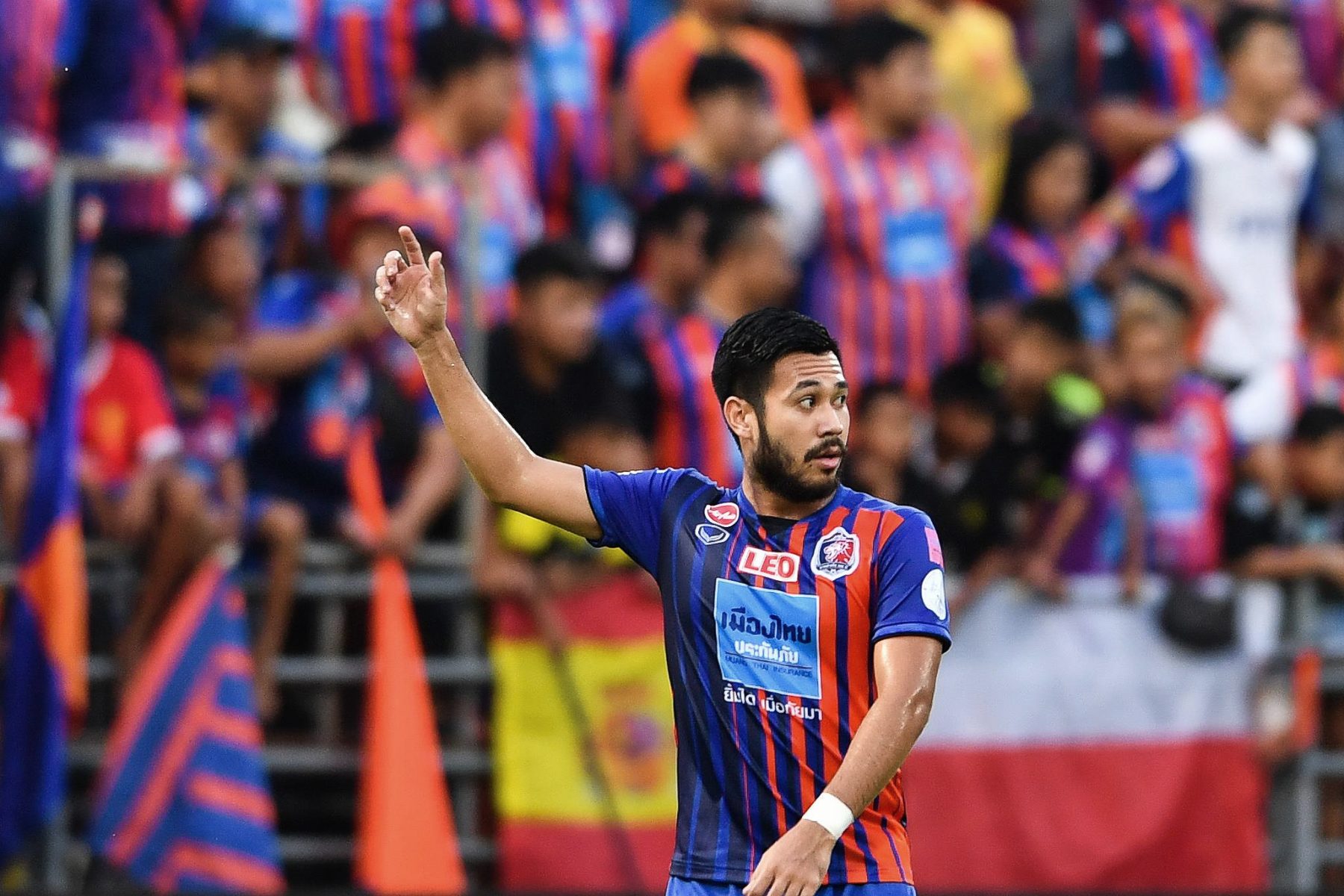 Read  |  The rise of Thailand’s Port FC, a club with an atmosphere like few others in the region

Air Force United looked doomed to relegation when Brown took over as interim boss following Ord’s departure. His first five league games in charge ended in defeat to remove any lingering hope of an escape, but he insists he never once thought he might have made a mistake.“Although we lost the five games in the league, the performances changed noticeably,” said Brown. “I have a philosophy and there’s only one way I want to play and that’s quick, expansive and powerful football.

“I believed it was going to change and we picked some good results in the cups. So it was just a matter of belief, not on my part because I believe in these players, but for the players themselves to believe that they could do it. Obviously that’s difficult to do when you’ve been losing and it becomes a habit. I just tried to make the players realise how good they were.

“I have never regretted taking the position. I work for a great club with some great people. It’s a great honour to be working here and long may it continue.”

Following the opening run of five defeats, their form did finally turn around, with Air Force taking eight points from the next four games. That run included memorable back-to-back victories over high-flying Port FC in the League Cup and the league.

Unfortunately, they have since been relegated but Brown is convinced things might have been different if there had been a bit more time. “If the league campaign had started in mid-season, we would be around mid-table,” he said. “You have to look at it and say the boys and the club staff have worked incredibly hard.

“The players are trying to improve every day and have taken on board what I have asked from them. All I’ve tried to do is treat them with respect as good football players. It seems to be paying dividends but we have a long way to go between here and the end of the season.”

With relegation a formality at the time, it was in many ways surprising to see the club put their faith in Brown and give him an extended deal to spearhead their return to the top tier in the 2019 campaign. In a country where a six-month or one-year contract is the norm for most foreign coaches, it was quite a bold statement and a flattering one from Brown’s perspective. “At first, we discussed extending for another year,” he said. “But this club’s had three managers in less than six months, which doesn’t reflect well on the club and breeds instability.

“My feeling was if we were going to do this properly, I needed to be given time. I explained what I wanted to do and I have been given the green light to help build the whole club, which means developing the young players as well. We’ve spoken about even extending my stay beyond the current term. The club owners are football people and they understand the game. They’re not going to set any unrealistic targets. 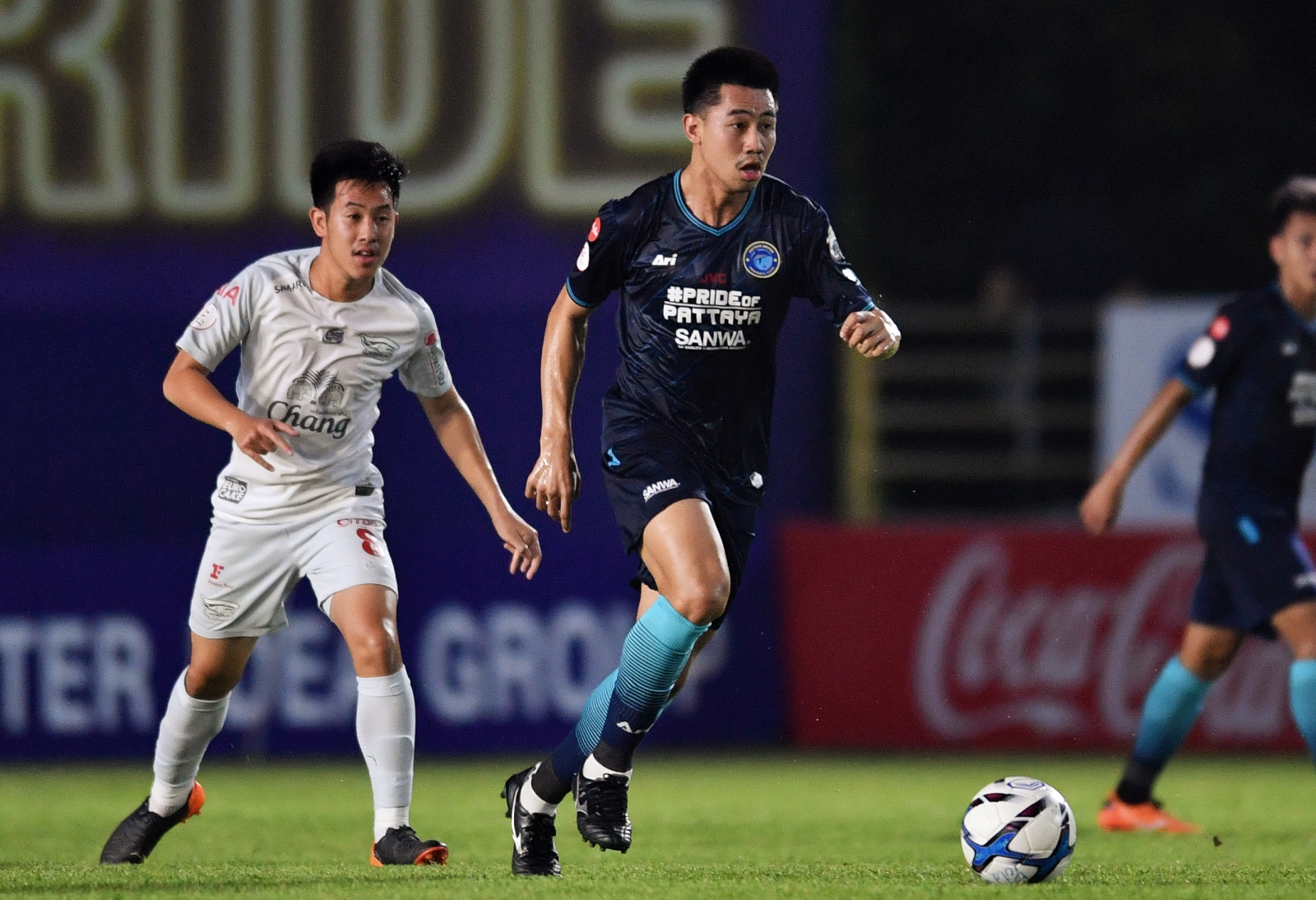 “We can’t keep throwing money at players. There are a lot of good Thai players out there and we need to give them the opportunity. There are some very good technical players. It’s self-belief that they sometimes lack. Foreign players seem to be brought in on such a pedestal and there are some good players but there seems to be a fear of them. But there’s nothing to be scared of. I think Thai players need to be trusted a lot more but that starts with building the right infrastructure at clubs.

“The difference between foreign players and Thai players is sometimes the physical aspect and there isn’t much you can do about that. But sometimes the foreign players who have been in Europe have had a different type of coaching and there’s maybe that little bit of finer detail. My personal opinion is that Thai players need to be trusted more and I’ve already said to my CEO that if I have to have a squad of 25 Thai players next year, I’ll be more than happy.”

Brown has settled well in Thailand but has his whole career in front of him, which could lead to many different opportunities. But he isn’t looking further ahead than the job he has at Air Force. And he isn’t setting himself any ambitious targets, instead taking his development in the job one step at a time and recognising that there is still much to work on. “Who knows where I’ll end up but if I have my whole coaching career in Thailand, I’ll be happy to stay here,” said Brown.

“The Premier League is financially the biggest league in the world and one of the best three leagues in the world. Everybody looks to it as the promised land. If other opportunities come, I’ll have a decision to make. If they don’t, I’m happy here and I won’t be going anywhere soon. I’ve got a great job here and I want to see out the project.

“My aims are to improve as a coach every day and every game and to try and improve players, not only as footballers but also as people. And to give the fans what they pay hard-earned money to see and that’s quick and entertaining football. Just as it was when I was a player, I want to be the best I can be. I have to do a good job here, which is in the top league in Southeast Asia.”

While that playing career may not have been littered with silverware, there were several highlights, with one in particular standing out. “Making my Premiership debut, coming on against Wigan and saving a penalty was fairytale stuff,” Brown said.

When Brown replaced the injured Brad Friedel at half-time of a Premier League game in 2006, he found himself with the opportunity to become an instant hero. The ‘keeper was just 24 years old at the time and had recently moved to Blackburn from Gillingham. With a goalkeeper of Friedel’s calibre in position, it was never going to be easy for Brown to become the club’s first choice between the sticks, but he certainly made the most of his debut.

With the scores tied at 1-1, Wigan were awarded a penalty, but Brown saved Svetoslav Todorov’s spot-kick and the follow-up. Blackburn made the most of Brown’s intervention, with Benni McCarthy striking the winner in a 2-1 victory for Rovers.

For a player once described by former Spurs and England defender Gary Stevens as a “waste of space” when he was a youth at Charlton Rovers, it was vindication that the hard work was paying off. Brown recalls the conversation with Stevens – a key factor being that it was actually a compliment. “I went to Charlton and I didn’t know what was expected of me as a professional footballer. I went into the club as a 15-year-old going on 16,” Brown admitted. “You literally have to go from a teenage boy to a man just like that. You have to become a man and you have to become responsible.

“No one or nothing prepares you for that and I found it difficult. I ruptured my hamstring so I was on crutches for seven-and-a-half months. I found it hard to have the responsibility of going to college and being a footballer. But I ended up getting an extension to my contract and I was involved with the first-team squad at the age of 17 when they were in the Premier League.

“I found it hard to adjust but I worked hard so that no one would question me again. So, yes, that was what Gary said to me, that I had been ‘a waste of space’ and I deserved it. He’s played a role in my career with that kind of thing and hopefully he can look back and be proud of what I’ve done.”

Unfortunately, he never did establish himself at Blackburn’s regular number one and a series of loan moves followed before he left the Lancashire club to join Aberdeen in 2011. After two years at the Dons, his playing career petered out somewhat with stints at Sutton United and Dartford and he retired at just 33, relatively young for a keeper.

Nevertheless, it was a career of several highlights, including that Blackburn debut. Brown won three caps for Wales, enabling him to share a dressing room with some world-class talents. “I don’t look back on my playing career with regrets,” Brown insisted. “Could I have done better? Possibly, but I played at the highest level and played with some of the best players in the world.

“I made my Wales debut alongside Gareth Bale. I played with the likes of Craig Bellamy, Tugay and Giggsy. I shared the same pitch with Cristiano Ronaldo and, after the game, he gave me his top for my son, which was very kind of him.”

The focus has now switched from playing to coaching and a promising start has been made in challenging circumstances. Beating the drop this year would be an incredible story and would make for even more of a fairytale than that penalty save in the bright lights of the Premier League.