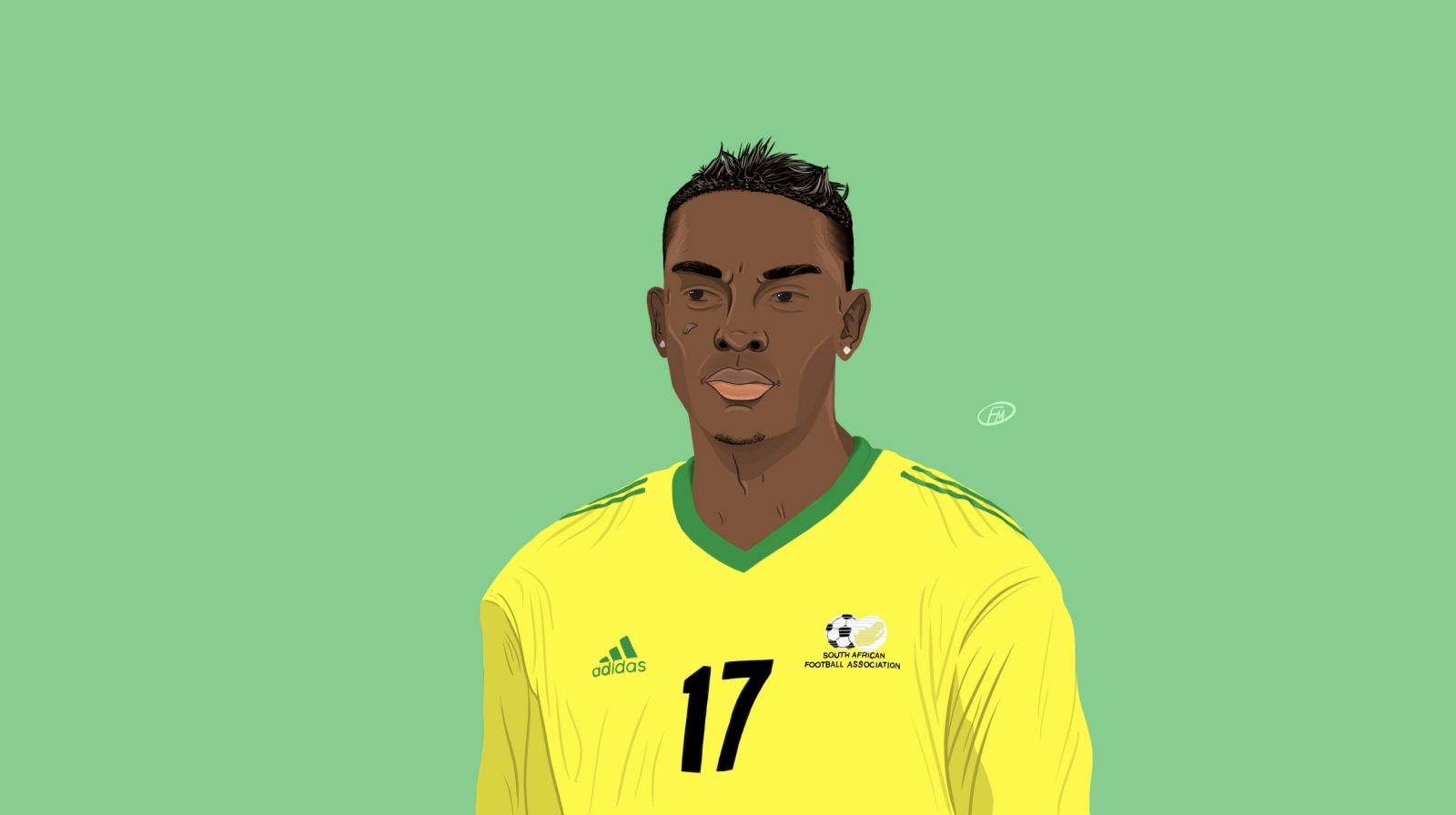 It took Benni McCarthy some time to score his first-ever international goal, but when he eventually managed it, everyone at the Bobo Dioulasso stadium knew they were watching a legend in the making.

Netting four times in 21 minutes during an Africa Cup of Nations clash against Namibia, he proved his worth with a stellar performance in the middle of February way back in 1998. It might not have arrived against the most prestigious of opponents, but it was a competitive match nonetheless that set him on the road to becoming the tournament’s top scorer as well as earning him the best player award.

Although his debut had come in a home clash in Johannesburg against the Netherlands eight months prior, the spiritual birth of McCarthy as a genuine South African hero truly took place with his double brace against the Namibians.

His reputation as a player who could unlock even the best defences has been diminished in popular lore, but there can be little mistaking the fact that McCarthy had the measure of most teams he squared up to. Netting against the likes of Mexico, Spain, England and Germany, he sucker-punched some giants of the game throughout his 13-year career and re-wrote the instruction leaflet that said his team could not put up a fight against the big guns.

During his time with Bafana Bafana, he became indispensable to the national team, setting regular milestones along the way like the strike he converted past Denmark’s Peter Schmeichel in 1998 to claim the country’s first-ever World Cup goal, eventually going on to play his final international match against Brazil several years later in 2012.

In total, he scored 32 times in a journey that lasted 80 caps, making him the most clinical South African international to ever feature for his home country. A record-setter and a proud countryman, McCarthy always put the call of his home nation high on his list of priorities, whether he was 19 and appearing for the very first time, or in his thirties getting ready to bow out in a farewell contest.

His international achievements, however impressive, were perhaps not even the main highlights of his football life because he made sure he reached the pinnacle of the club game, too – managing to conquer Europe along the way through his journeyman voyage.

Undeniably underappreciated, McCarthy deserves far more love than he normally gets, because while he often divided opinion for his languid style, was sometimes accused of being overweight or even lazy, there can be little doubt that he was a reliable frontman and a proven winner.

Throughout his European career, he won 10 titles (and another handful in the States) – including a Dutch league title, the KNVB Cup and a Portuguese Liga triumph – but it is certainly his UEFA Champions League victory in 2004 with Porto that stands out.

Perhaps the greatest underdog triumph in the history of the competition, the José Mourinho-led team’s victory against Monaco in the final was the culmination of a phenomenal campaign that McCarthy played a crucial role in. While everyone remembers that Deco was the top-ranking assister that campaign, not so many give McCarthy the respect he deserves for being Porto’s top scorer with four strikes, which is a massive shame.

He was not always the most consistent – he struggled at West Ham for example, before being dropped for the 2014 World Cup – but there should be no denying the titles he won or the fact that he was exceptional in his pomp and the most clinical South African ever to pull on the national team shirt – a record that, frankly, may never be beaten