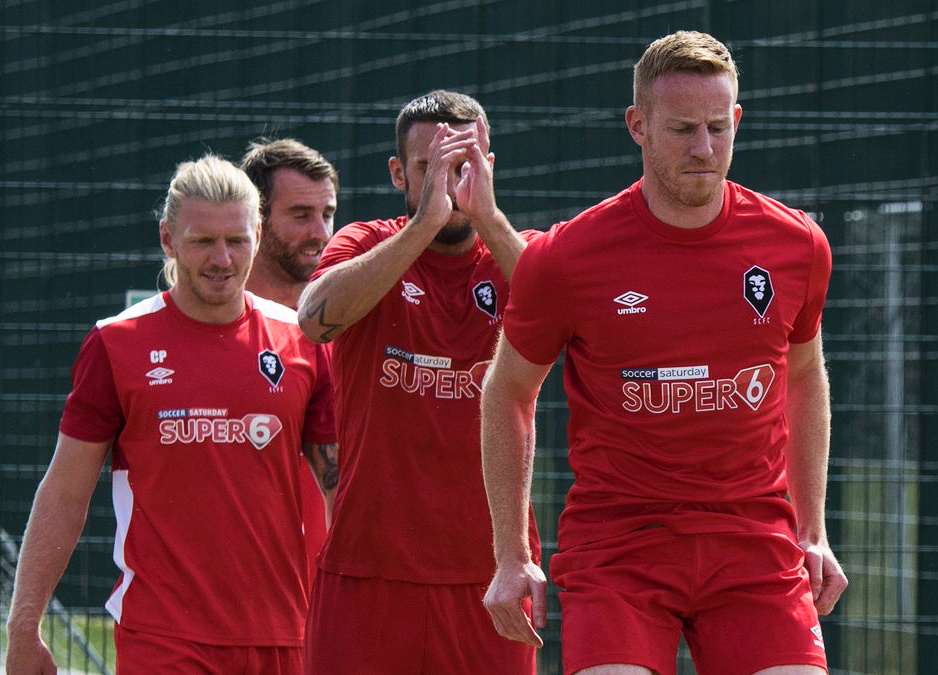 It’s 9:45pm on a Tuesday in April, and a terrace in Kent is filled with Wrexham fans facing an arduous four-hour journey back to North Wales. Children goad the departing visitors by holding aloft their fingers in reference to the 3-0 scoreline Ebbsfleet United have just inflicted. Further along the stand, a small scuffle breaks out amongst the travelling Welsh supporters, frustrated at their team’s inability to make the playoffs for a fifth straight year.

Waiting in the night aboard the bus home, news filters through to me that the journey home will be delayed, the driver having gone to help fix an engine problem with the team coach. Afforded time to contemplate, it dawns on me how, with the chance of promotion gone, the upcoming season will be Wrexham’s 11th in the non-league. For a club with such an illustrious history, the prospect borders on embarrassing.

Founded in 1864, Wrexham are the world’s third oldest football club. They have played the majority of their history in the English league system, having been a member of the Football League for 87 consecutive seasons. This spell featured four seasons in the old Division Two, alongside a famous defeat of then-league champions Arsenal in the 1992 FA Cup. There were also European matches under the Racecourse Ground’s famous floodlights, with Cup Winners’ Cup ties against Anderlecht, Porto and Roma owing to success in the Welsh Cup.

Following a disastrous takeover in 2004 by Alex Hamilton, a property developer whose sole aim from the club was to redevelop the Racecourse for financial gain, the club hit hard times. Hamilton’s attempts to evict the club in July 2004 forced Wrexham into administration and ended in a high court case. He was ruled to have acted illegally and the club was saved, although this did little to ease a 10-point deduction and relegation from League One in 2005.

After struggling for three seasons, in 2007/08 Wrexham finished bottom of League Two, relegated out of the Football League for the first time in their history. It has been a tumultuous decade since, featuring more financial woe in August 2011 where fans raised over £100,000 in a day to foot a bill allowing entry ahead of the upcoming Conference season. Wrexham are not your average non-league club. Neither are division newcomers Salford City.

Owned by a combination of five former England internationals and a Singaporean billionaire, Salford stand out as another anomaly in this upcoming season. With the club aiming long-term to be in the Championship, from the get-go it was apparent their intention was never to be another non-league club. They want far more, and with a solid ownership model featuring local owners actively involved in the club, Salford are in a far better position than many other monied clubs. 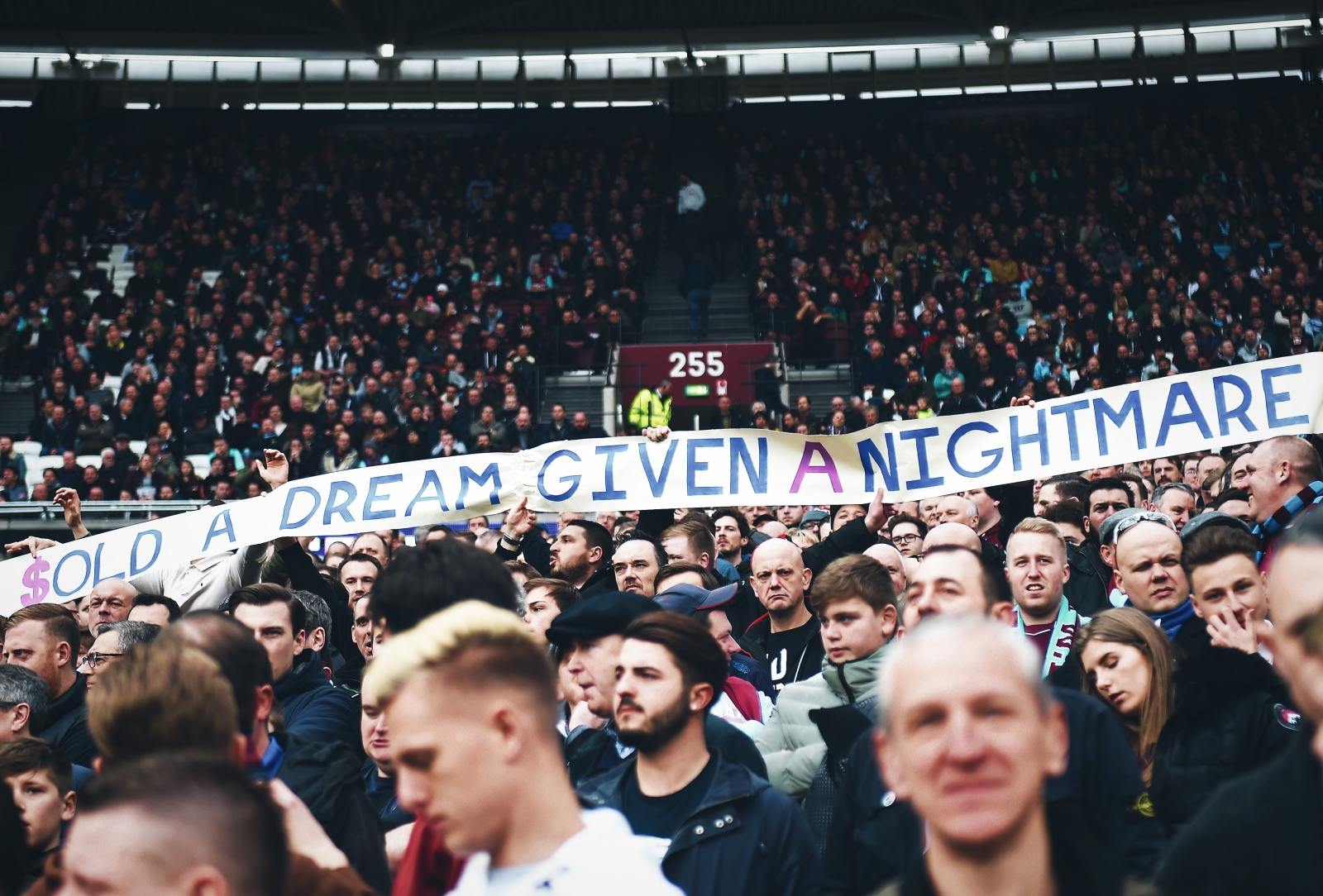 Read  |  How greed and gentrification are burying traditional fans alive

Many people have been critical of their expenditure this summer, with the club outlaying astronomical figures for this level, something joint-owner Paul Scholes claimed they would not do back in 2016. To put it into context, their recent purchase of Adam Rooney for a reported £300,000 is around ten percent of Wrexham’s entire annual turnover. Despite that, one has to again acknowledge the owners possess such funds and are free to spend as they wish.

Their recent acquisitions, Rooney and Danny Lloyd, have been accused of lacking ambition for their decisions drop to the English fifth tier. The career of a footballer, however, is short, and with the well-documented ambition the Salford project possesses, the prospect of where the club could end up is an appealing one. Salford are not the first club to rise owing to financial aid, and nor the last, and while it’s easy for a rival supporter to feel animosity towards the club, the real problem is something that isn’t their fault.

With the calibre of players they have signed this summer, one is resigned to them being overwhelming favourites to win the league. A glance at the bookies confirms this, with the Manchester club at odds as short as 2/1 to win the National League outright. Should they succeed it will be nothing new, with both Crawley and Fleetwood ascending in the past decade owing to generous finances. The true issue is that should they end as champions, Salford will take the one automatic promotion spot out of the Conference.

As a fan of a club traditionally in and desperate to get back to the Football League, what I see in Salford is not a menace but instead a block. The reason is that should they win the league, everything else is practically irrelevant. If any team were to finish second, 20 points clear of the team in third, then that would only be good enough to guarantee a playoff semi-final spot. Wrexham endured such a scenario in 2012, accruing a record 95 points but being beaten by Luton, a club that had finished 17 points behind.

To have a league with one automatic promotion space is a situation of antiquity, still based on a system settled on in 2002. Back then, the Conference was rightly seen as the poor relation of the Football League, a parallel universe of inferior clubs. Now, however, the division is full of ambitious, well-structured sides such as Boreham Wood, Dover and Sutton eager to ascend to League Two. Meanwhile, the likes of Hartlepool, Leyton Orient and Wrexham have a combined 295 seasons of league football between them and would undoubtedly flourish back in the big league.

Former Cambridge United manager Richard Money was scathing in his comments on the system in 2013: “Somebody, somewhere, must look at the rules. They are so outdated it is unreal. To have one team automatically promoted from this league is a nonsense, and it has to change. There is no doubt there are at least six teams in our division that would more than hold their own in the division above.”

Money more than has a case, with the increased quality of non-league football clear in recent moves of players from this level both to League One and Two sides. Andre Gray, Charlie Austin and Jamie Vardy have all gone from crowds of a few hundred to Premier League strikers in recent seasons, while non-league clubs are seeing more success in cup competitions. Fylde took League One champions Wigan to a replay in last season’s FA Cup; a year earlier, the likes of Burnley and Leeds fell to Lincoln and Sutton. 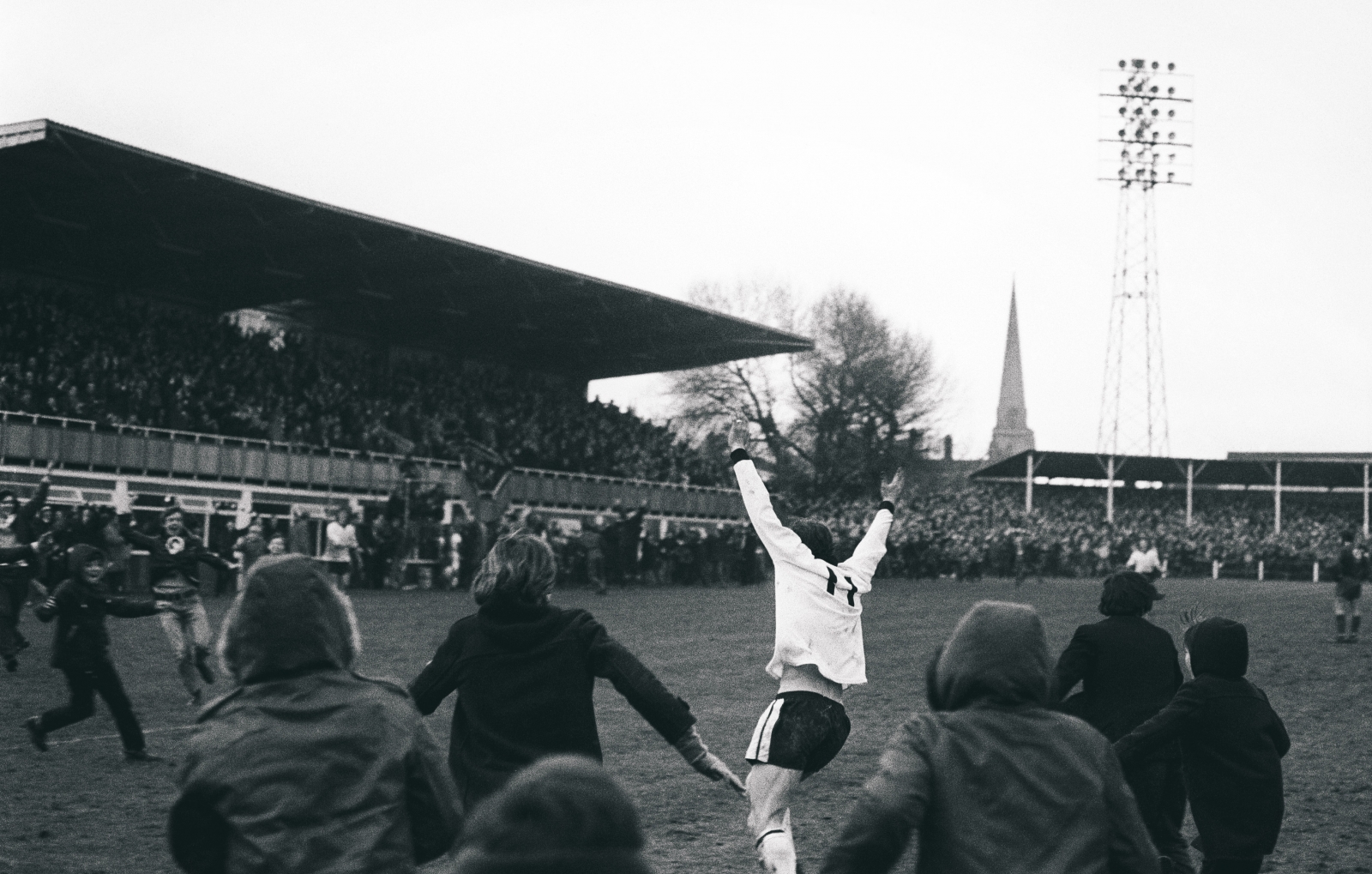 Read  |  Is there any magic left in the FA Cup?

The competitive nature of these sides can further be seen in the way Lincoln reached the League Two playoffs in their first season back, alongside winning the Checkatrade Trophy, their first silverware in 134 years. Elsewhere, Bristol Rovers went straight up to League One following their return to the Football League in 2015, with Carlisle, Crawley, Doncaster, Exeter and Stevenage matching this feat after their promotions to League Two.

The case, therefore, is unequivocal that the system needs altering, with the promotion places on offer unfair compared to the three in the Championship and League One and four in League Two. In order for a three up, three down system to be adopted, this would have to be ratified by a majority of League Two clubs. Unsurprisingly, they are never going to be in favour of this move.

Prior to 2002 there was only one promotion spot at all, although this changed as it was accepted the quality gap was narrowing and Conference sides deserved more of a chance to go up. Whereas many clubs in the fifth tier back then were amateur, in 2018/19, only four of the 24 sides will be part-time. Such is the quality on offer, the National League has essentially grown into a League Three of the English footballing pyramid. Despite all this, the Football League still stubbornly refuse to acknowledge the problems they are creating.

Alongside the heightened competition one automatic spot encourages, the lack of financial regulation at this level means there is nothing to stop teams spending all they’ve got in pursuit of that one golden ticket. The £9,000 per week that Salford are rumoured to be paying Lloyd and Rooney for their services is unheard of in the National League, but such are the thinnest of the margins the club have to work with, Salford probably feel the need to go all out to ensure promotion.

Without spending such lavish amounts, Salford could well follow in the footsteps of Forest Green Rovers. Despite being owned by electric energy mogul Dale Vince, the possessor of a fortune in excess of £100m, it took seven years for his project to work. Upon winning the playoff final in 2017, Vince commented how it would be far easier for his side to be promoted to League One, owing to the lack of glass ceiling existing within the Football League.

Whilst this could be viewed as arrogance, Vince is entirely correct. Until the Football League decide to change an outdated system designed to maintain the status quo, ambitious non-league owners are left with little choice but to spend big in the hope of finishing top of the pile. Should the powers that be realise the bottleneck they are creating at the Football League door and change to a three up, three down system, the need for such elaborate spending would not be required.