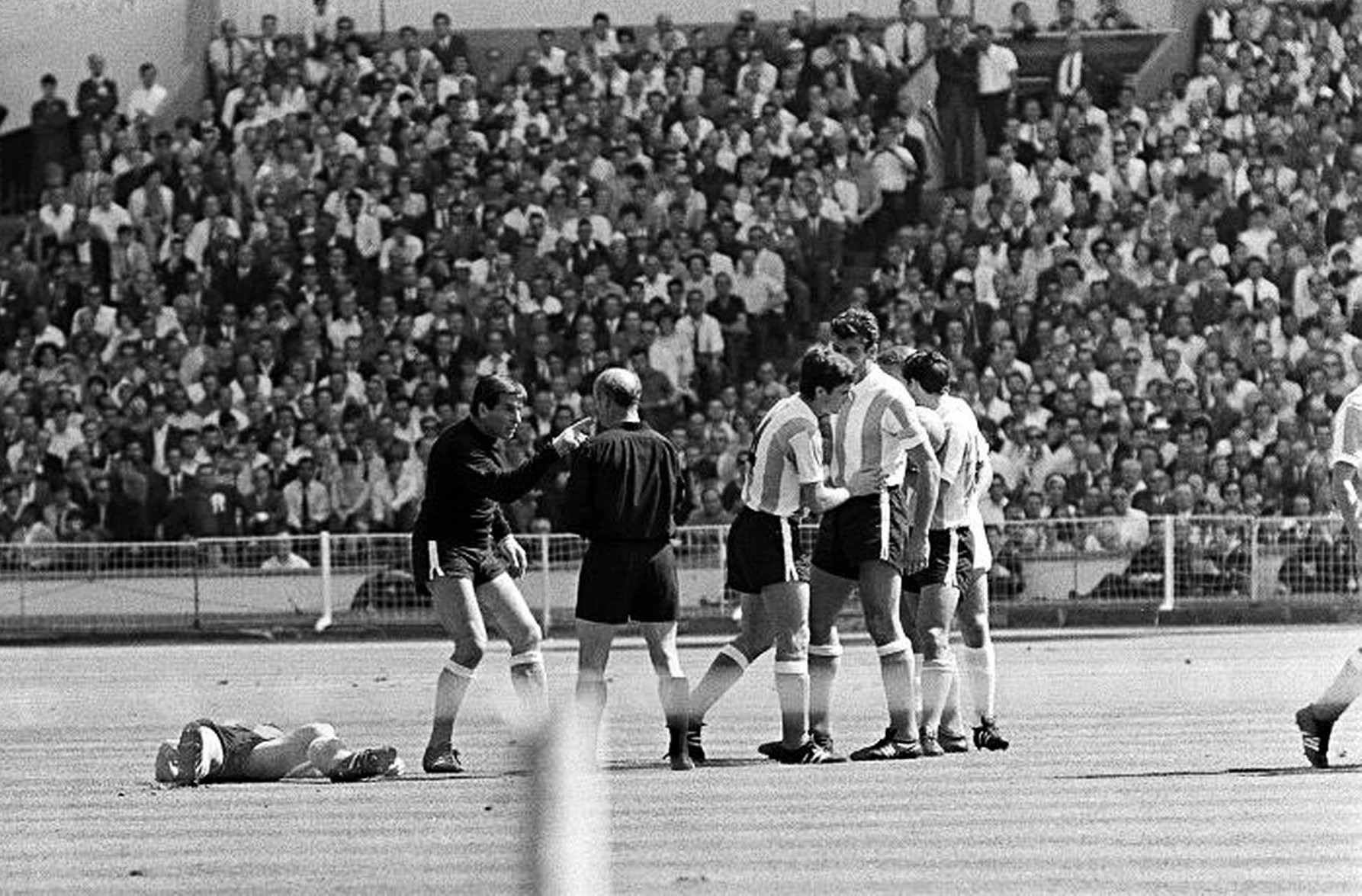 To many people watching football today, the game cannot be imagined without yellow and red cards. Fans discuss the seriousness of offences by reference to the colour of card that they warrant, while bookmakers offer odds on who will be the first to see yellow or red in any given match. It may come as some surprise, then, that the cards system is not even 50 years old.

The system of sanctions in football stretches much further back than 50 years, to the inception of the game as we know it today. For any kind of formalised sport to exist at all, there must be rules and an imposition of punishment for infringement. The mob football of the Middle Ages had few such rules, and shared little with its modern-day descendant other than the name. Unlimited numbers of players from opposing towns sought to convey a pig’s bladder to the markers at opposite ends of the settlement in which the game was being played.

By some accounts, any method short of murder and manslaughter was allowable. It took until the mid-1800s for formal codification efforts to commence. In 1863, the various attempts were unified under one code and adopted as the official rules by the newly-created Football Association, and this is generally considered the birth of the modern game.

It is the cards themselves that are a surprisingly recent addition. It was not until the 1970 World Cup, 107 years after the rules first spelt out offences that would warrant cautions and sendings-off, that these coloured cards were introduced in competitive football, and the English game didn’t adopt the system until six years later.

Before this, referees would have to make their meanings plain to the players through their words and actions alone. This caused a few problems on the international stage, where officials would frequently have to resort to exaggerated charades to overcome the language barrier, but anyone who has witnessed Mike Dean playing an advantage knows that the art of performative refereeing is very much alive today. For the most part, the lack of a visual representation of each degree of punishment did not pose much of an issue.

How, then, did the now-familiar cards end up getting adopted into the very fabric of the game? As is often the case, controversy was the catalyst for innovation. The 1966 World Cup is remembered primarily as England’s only major tournament success, but its legacy is even greater than that. The team that would go on to be champions came up against Argentina in the quarter-finals, and two separate incidents sparked a reform that would change how football was played. 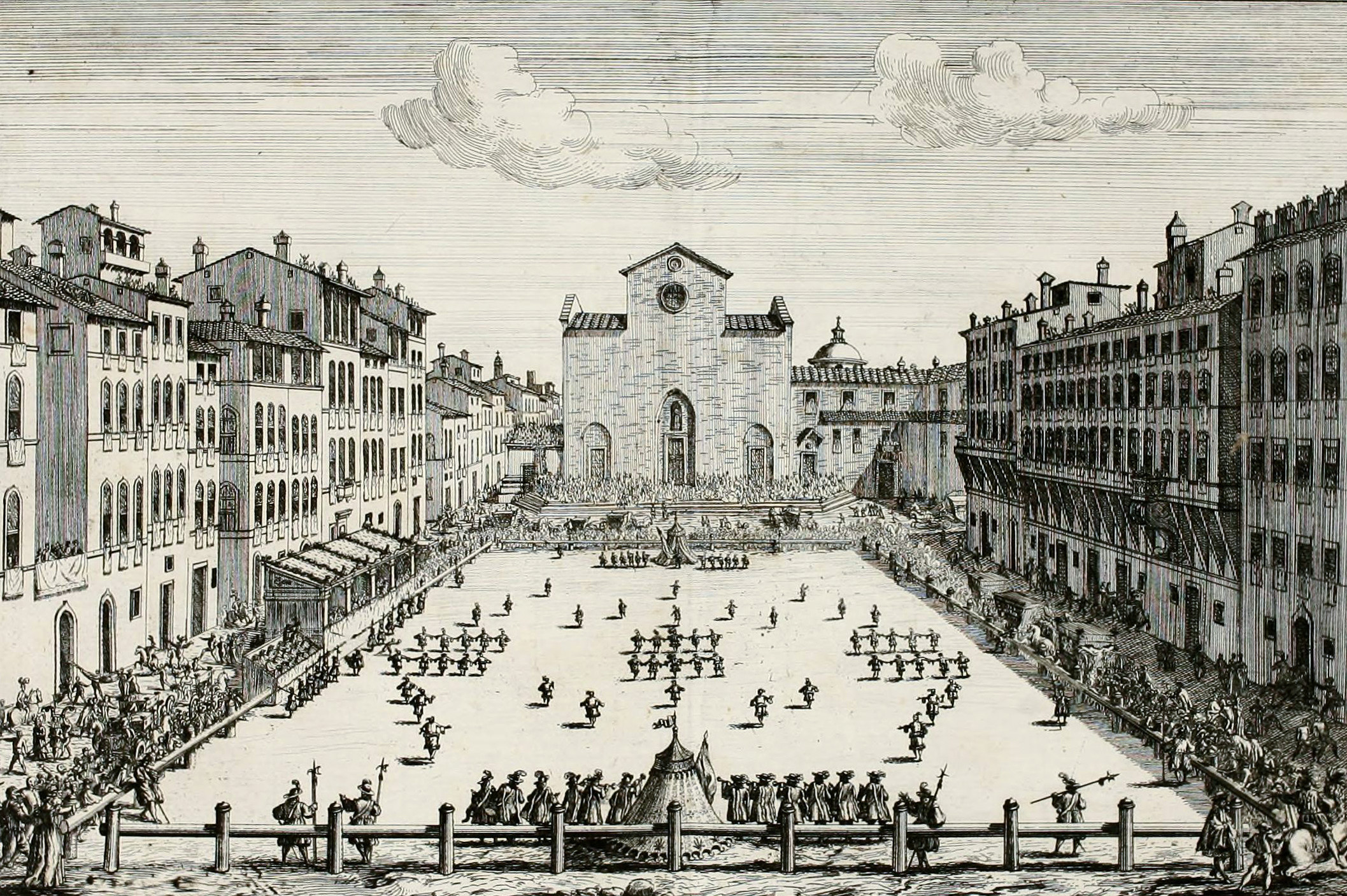 Read  |  The origins of football: a game born of savagery

The more high-profile of the two controversies was the sending-off of Argentina captain Antonio Rattín. The brutish number 5 had retained some of the attributes that would undoubtedly have been revered in players of mob football – to this day he is remembered as a legend at Boca Juniors for his combative qualities.

It may seem unsurprising, therefore, that referee Rudolf Kreitlein ended up giving him his marching orders. However, the sending-off was not for a tackle or a fight; in fact, it didn’t appear to be for anything at all. The post-match report indicated that Rattín had been removed from the game for “violence of the tongue” towards the referee, but the German official didn’t speak a word of Spanish. A dirty look had got him removed from the World Cup quarter-final.

Perhaps understandably, the Argentine was reluctant to accept his fate. Once it had finally been communicated to him that Kreitlein had sent him off, with the aid of the head of tournament referees, Ken Aston, he refused to go. Policemen were eventually brought on to the pitch to escort him away. Still he would not go quietly – he sat down on the red carpet exclusively reserved for the Queen, and as a last act of defiance, he wrinkled an English pennant as he was marched away.

This grabbed the headlines of the day, but in truth it was the less-talked-about incident that truly gave rise to the idea of the cards system. Rattín did not initially realise he had been sent off, but the message got through to him eventually – he was evidently far from impressed with it, but this would have been true even if he had instantly been made aware of his dismissal.

In contrast, the other controversy of the match was not settled until over 30 years later. Both of the Charlton brothers were playing for England. Jack was involved in a goalmouth tussle, and Bobby interceded on his behalf during the ensuing talk with Kreitlein, but the referee gave no indication that either of them had been cautioned. Certainly, neither of the two brothers were aware of it until reports in the next day’s newspapers suggested that both had received bookings. Manager Alf Ramsey had to contact FIFA for clarification.

It would appear that the response he received was far from conclusive, as in 1997 the matter was still playing on the mind of Bobby Charlton. In fairness, he had only ever received one other career booking, and the referee who gave that to him had since apologised for getting it wrong. He cannot be blamed for trying to get to the bottom of the only remaining blemish on an otherwise perfect disciplinary record. Nevertheless, when England came up against Argentina again in 1998, FIFA took the opportunity to confirm that they had examined their records at the request of Charlton the previous year, and found that both brothers had indeed been cautioned by Kreitlein. 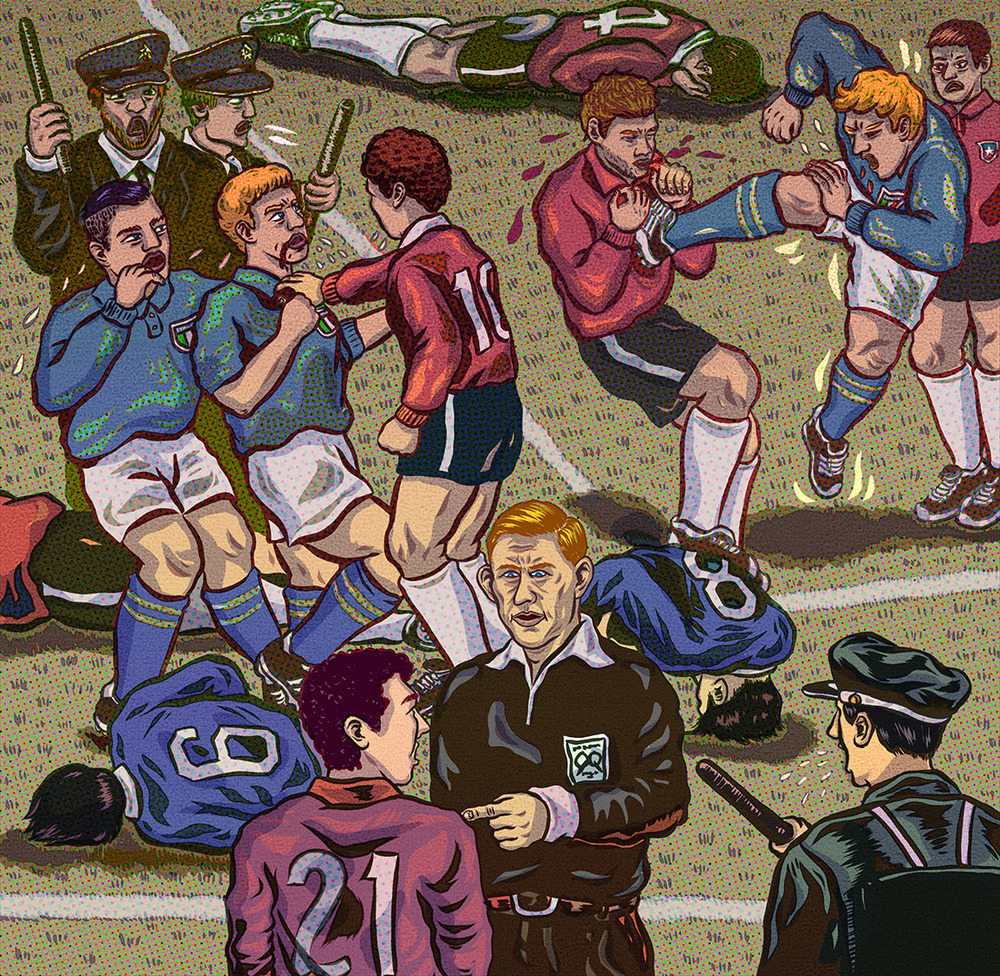 Ken Aston, who had watched these incidents unfurl with horror before being called upon to try and persuade Rattín to leave the field, did not want to see a repeat. He had been a renowned referee himself, taking charge of the 1963 FA Cup final in his final game before retirement. The previous year, he had also been given the honour of officiating the opening game of the 1962 World Cup, and he impressed so much that he was handed the task of presiding over Chile vs Italy in a subsequent game.

This was not something for which he was particularly thankful, and he later described himself as “acting as an umpire in military manoeuvres” in the match that came to be known as The Battle of Santiago. Prior to the game, reports emerged in Chile that newspapers in their opponent’s country had been questioning the beauty and morals of Chilean women – tempers flared high, as both sides treated the occasion as a battle of honour as much as a football match. Aston broke up numerous fights, sent off two Italian players and had to work in conjunction with armed police to ensure that the match reached a conclusion. He was praised greatly for his handling of a highly volatile situation.

The respect he had garnered within the game was reflected in his appointment as head of referees at the 1966 tournament, and his subsequent invention would ensure his legacy extended well beyond the end of his career. The story goes that he was sitting at a set of traffic lights on Kensington Road, dwelling upon how to avoid incidents such as those he had recently witnessed, when the idea came to him: yellow for ‘take it easy’, red for ‘stop, you’re off’. The idea was as simple as it was brilliant. Simultaneously, the issues of the language barrier and the uncommunicated caution were removed from the game.

Football has always been resistant to change, but even the governing bodies struggled to find a downside of the concept. FIFA trialled the concept at the next World Cup in 1970 to great success, though the FA dragged their heels for six further years but eventually also adopted the system that football fans around the world now treat as integral to the sport. This, however, would not prove to be the end of the story.

After less than five years of using the cards, the English authorities felt that red cards had led to an upswing in “demonstrative referees” sending people off with too much regularity. The more serious of Aston’s two cards was duly removed from the domestic game following a decision of the FA Council in January 1981. Amazingly, red cards were not reintroduced into English football until 1987, and even then only at the insistence of the International Board. This is why footage of the first ever sending-off in an FA Cup final, in a clash between Everton and Manchester United in 1985, shows the referee taking Kevin Moran’s name and then gesturing him off the field, rather than showing him a red card. The cards system as we know it, then, has only been around as an essential part of the game for a little over 30 years.

Ken Aston cannot have known when sitting at those traffic lights that his idea would permanently change the way the sport he loved was played. Nor could Antonio Rattín have envisaged that his sit-down protest on the Queen’s red carpet would give rise to a system that helped bring clarity and transparency to on-field decisions, reducing the chance of anyone else being sent off for little more than a dirty look. In football as in life, progress can be driven in strange and unpredictable ways.