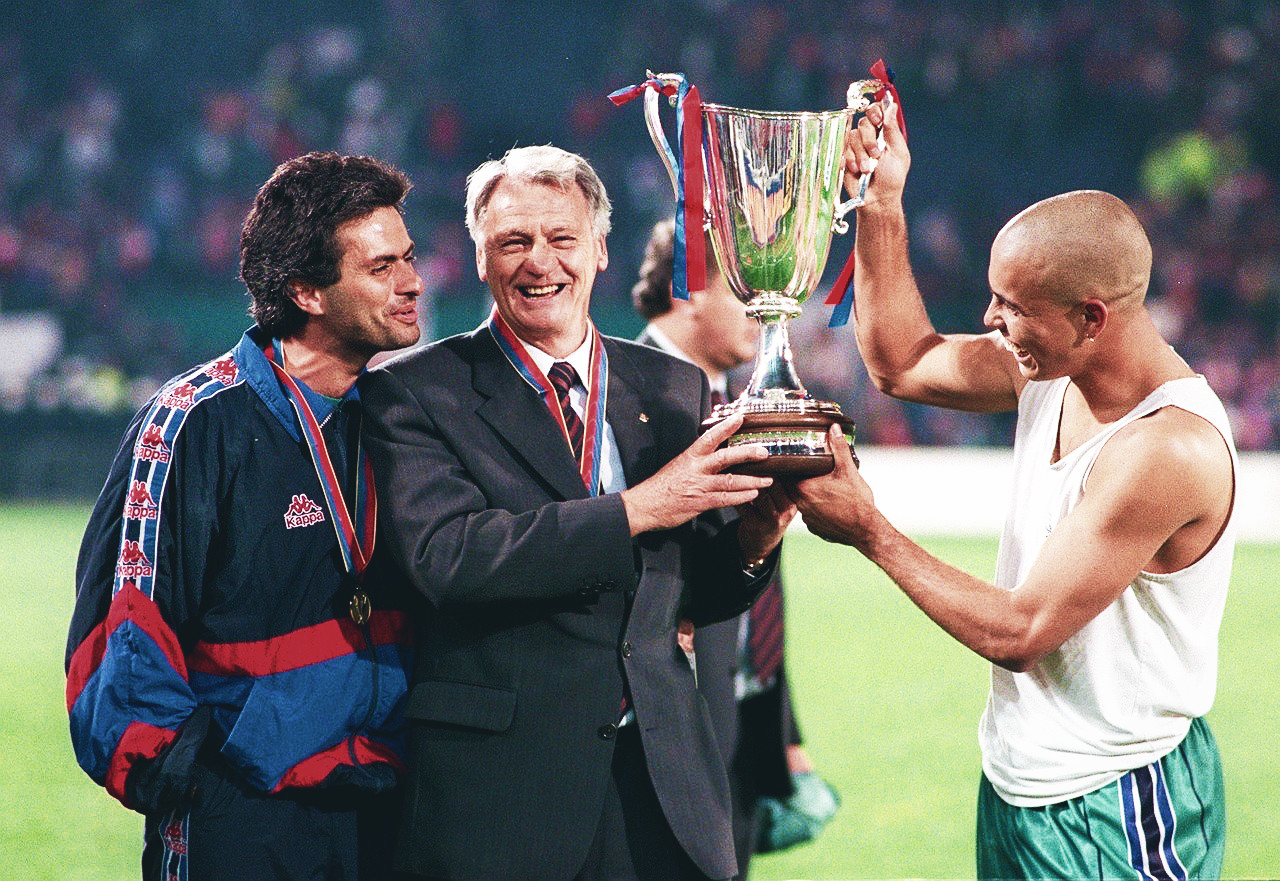 It is the sign of a true footballing great when they are revered long after they have departed this world. Their legacy transcends barriers, overcomes criticism, and ultimately manifests itself in every blade of grass the beautiful game graces.

With every gruelling experience tucked under their belt, and every trophy triumphantly lifted, they set an insurmountable benchmark for their understudies to hopelessly grasp for. It may often be an effort in vain, but the mantle will fall to someone to carry on a legacy eventually, such is the circle of life.

It is a devastating and testing moment when someone important is taken from us. In all walks of life, others will strive to ensure their achievements aren’t simply confined to the dusty back pages of record books, but are instead remembered and celebrated.

However, a cruel reality is that sometimes people will have nothing to leave behind. They may struggle to find a legacy to impart on others and truly show the good that they did during their lifetime. There will be many budding football managers, with their lofty ambitions centred around filling cabinets with glistening trophies, failing to set the world alight. The inescapable fact is that many of them will fail and will be forced to take up a job in some windswept far away country, rarely to be heard about again.

In the case of one very special man, that couldn’t be further from reality. For he would have none of these reservations and dilemmas – after all, he was an inventor, a teacher and, most importantly, would leave behind a legacy so great that the very realms of the game continue to be defined by his success.

This man is Bobby Robson: surely one of the everlasting godfathers of the modern game.

Sir Bobby is one of a rapidly dying breed – a British manager who will forever be lauded. It is easy to side with the preconception of the stereotypical British manager; an individual who is tactically naive and ultimately never the long-term option for any job. However, Robson shrugged off these preconceptions and, while embarking on his own glittering managerial career, nurtured many others who would go on to become successful figures in the modern game.

Robson was born in Sacriston, County Durham, and was the fourth of five sons. Even at such a young age, he would find himself in constant competition with his siblings, while his father spent his days as a coal miner. When he wasn’t deep within stifling subterranean tunnels, he would often take his sons to watch Newcastle United on Saturday afternoons, despite the stadium being a 34-mile round trip. It was here that Robson became mesmerised by the likes of Jackie Milburn and Len Shackleton, and his footballing interest truly began to rear its inquisitive head. 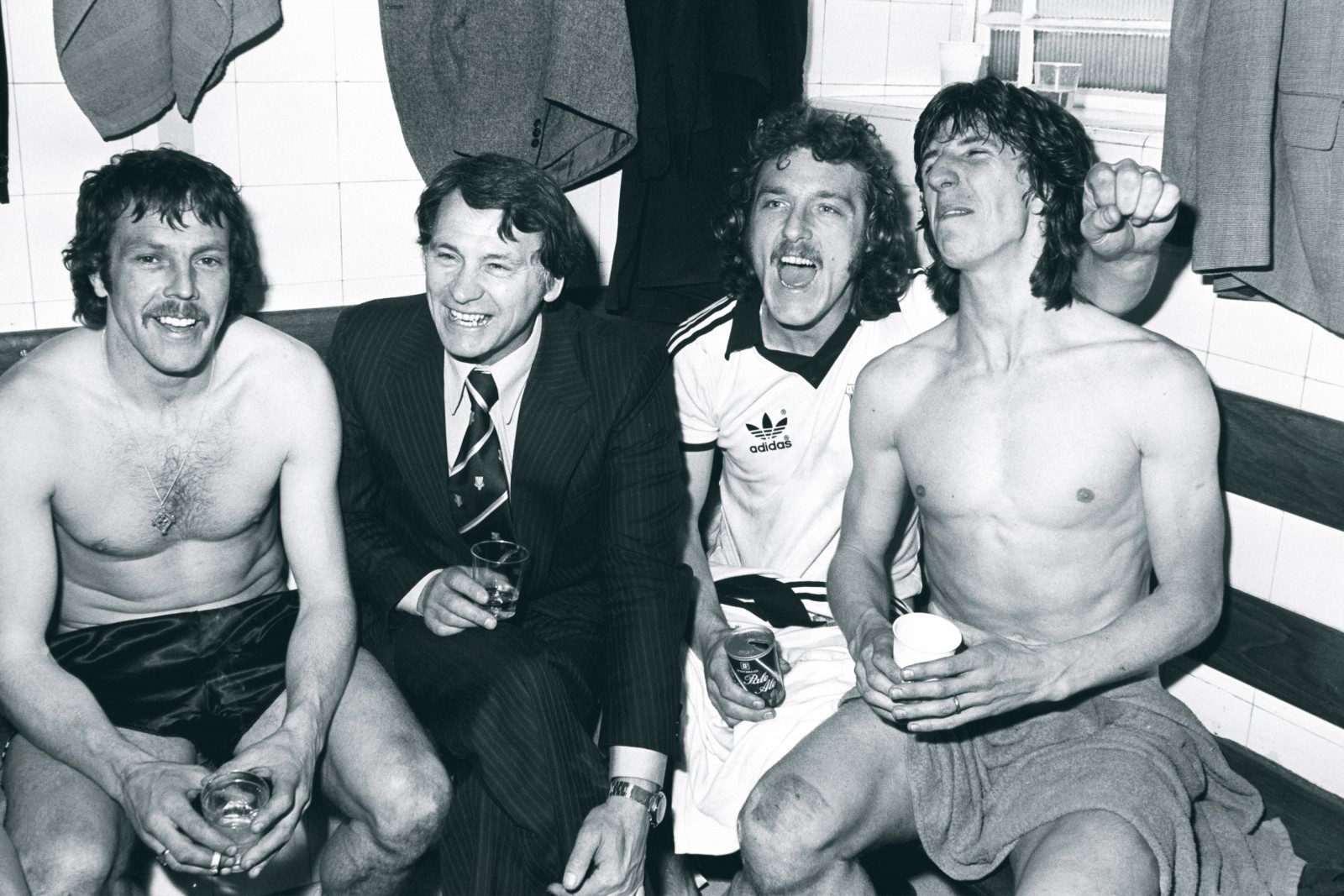 Despite his school’s headmaster not allowing their football team to join a league, Robson played as much as he could, representing Langley Park Juniors at the age of 11 before he was promoted to the club’s under-18 ranks. After impressing at this level, Bill Dodgin, the Fulham manager, paid a personal visit to Robson’s household to offer him a professional contract. Robson snubbed the interests of Middlesbrough and opted to join the Cottagers, feeling that he had a better chance of breaking into the first-team fold there.

In 1950 Robson made his first professional appearance for Fulham, who had recently been promoted to the First Division. However, despite the experience, he couldn’t help but view the Londoners simply as a “nice club”, but “never serious, [or] championship-challenging”. As if to prove his future nous, Fulham were relegated the next season. Robson jumped ship to West Bromwich Albion in 1956, moving for a then-club record fee of £25,000.

After making his debut for the Baggies, he went on to become their top goalscorer in the league the next year, hitting the back of the net 24 times. Despite being fielded typically as a midfielder, the future mastermind scored an impressive 61 goals from 257 games. However, following a disagreement with Albion’s vice-chairman, Robson found himself back where his career really found its feet, at Fulham’s Craven Cottage.

A largely unsuccessful five-year spell there saw a rather different sort of challenge present itself. Robson signed a contract with Canada’s Vancouver Royals and would be their player-manager; the first step in one of the game’s most romantic of managerial careers. However, things weren’t to work out for the Englishman.

Robson was forced to share joint-ownership of the team with Hungarian legend, Ferenc Puskás. He would control the San Francisco section of the squad, while Robson would handle the Vancouver side. This partnership was doomed to fail from the beginning, and when Fulham offered him their vacant manager’s position, Robson had no hesitations in taking up the role.

When he accepted the task in January 1968, his new club had been struggling, having collected a measly 16 points from the opening 24 games of their campaign. The challenge appeared to be a constant uphill struggle, and one that Robson was unable to overcome. Fulham were relegated that season and the Englishman walked away, leaving the club in the Second Division. In a cruel and ill-timed twist, Robson discovered that he had in fact been sacked by the club via an Evening Standard placard at Putney station.

Eventually, Robson would find success at his next club, Ipswich Town. He joined the Tractor Boys in 1969 and would lead his team to a remarkable fourth place in the First Division in the 1972/73 season, along with lifting the Texaco Cup. Throughout the next decade, Robson would instil stability and a winning ethos into the club, resulting in his side regularly finishing in the top six. This record was broken in one season, the 1977/78 campaign, but it was all to be forgotten as Robson led Ipswich to FA Cup glory.

The manager’s glorious reign at Portman Road lasted 13 years, with the 1981 UEFA Cup also entering Ipswich’s trophy cabinet after a 5-4 aggregate win over AZ Alkmaar. Sure enough, the Football Association came calling for Robson, who became England manager after rejecting a 10-year contract extension to remain at Portman Road. 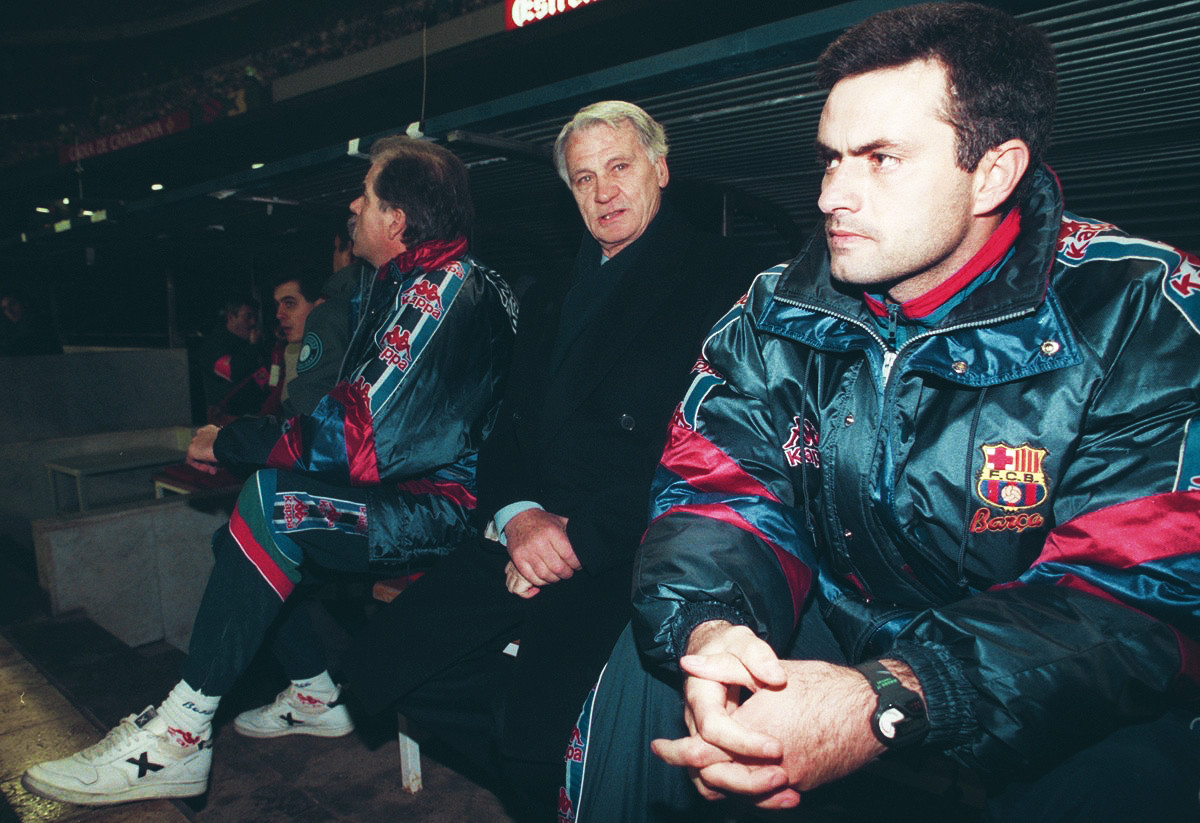 Robson’s international career started off poorly, but after his offer of resignation was rejected by the FA, England’s fortunes began to change. The Three Lions qualified for the 1986 World Cup but were subsequently eliminated at the hands of Diego Maradona. After disappointment at the 1988 European Championships, the manager found himself under severe pressure, but, in typical Robson style, showed his grit and determination to rebuild.

England entered the 1990 World Cup in Italy as underdogs. However, after a stuttering start, they saw off the likes of Egypt, Belgium and Cameroon. West Germany were England’s semi-final opponents, but Robson’s team failed to progress after a penalty shootout defeat, despite the Three Lions showing their ferocious attacking intent throughout the course of the tournament.

Despite the upturn in the team’s fortunes, Robson’s departure after the tournament was planned, and his stunning managerial career was to take another twist – this time allowing present-day household names to take their first tender steps into coaching.

Two years at PSV saw the Dutch outfit win the league title in successive seasons, despite a lack of progress on European fronts. Robson then moved to Sporting CP in Portugal in July 1992. However, the Englishman was yet to learn the language and would require the services of an interpreter. This role not only required an extensive knowledge of linguistics but also of tactics; Robson would need to be able to inform players what would be required from them.

The chosen one was José Mourinho, who found himself in the right place at the right time. He had endured an unremarkable playing career, and soon turned to management. After a number of coaching courses, Mourinho took on some staff roles at various clubs, before becoming a crucial member of Robson’s backroom staff at Sporting.

The two men had contrasting outlooks over the beautiful game, but it led to a harmonious and successful relationship. The younger coach preferred to approach games analytically so that no unpleasant surprises arose on match days. Robson, however, didn’t have to rely on tactics as much, as players would be willing to go the extra mile because of the degree of admiration the football world had for the Englishman’s extensive experience.

Robson allowed Mourinho to take on a more tactical role as their understanding grew, and the Portuguese would produce dossiers which would allow the manager to prepare his squad for upcoming fixtures. However, the two wouldn’t remain at Sporting, as a third-place finish and early exit from the UEFA Cup meant Robson was sacked.

Sporting’s rivals, Porto, were quick to hire the Englishman, with Mourinho installed as his assistant manager. Robson would find success at his former club’s rivals, as he led his new side to the Portuguese Cup and successive league titles – earning the affectionate nickname ‘Bobby Five-O’ in the process. It was while Robson was helping facilitate the rise of a sleeping giant that he encountered a certain 16-year-old, who happened to live in the same apartment block. 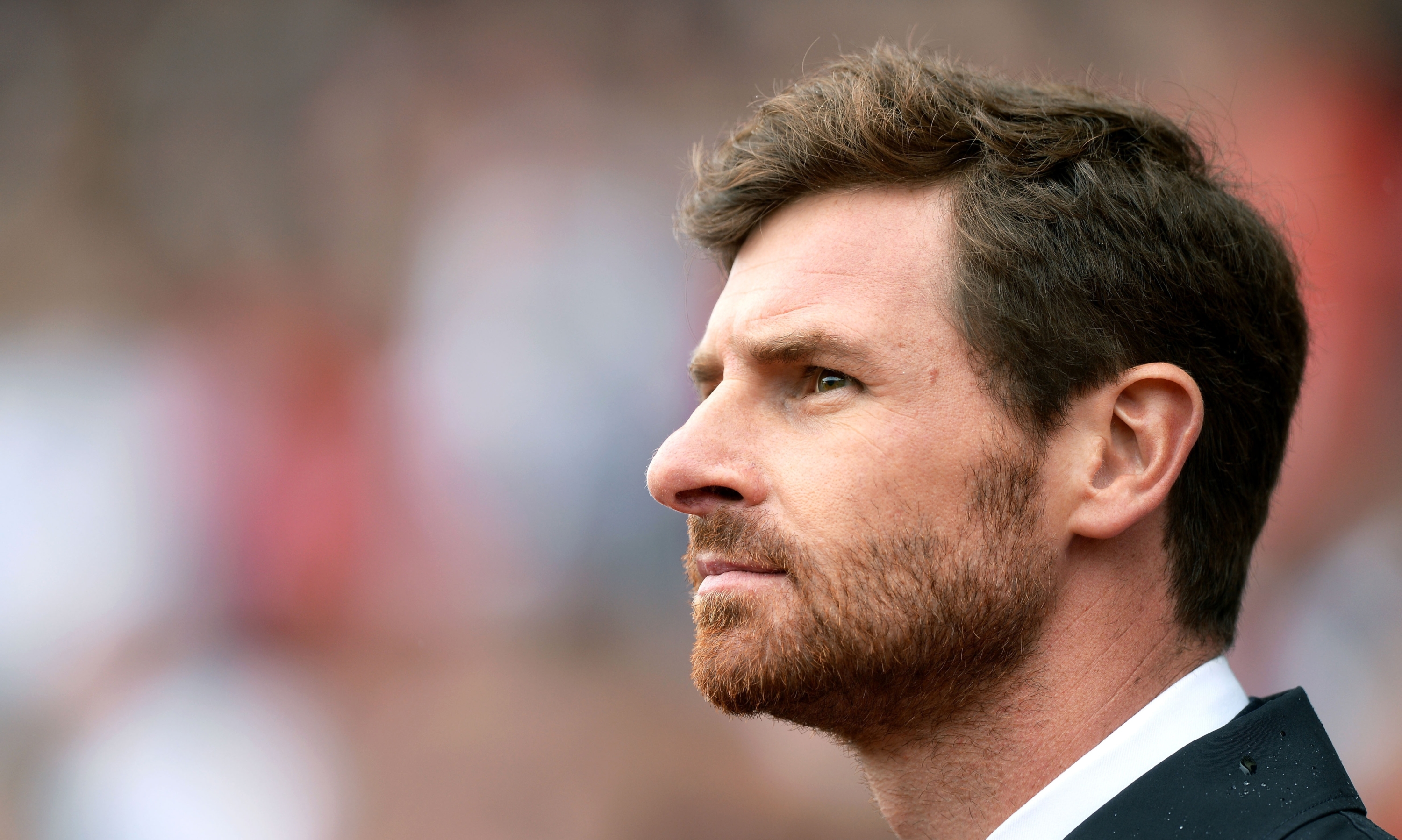 The young man was André Villas-Boas, the future Porto, Chelsea, Tottenham and Zenit manager. He was fluent in English and held a burning passion for football and its strategies, even at such a young age. This interest led to him leaving a note for Robson, outlining why Domingos Paciência, an outcast from the squad at the time, was more than worthy of a place in the starting line-up. Robson had always cast a keen eye for talent, and this helped him make the decision to allow Villas-Boas to observe training and produce dossiers.

Robson was so impressed by the quality of the reports that he helped Villas-Boas achieve his childhood dream to break into the world of coaching. The young Portuguese then worked his way up the ladder, landing roles at Ipswich and the British Virgin Islands, both of which helped him to further his education.

When Barcelona came calling for Robson, there was no need for Villas-Boas to follow, as he continued to learn from various clubs across the continent. However, his fellow countryman, Mourinho, followed the Englishman to Catalonia, in what would be the twilight of Robson’s rollercoaster career.

The successful duo won the Spanish Cup, Super Cup and the Cup Winners’ Cup, before Robson took up the role of general manager of the Catalan giants. As for Mourinho and Villas-Boas, they would go on to achieve success of their own, with Mourinho becoming one of the game’s most decorated managers of all-time.

Robson would enjoy his last years in football at PSV, Newcastle – where he won the hearts of the north-east through eye-catching displays and remarkable domestic finishes – and as director of football at Hearts.

He also helped spark the coaching careers of many others, including Pep Guardiola – who would famously disagree with much of his tactical decisions – and Luis Enrique, who were both players at Barcelona under Robson, and their influence continues to spread to this very day. The pure enthusiasm the Englishman had for the game helped spur the two Spaniards towards picking up their coaching badges and embarking on their own remarkable managerial careers.

No matter which corner of the globe you look in, it would be impossible not to notice the ripple effect Sir Bobby Robson has had over the football world. His silver-lined glories and permanent sparkle in his eye meant that it would be impossible not to be enamoured by his affection for football, and every extreme emotion that goes with it. That some of modern football’s most prominent names attribute their philosophy and methods to what they learned under Robson speaks volumes.

Perhaps that’s why the last word should go to Mourinho, his most cherished of disciples: “Bobby Robson is one of those people who will never die, not just for what he did in his career but for everything that he gave to those who, like me, were lucky to know him and walk by his side.”