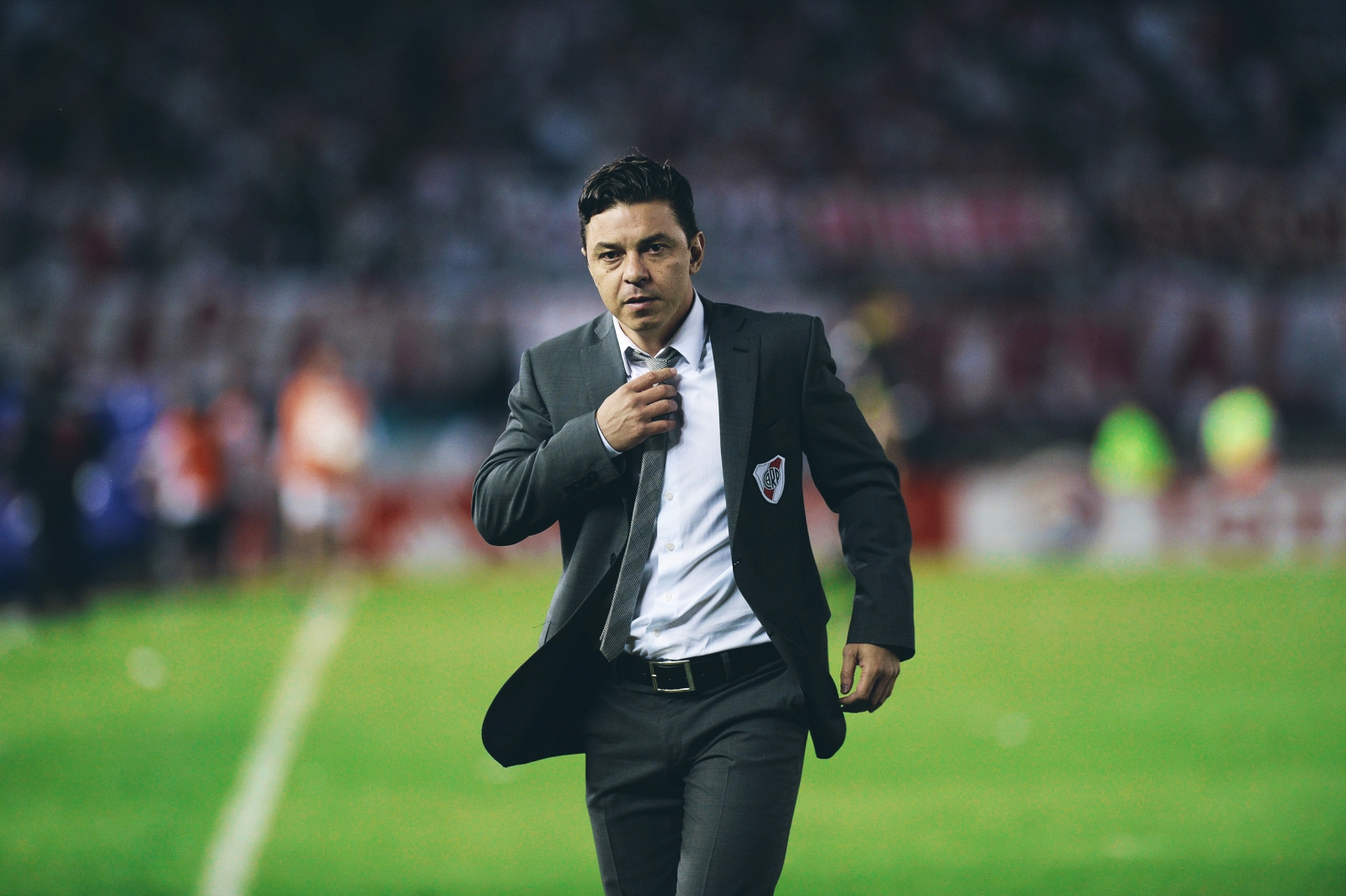 If Italy is the great training ground for great European coaches, Argentina must be considered its equal in the pressure cooker of South America. Men such as Mauricio Pochettino, Tottenham Hotspur’s outstanding manager who initially made his mark in England at Southampton, José Pékerman, the head man in charge of Colombia, and Marcelo Gallardo, the diminutive man-child at the helm of Buenos Aires super-club River Plate, all honed their skills on the pitches where La Nuestra is the code.

When Marcelo Gallardo stepped onto the pitch of Estadio Monumental to be introduced as manager of River Plate, one of the biggest clubs in South American football, he looked as if he had just ducked out of a university classroom, wearing fashionable jeans, a loose-fitting tie and a trendy jacket. Laid-back and easygoing with undoubted confidence, he had the air of a man who knew that he was a winner. There was no reason to believe that within two years Gallardo would become completely disenfranchised with the world of football.

For a man of his age – only 40 at the time of writing – Marcelo ‘El Muñeco’ Gallardo acts and speaks as someone of much deeper experience, with little hint of arrogance but complete faith in his background and methods.

His on-field achievements are well documented, from his time as a savant at River Plate to his glory days in Europe with Monaco, and his glorious national career as a star of the Argentina side; Gallardo was a player of considerable talent, skill and bravery. When injuries finally caught up with the attacking midfielder while on duty with MLS side DC United, Gallardo tried one more comeback with Nacional de Montevideo of Uruguay, however his return proved to be a fruitless last attempt at a failing career on the pitch.

Gallardo demonstrated throughout his playing days that he was a superb creative outlet, possessing skills – although from a more advanced position – comparable to the likes of Andrea Pirlo, who could see two or three steps ahead of the action. Gallardo’s ability made him invaluable at Monaco, where he was named their Player of the Year in 2000. His talent made him a rare breed of player, who won trophies at all the clubs he ever represented.

This ability to see the match unfold in front of him would prove vital to his career as a manager. Gallardo translates his knowledge of the game into a method of coaching that creates attacking football with a strong identity, defensive shape, and players willing to adhere to his tactical acumen.

“Gallardo teaches visualisation techniques to his team; he was one of the first Argentine managers to bring this method to South America.” Juan Arango

Gallardo got his first crack as a manager with the last club he played for, Nacional. The Uruguayan club named Gallardo their new manager mere days after he retired from playing when outgoing manager Juan Ramón Carrasco left to become manager of Emelec in Ecuador. Gallardo would lead the club to the title in his only season in charge, leaving as a champion and heading back to his homeland to continue his coaching education.

In 2014, almost two years after Gallardo had left Nacional, Ramón Díaz – the most successful manager in River Plate history – was enduring a troubled relationship with the club’s hierarchy. That summer, the club and Díaz reached an impasse, and the former striker resigned. River, as they have done so many times before, reached out to a former icon to fill the gap. That man was Gallardo.

“I was born to take on big challenges,” Gallardo said at his introductory press conference. Indeed, a big challenge awaited him. There are only a handful of clubs in the world that come with as much scrutiny and pressure as River.

The cross-town rivalry with Boca Juniors has, in recent years, become more than an intense football derby. On the night of 15 May 2015, during the second match of a Copa Libertadores tie, with Los Millonarios holding the advantage, violence spilt onto the field as the Boca fans inside La Bombonera attacked the River Plate side as they returned to the field for the second half.

A previously banned Boca supporter cut a hole in the canopy where the sides were to reach the pitch and threw pepper spray and acid onto the River players. The security and police did little to quell the insanity, and the River players were stranded on the pitch for 45 minutes whilst order was restored.

The Boca players could be seen applauding the fans as they left the field when the match was suspended.  Gallardo called Boca’s actions “a disgrace, deplorable”.  This was the highest level of escalation seen in the Superclásico in years. It marred a legendary rivalry and put a disturbing face on Argentine football. 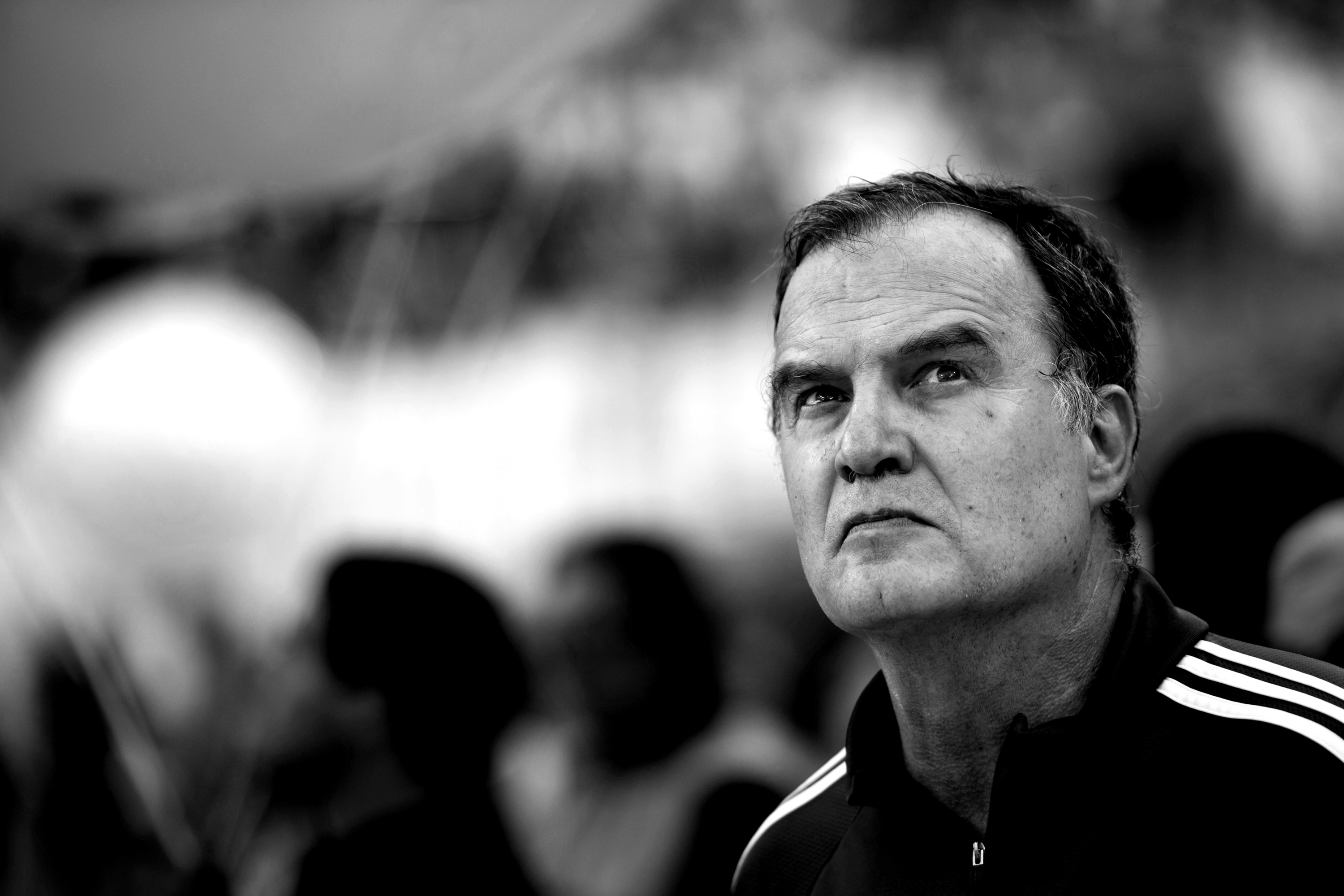 Read  |  The obsession of Marcelo Bielsa

Gallardo had always seen football as a joyful experience. Taking on the challenge of European football, winning the hearts of Argentina by playing in two World Cups, and starring as a flashy playmaker for River in their heady days of success at home and abroad, he suddenly seemed burdened by the weight of societal pressure and tribal conflict.

To further compound Gallardo’s sense of football’s great regression, the Argentine Football Association is in dire straits. Some 350 million pesos (18 million GBP) are owed to the teams for television rights from the 2016 season. For this reason and others – the draw of huge money in China among them – Gallardo was quoted as saying: “Football is dying.”

The young master has agreed to stay on for 2017 amid rumours of discontent. Had River not won a spot in the Copa Libertadores by way of the Argentine Cup, Gallardo would likely have left the club. His passion for trophies is legendary and his knowledge of the game is wasted in a league where clubs and fans are not treated with respect by the powers that be.

Having played under the wild genius that is Marcelo Bielsa for the national team, Gallardo attributes much of his coaching philosophy to the man who has influenced so many in the game, and he credits Pep Guardiola’s possession-based play and high pressing to win the ball as an inspiration today.

A true pioneer, Gallardo was the first coach to appoint a female assistant to his staff in Argentina’s top division. In June 2014, Dr Sandra Rossi, who has a PhD in neuroscience and who has been referred to as the ‘brain trainer’, was hired at River to work with the players on neuroplasticity, a method of training the players’ minds to build on successful patterns, reinforcing positive behaviours while disposing of negative or harmful thoughts and patterns.

These practices are common amongst the large clubs in Europe, however the macho culture of Argentina has been seen as a brick wall of masculinity, often edging toward violence on the pitch. Dr Rossi, who has been successful in helping to unlock the flip side of the emotional coin, helped River win the league, the Supercopa, the Copa Sudamericana and the biggest prize of them all, the Copa Libertadores, within a year of her hiring.

Read  |  César Luis Menotti and the style that galvanised Argentina

“I like to tell the players that we are going on to the field to defend a cause and to feel good about ourselves.”  Marcelo Gallardo

Gallardo’s tactics, as well as his aptitude to coach in Europe, were put to the test when Los Millonarios faced the mighty Barcelona in the 2015 Club World Cup final. The Argentine sent his men on a mission to frustrate and impede the mighty 4-3-3 of Luis Enrique.

River started well, with a high pressing 4-3-1-2, however the speed and passing accuracy of the Barcelona attack finally wore down the press of Gallardo’s men. With the central defenders of Barcelona playing wide to take out the attack of River, it was just a matter of time before the key men on the day, Lionel Messi and Neymar, would put the game out of reach.

It came as no surprise that Barcelona were crowned world champions that day. River Plate, operating to less than 10 percent of Barça’s budget, with players who face inferior competition on a weekly basis, were outclassed, although the final score of 3-0 did not reflect the difference for most of match, merely the quality of Barcelona’s forward line. Gallardo had gotten his tactics right – he simply lacked quality on the pitch to execute his plan.

Today, South American football is going through a transitional period at all levels of the game. As a result, players are seeking moves to Europe earlier than ever – and managers are no different. It isn’t, however, simply the traditional path of European glory that people are seeing, it is also the temptation of huge salaries in the Chinese Super League that are turning heads.

Gallardo was reportedly offered a lucrative deal to join the Chinese revolution, although for now his eyes are firmly fixed towards Europe – perhaps Spain, France or Italy – where he can test his undoubted managerial ability against the very best. Indeed, he has been mentioned as a replacement for Diego Simeone at Atlético Madrid should he decide to part ways with the club.

The future is certainly bright for Marcelo Gallardo, who has made use of advanced coaching techniques, a rare ability to bond with his players on and off the pitch, and his invaluable playing experience to craft out the early stages of what could result in Argentina’s next great coaching star.

While his disenchantment with the game in his homeland is concerning, elsewhere he will find a different game altogether, and it’s there that Marcelo Gallardo will ultimately make his mark. If indeed football is dying, perhaps his enthusiasm and talent will help save the future for a club that will no doubt benefit from having his gifted services