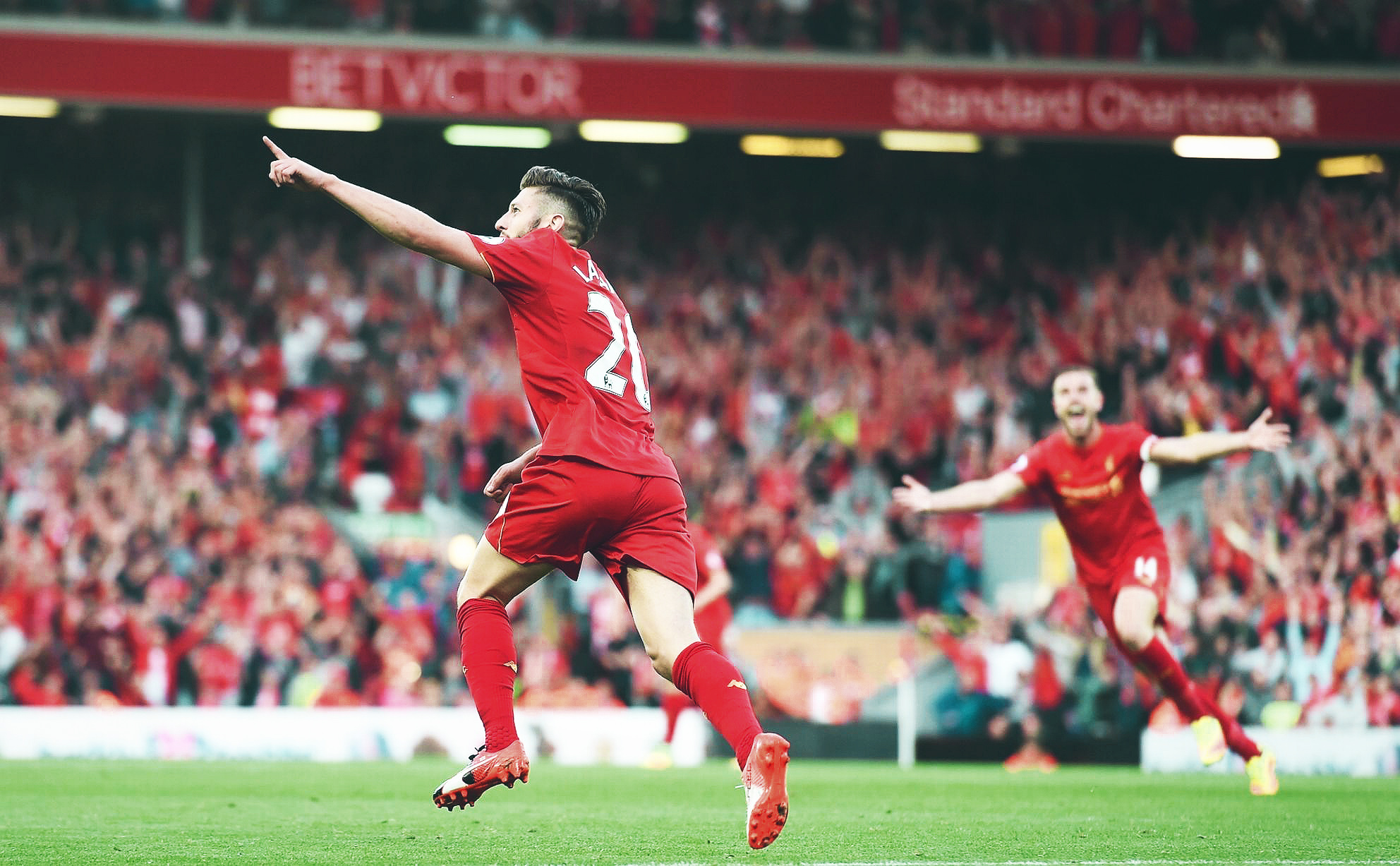 Adam Lallana is one of those players who has always been there. There, hanging in the space between irrelevant and popular. A decent, gifted squad player who can be relied on, but nowhere near a world-beater and not often a game-changer.

It was in the 55th minute of Liverpool’s clash with Leicester City that Lallana announced that he was no longer there, but in fact here. Of course, Liverpool fans would have known that this day would eventually arrive, but for the neutral, goals, glitz, skill and the occasional overdose of passion in a screaming, Diego Costa-style meltdown, are more noticeable than being consistently solid.

The 55th-minute strike for Lallana was born of thunder and struck so hard into the roof of the net that Thor himself would likely be stroking the legendary Mjolnir in a jealous manner upstairs in Asgard. Danny Drinkwater and Christian Fuchs (who wisely chose to move out of the way) couldn’t do a thing to stop Lallana, who gave the surging Sadio Mané the simplest of options with a lay-off on the edge of the box.

It’s what happens moments before Adam’s goal that impresses the most, though. As Liverpool’s Daniel Sturridge receives the ball, Lallana is already racing forward between the defenders offering an option. The ball is passed to Wijnaldum instead, who is quickly closed down and can only feed it to the waiting Lallana. The intelligence displayed from him in playing situations is usually reserved for those who are looking towards the end of their career, not the peak of it; those who have hundreds of senior games under their belt. He’s always trying to make something happen so that the game can be won and you will rarely catch him needlessly waiting for the ball to roll to his feet.

There’s the intelligence, but there’s also an abundance of desire within Lallana. The midfielder covered over 13 kilometres during the Leicester game. A match which must have seemed as though it was a hall of mirrors to Ranieri’s men, with Lallana popping up all over the place. A player with this much ability combined with that much stamina can be world class when a streak of good form comes along.

It’s quite some fortune, then, that Lallana is English an,d along with Ross Barkley and Raheem Sterling, will be able to provide the England team with flair and style for a good number of years. He’s a mixture of Gareth Barry, Steven Gerrard and current team-mate James Milner, but gifted with a technical ability so refined and feet so swift, you could easily picture him in La Liga. Drive, resilience, stamina, striking ability and intelligence are quickly defining the 2016-17 Adam Lallana who is rapidly showcasing exactly why Liverpool paid £25 million to prise him away from Southampton a few seasons ago.

Southampton are a club who seem to be consistently churning out quality players, from Gareth Bale and Theo Walcott, to Alex Oxlade-Chamberlain, Calum Chambers and of course Lallana. Following his development at the south coast club, former Southampton manager Nigel Adkins relied on Lallana for the two successive promotion campaigns that saw the Saints leap from League One of the English Football League straight to the Premier League.

I should have penned this article a while ago. I’ve always been fond of Adam Lallana, but after scoring nine goals for Mauricio Pochettino’s overachieving Saints in 2013-14 and earning that expensive transfer up north to Merseyside, he fell off my map. It’s not that he wasn’t doing good or working his usual magic, but he’d made the ‘mistake’ of becoming a quietly consistent player. Always there, around, but never the focus. It’s only just that the former Saint is thriving under Liverpool’s Teutonic manager, but Jürgen Klopp will have that effect on you.

Lallana displayed his numerous qualities on the international scene during Sam Allardyce’s first game in charge of England against Slovakia. It was another game in which he had covered a generous amount of turf and attempted to orchestrate the attacking play of his team. After luck had defied him on a number of occasions, it took until the 94th minute for Lallana to stroke the winner past an exasperated Slovakian keeper. It was another game in which there had been bigger names on display, but Lallana had managed to outshine them all. Confidence and poise are another part of the package that Lallana brings to Liverpool.

After just four games of the 2016-17 Premier League season, Lallana has scored twice – meaning he’s already halfway towards meeting last season’s return of four goals in 30 league appearances. For many that thought Lallana was missing an end product to his play, this shows an early inclination that he is becoming a complete player, one who could feature in any team in the league.

Adam Lallana might not end the season as the Premier League’s best player, nor is he likely to make the team of the year. He might not even score many goals or provide loads of assists come May. Whether Lallana stays on top of the Premier League pile is neither here nor there, but right now, he’s the player most deserving of your attention.