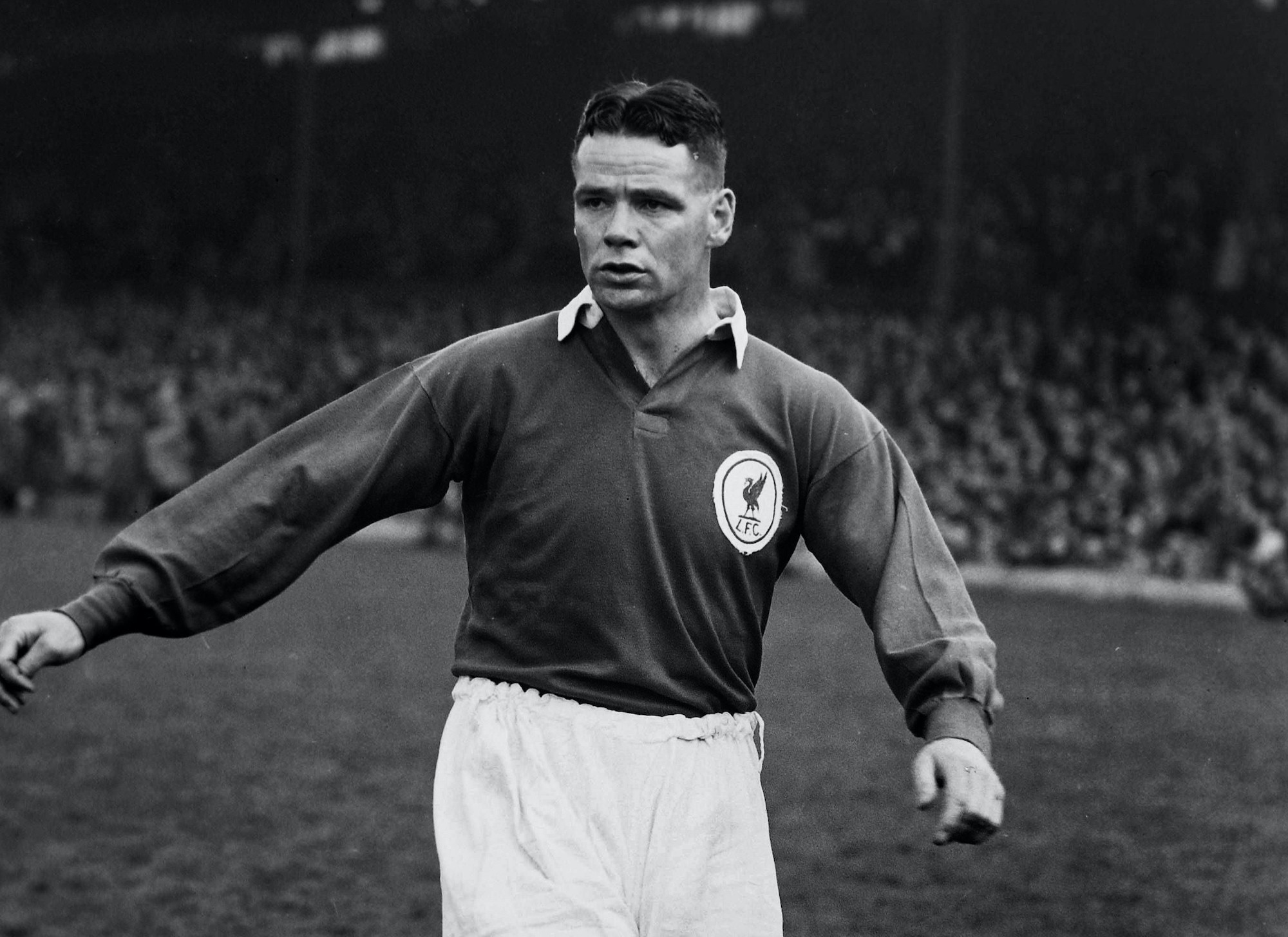 The year is 1938 and the drums of war beat ominously in Europe, but in the small village of Townhill, Dunfermline, a 16-year-old boy is heading home after a youth club dance. It’s late, almost midnight, and his head is a whirl. The question of whether he was about to receive a rocket from his parents is the least of his concerns, though. Instead, William Beveridge Liddell is consumed with questions about his future.

An intelligent scholar, contemplative and studious, he had consulted the people who meant most to him: his schoolmasters, his mother and father and his minister. They had all concluded that for ‘Willie’ a university scholarship beckoned, followed by a career in accountancy. The young Liddell had other dreams, though. He may not have admitted it to them – perhaps not even to himself – but Billy Liddell wanted to be a footballer.

He’d done well as a schoolboy, playing for local teams Kingseat Juveniles and Lochgelly Violet. He was also a keen rugby player, often representing his school in the morning and turning out for the Violet in the afternoon. His performances had attracted the attention of Hamilton Academicals and Partick Thistle.

Billy turned down Hamilton, who at the time were struggling and had been disappointed that his run-out with Partick had only resulted in an offer to call on him again when the new season started. As he walked along, his mind in a ferment, he had no idea that his fate was being guided behind the scenes by a Liverpool star and future Manchester United legend, Matt Busby.

Busby, who had played for Chelsea, Manchester City and Liverpool between 1936 and 1939, was aware that Scottish clubs were scouting young Billy and had telephoned Reds manager George Kay to recommend the youngster for the Anfield side. Though Busby and Liddell later became great friends, Billy never learned of his helping hand until he read a book written by him.

Approaching his family home, Liddell noticed that the lights were on downstairs. It was a couple of hours past his parents’ bedtime, so that could only mean one thing: he was in for a right telling off. As he opened the door, though, he found them in a completely different mood. An awkward silence ensued as Billy’s mother struggled to find the words and the young Liddell tried to fathom what on earth was going on. Eventually, his mother buckled and erupted: “Willie, how would you like to live in Liverpool?” 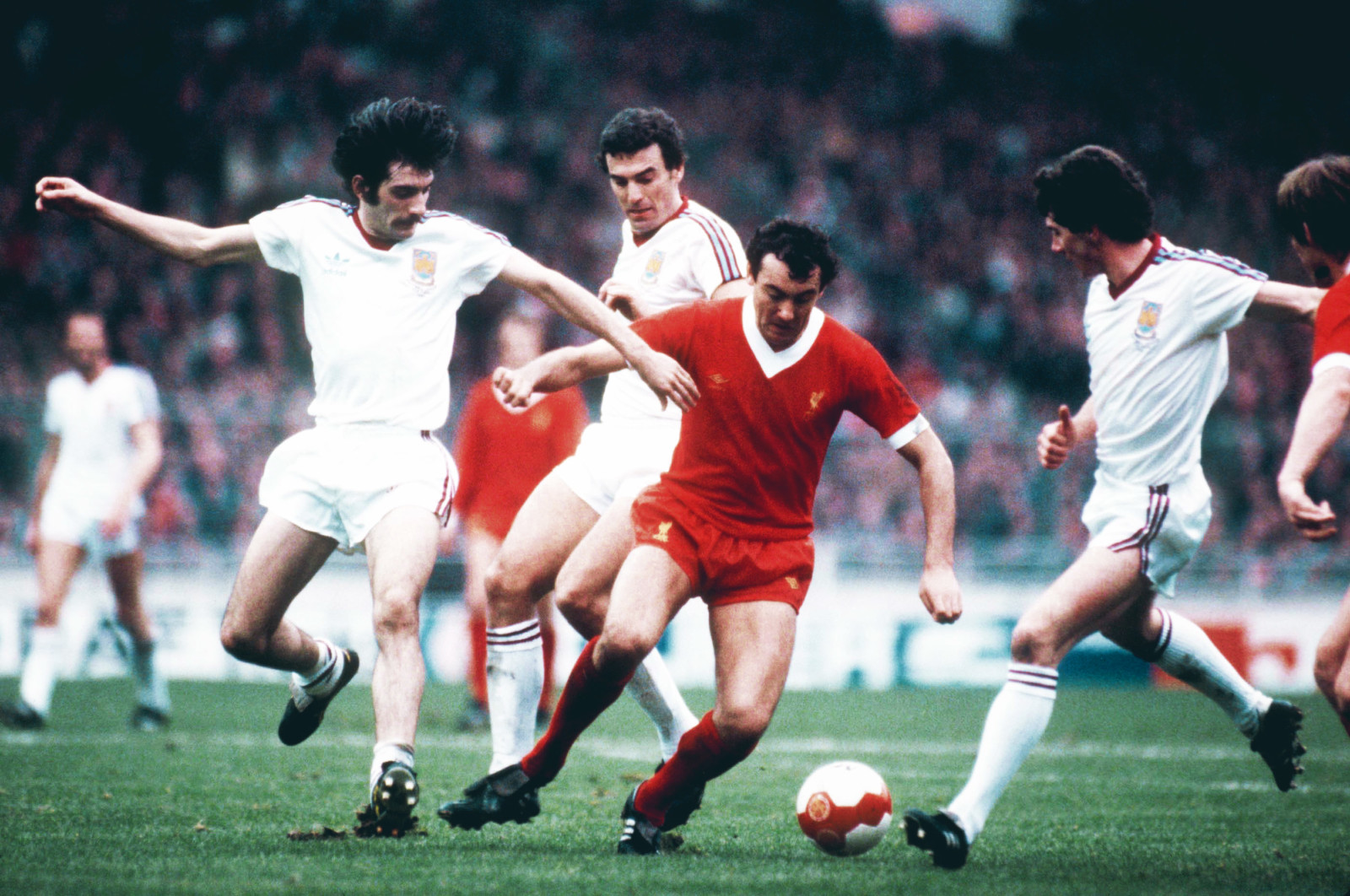 Read  |  The triumph and tragedy of Ray Kennedy

That night, on the instruction of Reds manager George Kay, Liverpool’s Scottish scout, Johnny Dougarry, had come calling. A visit from club officials and the manager himself soon followed, along with promises to set Billy up with a part-time job in an accountancy firm on Chapel Street. And, despite advice to the contrary from his school head, and dire warnings about criminality in Liverpool, Billy Liddell’s future came into sharp focus for the first time in his young life.

Liddell travelled to Merseyside by train, escorted by Reds player Willie Fagan on 27 July 1938. He was just 16 years of age. He would sign as an apprentice and would receive £1 per week until he signed as a professional nine months later, when he would earn the princely sum of £5 a week.

His career was almost derailed completely when he sustained a knee injury which hospitalised him for weeks, after he had crashed into a concrete post near a corner flag in a game against Blackburn. Nevertheless, his much dreamed of contract arrived in 1939.

However, events on foreign shores meant he would wait a full decade before making his full debut for the club. With the outbreak of war, the Football Association had asked that professional players set an example by enlisting voluntarily. Billy was a willing volunteer and enlisted with the RAF, where he became a skilled navigator and pilot. Though he never saw active service during the hostilities, something that disappointed him greatly, he was fortunate to continue playing in representative matches throughout the war. He even went AWOL from his base on one occasion in order to take part in a game between Liverpool and Manchester City, sneaking back in after the game without his commanding officers noticing.

In his autobiography, My Soccer Story, published in 1960 – just after Bill Shankly had arrived at Anfield – we discover that Liddell is much more than a player of outstanding talent. Indeed, the reader is left with the impression of a man struggling to muster enthusiasm for the detail of his career, and much more engaged in his ideas and visions for the future of the game. One passage illustrates this perfectly in the opening chapter of the book, tantalisingly entitled: ‘A Peep into the Future’.

In it, there is a curious discussion about whether it is reasonable to refer to footballers as ‘slaves’, due to their poor pay. Typically, Liddell is scornful of the idea and refers to an incident that occurred as he arrived for training in his car, parking it next to his teammates’ vehicles. He had overheard a ‘rather down at heel passer-by’ remark: “The slaves don’t seem to be doing so badly, mate. I wish I was one of them.”

Liddell was in touch with the supporter and comments extensively on how they suffered freezing temperatures and deluges of rain in order to follow their teams on uncovered terraces. He even sets out a financial model, including a proposal for government loans for upgrading stadia and providing heating on the terraces, arguing that this would be the solution to declining attendances.

There is a chapter on the ‘Evils of Barracking’, in which Liddell appeals to supporters to treat their own players with the same disdain as they do opposition players, if they commit fouls or cheat. This, he argues, would raise the standard of the game. It may seem somewhat naive to modern supporters, but this was the age of the gentleman footballer – and Liddell was the epitome.

He disliked unfairness and double standards and couldn’t understand why it was okay to barrack the opposition for such behaviour, but not your own. He was equally repulsed by a phenomenon we would all recognise today: the singling out by home supporters of individual players in their own team. This, he argued, destroyed confidence and prevented the player from reaching his full potential.

This was a thinking man’s footballer. He looked to big European clubs like Ajax, Anderlecht and Young Boys for inspiration and even suggested prophetically that “nothing is more certain than in the course of time we shall see a European league established”. He goes on to muse on how players will one day hop from airports in the big cities on planes that will take off vertically, arriving on the pitch in stadia across the continent.

This is all remarkably entertaining, thoughtful and even visionary. However, disappointingly, just as his musings become ever more fascinating, he closes the chapter with this passage: “I wish I could develop my ideas further, but as this book is supposed to be my life’s story, not a crystal-gazing excursion into the future of football, I must leave matters there and get on with the main task.” It’s enough to make the reader scream at the page, “No, carry on crystal-gazing, Billy.”

Liddell made his full debut for Liverpool in an FA Cup third-round tie at home to Chester on 5 January 1946. He had missed the start of the season while waiting to be demobbed from the air force and was one of eight debutants that day, alongside future Reds manager Bob Paisley, who was also making his first official start for the club.

Liverpool won the tie and Liddell would grab a debut goal. The man who had accompanied him on the train ride from Edinburgh to Lime Street Station Liverpool in 1938, Willie Fagan, got the other. The Reds would lift the title that season, the first post-war league championship contested, and Liverpool’s first since the famous ‘untouchables’ side won back-to-back titles in 1922 and 1923. 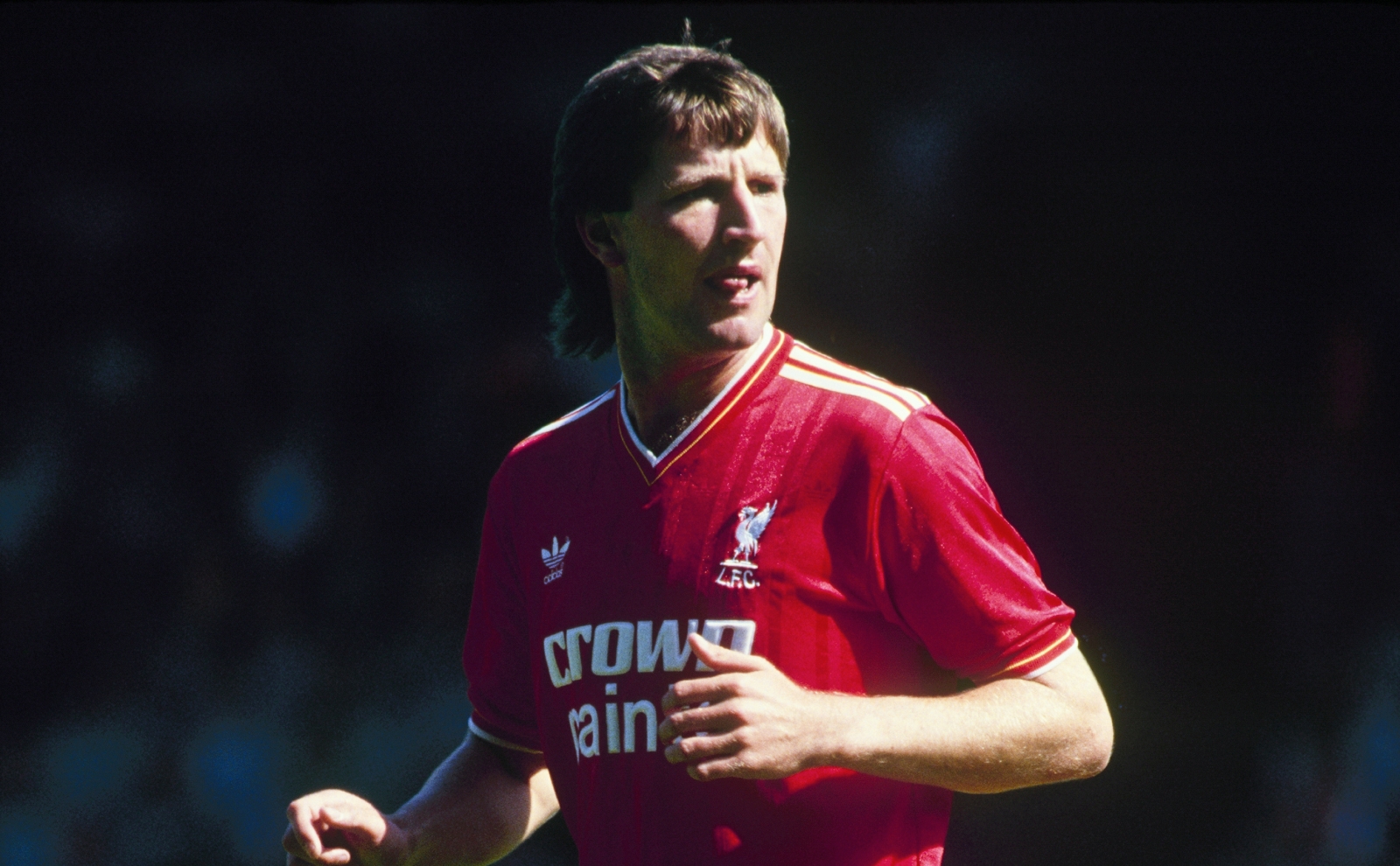 Liddell would go on to play an astonishing 534 times for Liverpool, a record which eclipsed 1920s goalkeeping legend Elisha Scott’s, and which was made more remarkable by his decade-long wait for his debut. We will never know what Liddell could have achieved in a Liverpool shirt had it not been for the intervention of war. His goalscoring exploits – 228 goals in all competitions – made him the darling of the Kop.

Such was Billy’s influence at the club and the esteem in which he was held by the local population, the Anfield outfit were referred to as ‘Liddellpool’ throughout his career. Given all of this, it seems a great shame, even criminal perhaps, that he would hang up his boots with just a single league title medal to his name.

Though he felt tremendous pride in contesting the 1950 FA Cup final against Arsenal, his disappointment in losing would have lingered long. The cup was so prestigious to players and supporters alike that Liddell would refer, without irony, in one passage of his book to winning a league title as a worthy consolation prize when describing how a friend and fellow professional had missed out on a league and cup double.

His thoughts on the game and the respect in which he was held also meant his views were frequently sought by broadcast media and newspapers alike. This was no ordinary footballer: Billy Liddell was a gentleman and a scholar, respected beyond the confines of Anfield. He was also something of a visionary in terms of his ideas about the future of the game.

He left the club in 1961, a year after publishing his autobiography, as a one-club legend who felt blessed by his experience, stating, “Football had been good to him.” Concluding his reverie on life at Anfield, his words are strangely prophetic. On his affection and hopes for the new boss, Bill Shankly, he had this to say: “Bill Shankly, who in his time was a brilliant half-back for Preston and a great fighter. He just lives for football – and I firmly believe that he dreams about it too. Everybody at Anfield hopes that in the not too distant future [he] will lead the club back to the First Division and also to a cup final victory.”

Sadly, the success which duly followed came too late for Liddell. However, his status as a Liverpool legend and icon was already assured. He would wind down his days in Liverpool as a Justice of the Peace and a man consumed with charity and voluntary work. He passed away on 3 July 2001 at the age of 79.

There are no statues of Liddell at Anfield; no stands named after him. There is a road that bears his name in the Bootle area of the city. However, perhaps his greatest accolade is the appreciation of the people. In 2012, amidst the glitz and glamour of the Premier League era, his name was added to an official list of ‘100 Players Who Shook The Kop’ at number six. This is more remarkable for the fact that the honour was voted for by supporters, most of whom would not have seen him play.

Billy Liddell’s journey from Townhill in Dunfermline to Anfield in 1938 saw him become a generational player for Liverpool, a visionary in the game and a gentleman footballer. This is his legacy.