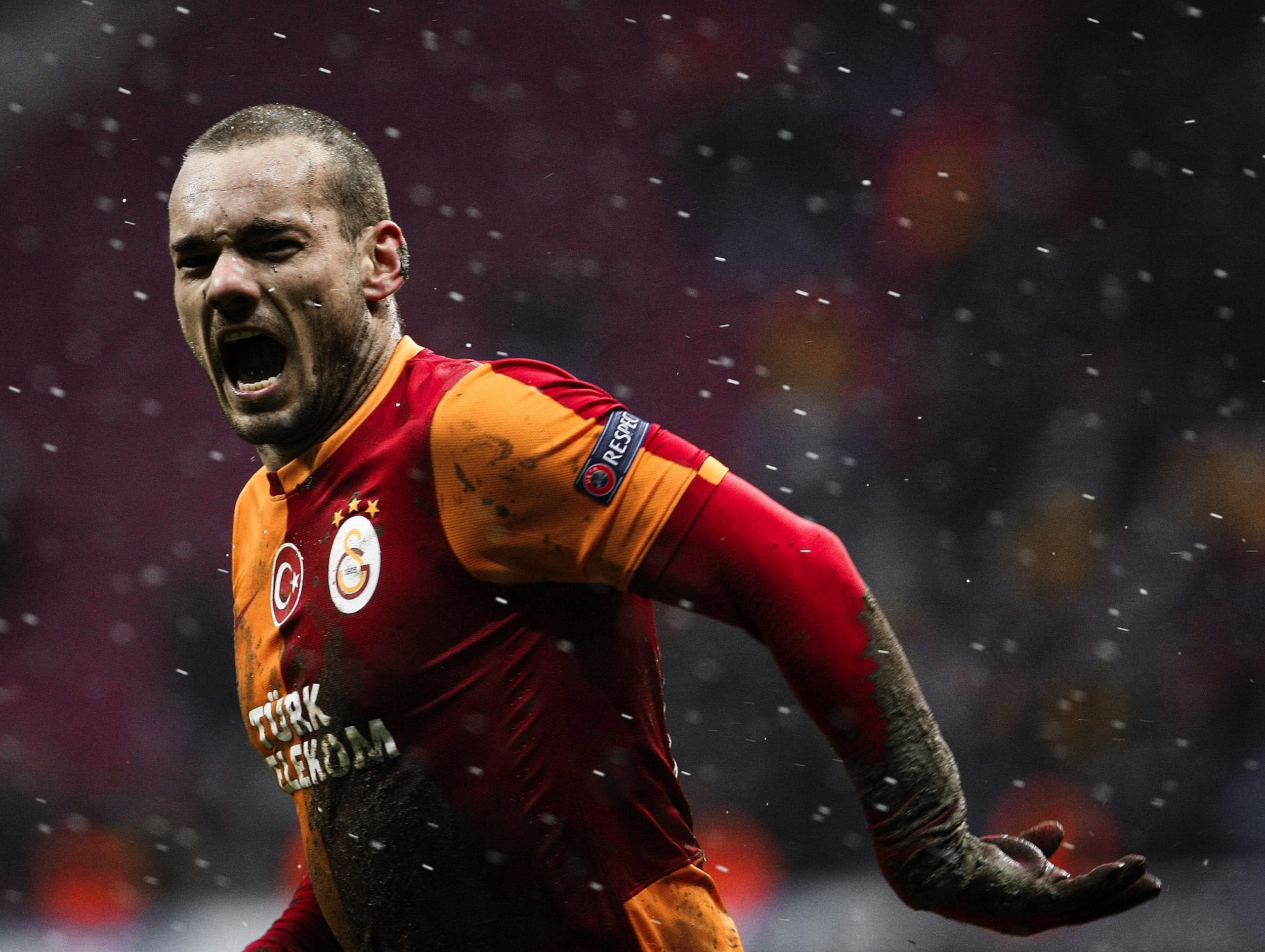 The 2010 Ballon d’Or was undeniably harsh on Wesley Sneijder. His year was one of immense triumph, featuring a treble with Inter, whilst his national team were to reach the World Cup final in South Africa. Sneijder had orchestrated the proceedings in both José Mourinho and Bert van Marwijk’s sides and was widely seen as a befitting recipient of the greatest individual prize in football. Unfortunately, he would be overlooked for the final three-man shortlist in favour of Andrés Iniesta, Lionel Messi and Xavi, all of whom he had eliminated in the Champions League semi-finals.

Fast forward two years to January 2013 and while that trio were in the top four for the Ballon d’Or, Sneijder failed to even make the shortlist. An injury-hit season in 2011/12 had led many to conclude the midfielder was in decline. Things hardly improved during the following campaign, with a contract dispute and problems with the Inter board leaving the Dutchman out in the cold. Just two years on from promoting outcry having been overlooked as the best in the world, Sneijder now found himself unwanted.

In search of love and appreciation, he would leave Italy in the same month as Messi again triumphed in the Ballon d’Or. Galatasaray was his destination, and at just 28, thoughts of the talent possessed by Sneijder had fans salivating. Many top clubs, including Chelsea, Liverpool and PSG, were keen on the midfielder, although his reasoning for choosing Galatasaray centred on winning trophies. There was also the small wish of becoming a club legend in the same mould as none other than the iconic Gheorghe Hagi.

Unlike the Romanian, who joined after a season that saw bitter rivals Fenerbahçe finish some 16 points ahead, Sneijder was fortunate to come into a Galatasaray side already sitting on top of the Süper Lig. Adding a Champions League winner to your squad rarely hinders a title charge – and so it proved. Sitting some five points ahead of Beşiktaş upon his arrival, the Dutchman’s debut would come off the bench in a 2-1 home win over the nearest challengers that set the tone.

Sneijder’s first goal came in late February at home to Orduspor, with his influence already visible at this early stage. Galatasaray were 2-0 down at half time, only for the Dutchman to inspire a second-half comeback. Receiving a cut-back from Hakan Balta on the edge of the area, Sneijder would curl past Saso Fornezzi to start what would become a 4-2 win. 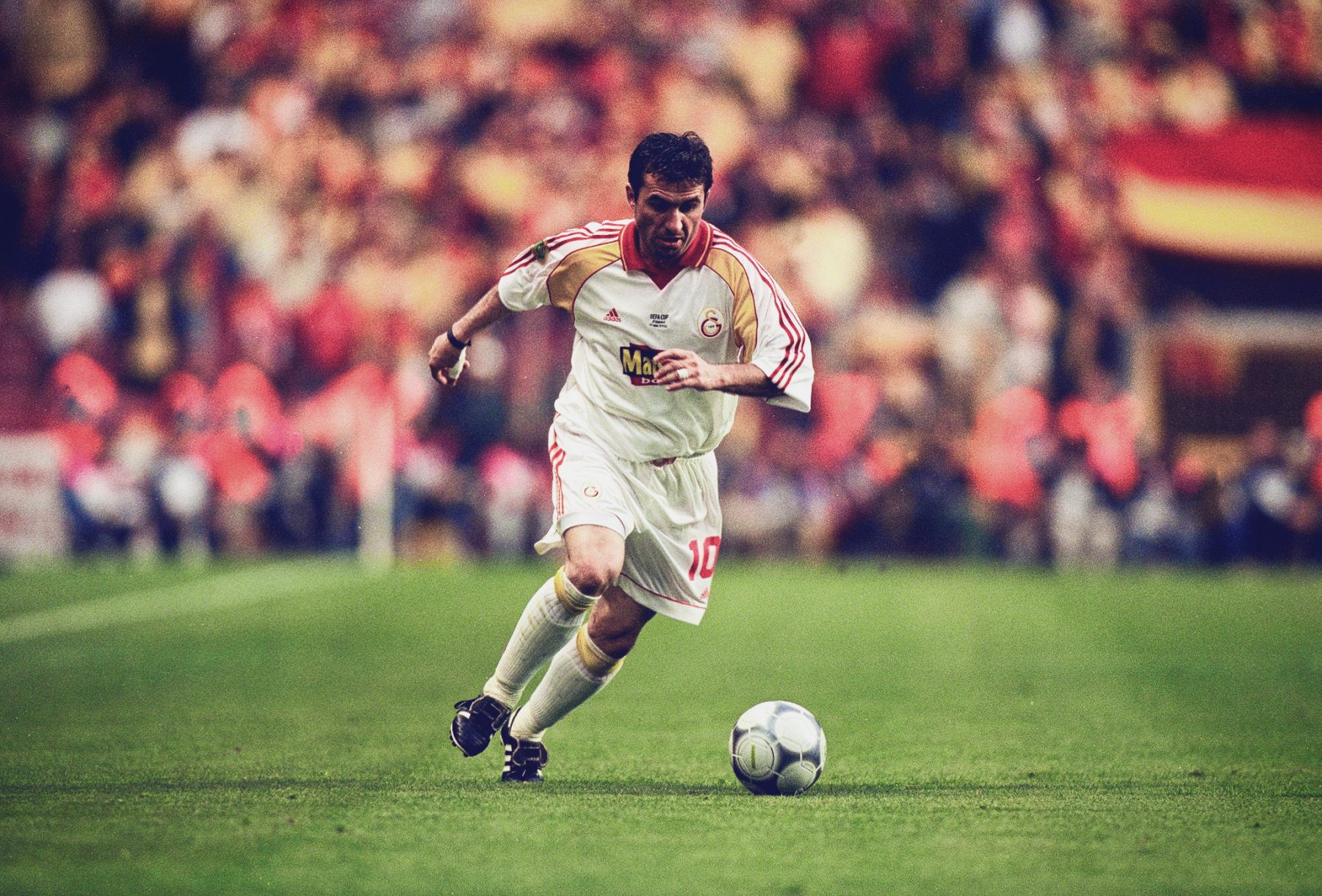 Such leadership helped Gala navigate past Schalke in the last 16 of the Champions League, with the behemoth of Sneijder’s former club Real Madrid awaiting. Unfortunately, a 3-0 crushing defeat at the Bernabéu in the first leg, followed by an away goal from Cristiano Ronaldo after eight minutes in Istanbul, signalled the tie was probably a bridge too far. However, like the Boğaziçi Köprüsü straddling Asia into Europe, and in a show of their renowned spirit, Galatasaray refused to go down without a fight.

Early in the second half, Sneijder received a pass down the left from Selçuk İnan. Holding off Raphaël Varane, the Dutchman rolled diagonally across the box for Emmanuel Eboué to unleash a sublime strike into the top corner. It seemed implausible for any sort of comeback, but Galatasaray fans rarely deal in logic. Sneijder missed a golden chance shortly after, with a mistake by Fábio Coentrão leaving the Dutchman unmarked in the box only to pull shockingly wide.

Shortly after, he reprieved himself: a pass from Sabri saw Sneijder turn on the style. A silky-smooth touch perpetuated a nutmeg on the helpless Varane, before he converted low past Diego López. His former coach Mourinho might have been in the opposing box, but Sneijder still possessed all the quality the Portuguese once relied on.

Sadly, it wasn’t enough to turn the tie, although with the game ending in a 3-2 victory Gala exited with their heads held high. As a consolation, Sneijder would help the league leaders maintain their position, the Dutchman winning a league title in a fourth different country.

He would then require just eight minutes of the 2013/14 season to open his scoring account, steering in from an impossibly narrow angle against Gaziantepspor. A 6-1 home thrashing in a repeat of the Real match in the opening Champions League group game would, however, serve as a reality check. Both Galatasaray and Sneijder would take time to grow into this season.

He would score both goals in the mid-October triumph over Karabükspor, including a late winner from 25 yards that cannoned in off the bar. This was followed up with another in a 4-2 triumph at Kayserispor, as Sneijder opened the scoring by curling into the bottom corner from just inside the box. His growing importance to Gala would be underlined in the final Champions League group match with Juventus, Sneijder scoring the only goal in a snowy Istanbul to send the Turks through at the expense of the Italians. 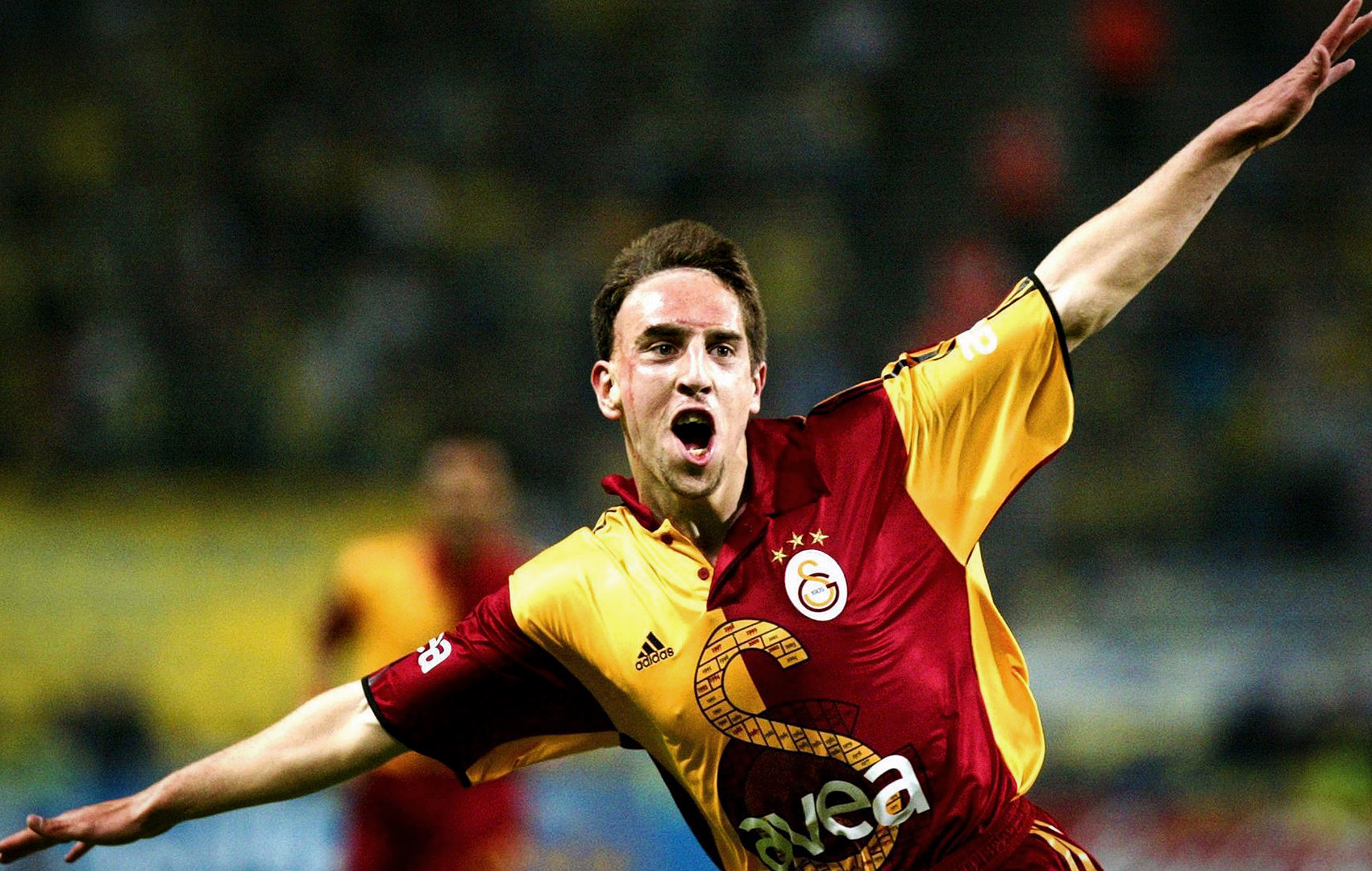 Having been assigned the familiar number 10 shirt previously used by Felipe Melo at the start of the season, Sneijder was really getting into his groove. In February 2014, he would bag a first-half hat-trick in a 6-0 thrashing of Bursaspor. The pick of these was arguably the second, as the Dutchman picked up the ball in midfield before holding off three players and firing an unstoppable left-footed effort into the top corner. The third wasn’t bad either, curling into the other top corner.

Sneijder would also translate this scoring to the Türkiye Kupası, a competition in which he played a major part in a run to the final. The Dutchman would score in both legs of the semi-final with Bursaspor, kickstarting a comeback from 4-2 on aggregate to progress 7-2. There would be no waning of his influence in the final with Eskişehirspor, as Sneijder scored the only goal in a man of the match performance.

Spectacular goals alone weren’t enough in terms of fulfilling Sneijder’s aim of becoming a Galatasaray legend, however. In a match against Fenerbahçe, Gala’s eternal rivals, the midfielder would take his true steps to immortality in Turkey. Sneijder netting the only goal of the game in a memorable win. It would prove irrelevant in the grand scheme of things, though: Gala may have won the battle but ultimately Fener won the war, ending nine points clear.

Revenge would be sought during the following season, in which he served as vice-captain. Despite claiming to be owed over €1m in wages by Galatasaray, Sneijder would not let this distract him. He would register twice in a home triumph over Fenerbahçe in October 2014, breaking the deadlock after unleashing an unstoppable strike from 30 yards to leave Volkan Demirel clawing the air. The Türk Telekom Arena subsequently exploded and Sneijder was lost under a pile of his teammates. As if to underline his talent, just two minutes later he scored a near-identical goal, although this time with the added gilding of having run from his own half.

It is such ability that meant it would always be fairly straightforward for Sneijder to earn a special place in the hearts of Galatasaray fans. Hagi aside, they have rarely been blessed with a player possessing such vision, skill and two-footedness. He would score seven league goals in the second half of the season, including a fine free-kick in April 2015 against Karabükspor. This would culminate in a second league triumph in three years, with Sneijder showing how immersed he was in the club by leading the famous Üçlü Çektiriyor chant in the title celebrations. 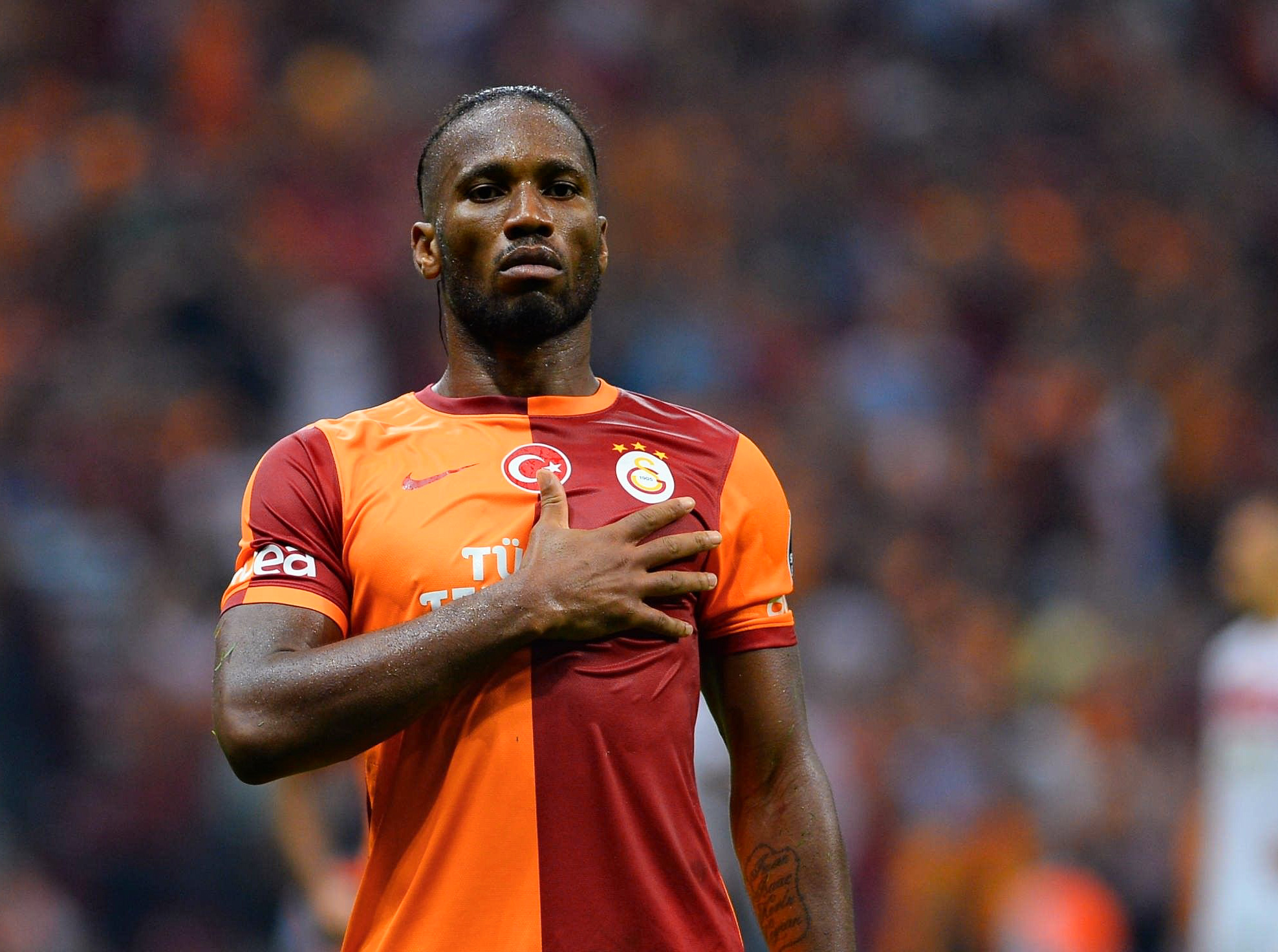 He would also play his part in another victorious cup final, assisting Burak Yilmaz in a 3-2 win over Bursaspor to seal the double. At this point, things appeared harmonious, with a three-year contract extension signed in October 2015 reiterating the Dutchman’s desire to remain at the club for the rest of his career.

Unfortunately, the 2015/16 season would be fraught with difficulties. Galatasaray did retain their Kupa, but endured their worst league season for five years, finishing below the likes of Konyaspor and Osmanlıspor in sixth. Sneijder would also encounter a niggling calf injury towards the end of the season, alongside picking up two suspensions through a series of yellow cards.

A total of 11 yellows in 25 league games would see the Dutchman fined a remarkable €2m by his club, signalling a change in the relationship between Sneijder and Galatasaray. His agent, Guido Albers, stated how it was a ploy to force his client out of the club, while Sneijder remarked how the situation “saddened” him.

Nevertheless, issues with the board would again fail to derail his commitment. He would record a league-best 15 assists in his final season in Turkey, including three in a single game with Alanyaspor on Christmas Day 2016. There would be five goals across the season, including a stunning late consolation in a 3-1 home loss to Kasımpaşa in early May 2017, although another disappointing league campaign saw the club end in fourth.

Sneijder’s final game would come in a 2-1 victory against Konyaspor in early June, and just over a month later, he decided to buy himself out of the remained of his contract. He would enjoy a short spell in Ligue 1 with Nice before ending his career at Qatari outfit Al-Gharafa. Announcing his retirement in August 2019 aged 35, it brought the curtain down on a mixed career. The football world paid tribute to a midfielder who, at the peak of his powers, was one of the best players on the planet. Unfortunately, that he spent what should have been his golden years playing in Turkey was looked upon in some quarters as a waste.

This, however, is a sweeping statement that is thoroughly disrespectful to the Süper Lig. The impact Sneijder made during his four-and-a-half seasons in Istanbul cannot be underestimated. Upon his retirement, Galatasaray fans enormous tribute on social media to a player who is undeniably one of the most gifted to ever wear Cimbom colours. If there was any doubt remaining as to whether Sneijder had obtained legend status in Istanbul, such an outpouring of emotion served to remove it.