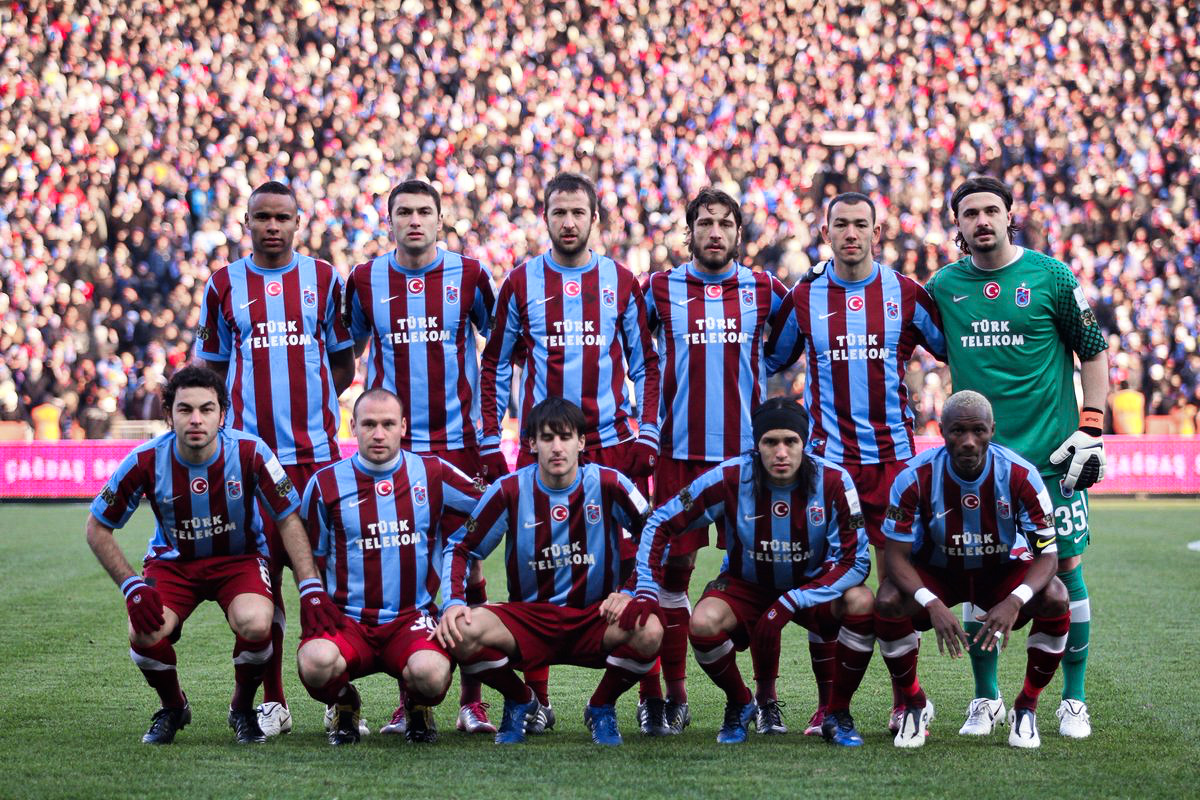 Last month in Istanbul, Ekrem İmamoğlu delivered a major blow to the power of President Erdoğan by winning the re-run of the mayoral elections. Winning Turkey’s most populous city poses major questions of the president, with some stating it is the beginning of the end of his rule. Such stark predictions are not without substance, as Istanbul represents nearly a quarter of the Turkish population and a third of the country’s GDP. Indeed, Erdogan himself once claimed that “whoever wins Istanbul wins Turkey”.

It is with remarkable accuracy that his quote can be applied to the Turkish Süper Lig. In the 61 seasons that the league has existed, such has proved true on 54 occasions. Baring the 2010 miracle of Bursaspor, there has only ever proved to be one repeated challenger from outside Istanbul, fittingly the club supported by İmamoğlu.

He hails from the Black Sea town of Akçaabat, where some 15km up the coast lies the city of Trabzon. With a population of around 750,000, it represents the largest port on Turkey’s Black Sea coast. Historically it served as a stop for traders travelling the Silk Road, spawning a settlement of diverse cultures. The people are renowned for their love of anchovies, alongside famed hot-headedness.

Such characteristics were heavily apparent in the formation of Trabzonspor, the city’s football club. In 1965, Turkish Football Federation (TFF) president Orhan Şeref Apak decided provincial cities should have one main side. Fiercely proud, the two clubs of İdmanocağı and İdmangücü categorically refused to unite, owing to a historic rivalry. It was only the threat of a ban for both clubs that perpetuated the formation of Trabzon Spor Kulübü in August 1967. Issues still existed, though, with five separate meetings required to agree on the neutral light blue and maroon.

If the formation of Trabzonspor had been challenging, then obtaining success would prove quite the opposite. Just six years after their formation, in 1973, Ahmet Suat Özyazıcı guided the team to promotion from the 2. Lig. Within three seasons he had captured the national title, making Trabzonspor the first non-Istanbul club to win the league. 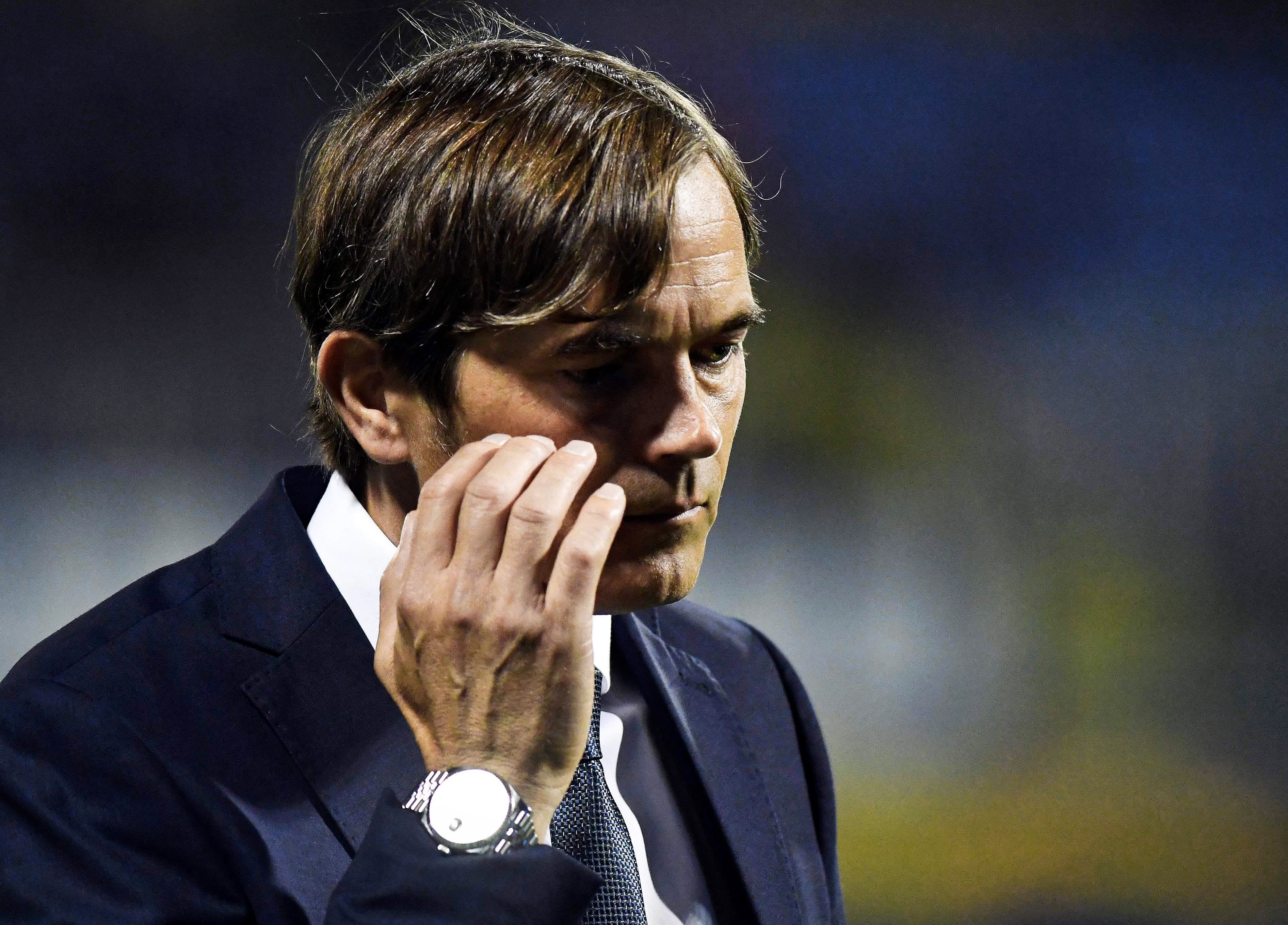 Read  |  Why do so many renowned western European managers fail in Turkey?

As if to prove this success was no fluke, Trabzonspor would go on to retain their league title in 1977, finishing four points ahead of Fenerbahçe. As an added tonic, a 1-0 aggregate win over Beşiktaş brought their first Türkiye Kupası to secure the double. The season would also feature a glamour tie with eventual European champions Liverpool, who were sensationally beaten 1-0 in Trabzon courtesy of an early penalty from Cemil Usta. The second leg was lost 3-0 as Liverpool asserted their superiority at Anfield.

Nevertheless, it was still an exceptionally talented group of players. They would start the 1977/78 season by winning the Super Cup, and end it by defending their Kupa. Unfortunately, they would lose out to Fenerbahçe by a single point in the title race but, undeterred, would then sweep all in their domestic path aside to lift the league for the next three seasons, between 1979 and 1981.

Central to this was Özyazıcı, the catalytic figure behind what remains the only prolonged questioning of the supremacy of Istanbul’s big three. Relying on tactics affectionally termed in Turkey as Brazilian, Özyazıcı built his team on a solid defence that had a reputation for not conceding. Management duties would later alternate with Özkan Sümer, although this did little to disrupt the team contemporarily referred to as Efsanesi (Legend).

Even to those too young to have witnessed them in the flesh, the mere mention of squad members evokes strong feelings. Right-back Turgay Semercioğlu and centre-half Necati Özçağlayan both spent their entire careers at Trabzonspor, partaking in all six championship wins. There was also current national team coach Şenol Güneş, who played as a goalkeeper and still holds the Süper Lig record for the longest run without conceding a goal – over 18 hours of play.

Providing the threat at the other end was striker Hüseyin Tok, later joined by Necmi Perekli and winger Ali Kemal Denizci. The latter was the first Trabzonspor player to represent Turkey at international level, renowned for his pace and trickery. He helped with the title wins of 1976 and 1977 before being controversially sold to Fenerbahçe for financial reasons. Denizci was reluctant to go, with fans organising a large protest and children queueing to wish him goodbye. 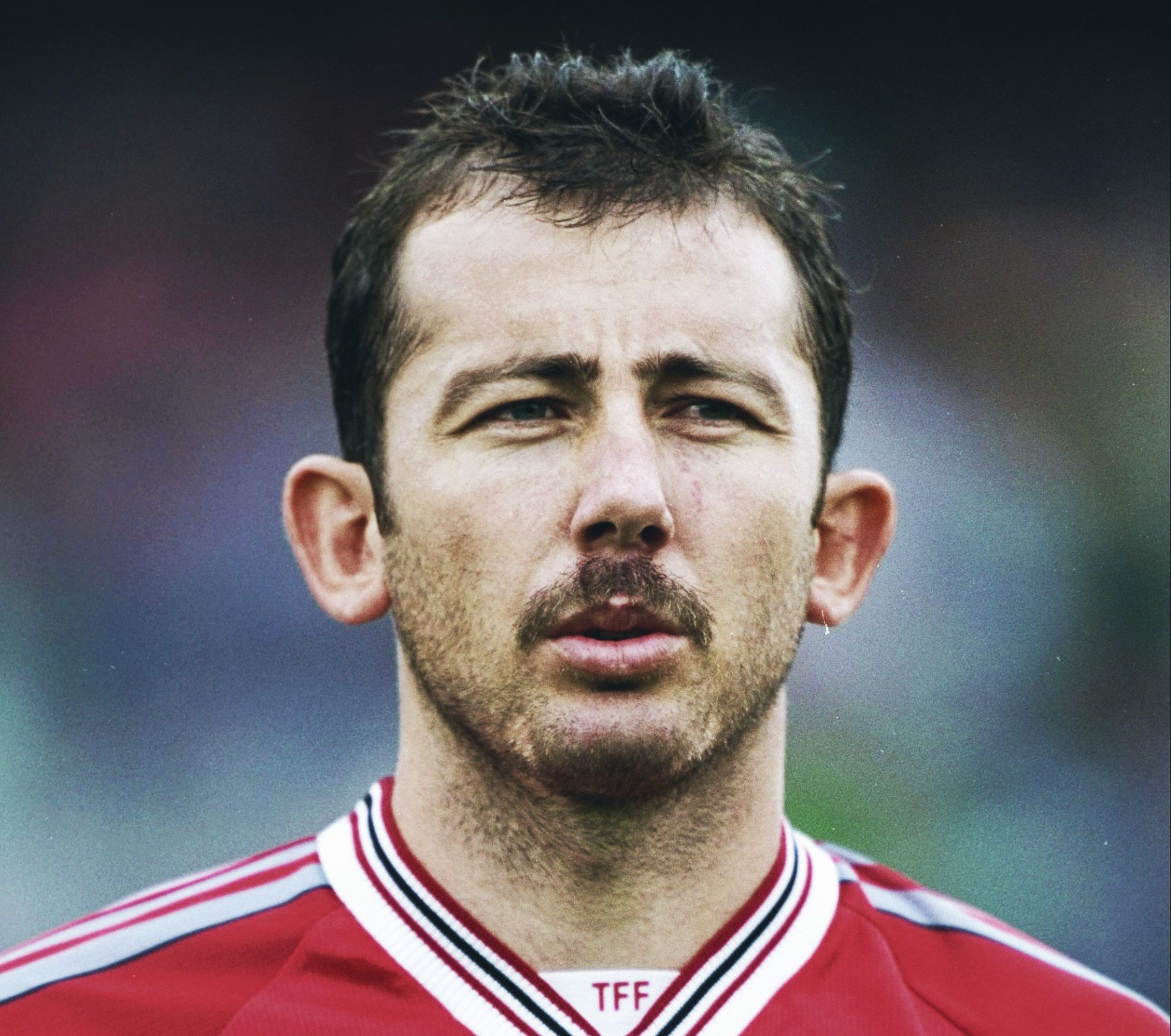 This is a good example of what this group of players represented; namely not so much a football team as a family. Practically all the squad were born and raised in and around Trabzon, spending time together off the pitch and living in the same neighbourhood. Such a tremendous sense of camaraderie extended to training, where players would go on runs through the streets. Özyazıcı would follow in his car and honk his horn if anyone was seen to be slacking.

Naturally, the departure of such a charismatic figure was sure to be a testing time for Trabzonspor, and when Özyazıcı left in 1984, the club fell into a position they have unfortunately occupied in recent times. Trabzonspor are seen as the best of the rest in Turkey, with an unfortunate knack of being close, but not close enough. During the 1990s the lowest they finished was fourth, coming within three games of the title in 1996.

There were two cup wins, in 1992 and 1995, largely driven by the brilliance of Hami Mandıralı. A disastrous 14th-place finish in 2002 saw Trabzonspor just three points off relegation. Nevertheless, the following two seasons would end in Kupa triumphs, and by 2005 a squad containing Fatih Tekke, Gökdeniz Karadeniz and Ibrahima Yattara would endure another narrow miss to Fenerbahçe.

This would serve to foreshadow something that is a topic as raw today as it was nearly a decade ago. In 2010/11, Trabzonspor ended in the familiar position of Super Lig runners-up – again to Fener – although it wasn’t as simple as before. At the halfway stage of the season, Trabzonspor sat top, nine points ahead of Fenerbahce, and things appeared well. This was, however, not allowing for a remarkable turnaround from the Istanbul outfit, who went on to win all bar one of their remaining 17 league games and claim the title on goal difference.

This wasn’t the end of the story, with the summer of 2011 seeing an enormous match-fixing investigation take place in Turkey. UEFA ultimately declared Fenerbahçe guilty, expelling them from the following season’s Champions League, replaced by Trabzonspor. What caused issue was the TFF failing to follow suit.

The evidence would appear rather overwhelming that Fenerbahçe bought the title, but it was never revoked and awarded to Trabzonspor. As mentioned, the people of Trabzon are notorious for their fiery tempers, and such an injustice has been used as justification for a series of flashpoints over the following years. 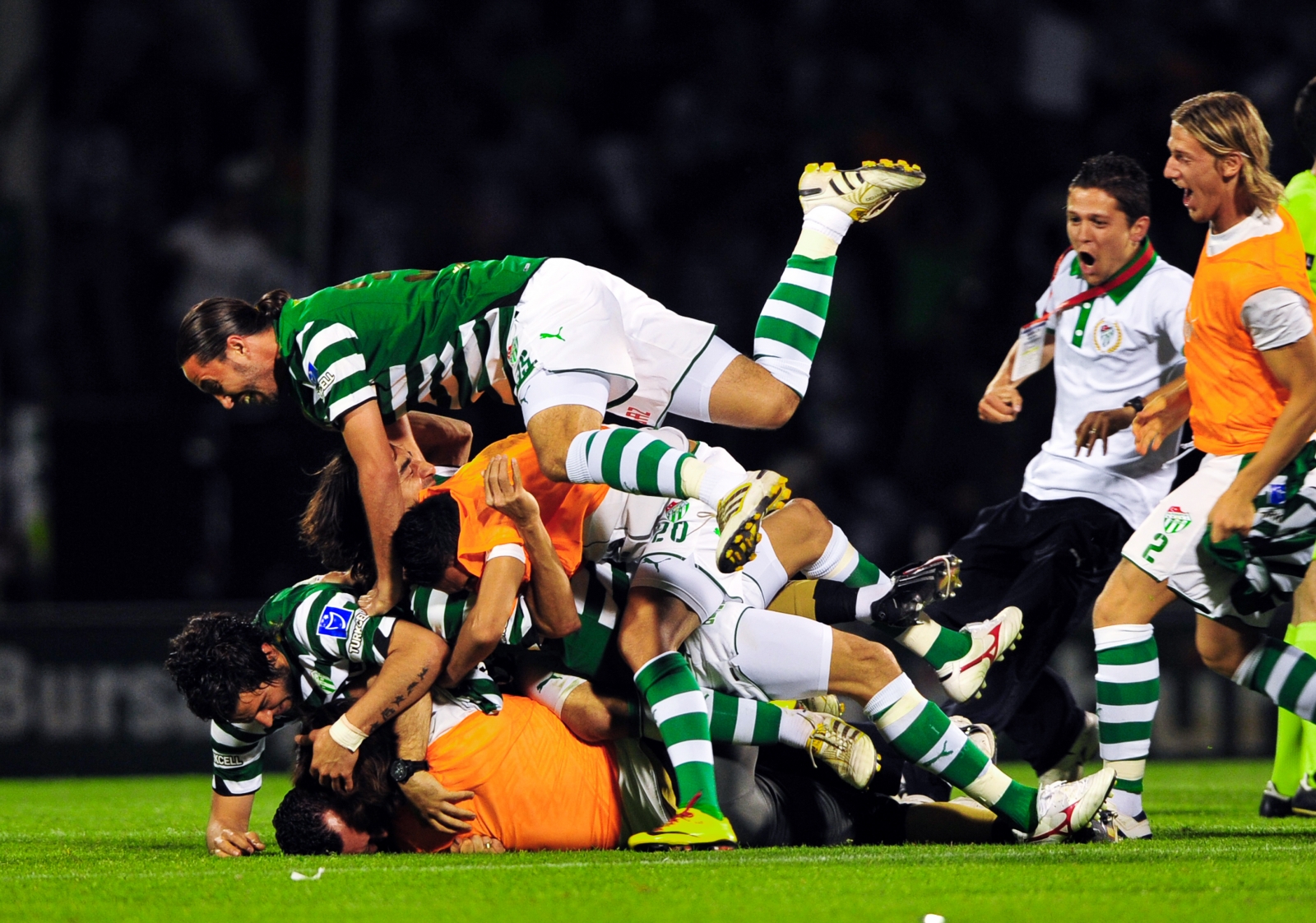 Read  |  How Bursaspor, against the odds, defied Turkey’s big three to lift the 2009/10 Süper Lig title

After a 2-2 draw with Gaziantepspor in November 2015, in which referee Çağatay Şahan failed to award a late penalty, incensed club president İbrahim Hacıosmanoğlu locked the referee and his assistants in their dressing room overnight. They were eventually released at 4am, although this was only after a phone call from President Erdoğan.

Further memorable incidents would come later that season. Having already had three players sent off against Galatasaray in February 2016, defender Salih Dursun took the referee’s red card and sarcastically brandished it in his face. Two months later, a clash with Fenerbahçe was called off after a fan ran onto the pitch, pushing referee Volkan Bayarslan to the ground and punching him repeatedly.

The madness of these incidents is the main thing associated with Turkish football by some foreign onlookers, but it is worth considering their context. Such is the anger Trabzonspor fans feel regarding the 2011 title, in the city, such occasions are praised. Many fans defended the attack on the referee – something they believe is, by extension, an attack on the TFF – whilst Dursun saw a street renamed to honour his defiance of the authorities, which are always perceived as being against Trabzon.

Recent years have seen more of the same also-ran story, with a brief flirtation with the title last season ending in a disappointing fifth. Nevertheless, local talent is once again at the forefront, with Abdülkadir Ömür and Yusuf Yazıcı shining as two promising attackers. Both are destined for big things in the game, but unfortunately for their people, it is likely that both futures lie away from the Black Sea.

This brings us back to İmamoğlu. A goalkeeper in his youth, he grew up idolising Şenol Güneş, hoping to follow in his footsteps by playing for Trabzonspor. In an interview he gave with newspaper Hurriyet earlier this year, İmamoğlu compared the position to politics: “If your voice is strong, you direct the game.” How Trabzonspor fans hope his conquering of Istanbul is a subliminal message for the upcoming season.