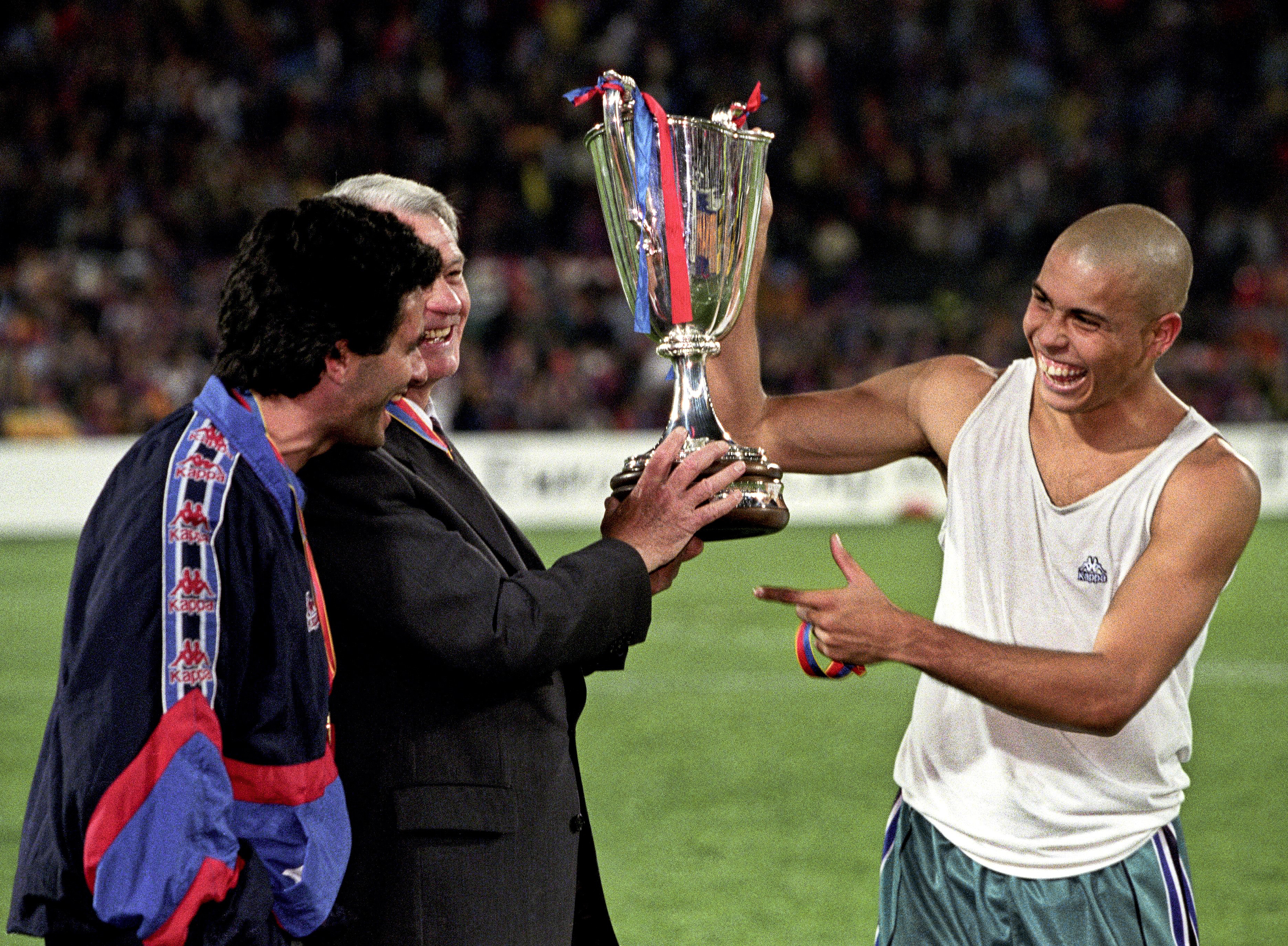 Most of the great football tournaments start with a dynasty. Think Preston North End, the Invincibles and the First Division. Or how about Alfredo Di Stéfano’s Real Madrid, who dominated the early years of the European Cup. In Serie A, it was Genoa – brimming with English expats and originally a cricket club – who took home six of the first seven championships.

All of these competitions required an all-conquering team in its early editions. It sent out a message to any challengers: this is a piece of silverware that’s worth winning. But there’s one tournament that clearly doesn’t fit into this pattern because, during its 39-year history, no team ever managed to retain it. Enter the Cup Winners’ Cup.

Fiorentina were the inaugural winners of UEFA’s new bauble. Founded in 1960, the Cup Winners’ Cup would function in a similar way to the European Cup, with domestic cup holders invited to compete from each member nation. As with the more prestigious tournament, the Cup Winners’ Cup was initially treated with scepticism, and the Italians only had to get past three teams to claim the first title.

But with clubs across the continent increasingly becoming convinced by the merits of European football, the take-up was universal the following season and the reigning champions made it through to another final, where they would meet Atlético Madrid. Despite the best efforts of Swedish star Kurt Hamrin for La Viola, the Spanish side emerged victorious in a replay. And thus began the curse of the holder.

It was to strike again 12 months later, when Atlético were demolished 5-1 by Tottenham, who were in their Bill Nicholson and Jimmy Greaves-inspired heyday.

Unlike in the European Cup, where Real Madrid would treat the famous trophy almost as if it was their own possession, the Cup Winners’ Cup would go on to live a nomadic lifestyle. The holders automatically qualified the following season, but because the European Cup was the most prestigious tournament, it often subsumed teams which had qualified for more than one continental competition.

Listen  |  In celebration of the Cup Winners’ Cup, a tournament like no other

This was the case in 1968 when AC Milan opted not to defend their crown – and it would happen several more times down the years. The lack of a Benfica, Inter, Ajax or Bayern-shaped superpower ensured a wonderful variety of winners in the first decade of the cup’s existence. Indeed, it wasn’t until Milan edged out Leeds in Thessaloniki in 1973 that a club had managed to claim the Cup Winners’ Cup more than once.

The Rossoneri were back to defend their title a year later. One legendary manager – Nereo Rocco – had departed and, despite the presence of Gianni Rivera, this wasn’t a classic Milan vintage. The Italians had eased their way to the latter stages with victories over Dinamo Zagreb, Rapid Vienna and PAOK. A tight semi-final win over the up-and-coming West Germans Borussia Mönchengladbach secured passage through to the decider in Rotterdam. In their way was a team from the other side of the wall: FDGB-Pokal winners, FC Magdeburg.

The East Germans had shocked Sporting CP to make it to the showpiece event, and they were to pull off another stunning result in the Dutch port city. Enrico Lanzi’s own goal gave the outsiders a half-time lead, before Wolfgang Seguin secured what would be the only European title for the communist state.

But Magdeburg had also clinched the East German title in the same season, and they would not be back to try and make it two out of two. Ditto the next winners: Valeriy Lobanovskiy’s fabled Dynamo Kyiv.

There’s a tendency to consider Belgium a footballing backwater before the current generation came through. But Club Brugge reached a European Cup final in 1978, while Anderlecht won two Cup Winners’ Cups in the space of three seasons.

Spearheaded by Arie Haan, Rob Rensenbrink and Franky Vercauteren, the Brussels club swept away West Ham in 1976 and thrashed Austria Vienna in 1978. Sandwiched in between those glory years was another trip to the final, but two late goals in Amsterdam saw Hamburg deny the Belgians their small piece of footballing history.

That began a run of nine consecutive seasons when the champions failed to make an impression, and between 1984 and 1986 they were absent altogether. While Juventus emulated their Italian rivals Milan by following up a Cup Winners’ Cup win with a European Cup, their successors Everton were then banned from Europe following the Heysel disaster.

Ajax – featuring much of the side that would go on to claim glory at Euro 88 – added the trophy to their bulging cabinet in 1987, but a year later they were shocked in the final by unfashionable Belgians, KV Mechelen.

The creation of the Champions League in 1992 was to ultimately spell the death knell for UEFA’s second-tier trophy. Although the old format of one team per nation would remain for another couple of seasons, once multiple entrants were permitted, the quality of the Cup Winners’ Cup was gradually diluted.

Whereas Spain, the Netherlands and Germany could once enter Barcelona, Ajax and Bayern Munich, the likes of Real Betis, Roda and Duisburg were now taking part instead – not as domestic cup winners, but runners-up. On one occasion, a semi-finalist – Heerenveen – was invited to compete, as the two KNVB Cup finalists had already qualified for the Champions League.

Perhaps due to the increased lack of serious competition, the final few tournaments saw three more winners reach a final and then lose. Nevio Scala’s Parma had added Gianfranco Zola to a strikeforce already containing Faustino Asprilla and Thomas Brolin and looked a good bet to become the first club to retain the trophy in 1994 after defeating Royal Antwerp the previous year. Arsenal had other ideas, however, with Alan Smith’s volley settling a tight final in Paris. 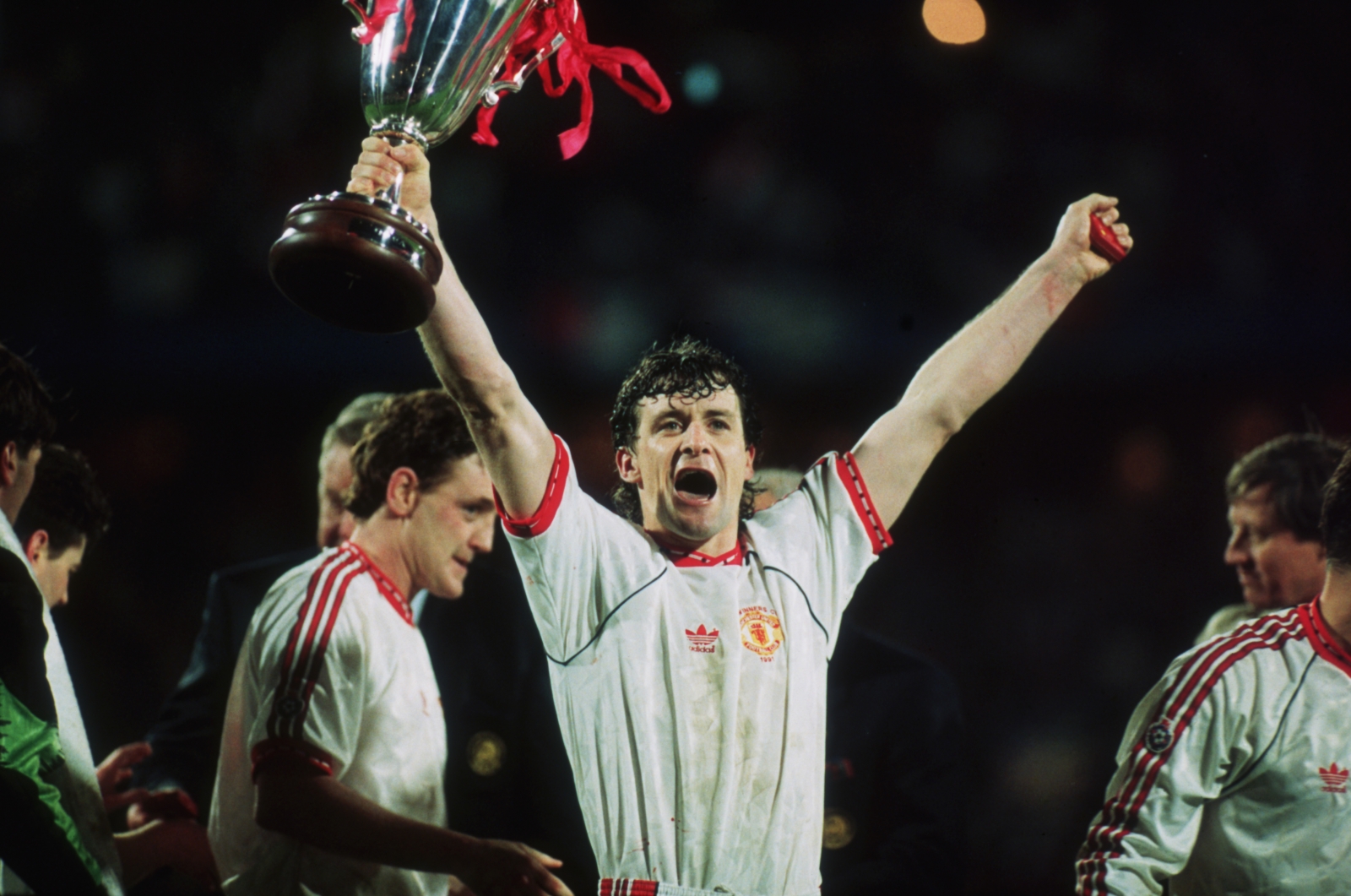 The Gunners were favourites the following season, but the curse struck yet again deep into injury time when former Spurs midfielder Nayim lobbed David Seaman from the halfway line. Three years on, another 1-0 scoreline – this time in favour of four-time winners Barcelona – would deny Paris Saint-Germain a title repeat.

UEFA announced that the competition would be scrapped after the 1998/99 season. Reigning champions Chelsea qualified for the final edition, alongside Paris Saint-Germain, big-spending Lazio and losing Copa del Rey finalists Real Mallorca. Under the tutelage of Gianluca Vialli, the Blues had established a reputation as a fashionable, cosmopolitan club and looked good value to end the Cup Winners’ Cup hoodoo in the nick of time.

The Londoners eked out a couple of wins in the early stages against Helsingborg and Copenhagen, before destroying Vålerenga 6-2 on aggregate to book a place in the semi-final. There they would meet Mallorca, who were competing in Europe for the very first time. After a 1-1 draw at Stamford Bridge, Los Bermellones sprung a major shock in Palma, winning 1-0 and dumping the champions out.

The Spaniards would go on to lose to Lazio in the final, with 23-year-old Alessandro Nesta becoming the last captain to get his hands on the old silver trophy.

The Cup Winners’ Cup was contested on 39 separate occasions but was never retained. Eight reigning champions fell at the final hurdle in their title defence, although a further eight did not even compete in the tournament the following season. While the first number perhaps explains why so many across the continent fell in love with this enigmatic competition, the second attests to why the curtain was finally brought down on it.