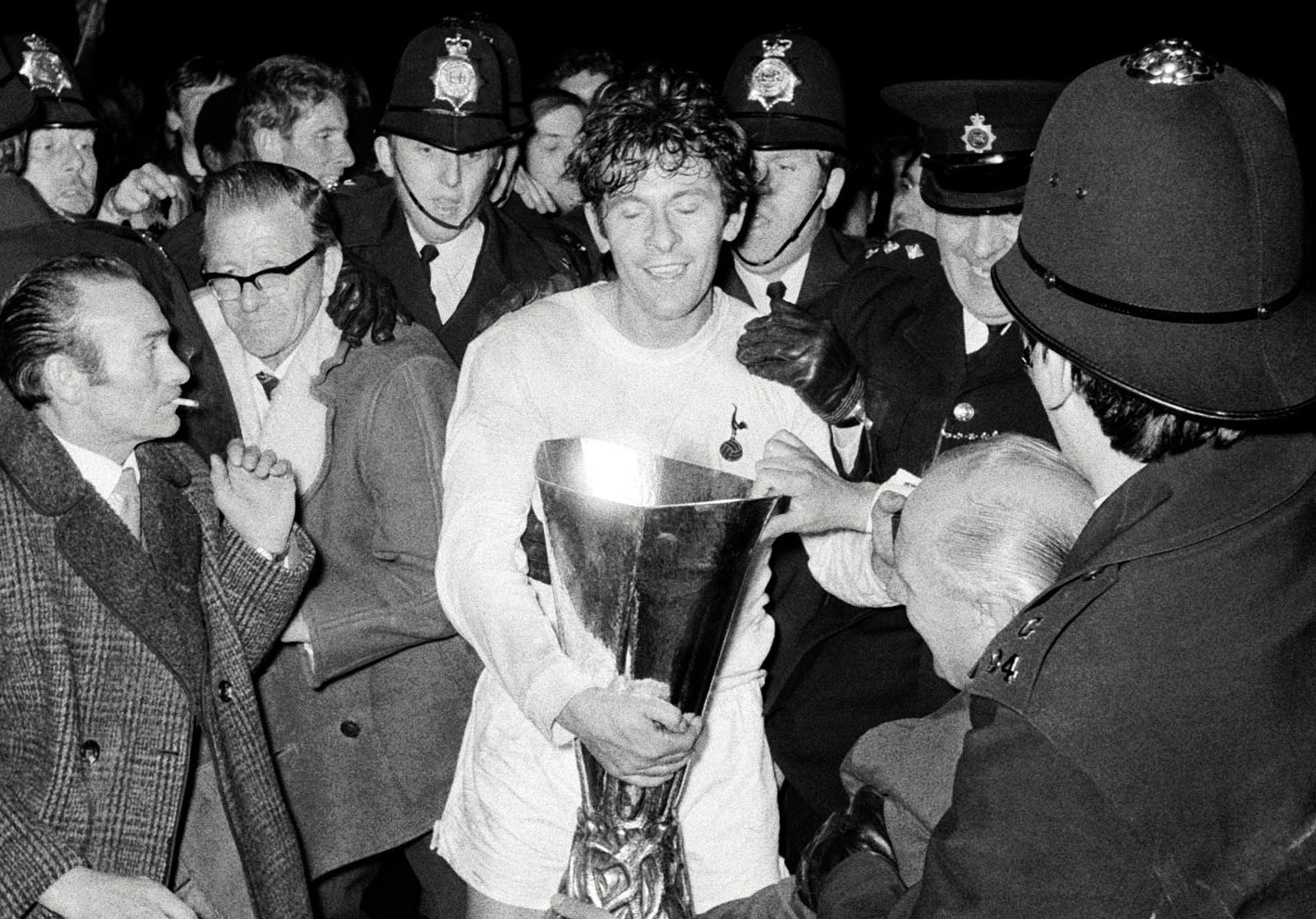 It’s 17 May 1972. Tottenham are 29 minutes into the second leg of their UEFA Cup final against Wolves and Martin Peters is standing over a set piece, legs wide and eyes trained firmly on the box. It seems innocuous enough as Alan Gilzean and Martin Chivers – the Spurs strikers that evening – dart to the near post.

But amid the defensive confusion, Alan Mullery ghosts unmarked into the six-yard box and stoops low to meet Peters’ ball with a diving header. It’s in. The fans are jubilant. Spurs have just gone 3-1 ahead on aggregate in the final. Mullery is thoroughly spent, lying face down on the turf as Gilzean and Chivers drag him off the ground.

The Tottenham captain had just scored what proved to be his final goal in the Lilywhite of north London, the glorious crescendo of a season that had come full circle. Beginning with a 2-2 draw at Molineux in August 1971, Mullery ended the campaign hoisted aloft on his teammates’ shoulders, a gleaming UEFA Cup in his hands after a 1-1 draw at White Hart Lane nine months later against the same opposition.

Such a romantic swansong, though, may never have been. A recurrent stomach injury and abrupt decline in form ushered in dark clouds of doubt to shroud the end of Mullery’s eight-year Spurs career. European glory-chasing Tottenham became relegation-threatened Fulham as the midfielder left on loan in March under circumstances out of his control.

Many – Bill Nicholson, the fans and Mullery himself – believed he’d met his untimely demise. No goodbye, no god bless and no closure to a large portion of his life in which he was so emotionally invested. But a John Pratt broken nose deep into an unprecedented injury crisis proved his saving grace and Mullery was recalled to the fold a solitary day before the UEFA Cup semi-final. He got his closure.

Born in Notting Hill in 1941, Mullery was the son of an electrician and avid footballer, cricketer and boxer. Football was his passion, though, and by 1956, aged 15, he signed for Fulham on the groundstaff, then a promotion-chasing Division Two side. Two years of training and boot-scrubbing elapsed before he signed his first professional contract. By the time Nicholson came calling in 1964, Mullery had a wealth of experience from his six full seasons, convincing Spurs to part with £72,500, a record for a player in his position.

Tottenham, however, were in transition. Nicholson was deep into the process of replacing key members of 1961’s double winners – without yet finding a winning formula – and the club had finished third, second and fourth in the years since. It was a tough environment to enter. 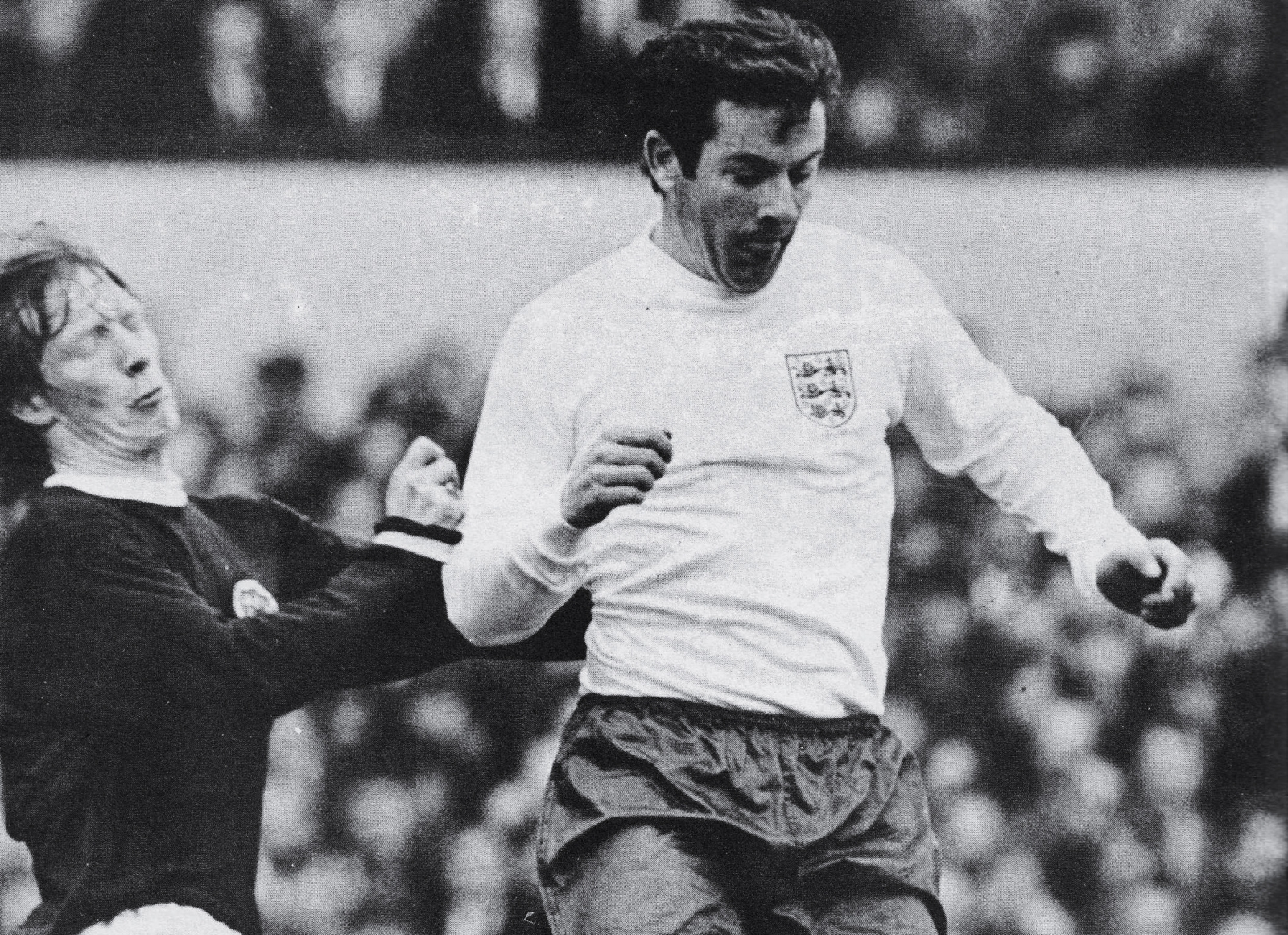 Read  |  Remembering Alan Mullery, the first player to be sent off for England

To compound the thanklessness of his task, Mullery was signed to replace Danny Blanchflower. Imagine having to fill those boots. Spurs’ inspirational double-winning captain and the same Blanchflower that said “the game is about glory” and “doing things in style and with a flourish”. The heaviest of legacies.

Mullery never quite found that same flourish. He wasn’t particularly stylish either. He was a tough tackling, energetic midfielder who was cut from a different cloth to Blanchflower. Perhaps, then, it was futile to try.

But this is the beauty of time. Once fans digested that Mullery wouldn’t quite resemble their hero, they could move on. And by the start of 1965/66 – his second season – Mullery was ingratiated. The team had morphed and Mullery had become the centrepiece, the beating heart of a dynamic midfield, offering energy, passion and aggression in abundance.

Fast forward to 1971 – with a League and FA Cup to show – and Mullery was consistency personified, an influential personality and an essential cog of a side now back in sync after a period of flux. He’d found his inner Blanchflower. A respected figure, Nicholson recognised as much when he appointed him club captain in 1967 after Dave Mackay’s transfer to Derby.

Mullery, though, had a secret. He’d suffered from stomach pains throughout the 1971/72 season and was reluctant to tell Nicholson. Deep heat treatment twice daily had failed and an x-ray showed no signs of a break, so specialists concluded that pelvic muscles were the issue. They controlled everything; the ability to run, pass, stop and start. The situation peaked in a 2-0 defeat to Stoke in October 1971 and the pain was finally too much. He had to tell Nicholson.

“In my mind I began to worry,” Mullery told Hunter Davies in his book The Glory Game. “I look upon myself as one of the fittest in the team normally, yet I found myself unable to do things I normally do.” He was forced into a six-week absence, but his eagerness to return reset his recovery to square one and he had to rest for longer this time – much longer.

With Spurs’ form improving over the New Year – two consecutive losses to end 1971 became one defeat in the subsequent 14 – and Pratt impressing in his absence, Mullery’s situation looked bleak. The old custom was for injured players to immediately reclaim their starting spot, no questions asked, but with Nicholson reluctant to tinker with a successful side and four reserve team pain-free games under his belt, Mullery grew increasingly convinced that he’d be the exception to the rule. He panicked. 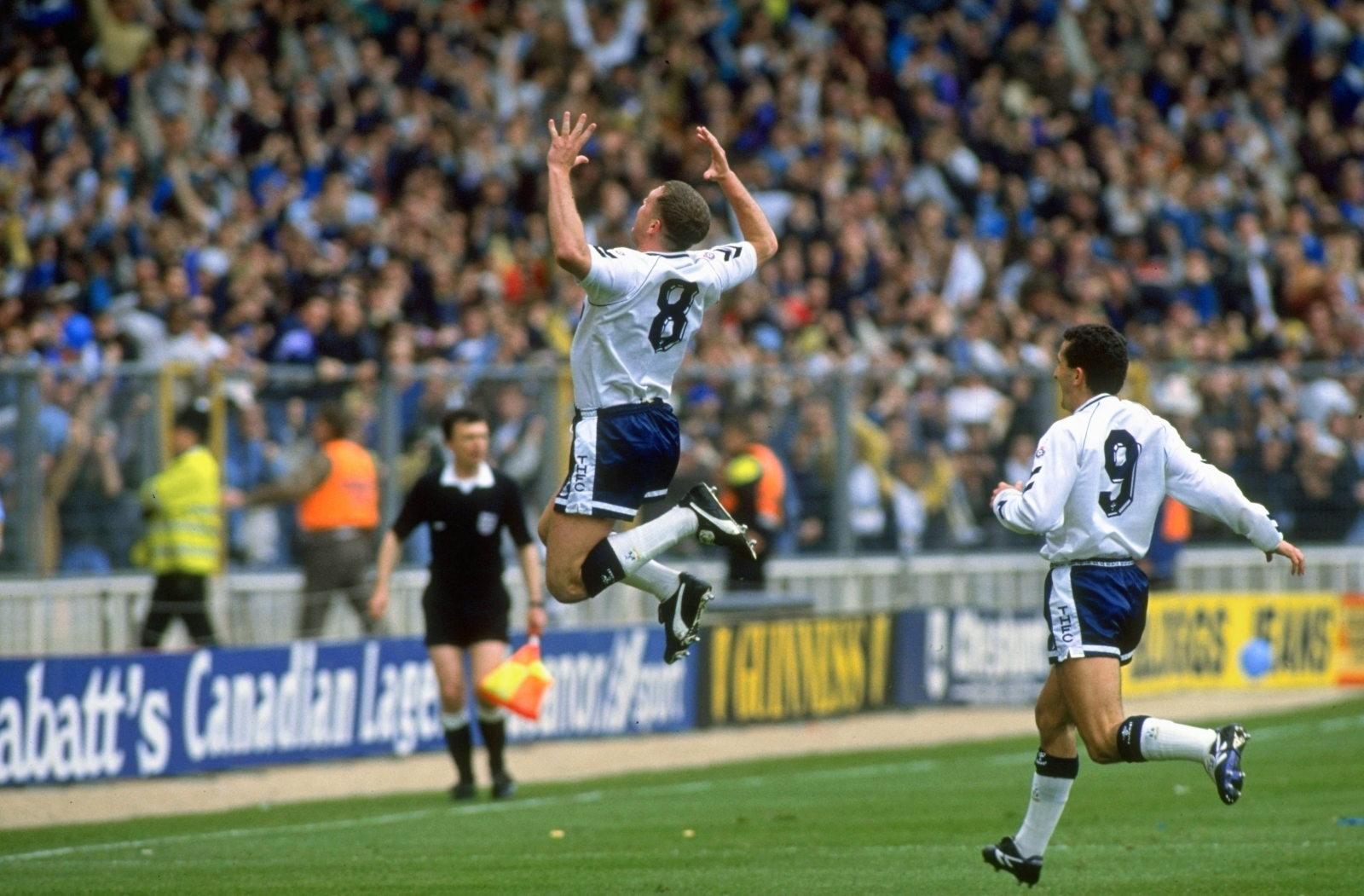 Read  |  The one-two football of Tottenham over the decades: a documentary featuring Greaves, Hoddle, Gascoigne and more

“I need to play,” he said. “I must have competition. I’ve had too many good years at Tottenham to play in the reserves.” And that was that. The following day, Mullery packed his bags for Fulham, his career returning to the club where it had begun 15 years earlier as a wide-eyed teenager. Thus, while Spurs lost 1-0 at home to Derby on 11 March, Mullery was travelling second-class with the relegation-threatened Cottagers of Division Two, en route to a 4-0 drubbing at Hull.

But that’s not closure, is it? Spurs were still alive in Europe and Mullery had unfinished business in north London. “Tottenham is still the only club I want to play for,” he said. Perhaps that was wishful thinking, though, as Mullery envisaged seeing out the season by staving off relegation with Division Two Fulham before quietly completing a permanent transfer in the summer. “Surely the end doesn’t come like this?” he lamented. “I get an injury and suddenly, wham, I’m an overnight failure?”

With Mullery’s loan ending in April and Tottenham in a run of four games in six days, Nicholson decided to do what he never does and tamper with his side. It didn’t work. Not only did Spurs pick up just two points from three games, several players suffered injuries. Crucially, Pratt broke his nose. The day before the UEFA Cup semi-final first leg against AC Milan, Nicholson made a phone call. He needed his captain.

Was it Nicholson’s innate desire to bring Mullery back that prompted him to deviate from his modus operandi and tinker? Perhaps it simply was just a lucky break. It didn’t matter – Mullery was getting his closure.

He got it in the most dramatic of ways. With the first leg victory giving Spurs a slender 2-1 advantage to take to the San Siro, Milan dominated the early exchanges of the second leg. Tottenham’s defence looked porous and Nicholson worried in the dugout. Step forward Alan Mullery. It could only have been him. The captain, back from beyond the grave, sent a powerful first-time shot beyond goalkeeper Fabio Cudicini to make it 1-0 Spurs after seven minutes. Milan now needed three goals to win.

It seemed inevitable that Mullery would score again in the final, a definitive contribution befitting an influential captain, enshrining him as a legend in the club’s history books before he was permanently transferred to Fulham that summer. The crowning glory on a marvellous Tottenham career that forever protects his legacy.

This was Mullery’s romantic closure. The resolution of an emotional eight years, allowing it to rest peacefully in his psyche, untouched again without loose ends. It was his essential sense of finality, a letting go of what once was. Without closure, the mind can wander interminably through a foggy wilderness of what ifs to a point where it becomes mentally burdensome. Mullery rose and then fell, before rising again to give one final parting gift to the fans that so adored him. It was the perfect ending.