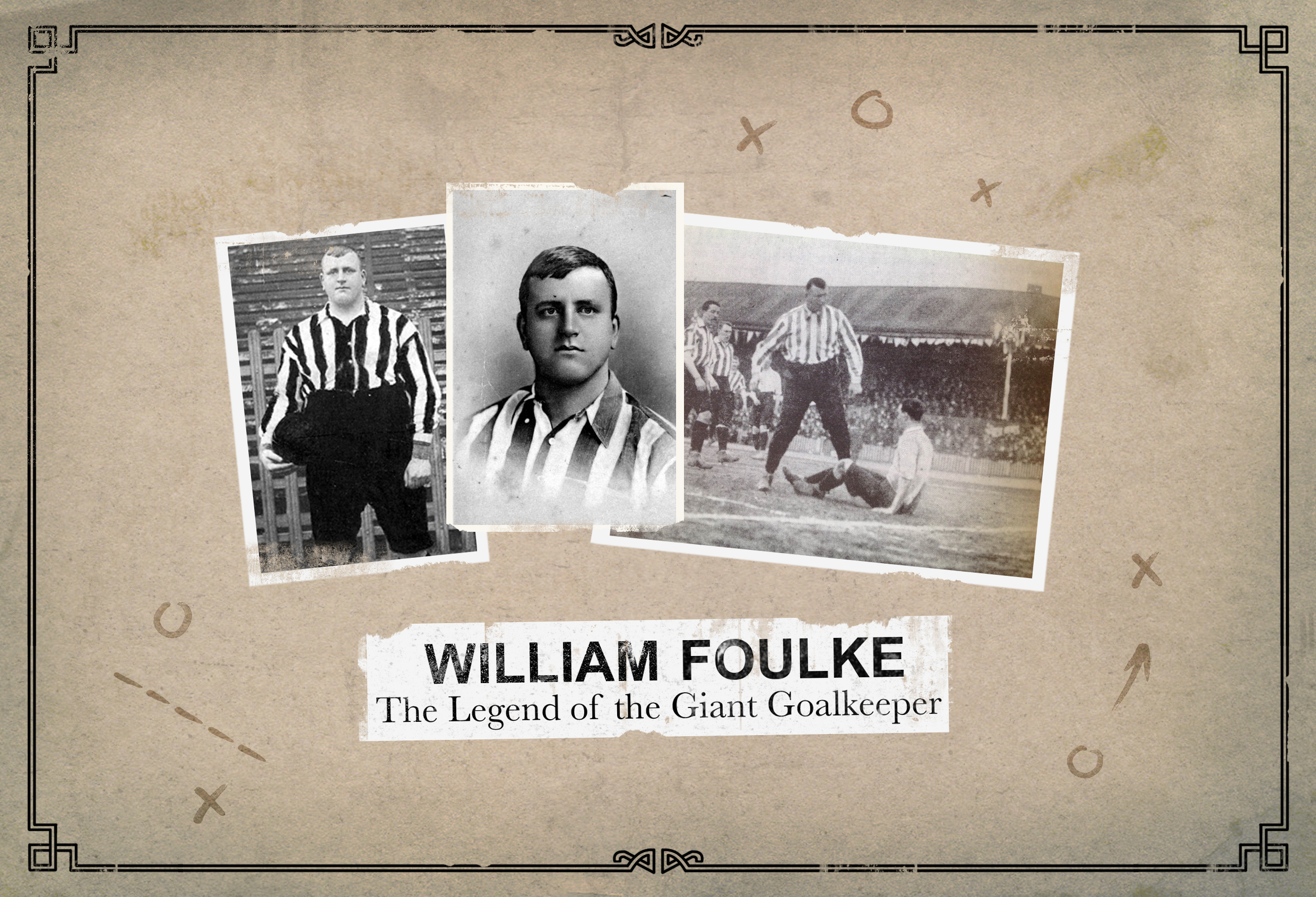 Some men are giant in physical size alone; their height, width, their immense defining proportions. Others are giant in personality; their enrapturing character, their inimitable nature. William “Fatty” Foulke, the goalkeeper who rose to legend while lending his services to both the beautiful game and its bat-wielding, ball-tossing cousin, cricket, throughout the late-19th and early-20th centuries, was unequivocally giant in every regard, in body and in spirit, and left behind a legacy which few from his era can hold a flame to.

William Henry Foulke — all six foot four inch and 150kg of him — first tended goal for his local team, the now-defunct Blackwell Miners Welfare FC in the mid-1890s, and it was during this time he was spotted by scouts sent south by a burgeoning side based some 20 miles to the north by the name of Sheffield United. He signed for the Blades in 1894, just five years after the club’s founding, and soon became one of their first prominent on-field heroes.

Across 11 seasons spent in Sheffield, Foulke stacked up over 350 appearances; made all the more significant by his winning of the First Division in 1898 and two FA Cups in 1899 and 1902, further supplemented by three runners-up finishes – twice in the league and once more in the cup – in the intervening years.

His omnipresence in a team as successful as the early Sheffield United, in the aforementioned years in particular, should seek to underline Foulke’s undeniable talents. Though, such is humanity’s penchant for enrapturing narratives in place of cold hard data, it is tales of the sort Foulke instigated at the climax of his last FA Cup final that remain the most essential aspect of any retrospective of his career.

In 1902, Sheffield United had dispatched Northampton Town, Bolton, Newcastle and Derby en route to their third final in four years. There, at the late Crystal Palace ground that hosted every FA Cup final from 1895 to 1914, Sheffield United faced a Southampton side looking to avenge their loss at the last hurdle, to Bury, two years previous.

The centre-forward who would soon after become the world’s first £1,000-player, Alf Common, opened the scoring for United in the second half before an equaliser, just two minutes from time, was found by Southampton captain Harry Wood. The late goal not only established parity but sparked pandemonium among fans and one player in particular: William Foulke became incensed. 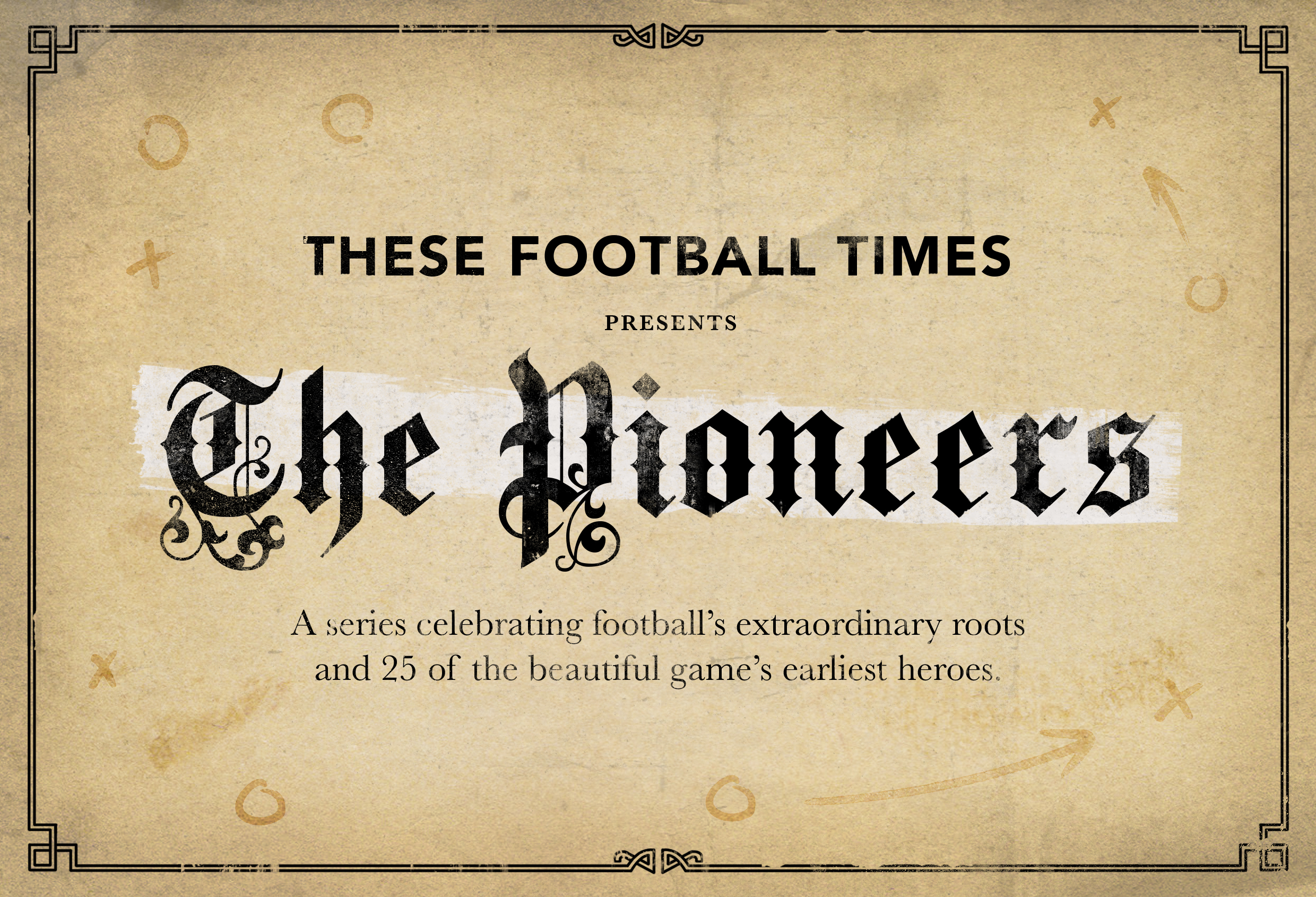 Wood had been kneeling, inconspicuously tying his laces, when the ball found its way to him. He swiftly leapt to his feet, received the ball and buried it into the goal behind Foulke. The United stopper didn’t initially seem too concerned, as it was clear to him that Wood, as a result of his need to see to his unlaced boots, was in an offside position. The referee, however, after consulting with his assistant, decided the ball had reached Wood only by way of a deflection from a defender, thus playing him onside and making his goal a legal one. One apiece the score would stay.

This, Foulke seemed to believe, was a gross injustice, potentially denying himself and his Sheffield United teammates a perfectly valid FA Cup victory, and decided he would not depart the stadium without the referee having been made acutely aware of his feelings of opposition.

As retold in David Bull’s Match of the Millennium: The Saints’ 100 Most Memorable Matches, Foulke left his team’s dressing room in search of the referee’s quarters, undeterred by his own lack of clothing. Upon his being apprehended by the hulking, severely distressed and presently nude Foulke, the referee, Mr. T. Kirkham, took refuge in a nearby broom closet and left only after Foulke had been thwarted by a group of FA officials in his attempts to tear the closet door from his hinges.

Fortunately for Foulke, and anybody who may have inadvertently found themselves on his warpath had that particular FA Cup have ended up in Southampton hands, Sheffield United won the subsequent replay by two goals to one and Foulke received his second winners medal. Thankfully, Kirkham, who valiantly officiated the rematch a week later, lived to referee another day.

Throughout a collection of published and online sources, a thrilling menagerie of claims are made about the various happenings and habits of Foulke. One such book states that the famous “Who Ate All The Pies?” chant began on the terraces in 1894 as a well-meaning refrain sung by Sheffield United fans in the direction of their favourite portly player.

Another asserts that the concept of clubs employing ball-boys was conceived as a serendipitous consequence of Foulke’s presence on the pitch. Having swapped Sheffield for Chelsea in 1905, purchased for £50, Foulke was immediately assigned as captain and first-choice goalkeeper.

Keen to draw more attention to their star attraction, not dissimilar to the way in which an antiquated circus may have wielded and advertised its so-called ‘freaks’, Chelsea stationed two small boys behind their home goal in order to further exaggerate Foulke’s enormity. Prone to fits of boredom, the boys would frequently go AWOL from their goalside vantage points in order to chase stray shots and crosses and return the ball to the field of play; and thus ball-boys came into being.

So many more tales, of debatable veracity, tell of Foulke’s unique place in the game. Some sources recall him breaking a crossbar in two, having swung on it as a means of passing time during an especially drab encounter. Old papers report him picking up opposing forwards and placing them on their heads or throwing them into the net. One quotes him as once having responded to questions regarding the swelling collection of size-oriented nicknames used by fans in song as saying, “I don’t mind what they call me as long as they don’t call me late for my lunch.”

After his brief sojourn in west London, Foulke saw out his career with Bradford, before retiring from the game in 1907. By this time he had long since picked up his solitary England cap – in a duel against Wales, in 1897 – and turned out for Derbyshire County Cricket Club in four first-class matches throughout the 1900 season.

After spending his final days once again doing what he did best, tending goal, this time starring as the antagonist in a “beat-the-goalie” contest in Blackpool, Foulke eventually succumbed to cirrhosis in 1916, at the age of 42, and was buried in Sheffield’s Burngreave cemetery.

As with so many colourful characters from our distant pasts, who become almost mythological in the sequential Chinese whispering of their tales, in addition to the great anthology of stories Foulke crafted throughout his days as one of the more colourful custodians in the game, he became a prime target for many a story more – some embellished, some exaggerated, some pure works of fiction – the accumulation of which followed Foulke throughout his career, and long after his passing too, adding to his inimitable legend.

Even today, more than a century on from William Foulke’s death, as the gentle ripples of his once sizeable wake ebb peacefully, a litany of hilarious anecdotes of varying legitimacy continue to trail him, occasionally resurfacing just to tease the settling waters and sustain his legacy for a while longer. Those and his stellar achievements in the game ensure he will never be forgotten.