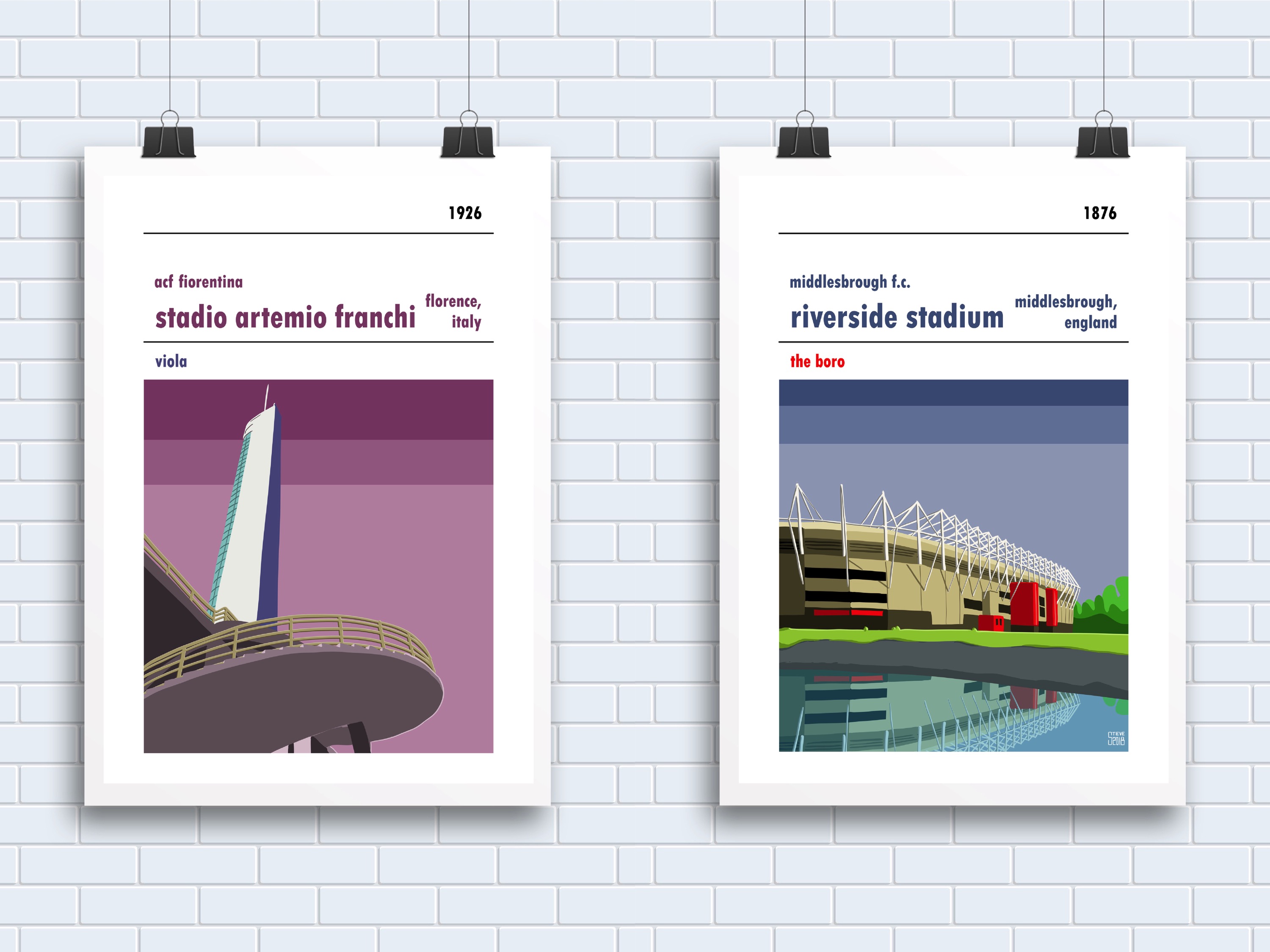 This feature is part of The Gallery

On December 1st 2017, Steve Stewart went viral. “I quit my job today,” he announced on Twitter. “100% going to pursue my passion. Jacking in work is pretty scary but I’m well excited.”

Four thousand retweets later, the creator of Football Stadium Prints is still amazed by the reaction. “I was truly blown away,” he tells These Football Times. “It was a decision that just had to be made. I knew I had to give it a go and see if it would work. I’ll only get out of this what I put in and so far it’s been immensely rewarding.”

For most of 2018, Stewart had combined a full-time career in finance with a most unusual hobby; creating unique, vivid prints of all 42 football grounds in the Scottish leagues. “The idea came about towards the end of 2017,” he remembers when asked about his inspiration for the series. 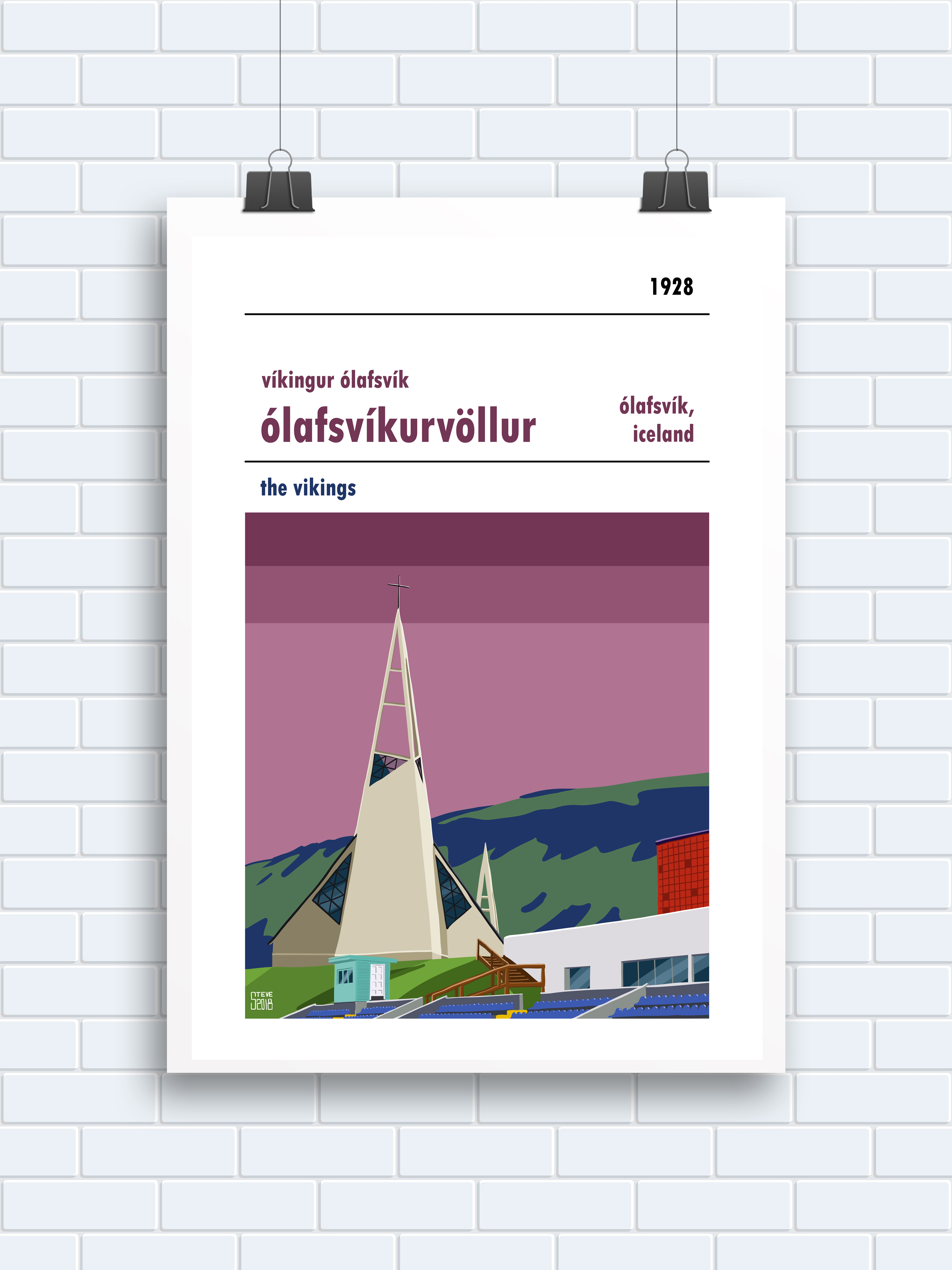 “I was feeling a bit homesick. I’ve lived in London over seven years now. I love it, but every so often I get a pang for back home. I was thinking about Brechin City, the first Scottish club to go a whole season without a win since 1892, and started to think of some positive things about the city. It led me to the infamous Hedge.”

The shrubbery, which stretches along an entire touchline of the club’s Glebe Park Home, has become something of a symbol for its downtrodden fan base. “I wondered if I could design something that captured the Hedge in the most simple way possible,” Stewart says. “A few hours later, I had my first design.”

Six months on, he had completed a design for each club in the top four divisions. From the Auburn forests of St. Johnstone’s MacDiarmid Park to the old bandstand outside Stair Park in Stranraer; all have been captured on Stewart’s unmistakable canvas. “I work digitally,” he says of a creative process that is both labour-intensive and time-consuming. 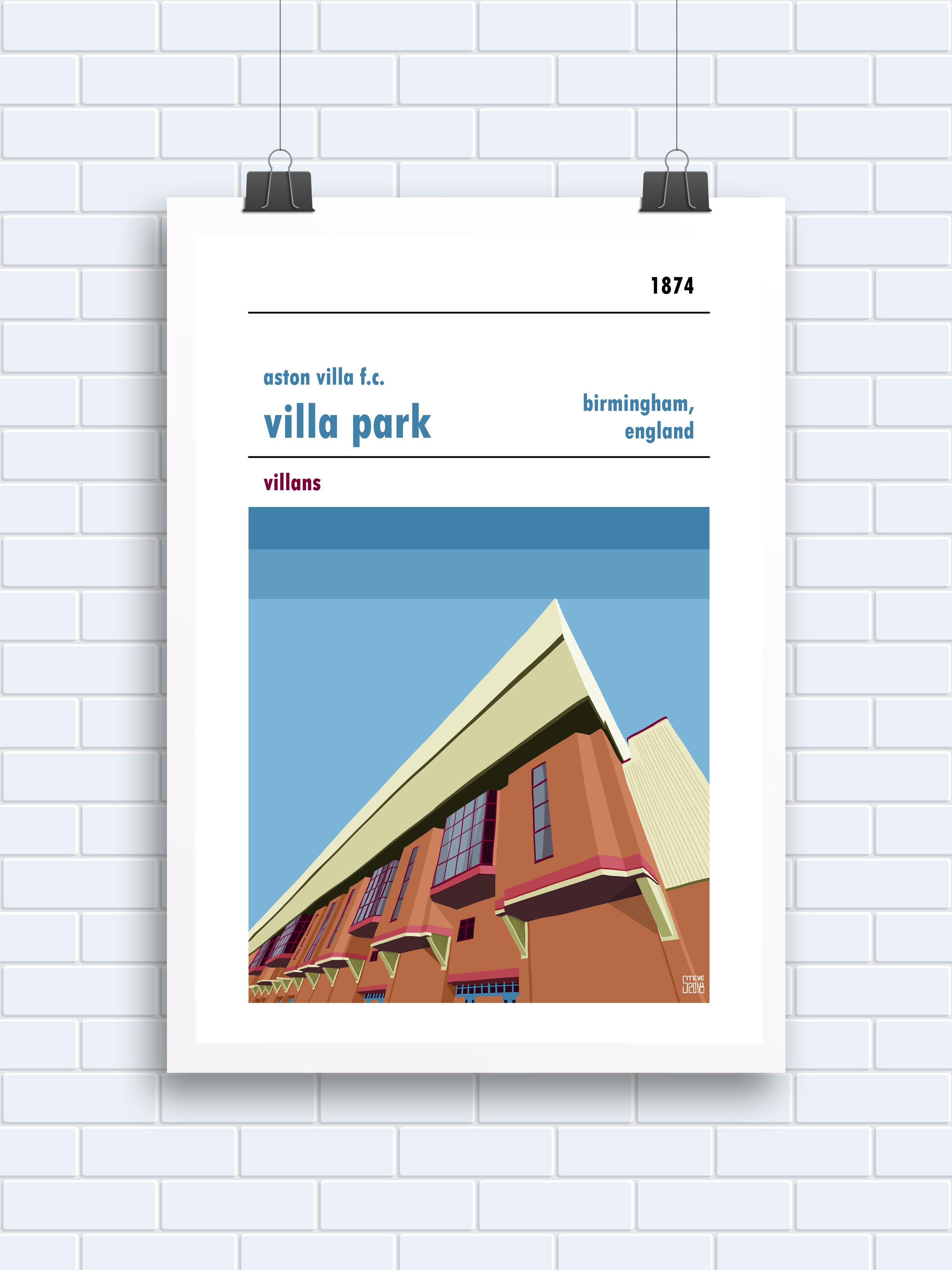 “I use a Huion Graphics Monitor which, despite being at the lower end of the market, is absolutely superb for drawing digitally. I try and get as much input from fans as I can before I start, especially when it comes to the smaller grounds. I’ve been lucky enough to get round quite a few stadiums in my time but for the ones I’ve not been to, I need help.”

Often, supporters will contact him online to offer their support and assistance. “People send me photos of their grounds all the time,” he says. “I’ve even had some people go down there specifically to get me photos from specific angles.”

Once Stewart has selected an image, it is transformed into a print that is visually arresting and strikingly minimalist. “The aesthetic has been a process,” he admits about the distinctive, vibrant style of the finished pieces. “It started off as trying to be as simple as possible but as time passed I started to refine it, to try and put more detail in where I thought it was required. I’m a big comic book fan, especially the Jack Kirby Era, and love bold blankets of colour, taking risks with colour. I like the use of negative space.” 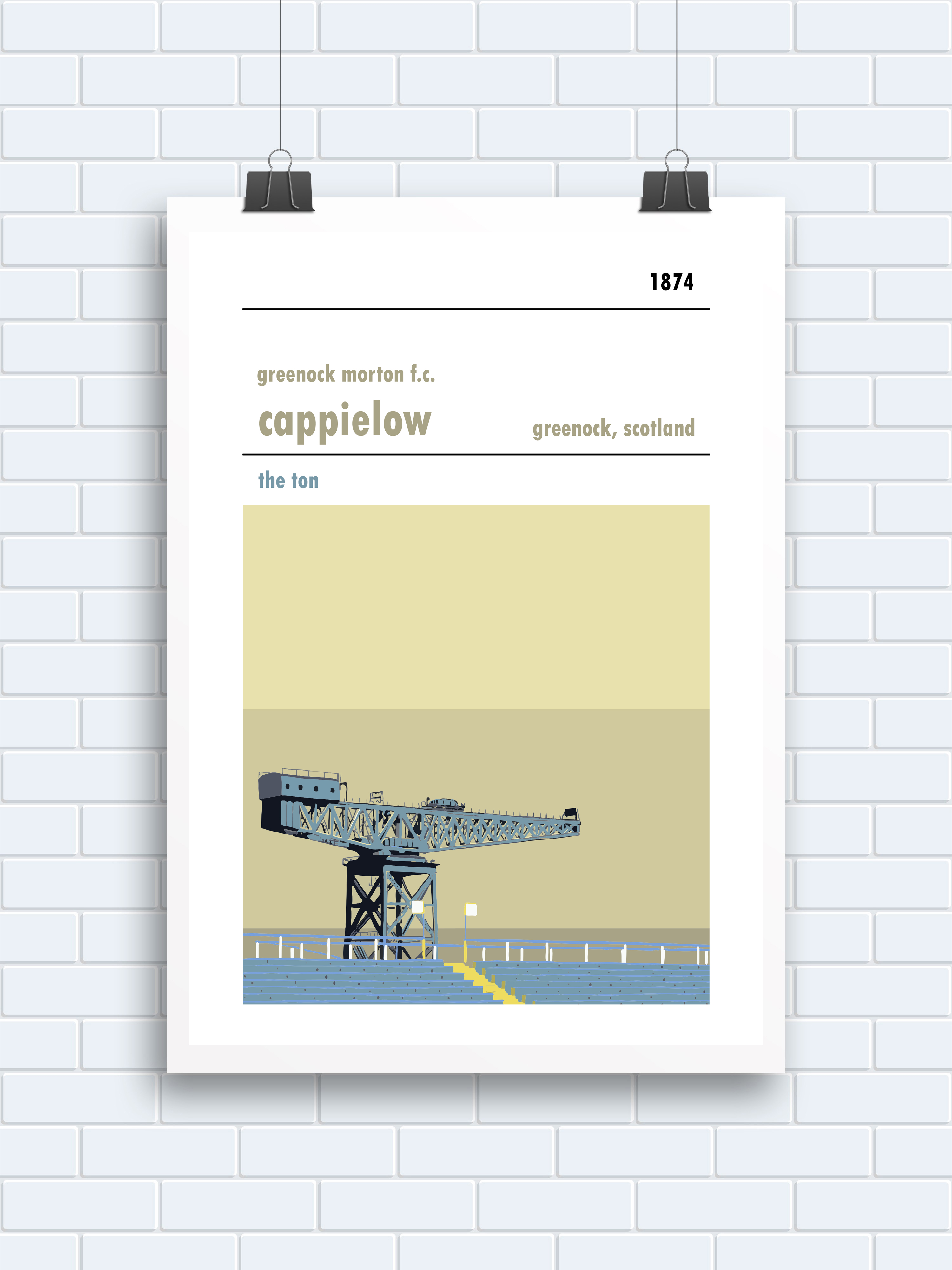 Of course, Stewart has some favourites. “The two that I always come back to are Cappielow, home to Greenock Morton, and Netherdale, the ground of Gala Fairydean Rovers,” he says. “The shipbuilding crane at Morton is just a fantastic structure to have looming over you, and the main stand at Netherdale is a Brutalist work of art. It may well be my favourite building in Scotland.”

With all of the stadiums at home having been covered, Stewart decided to broaden the scope. Iconic arenas such as La Bombonera, San Siro and Old Trafford have already been featured, but his primary aim is to conquer England. “Initially, I started doing grounds that had something about them that I liked,” he says. “Now I get individual requests. I work with some of the up-and-coming leagues and really like lower league football grounds. But the intention is to finally get round all 92 of England’s grounds.”

What is it, in his opinion, that makes a stadium ‘good’? “Size is totally unimportant,” he suggests. “Some of the better grounds are tiny. Old grounds that have been around for decades are always full of character.” 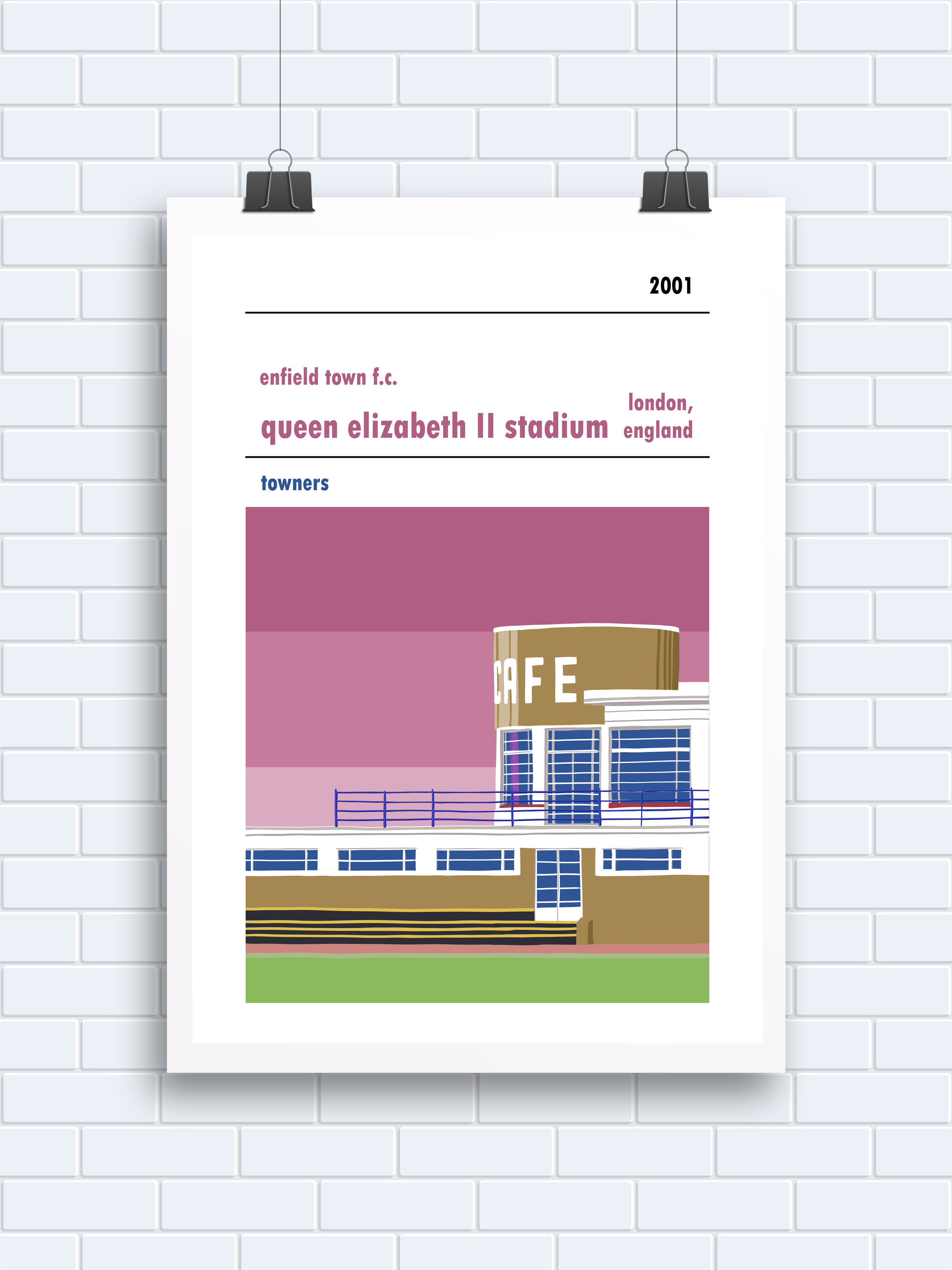 Does he agree that modern stadiums tend to be a bit bland and corporate? “Absolutely, but you can still find charm in them somewhere. It’s more difficult to find as they don’t have the same history attached to them. When you walk around the corner and see your home ground , that’s when the memories come flooding back.

“Sometimes you need reminding of how amazing your ground is. You become a bit blinkered as you’re there all the time, so I think it’s nice when someone that isn’t associated with your club finds something beautiful in its design that you might have taken for granted.”

For this finance worker turned full-time graphic artist, Football Stadium Prints may just be the beginning. There are plans to develop prints for stadia in Europe and the US, as well as a collaboration with the Scottish Women’s Premier League. It might have been a brave decision for Stewart to pursue his passion, but so far it seems to be paying off handsomely.

Thanks to Steve Stewart for speaking to These Football Times as part of The Gallery. If you’re an artist for whom football remains the ultimate muse, and you’d like to feature in The Gallery, please email us with examples of your work.