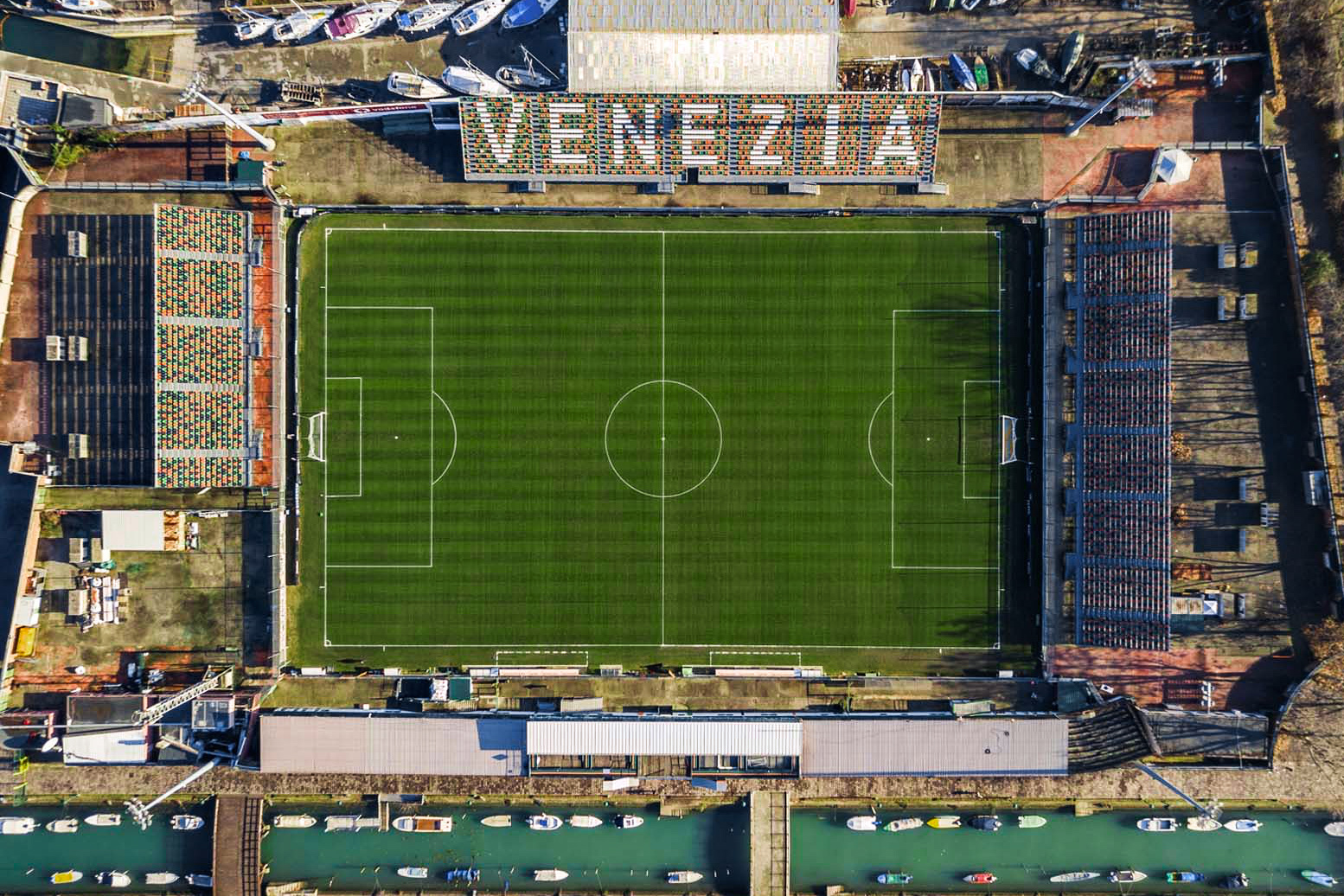 The year 2006 is undoubtedly one of the most important in the history of Italian football. Bringing with it a fourth world title, there was also an endemic crippling of the entire domestic game. It is not farfetched to term Calciopoli the most impactful scandal in football history. Indeed, few have seen a club as big as Juventus forcibly demoted, with the country’s biggest and most successful side forced to spend a year in the wilderness of the second tier.

This is an equally crooked arena, something that was well demonstrated during the previous season’s campaign. Whilst Juventus were busy winning what would become an ultimately revoked Scudetto, in Serie B there unfolded a series of events where nothing was as it seemed. The champions got relegated, losing playoff semi-finalists promoted, and relegated teams were spared the drop. Welcome to the 2004/05 edition of Serie B – a season centred around lies.

Going into the final day of the campaign, it appeared all was set for a thrilling conclusion. Just two points separated the top four sides, while at the other end of the table, six teams were still fighting for safety. Empoli led the way, with Genoa in the second automatic promotion spot, two points ahead of both Perugia and Torino. Genoa’s Stadio Luigi Ferraris played host to relegated Venezia, with it likely Italy’s oldest club would end their decade-long absence from Serie A.

They would run out 3-2 winners over the Venetians, who were to fold that summer under crippling debts and restart in the fourth tier. As if promotion wasn’t enough, a 4-1 loss for Empoli in Bari added the gilding to a magical year, as Genoa won the title. That was 11 June 2005. Three days later, everything was to change.

As reported by The Guardian, Venezia general manager Giuseppe Pagliari was seen driving away from the business headquarters of Genoa president Enrico Preziosi. Stopped and searched by police, inside his car they found a suitcase containing £250,000. Pagliari tried to justify this as being part of a payment for Venezia defender Ruben Maldonado, although unconvinced, the Genoese Public Prosecution Office began a court proceeding.

Read  |  Juventus, Calciopoli and a year in Serie B

In late July the case, now referred to as Caso Genoa, was settled. It was proved through a series of tapped phone calls that the suitcase was indeed payment for match-fixing. Genoa had their title stripped and exited the league at the other end, being relegated to Serie C1. The resulting effects were catastrophic, plunging the entire Italian league structure into chaos.

Not that this is a situation Serie B was unfamiliar with. In 2003, in the midst of an illegible player crisis and contested relegations, the FIGC made the highly controversial decision to expand the second tier to 24 teams. All relegated sides bar Cosenza were saved, replaced by the fourth division phoenix of Fiorentina “on sporting merit”.

Continuing into the 2004/05, Ancona and Napoli both folded under crippling debts prior to the campaign kicking off. This saved Bari and Pescara, serving to foreshadow how the season would unfold.

Genoa had been in the driving seat for a large part of the campaign, fired on by the goals of Diego Milito to sit seven points clear at the halfway stage. However, seven draws in nine games between late March and May led to their lead slipping away, with Empoli, Perugia and Torino all in the mix. As a result, Genoa decided to buy the final match with Venezia to ensure promotion.

Ironically, with Empoli losing heavily to Bari, Genoa only needed a draw, meaning in hindsight the fixing probably wasn’t necessary. To further complicate matters, it came out during the Caso Genoa trial that Torino general manager Roberto Cravero had also tried to tap up the Venezia team, with payment this time focused on getting the players to try extra hard to get a result.

The financial situation at Venezia was so bad that they failed to ever be sanctioned for their role in Caso Genoa, as by the time of the verdict on 8 August, they had ceased to exist. They did successfully manage to re-enter the upcoming Serie C2 campaign, through a legislative loophole colloquially known as Lodo Petrucci. Named after the former FIGC chairman, this outlined the regulations for reformation of bankrupted clubs.

It is a process that was frequently used in Italy prior to various amendments, particularly in the financially insecure lower reaches of the game. Two of the most important sections of this were Articles 6 and 7. In practice, these allowed a club to declare bankruptcy and enter the new season one division below their previous incarnation, provided a slight change was made to the club’s name.

In 2005 it was to prove extremely popular, with one club who used it being Torino Calcio. On 26 June they triumphed over Perugia in the playoff final, however, with estimated debts of €60m, they faced an improbable task to obtain a top-flight licence. On 15 July, they were excluded from the upcoming Serie A season, being forced to reform as Torino Football Club in order to allow entry back into Serie B.

With Torino failing to meet the criteria for promotion, one would assume it would be a case of awarding their space to Perugia. It wasn’t that simple, however, with the Umbrians facing a similarly bleak financial future, and being relegated to Serie C2. With there now only 18 teams in place for the upcoming Serie A, the FIGC took the controversial decision to award the two vacancies to Ascoli and Treviso, both losing promotion semi-finals. 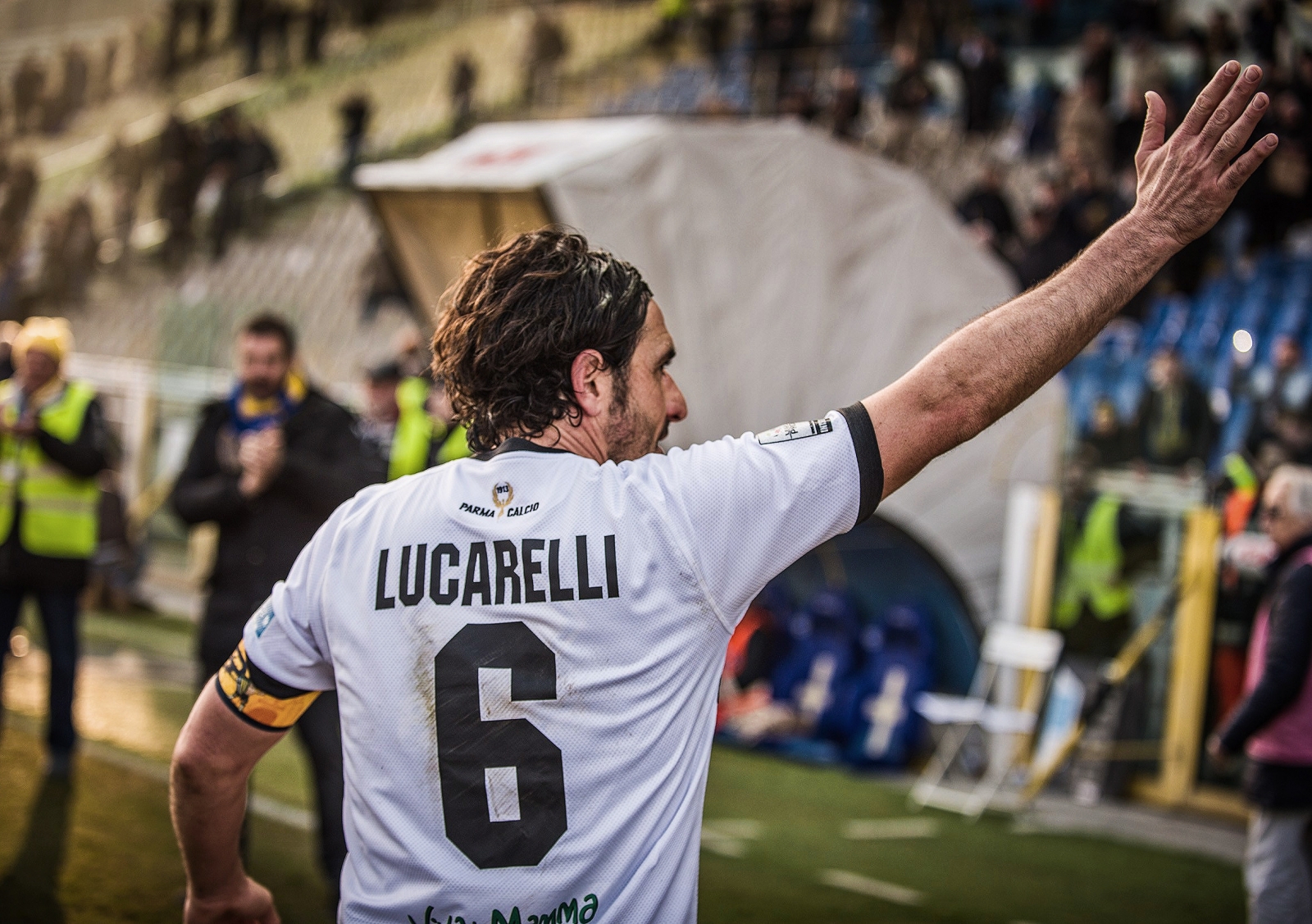 Read  |  Alessandro Lucarelli: Parma’s selfless hero who took them from the fourth tier back to Serie A

At one stage it appeared there would be further drama from teams already in Serie A. Messina failed the licensing procedure on financial grounds and were relegated to the fourth tier. This situation was further complicated after relegated Bologna filed various complaints against Reggina’s place in the top-flight. In the end, both they and the Sicilians were readmitted into Serie A in early August, just over a fortnight before the season kicked off.

The situation was hardly any better at the other end of the table. A day prior to Torino’s ultimately meaningless playoff final triumph, Vicenza lost in the relegation match with Triestina. The removal of Perugia and Torino, alongside the similarly bankrupted Salernitana, who had finished in 14th, meant three weeks later both the 1997 Coppa Italia winners and originally relegated Pescara were then saved.

Then there was the case of Catanzaro, who were left in limbo as to where they would be playing the 2005/06 season. Placed in last, they appeared seemingly doomed. However, following the bankruptcy of Venezia and exclusions of Perugia, Salernitana and Torino, the Calabrians found themselves saved. This was, however, reversed after Torino successfully applied to Serie B, meaning the club were once again relegated. Five days later, Caso Genoa was concluded – on 8 August – and Catanzaro returned to Serie B once more.

That a club can finish in last place and yet somehow survive in a league with four relegation spots is bizarre. Then again, that’s calcio. Catanzaro actually began the season with a five-point deduction for spot-fixing, alongside Modena who had minus four. In September, however, both had these removed on appeal. That such a system can exist borders on laughable.

In today’s picture, only three of the 24 participating teams are now in Serie A, with a further six in Serie B. It is worth noting that only three of these clubs, Empoli, Pescara and Verona, exist in the same incarnation. Of the remainder, it is a suitably tragic calcio tale, with some having declared bankruptcy on three separate occasions in the almost 13-year aftermath of what is arguably the most chaotic season in recent memory.