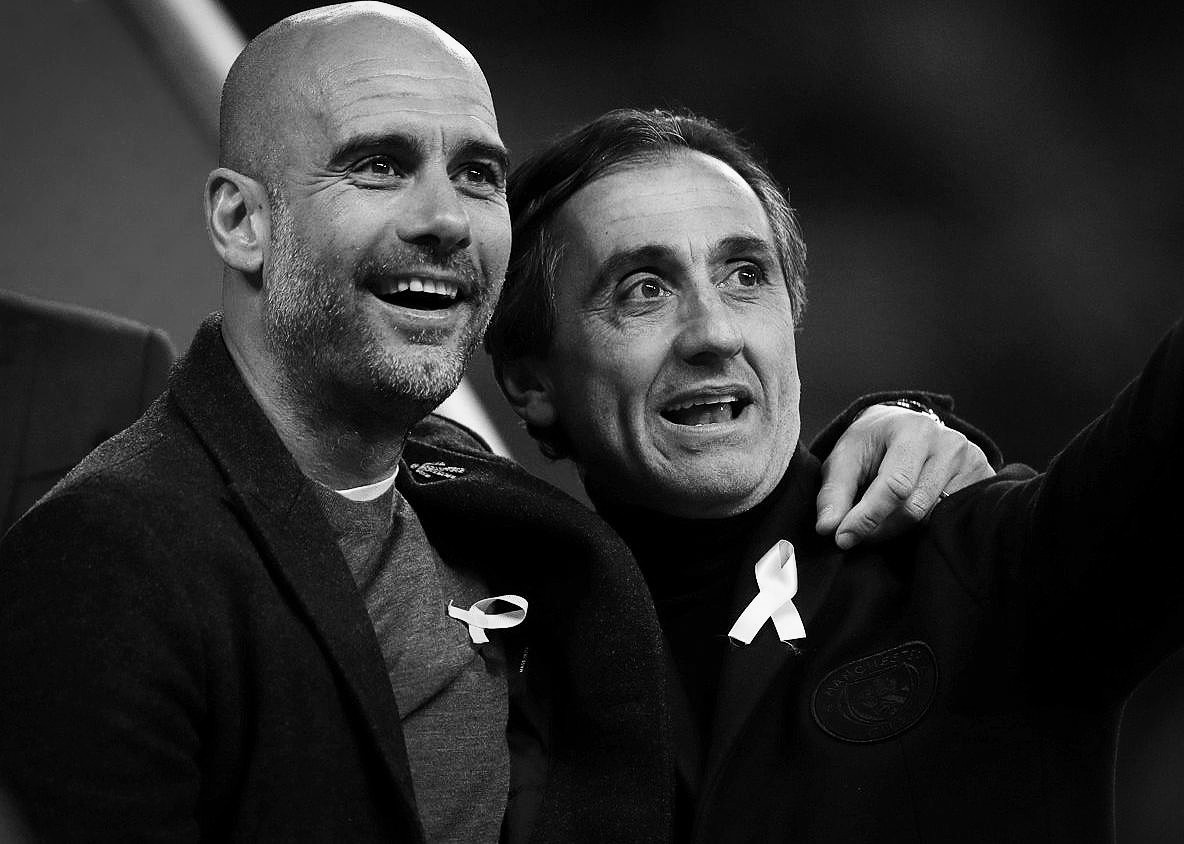 Like him or not, Pep Guardiola is one of the most successful managers in the modern era. Over the years, he’s acquired several assistants and footballing experts who have helped him achieve greatness across three different countries. However, only Manuel Estiarte has stood by his side since the beginning.

He stood beside him at the Stadio Olimpico and at Wembley as Barcelona lifted Champions League trophies; he stood beside him in Germany as Bayern Munich won three Bundesliga titles in a row; and he stands beside him now at Manchester City as a Premier League champion. Unlike Guardiola’s other disciples, Estiarte’s early expertise lies outside football, and he has an incredible story to tell.

Despite working in football for the last decade, Estiarte spent a large part of his life in a swimming pool. Known as the ‘Maradona del Agua’, Estiarte captained the Spanish water polo team for 20 years and no Spaniard has competed in more Olympic games than him. He first appeared for the national team at the age of just 15 and went on to become skipper just three years later. He made his mark at the 1980 Olympics in Moscow, scoring more goals than anyone else in the tournament as Spain lost out in the bronze medal match.

At the time, Pep Guardiola was a young boy with the same dream as millions of others across Europe: becoming a professional footballer. The current Manchester City boss would join Barcelona’s famous La Masia academy in the same year Estiarte competed at his second Olympics in Los Angeles. Estiarte returned home from the biggest stage as the tournament’s top scorer again, but he still didn’t have the gold medal he craved.

However, sporting achievements and failures were about to be put into perspective. Just a year after the LA games, Estiarte’s sister Rosa committed suicide at their family home in full view of her brother. Rosa was the older sister, caring for Estiarte during much of his childhood, and it took a long time for him to come to terms with the tragedy. 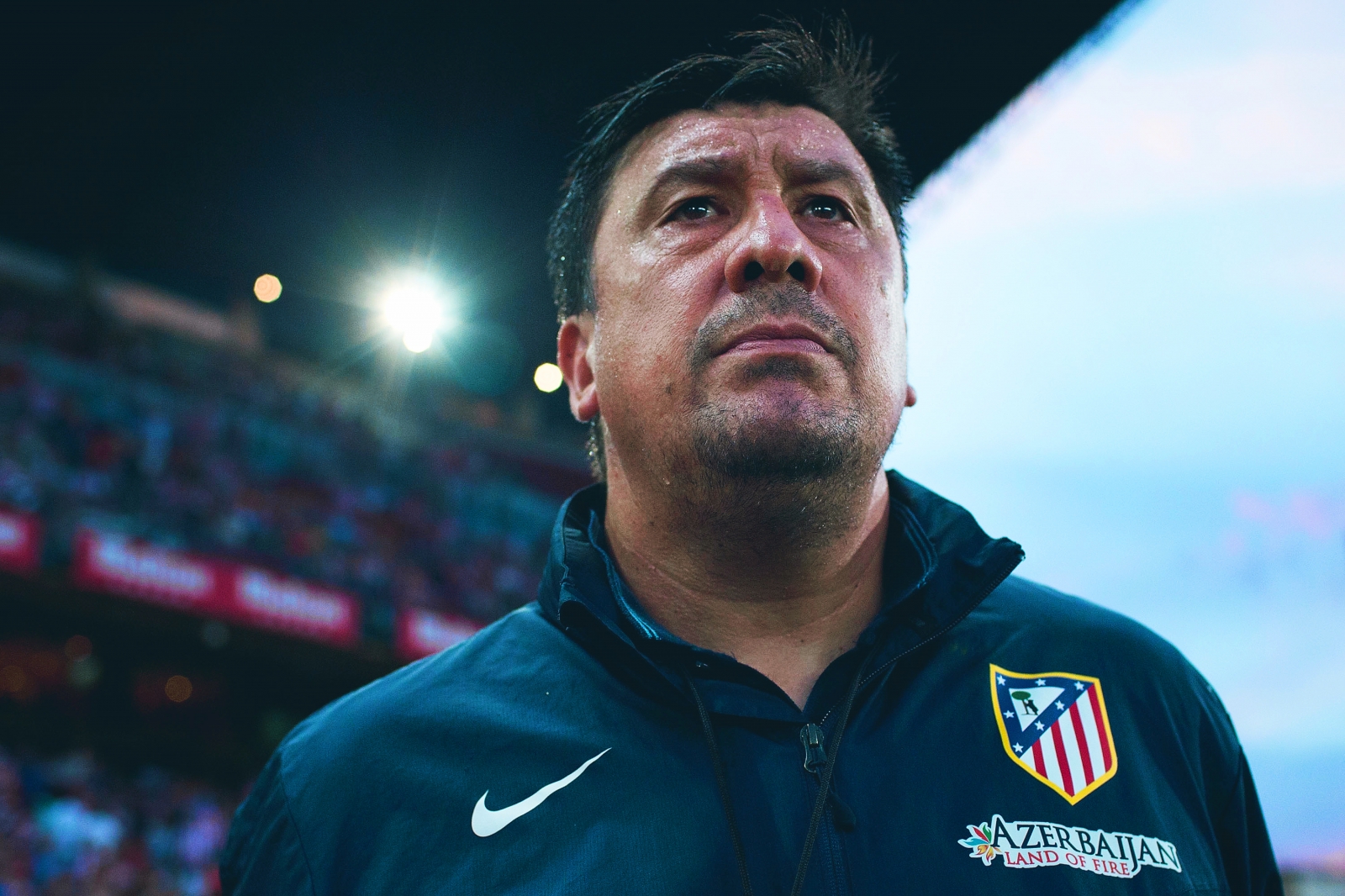 His autobiography – with a foreword written by Guardiola himself – documents this troubled period of his life. Away from his sorrow, his sporting career continued to flourish and he was once again top scorer at the Olympics; and once again, Spain finished outside the medals in Seoul in 1988.

Throughout the 1980s, Estiarte dominated the world of water polo but Olympic and world titles continued to go by without yielding a medal of any sort. In footballing terms, consider this tale of woe similar to Lionel Messi’s misfortune with Argentina over several failed World Cup and Copa América campaigns. As the decade turned over, Guardiola was becoming a regular in the Barcelona first team, playing as a holding midfielder and showing a maturity beyond his years that preempted his illustrious coaching ability.

Guardiola helped Barcelona to their first LaLiga title for six years in 1991, the year his world collided with Estiarte’s. The pair crossed paths during the title celebrations in 1991 when Estiarte went to congratulate his compatriot on their title win. The two sportsmen, both at the top of their field, formed an immediate bond and kept in touch during their playing days.

The biggest year in both of their careers to date arrived a year later as Barcelona hosted the Olympics in 1992. After Barcelona’s maiden Champions League triumph at Wembley just a few weeks earlier, Guardiola joined up with Estiarte and made an appearance at the opening ceremony.

Spain’s water polo team, made up mostly of Catalan players like Estiarte, were under immense pressure to win the tournament after being defeated in the World Championship final a year earlier. Despite this weight of expectation, Spain topped a group that included Italy and Hungary before dispatching the United States in the semi-finals to send them through to their first Olympic final.

Down the coast in Valencia, the football team, captained by Guardiola, were progressing nicely in the tournament. They breezed through the group stage then defeated Italy and Ghana to reach the final without conceding a goal. It would be ecstasy for one, but misery for another. 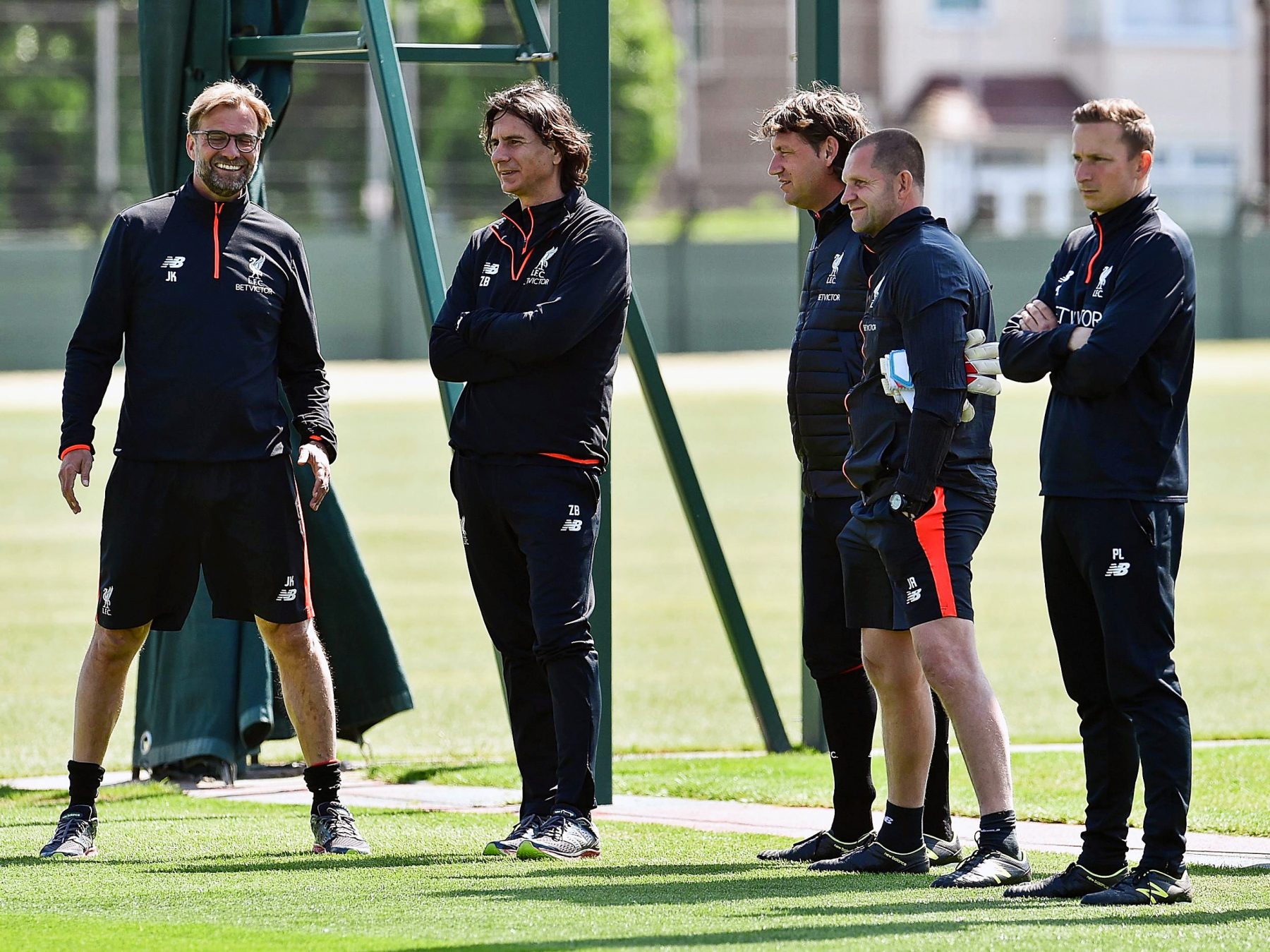 In the pool, Estiarte, the country’s greatest-ever water polo player, looked to have sealed their first gold medal in the sport with a converted penalty in the final minute. However, Italy equalised with seconds to go and went on to win in extra-time. Estiarte’s tears at the final whistle were the focus of the television cameras. A week later, the football team won their thrilling gold medal match with a last-minute winner from Cádiz striker Kiko at the Camp Nou.

In the years that followed, Guardiola enjoyed success as part of Johan Cruyff’s Barcelona side that won four LaLiga titles on the spin. After Barcelona’s Champions League final defeat at the hands of Milan in 1994, Guardiola had a runners-up medal of his own. In the pool, Spain and Estiarte added yet another silver medal to their collection after losing out to Italy, this time in the World Championship final in Rome.

The Italians were coming to be a real thorn in Spain’s side when it came to major sporting events, and it was at the football World Cup in the USA that Spain would taste defeat to their European rivals at the quarter-final stage. Two years later, after Cruyff had left Barcelona, the athletes of the world descended on Atlanta for the Olympics, and Estiarte was once again involved.

At the age of 35, it seemed his playing days were numbered and his chances of claiming a major title in the sport he had dominated for the last decade were fading. Despite losing to Yugoslavia and Hungary in their group, Spain progressed to the knockout stage where they dispatched their American hosts before exacting some revenge on their Hungarian counterparts.

After two major tournament defeats to Italy, Spain would’ve been relieved to see Croatia knock them out in the other semi-final. Banishing the demons of four years ago, Estiarte helped his country to victory over the Croatians to seal their first water polo Olympic title. After years of reaching the summit without planting their flag, Spain and Estiarte had finally conquered.

Many expected a veteran like Estiarte to retire after achieving his lifelong goal but the Spaniard wanted more. He went on to play for four more years, captaining his country to their first World Championship triumph before representing Spain as flagbearer during the 2000 Olympic opening ceremony in Sydney. After hanging up his trunks and helmet, he became a member of the International Olympic Committee, offering his expertise and experiences. That was until an old friend came calling. 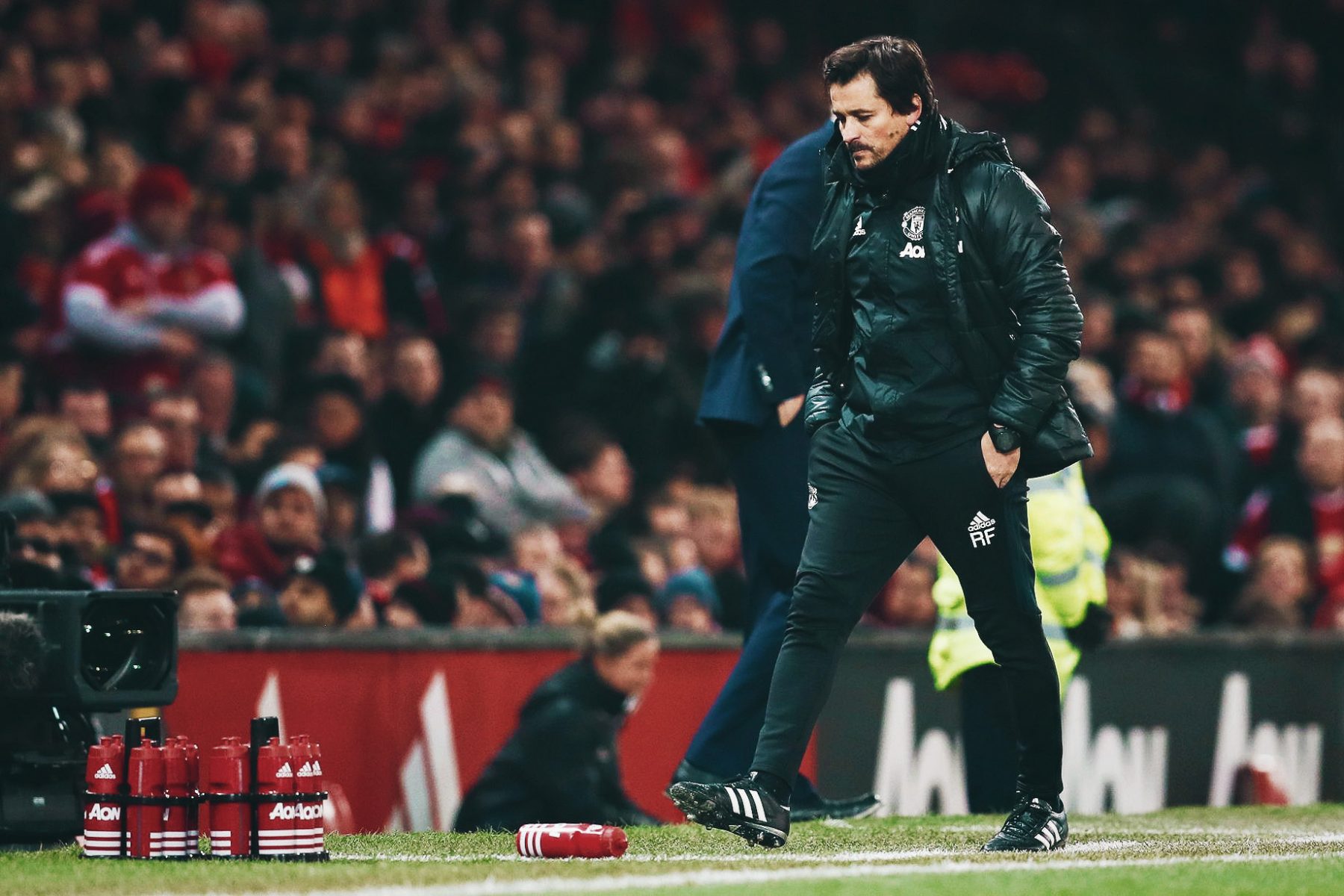 In 2008, Guardiola was promoted to manage Barcelona’s first team after enjoying success with the B team, and the former midfielder needed some guidance in his first endeavours in management. Assisting with Guardiola’s personal decision-making, Estiarte also offered his support to the rest of the coaching staff and the players.

Among other skills, Guardiola has acknowledged Estiarte as a great reader of body language and said that “the true greats all share this quality, this intuition”. While it was the manager’s revolutionary tika-taka football that stole the show and won the club an array of trophies both domestically and in Europe, Estiarte remained a key part of what went on behind the scenes at one of the biggest clubs in the world. His ability to place footballing matters into perspective, using his own personal experiences, and to share the stories of his sporting triumphs and failures are what makes him unique to most other assistant coaches out there.

The Barcelona trophy cabinet was bolstered with two Champions League titles, three LaLiga triumphs and numerous cup successes under Guardiola’s reign. After losing out to Chelsea in the 2012 Champions League semi-finals and falling behind José Mourinho and Real Madrid in LaLiga, Guardiola decided to call it a day on the club’s golden era.

His trusted assistant followed him to Germany where they won three Bundesliga titles, finishing at least 10 points ahead of the runners-up in each season. Since Guardiola’s departure for the Premier League, Bayern Munich have extended this dynasty through their former manager’s legacy, while Barcelona have also enjoyed more success.

The influence that Pep Guardiola can have on a football club is unquestionable but Manuel Estiarte has influenced the greatest mind in football in more ways than is obvious at first glance. Manchester City, having secured one of the earliest title wins in English football history, will benefit from his guidance for many years to come.

The benefits of Guardiola’s water polo-playing, mind reading, advice-giving assistant have almost certainly formed his managerial career and character into what it is today. Pep Guardiola is the master tactician, but Manuel Estiarte is the life coach.