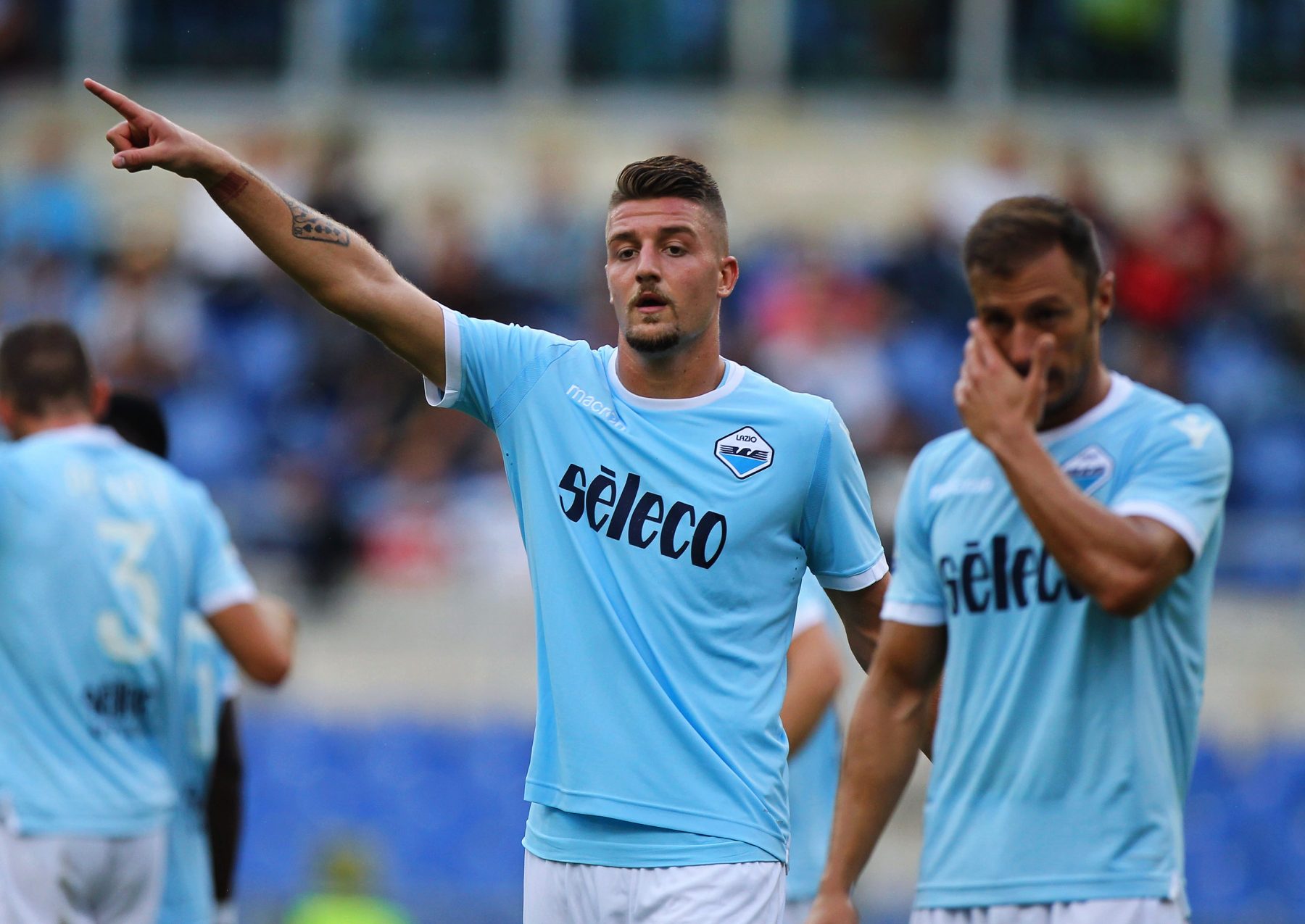 The Stadio Marc’Antonio Bentegodi in Verona bore witness to one of the finest individual performances of Italia 90. Under the sweltering Venetian summer sun, Yugoslavia’s Dragan Stojković announced himself on the world stage with a scintillating double as Ivica Osim’s elegant side defeated Spain 2-1 to progress to the last eight of the competition.

Although a penalty shootout defeat to Diego Maradona’s Argentina marked the Plavi’s international farewell as the country around them disintegrated, Stojković’s performance is still revered to this day. His first goal on 77 minutes saw the Red Star Belgrade playmaker meet a Srečko Katanec headed flick-on by shaping to shoot on the volley. By controlling the ball instead, he effectively turned his marker before placing a shot past La Roja goalkeeper Andoni Zubizarreta to fire his team in front.

While Barcelona forward Julio Salinas levelled the scoring six minutes later, the man nicknamed ‘Piksi’ would join the likes of Paul Gascoigne, Gheorghe Hagi, Lothar Matthäus and Enzo Scifo as the tournament’s midfield maestros thanks to an extra-time winner. A sublime curling free-kick past the stranded Spanish wall confirmed the Serb’s genius and subsequently led to a move to French giants Marseille the following month.

However, his four years at the Stade Vélodrome proved unspectacular with niggling injuries and high competition for places restricting the technician to just 29 league appearances, in addition to a loan spell with Verona during the 1991/92 Serie A season. His introduction as a late substitute for Raymond Goethals’ men in the 1991 Champions League final pitted him against his former Red Star teammates.

Having seen his penalty strike the crossbar for Yugoslavia in the quarter-final defeat to Argentina a year earlier, Stojković refused the opportunity to be one of Marseille’s five spot-kick tackers as his ex-club recorded a memorable European triumph in Bari.

Plagued by injuries, Piksi traded the more physically demanding nature of French football for the emerging J-League in the Far East where he replaced Gary Lineker as Grampus Eight’s marquee player under Arsène Wenger. Eight years in Japan saw the fifth Star of Crvena Zvezda earn legendary status after winning the league MVP award in 1995 while netting 57 goals in 183 league games.

Stojković’s international career spanned almost two decades, making 84 appearances for Yugoslavia although much of his prime was curtailed by the UN sanctions imposed on the Slobodan Milošević regime during the Yugoslav Wars, which robbed him of the chance to showcase his talents at three major tournaments between 1992 and 1996. Despite that, he remains one of the most exceptional talents to come out of the former Yugoslavia.

Since the turn of a millennium, Serbs have longed for another world-class attacking talent of the calibre of Stojković, without much success. France 98 saw the emergence of strikers Darko Kovačević and Savo Milošević who both enjoyed distinguished European careers without ever reaching the upper echelons of the game. Dejan Stanković also made a name for himself in France although the industrious and popular midfielder was utilised in a more defensive midfield role in the second half of his playing career.

Rising star Perica Ognjenović featured at that World Cup too and would, in 1999, sign for Real Madrid, only to experience a spectacular fall from grace which saw him playing in China and Malaysia by 2003 and 2006 respectively. Mateja Kežman, a goalscoring sensation in Holland for PSV, failed to prove himself at Chelsea while the likes of Milan Jovanović and Miloš Krasić faded after a disappointing World Cup campaign in 2010 having come into the tournament as hot commodities.

Adem Ljajić, Lazar Marković, Aleksandar Mitrović, Dušan Tadić and Zoran Tosić have showed glimpses in recent years without ever having the consistency to match the world’s elite. However, there is hope that a new kid on the block is the heir apparent to Messrs Stojković. His name is Sergej Milinković-Savić and the Lazio midfielder is attracting the interests of Europe’s big boys with his sumptuous displays lighting up Serie A in the post-Pogba era.

Born into a sporting family in the Catalan city of Lleida in 1995, he spent his formative years following his father Nikola who, at the time, was featuring in midfielder for the city’s local LaLiga outfit. His mother Milana was a professional basketballer as the family eventually settled in Graz as Milinković senior winded down his playing career in the Austrian Bundesliga with Grazer.

Sergej and his younger brother Vanja took their formative football steps in the club’s youth set-up before the family returned to Serbia in 2006. A gifted talent, he rose through the ranks at Vojvodina and won two consecutive national youth championships before signing his first professional contract in 2012.

The following summer he played an instrumental role in helping Serbia win the 2013 Under-19 European Championships in Lithuania. Upon his return to Novi Sad, he made his debut for the senior team the following November before helping Vosa win the Serbian Cup in their centenary year. More inspiring performances across the border in Hungary at the 2014 Under-19 Euros helped spark interest across the Europe, but it was Belgium side Genk who eventually secured the Serb’s signature.

The three-time Belgium champions hoped Milinković-Savić could emulate the performances Kevin De Bruyne mustered up for Smurfen prior to his departure to Chelsea in 2012. A season at the Cristal Arena under former Scotland and Birmingham City boss Alex McLeish improved Sergej’s physicality and strength, something of great importance to a midfielder who stands at a towering 193cm and is commonly tasked with using his body to outmuscle opponents in the centre of the park.

Superb performances for the World Cup-winning Serbian under-20 side in New Zealand in 2015 culminated in the 20-year-old being awarded the Bronze Ball for being the competition’s third best player. His role in the triumph alerted Lazio, who forked out €9 million for the dynamic midfielder to beat off competition from Fiorentina for his services.

Coincidentally, Sergej’s first Serie A goal for Lazio came away against La Viola in January 2016 and, while his debut season in Italy showed glimpses of his talent, the player along with the club struggled for consistency as Lazio finished eighth in the league. The arrival of Simone Inzaghi following the two-day reign of Marcelo Bielsa that summer proved to be the catalyst for Milinković-Savić’s rise to prominence.

A call-up to the senior national team that May by new manager Slavoljub Muslin was just reward for the rising star of Serbian football, although he was the only player in the squad not to see minutes in the three friendlies. What followed was an 18-month absence from senior international football with Muslin repeatedly omitting the Lazio star from Serbia’s 2018 World Cup qualifiers despite heavy pressure from the national federation and various media outlets to do otherwise.

In those 18 months since, Milinković-Savić has developed into one of the continent’s most exciting attacking midfielders, reportedly attracting the interest of big clubs in England, Juventus and Real Madrid. Commanding performances in the centre of midfield alongside Lucas Biglia and Marco Parolo last term helped Lazio finish fifth on 70 points, with a late season fade-out costing i Binacocelesti fourth place.

Inzaghi’s side impressed in the Coppa Italia, ultimately losing the final 2-0 to Juventus but not before eliminating rivals Roma in the semi-finals with Milinković-Savić playing the role of chief destroyer by netting in both legs in the 4-3 aggregate triumph. A well-worked opener in the first leg was followed by another opening strike in the second leg before the tall Serb showed more of his quality by wrong-footing the Roma defence with a delicate through ball for Ciro Immobile’s goal to end any hopes of a Roma comeback.

Such performances have made him a favourite of the Lazio faithful who are resigned to the fact that they will ultimately lose such an exceptional talent in the near future just as Inzaghi’s men look capable of making a return to the Champions League group stages after a decade-long absence.

Blessed with the ability to split a defence via his immaculate and perfectly-weighted through balls, Sergej’s other strengths lie in his dribbling, passing, strength and aerial ability. A presence at set-pieces, an argument could be made that he needs to add more goals to his game if he is to become a world-class attacking midfielder.

Tackling, on the other hand, is considered to be his weak point with Milinković-Savić commonly finding himself in the referee’s notebook. Despite such limitations, his all-round game and potential make him one of Europe’s most-prized midfielders. The 22-year-old’s form has not dipped this campaign and he was in exceptional form as Lazio beat Juventus to win the Super Cup in August before playing an integral role in their 2-1 away triumph over Juve in the league in mid-October while also netting a game-defining double away to Nice in the Europa League. His first league strike of the Serie A campaign was a well-drilled winner against Chievo at the same Stadio Marc’Antonio Bentegodi in Verona, 27 years on since Stojković’s heroics.

The controversial sacking of Muslin from the Serbia post has also seen Sergej welcomed back to the international fold, making his full international debut against China in November 2017. Two solid performances will help his cause of starring for the Eagles at Russia 2018 with the draw pitting the Balkan nation against five-time world champions and tournament favourites Brazil, 2014 quarter-finalists Costa Rica, and continental counterparts Switzerland.

While most will have the Selecao pencilled in as group winners, the inclusion of Milinković-Savić will boost the Serbs’ chances of finishing second and qualifying for the tournament’s knockout stages for the first time in two decades. Since then, the more things have changed, the more they have stayed the same in Serbian football.

The search for the next world-class attacking player has mustered multiple candidates, all seemingly incapable of having the consistency, discipline and quality to sustain the form needed to uphold such a standard. Conversely, Serbia’s best players over the last two decades have primarily been defensive, with Siniša Mihajlović, Nemanja Vidić, Branislav Ivanović, Aleksandar Kolarov and Nemanja Matić enforcing this point.

It is perhaps no wonder, then, that in a nation where many spend much of their time remembering past glories and triumphs, the romantic reminiscence of the likes of Šekularac, Dragan Džajić, Petrović and Stojković continues to this day. But now there is renewed hope that the son of former sporting professionals will become the 21st century equivalent to the aforementioned players, with Russia seen as the golden chance for Milinković-Savić to demonstrate that point.

By then, Europe’s giants will no doubt be circling like sharks in chase of his services. For the time being, Sergej’s displays will be oozed over by Serie A purists, football hipsters, and Serbs dreaming of a player capable of fulfilling their nation’s unfulfilled talents on the world stage.