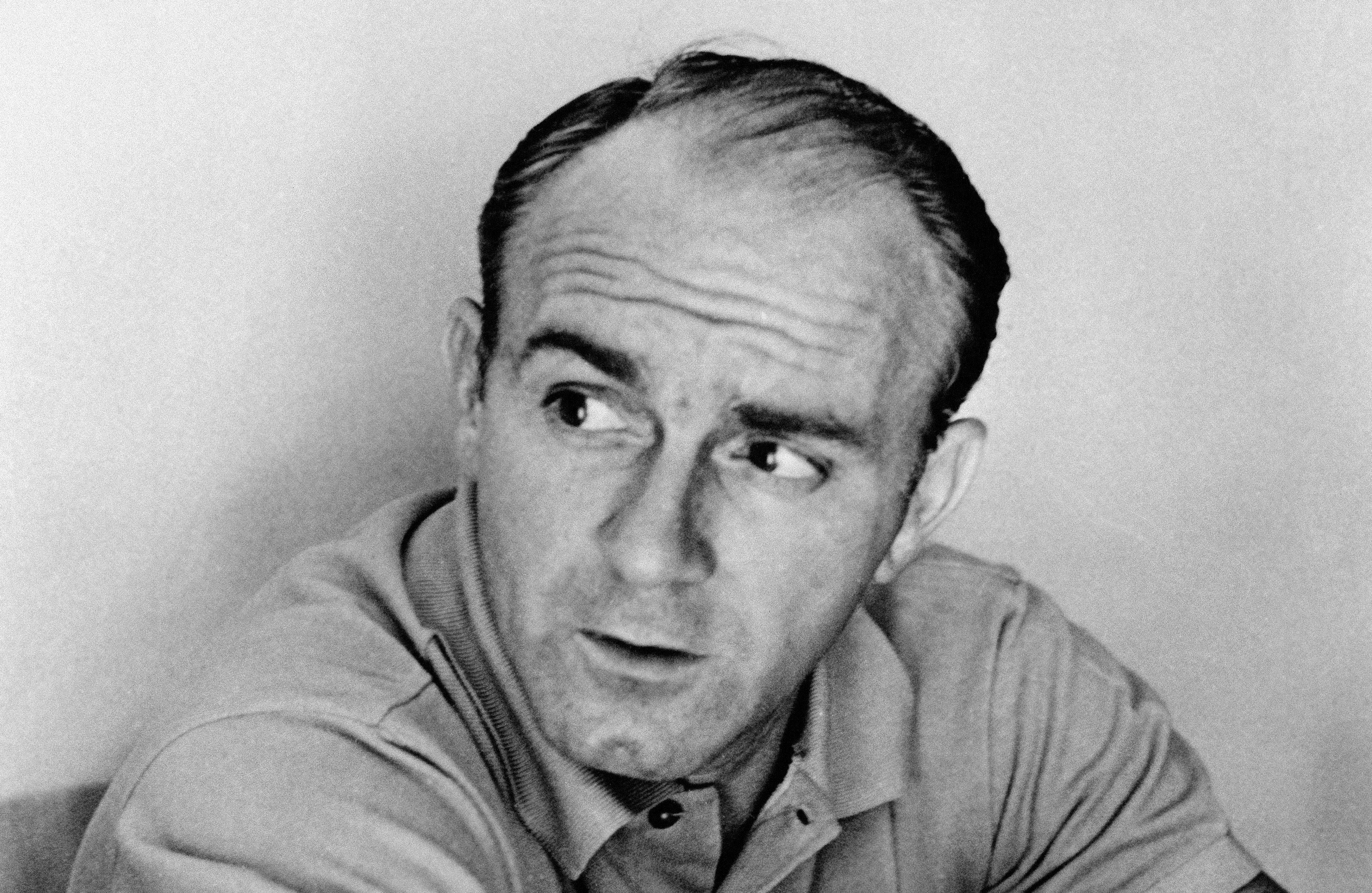 FROM TODAY’S STANDPOINT where the media is becoming over-sensationalised and saturated with flashy headlines, vines and stories, it can be hard to take the time to fully appreciate a feel-good story.

Although football is hardly free of corruption, criticism and negativity, there are always narratives seated within it that manage to draw us in with their raw truth. The complex tactics behind why some footballers get better with age while others fade from view can often offer the simplest of pleasures.

After all, everyone loves a story of renewal; one that defies the odds as players look to transform themselves and break the mould all over again.

And while some offer different strands of redevelopment and rebirth, the awe and wonderment in the way they each do it remains constant. Some improve with changing tactics; others concoct new roles that revolutionise the game, while the rest simply bullishly reinforce their selfish mentality to always be the best.

However they manage to do it, it’s always a captivating occasion.

Midfielders changing tact from trequartistas to box-to-box dynamos; out and out strikers who evolve into playmakers; injury-prone starlets who recover better than ever; even goalkeepers who become sweepers. Unlikely rebirths, each and every one. The history books have seen these faint sketches fleshed out into amazing realities – not merely tactical fantasies from a dusty coaching manual.

Yet, despite how densely populated the footballing world is by these personas and their stories, we remain continually fascinated by their fortunes and their reinvention.

So, what better place to start our journey through some of the sport’s most dynamic athletes than in South America? A continent that has seen so many gems exported to Europe and beyond, a sizeable chunk of their most illustrious names have developed radically over time.

They have often been forced to become more versatile to the tactically-foreign environments they move to, something that has increasingly seen them make a name as game-changers in more than one sense of the word.

Because while adaptability is one thing, these players often go above and beyond that calling to create something much more visceral.

Indeed, two of Brazil’s most famous sons, Romário and Ronaldo, are perhaps the best examples of how players can continually and markedly defy the odds and push past the boundaries of football.

Romário was far from the model professional; his story is one of mystery, controversy and stardom. But through his synergy and cataclysmic play, the infamy and negativity were often outweighed by his sheer genius on the field of play. Netting a dubious 1,000 goals, winning the World Cup, labelled the Champions League’s top scorer at just 23, and proving his ability time and again to capture headlines and trophies, he ensured his moments in the limelight didn’t pass by unnoticed.

But it wasn’t all eye-catching statistics and flashy figures with Baixinho. Renowned by many as an innovator as well as a finisher, he had a huge impact on the evolution of the striker’s role.

Involving himself more in the midfield game, not getting isolated up top, the ex-Barcelona star allowed more attacks to develop. Through his pace and close control, he could charge effectively at the back-line – a footballing sight that’s all too well engrained in the minds of the defenders he faced.

Romário even experienced an upturn in fortune in his later years. In his early-30s when he partnered Ronaldo for the Copa América and Confederations Cup, he was on the verge of a call-up to the national team for the World Cup. But injury forced him to sit it out.

Amazingly, he continued playing for his country until he was 39, an amazing testament to his constant ability to re-think his footballing philosophy as well as to his egotistical mindset

Ronaldo, too, was involved in this spring of talent and inspiration. Younger than his fellow countryman by more than a decade, he was spurred on by him to pick up his mantle and run with it. Shadowing Romário during the new breed of attackers cropping up, he arguably became more successful than his international comrade. Thierry once commented on the duo:

“They [Ronaldo and Romário] were the first to drop from the box to pick up the ball in midfield, switch to the flanks, attract and disorientate the central defenders with their runs, their accelerations, their dribbling. Who’d done that before?”

The legendary Henry really gets to the nub of the issue in his description of their play, because they were neither false nines nor traditional number 10s. It would be a misnomer to call them either, but the fact remains that they were major influences in a groundbreaking tactical evolution.

But they aren’t the only famous South Americans who defied definition. The great Argentine Alfredo Di Stéfano arguably did it better than most. So much so, that he’s often credited with being the spring from which Total Football eventually burst.

An orchestrator of the game, his time with Real Madrid is the best example of a player who not only reinvented a position, and continued to improve it well into his late 30s, but of a player who dazzled some of his most superb peers.

Helping Los Blancos win La Liga for the first time since 1933 when he quickly became their star man, the Blond Arrow also helped them to an astonishing five European Cups during his spell. It wasn’t merely his trophy haul or his success that saw him revolutionise the game, however. It was, of course, the way he played it, which is definitely best summed up by Sir Bobby Charlton:

“He takes the ball from the goalkeeper; he tells the full-backs what to do; wherever he is on the field he is in position to take the ball; you can see his influence on everything that is happening… I had never seen such a complete footballer. It was as though he had set up his own command centre at the heart of the game. He was as strong as he was subtle. The combination of qualities was mesmerising.”

Watching the 1960 European Cup final against Eintracht Frankfurt – which Madrid won 7-3 – you can clearly see the way he both started and ended a multitude of attacks by retreating to take the ball off the defence before charging downfield to set up attack after attack. Indeed, it’s no wonder the late Madridista holds such a great cachet with the fans as his legacy burns brightly.

Switching our attentions to Europe, and Hungarian legend Nándor Hidegkuti was yet another genuine trailblazer. But was he a striker? A midfielder? A finisher? In truth, it’s difficult to say because the game has changed so much since his heyday.

Unquestionably, though, he was a creator; a sculptor of his own interpretation of the game who is widely regarded as a spark that has come to inspire so many footballers throughout history.

Reinventing a multitude of roles, he is largely forgotten having played in the shadow of Ferenc Puskás during his peak. And what’s more is that he continued to defy opponents and wow spectators with a brilliant rendition of each part – like a one-man show in a bygone era, it goes without saying that he’s certainly not without his brilliant moments.

He once took down one of the best teams in the history of football with a man of the match display against England where he netted a sublime hat-trick in a 6-3 win in 1953. Stunning the 100,000 strong crowd at Wembley, even the commentators that day were caught unaware by his sublime play, saying early in the opening half: “Well, we were all told to watch Puskás, but so far, Hidegkuti has been the danger man.”

What’s more, he did it at 31 years of age. Considering the mould-breaker retired when he hit 36 and that he began his football journey at the tender age of 20, he wasn’t exactly a spring chicken. Yet he still managed to dominate that famous match with some brilliant touches and runs from deep that had England totally baffled.

Amazingly, he achieved this all just a year before reaching the World Cup final against Germany – proof of his capacity to re-imagine himself under the guidance of coach Gusztáv Sebes.

Glancing further southwest on our sprawling map of Europe, Italy attracts attention for its continued production of endless talents. Indeed, two of the most recent examples of stars that have found a second wind as they’ve aged have been midfield maestros and legends of the game: Andrea Pirlo and Francesco Totti.

Transforming from wingers to attacking midfielders to deep-sitting conductors of the game throughout their careers, they might not have conjured up a new position out of thin air, but they did game the system to an extent – they adapted, grew and continued to develop their skills beyond the usual “peak” age. Still playing to this day, the two Italians remain among the best performers in world football.

In fact, in 2014, L’Architetto was named Serie A Player of the Year by his peers in his mid-30s. Admired for the way he’s managed to battle against the enormous wave of expectation to wane with age, Pirlo is one of the most revered characters of the modern game.

Totti, too, has received some of the highest praise by some of the most famous names, with Zdeněk Zeman singling him out as the best Azzurri to play the modern game.

Each and every one of these pathfinders took various ideas of the game and shook them vigorously. Rearranging them to suit, they, and many more, have each contributed so much originality to the game.

Far from being pinned down by the constraints and the laws of football, they not only defied ageing, conditioning and opponents, but they came through one of the most enduring battles a footballer can ever encounter: time.

Ensuring their class is never eroded, the memories and moments they gave us remain emblazoned in our minds. For they are the true catalysts of football who have helped to not only shape the way the game is today, but have inspired others to follow in their footsteps so that it refuses to stagnate or stay rigid for too long.