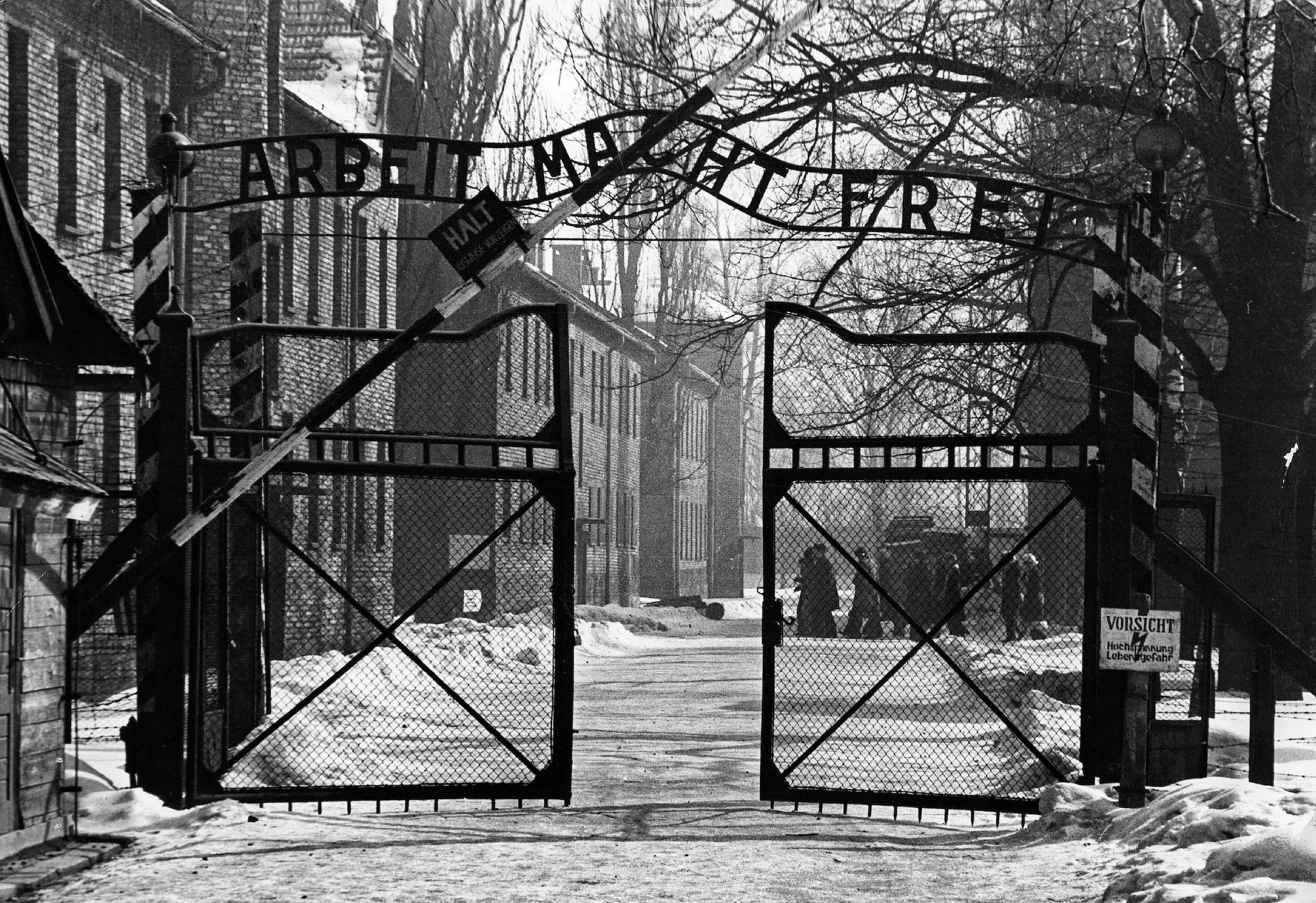 The diverse scope of grounds around the world is a testament to the perseverance and omnipotence of football. The beautiful game is played in the remotest locations across the globe, while in the past, infamous matches, like those on the Western Front in 1914, have taken place. However, the existence of football at the Auschwitz-Birkenau extermination camp, a place that bristled with evil and death, is perhaps as surprising to the reader as it should be horrifying.

The thought of playing such a joyful sport contrasts greatly to the dark surroundings of Auschwitz. The semi-autobiographical literature of Holocaust survivor Tadeusz Borowski evidences this: “Between two throw-ins in a soccer game, right behind my back, three thousand people had been put to death.” Such a startling and macabre timeframe gives a completely new perspective to something that would usually be seen as a relatively standard piece of play in today’s game.

Football was a privilege at Auschwitz, open to only a select few people. Ultimately, the SS and guards of the camp were the main people to take to the football pitch at Auschwitz-Birkenau. Surprisingly, though, a handful of political prisoners and professional players, interned in the camp due to their creed, were sometimes allowed to serve as the opposition.

Moreover, some working prisoners were allowed to play football as a labour incentive. As the forced industrial labour performed by prisoners was vital to the Germans’ war effort, a twisted ‘reward scheme’ was set up by SS Chief Heinrich Himmler to boost morale.

Many of these players came from the ranks of a group viewed contentiously in the annals of history: the ‘Kapos’ – privileged prisoner functionaries allocated by the SS in a system that turned Holocaust victim against victim. As a result, football came as a reward for disloyalty, to the detriment and continued persecution of other prisoners in the camp. 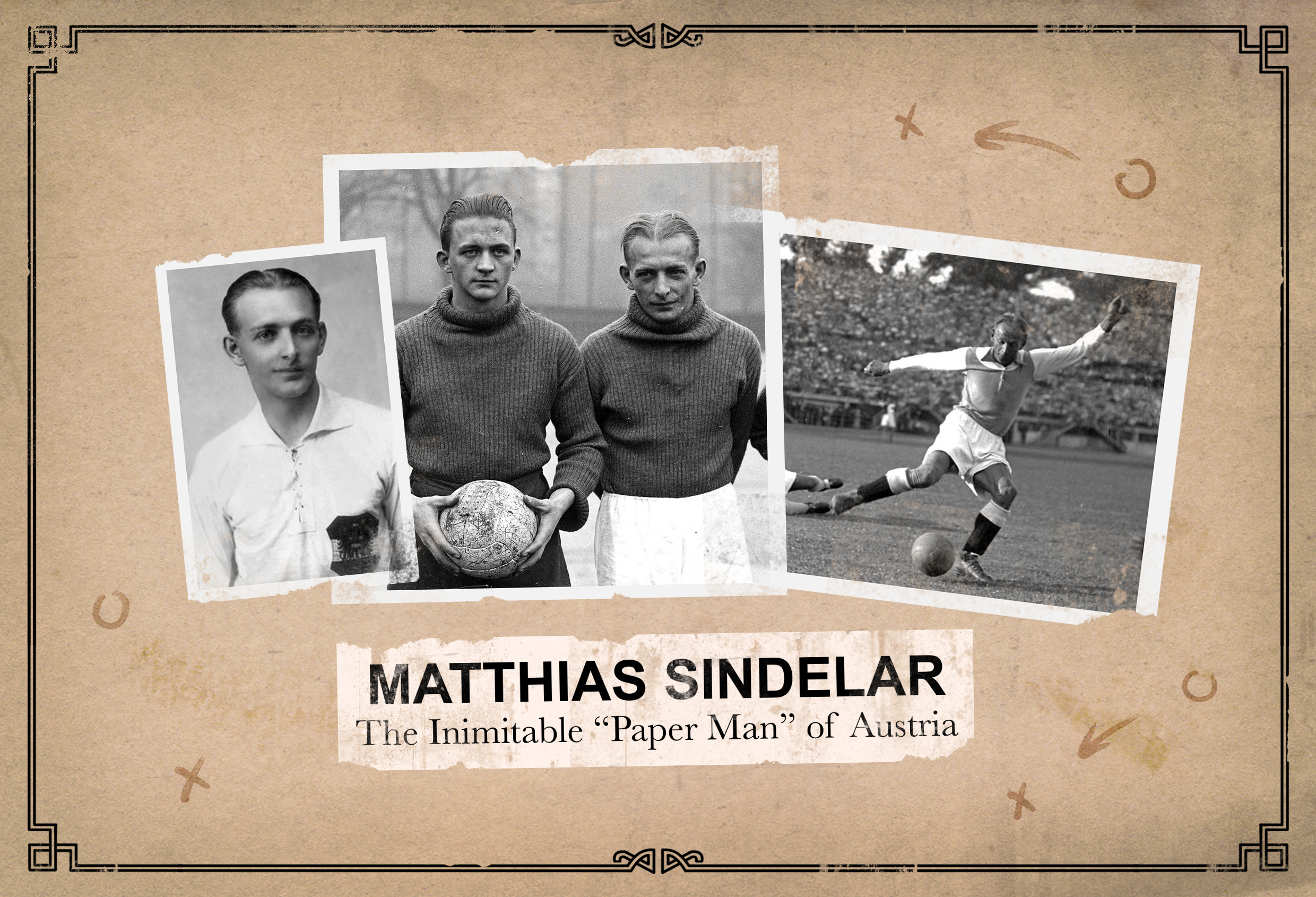 Read  |  Matthias Sindelar: one of the greatest pre-war footballers who danced before the Nazis

The idea of football as a privilege is clear from figures taken from the Buchenwald extermination camp. Despite containing more than 80,000 prisoners by the end of the war, only 12 teams of seven players were allowed to participate. That constitutes a figure of roughly 0.01% of prisoners having the chance to play football. The other 99.99% were deprived of sport and leisure, a fundamental human right.

These were the people who went on to suffer to inhumane extremes. It was this group – the younger and weaker persecuted persons – that “left the camp after their arrival by the usual route, via the chimney”, as per the notes of Auschwitz survivor Andreas Sarasopa. Those allowed to play football were fortunate.

The use of the word fortunate here is a measured and comparative one, of course. Nobody was fortunate to be persecuted by the Nazis, but through the lens of a persecuted person, being able to play football on a Sunday was a privilege, in comparison to another day of intensive labour – or indeed, a day where the SS could take your life. The liberty we have today to play and watch football whenever we want is an indispensable freedom that we are incredibly lucky to utilise.

Due to its mainstream prevalence, the idea of playing football may seem like a routine one in today’s world. Football games happen every day around the globe. When put into the context of Auschwitz, however, the notion of football becomes more sinister. Former Austrian player Igor Fischer, a survivor of Auschwitz, sums up why: “The opponent out on the pitch was a very special one. They could also kill you. Not on the pitch, but later on.”

It is hard to see how playing football against such a group of people could be remotely pleasurable, such was the proximity to death. Indeed, the pitch at Auschwitz-Birkenau was located next to the crematorium, a morbid silhouette overshadowing the lighter happenings of a kickabout. To derive pleasure from this seems inconceivable. 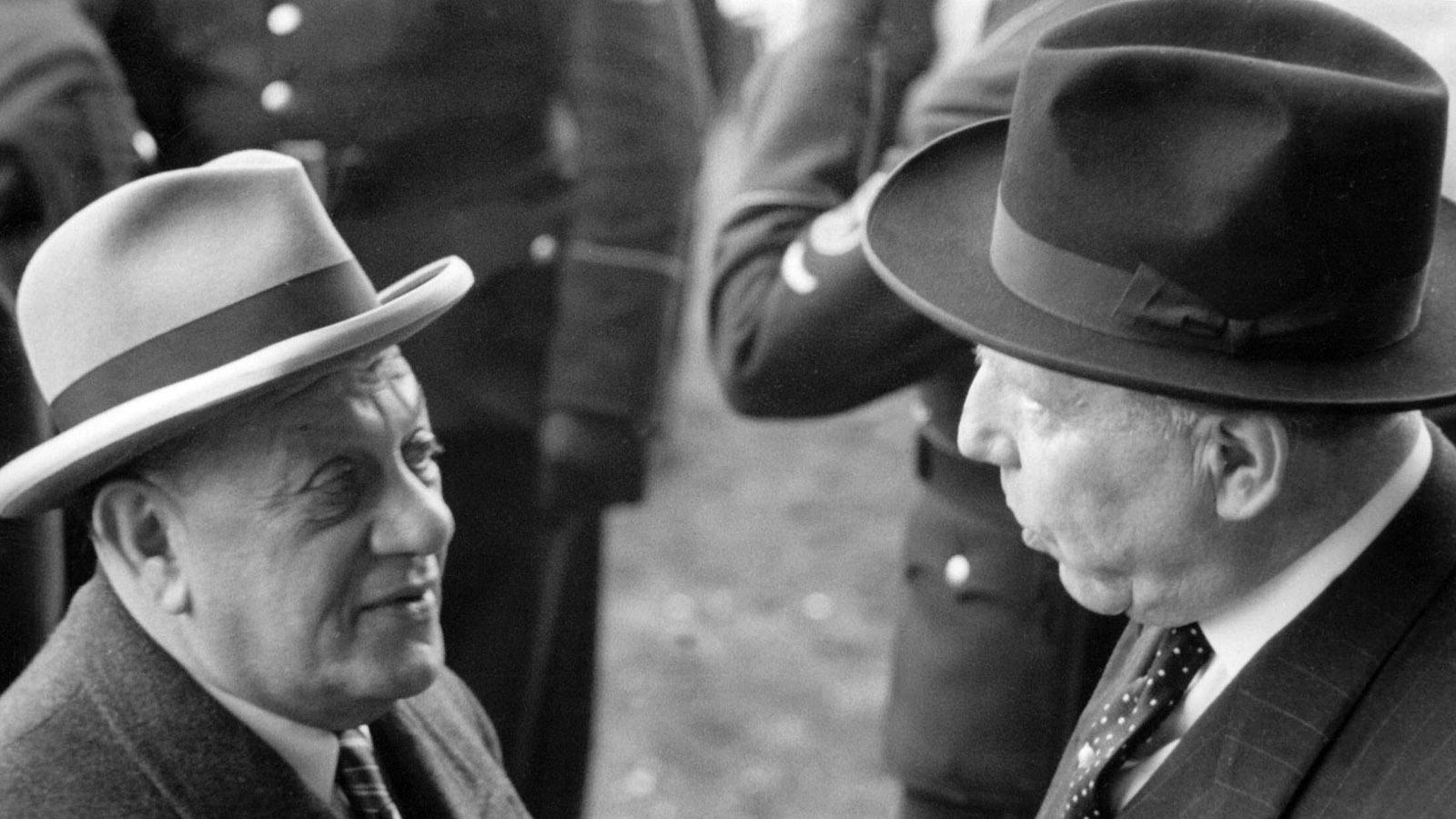 Read  |  Bayern Munich, Kurt Landauer and a defiance of the Nazis

Elements of the pitch are also given a startling and mortifying new purpose in the context of Auschwitz. Sarasopa explains how a 1.6-metre-tall crossbar was used by the SS for very non-footballing purposes. Young people were forced to walk under it, told that the smallest of them would be taken to harvest potatoes. But then, the tale takes a dark turn: “As if from nowhere, more SS men, this time with dogs, appear.” The smallest kids were driven away with clubs and dogs.

Sarasopa explains that “a camouflaged selection for the gas chambers has just taken place.” It is startlingly clear from this bleak tale how the reality of Auschwitz could always catch you, despite the neutrality and freedom that the comfort of a football pitch should provide. Death was always around the corner.

Auschwitz-Birkenau survivor Ron Jones, a British soldier captured in the Middle East and sent to the camp, remembers the crematorium next to the pitch at Birkenau, partly due to the malodorous smell of death that exuded from the facility. He highlights the redeeming nature of football in such excruciating conditions: “Scoring a goal, making a save or arguing about an offside was the only way you could stop yourself from cracking up.” He evens credits the fitness he gained from playing football at the camp to saving his life, allowing him to overcome the gruelling death marches from the camp as the incoming Soviet Army marked the end of the war.

Millions of innocent people were murdered at Auschwitz-Birkenau, including many footballers and coaches whose careers were tragically cut short by the Holocaust. Former Internazionale player and manager Árpád Weisz, a Hungary international, was murdered along with his family in the camp, while former Germany international Julius Hirsch, the first Jewish player to represent the national team and a German championship winner with Karlsruher, also lost his life. The German Football Federation now awards the Julius Hirsch Prize for outstanding examples of integration and tolerance within German football in his memory.

With murder and pleasure existing side by side in such close proximity, it’s no wonder that the historically inoffensive nature of football could turn back to reality in an instant. Historian Wolf Oschlies reports of the intimidation used by the SS if players embarrassed their oppressors: “The SS occasionally threatened the Polish goalkeeper if he held up too well in games against ‘German’ teams”. Knowing that one’s actions on the pitch were ultimately dictated by your captors is an unpleasant thought, demonstrating the inability to play at one’s best for risk of punishment. 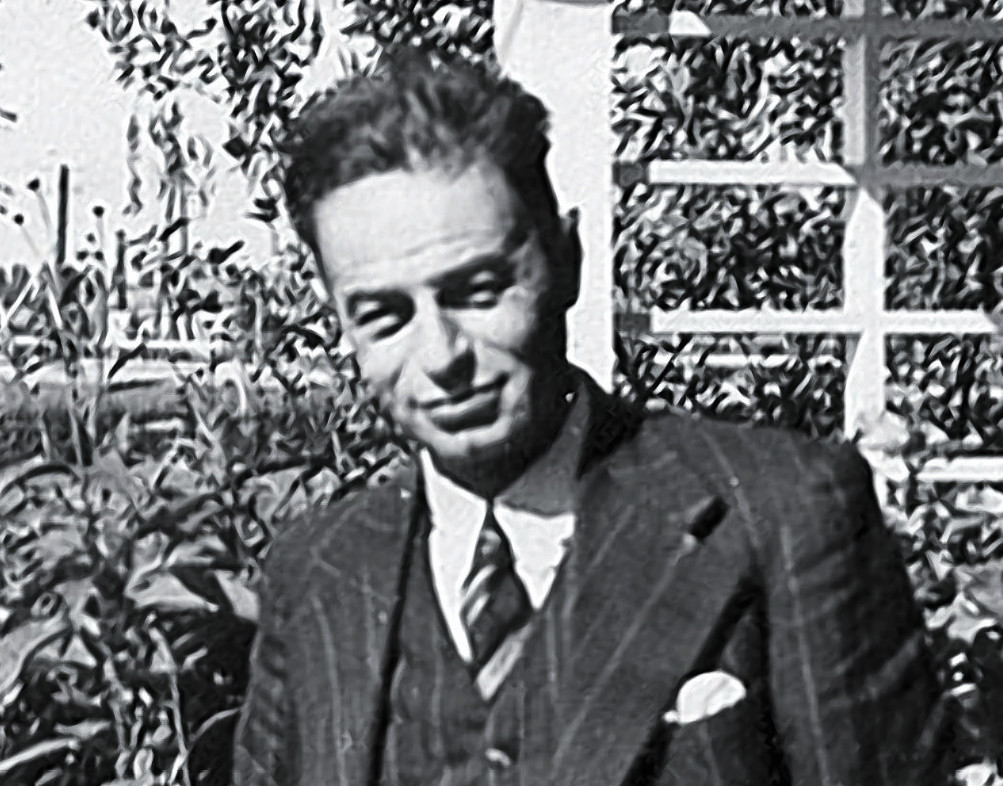 Despite the threat against their lives, when a non-German team won, the Polish team celebrated “as if Poland had won the war”. A display of jubilation in such a bleak and morbid setting is an incredible feat of resistance and shows the permanence of the spirit of football.

Such spirit was also seen on the Western Front in 1914, when soldiers on both sides reportedly laid down their arms on Christmas Day to have an amicable kickaround. In spite of adversity, there is always room for football.

On Holocaust Memorial Day, it is vitally important to reflect on how the Holocaust threatened the fabric of modern civilisation, persecuting millions of people based purely on their convictions, creeds and beliefs. Such tears in this fabric are still felt by survivors and their descendants today.

This is being felt in grounds across Europe, with the safe haven of the football pitch being threatened on a terrifying scale. Racist incidents are becoming more commonplace, kindled by virulent far-right political diatribes that are proliferating racism in modern-day society. This seeming prevalence of hatred is tarnishing the constitution of the beautiful game, vitiating its inclusivity and mirroring the discrimination that fragmented the safe haven of the football pitch during tyrannical Nazi rule.

There are some that argue that football should be an apolitical sport. However, prejudice and the language of hatred transcends politics. Discrimination is not something where sides can be taken. Nobody deserves to feel threatened or unable to play at their best for simply being themselves. Honouring the testimonies of the victims and survivors of the Holocaust is indispensable for confronting the egregious discrimination that still engulfs modern football to this day.