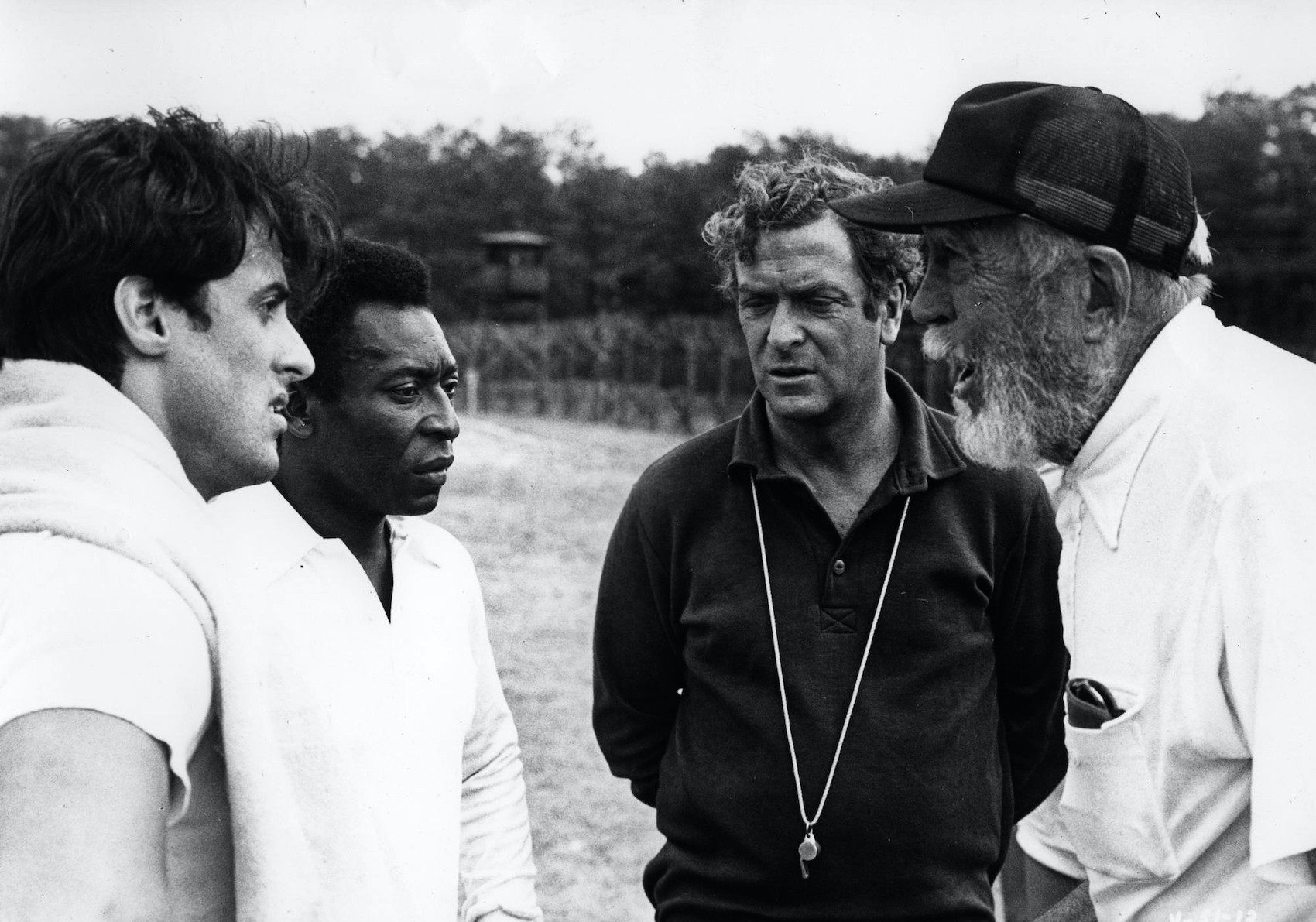 Legendary Stoke manager Tony Waddington once called football the “working man’s ballet”. It was the perfect companion to Pelé’s “beautiful game” – a fusion of grit, skill and sheer drama played out every Saturday afternoon. The wealthier classes had their ballet and we had our football. It might, therefore, have provided a rich source of material for filmmakers through the years, however the game has largely been poorly represented on the big screen.

A subtle distinction comes into play between the cleanly executed documentary and full-blown dramatisation. There have been some memorable documentaries, but filming an event with the appropriate commentary is a relatively simple task. A good editor can provide the bells and whistles for a stunning end product.

The greatest football documentary of all was Goal!, the official film of the 1966 World Cup. Written by Brian Glanville and deftly narrated by Nigel Patrick, it provided a poetic vision of the game in glorious technicolour. A very close second is the acutely observed One Night in Turin [2010], the story of England’s gallant failure at Italia 90 and that gut-wrenching penalty shoot-out against Germany. While it captured the game’s enduring appeal, there was a greater emphasis on the sociological impact; the festering wound of hooliganism and prelude to the game’s rebirth on Sky.

However, the real challenge for filmmakers is a feature-length depiction from scratch. Invariably, they are faced with a stark choice: cast an actor who can’t play football or a footballer who can’t act? An uneasy compromise ensues with mixed results. In Best [2000], John Lynch takes the role of wayward genius George Best. However, aside from a shared Ulster heritage, they had little in common.

Lynch was nearly 40 when the film was made and nowhere near the lean, fresh-faced kid who broke into Manchester United’s first team in 1963. Close up shots of Lynch dribbling fused with archive footage is wholly unconvincing. The casting was better suited to Best in the latter stages of his life, and not an all-encompassing life story. They didn’t realise how much easier it is to age a young actor on screen; it just doesn’t work in reverse. The record of filmmakers in portraying a realistic narrative is variable as they try to make the truth more interesting.

The Dammed United [2009] was based on a hugely controversial book written by David Peace. It documents Brian Clough’s ill-fated 44-day reign at Leeds, with earlier episodes of his life told in flashback. The Clough family rightly disowned the book as a gross distortion of the facts. Johnny Giles sued the publishers for libel and later settled out of court. Quite simply, the book was fiction masquerading as fact.

It came as no surprise the film was a more faithful, albeit safe portrayal of Clough. Michael Sheen was outstanding in the role, perfectly capturing his manner and temperament. The football sequences were, for a change, reasonably well shot, and Stephen Graham was cleverly cast as combative Leeds captain Billy Bremner. Timothy Spall as assistant Peter Taylor was inspired casting. 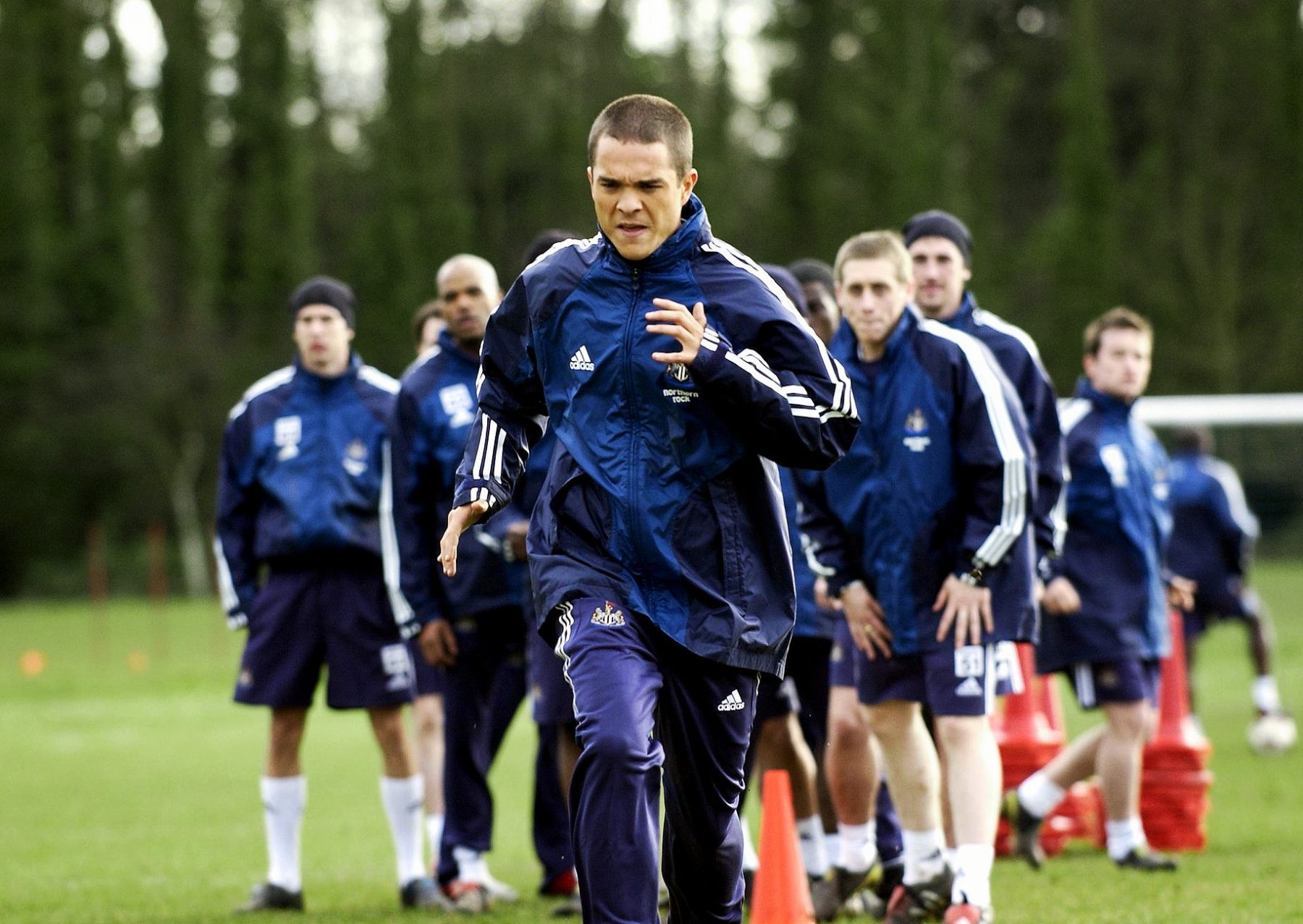 Read  |  From Real Madrid and Newcastle to Beckham and Zidane: how the Goal! movie franchise was built

Although strictly speaking a film made for TV, The World Cup: A Captain’s Tale [1982] is a fine example of how football should be portrayed on screen. It tells the true story of non-league West Auckland’s first ‘World Cup’ victory in 1909. They had the benefit of Dennis Waterman cast in the role of club captain Bob Jones. Waterman had been a useful player in his youth and played regularly for his own showbiz XI. He logically bought actor pals from his own team into the production. The effect was significant as the cast were used to playing together, and the match sequences were excellent as they filmed a proper game of football.

It’s not entirely clear why West Auckland were invited to compete in the tournament created by entrepreneur Thomas Lipton. With reigning league champions Newcastle just down the road, it remains a charming mystery forever lost in time. West Auckland joined teams from Italy, Germany and Switzerland in a four-team knock-out and beat FC Winterthus 2-0 in the final. Two years later they repeated the feat, trouncing Juventus 6-1 in the final. There was humility in the story of men from a mining community who wrote themselves into history, because football gave them a sense of identity and purpose.

Similarly, the Miracle of Berne [2003] relates a powerful story of West Germany’s surprise victory in the 1954 World Cup. The central character is Matthius, a young boy growing up in post-war West Germany. He befriends local football hero Helmut Rahn, who is convinced Rot-Weiss Essen only win when Matthius is watching.

The boy’s father, Richard, returns from the eastern front scarred by 11 years’ imprisonment and struggling to cope with the world. Father and son start to bond as West Germany make unlikely progress in the competition. Rahn makes the starting line-up for the final against Hungary as Matthius and Richard head for Switzerland to watch the game. The film is beautifully shot and perfectly captures the game’s universal language. Competing for the first time since the war, it marked the beginning of Germany’s rehabilitation. The social and political impact of football was evident as their team overcame the odds.

Some films feature little or no game action but are still classed as part of the football genre. They become something of a psychological study of the game’s effect on people’s lives. For example, Fever Pitch [2004] charted Nick Hornby’s lifelong obsession with Arsenal, and how they became an emotional crutch in his life.

Hornby saw football both as surrogate and metaphor for the ups and downs in his life. The story reaches a climax in the 1988/89 season as Arsenal play Liverpool at Anfield. The Gunners require a win by two clear goals to take the league championship. Leading 1-0 deep into injury time, Michael Thomas slotted in a second that sent Gooners into rapture. But it was Hornby’s ebullience rubbing off on those closest to him that left the strongest impression. His girlfriend, mother and friends were all sucked into the same wave of excitement and it became a more authentic viewing experience because it’s real.

However, some films have taken artistic licence to dizzying heights at the expense of realism. Take the ludicrous but hugely entertaining Escape to Victory [1981]. The heavyweight cast might have saved its credibility, had it not been for a plot totally devoid of logic or reason. Prisoners of war having a kick about to pass the time is one thing, but to have said players transported to Paris for a showpiece fixture against the Wehrmacht? It just would not have happened, and to make matters worse two German officers express the same reservations on screen. It might be refreshingly honest to admit it in the script, but it also takes the audience for complete idiots in the process.

The actors in non-playing roles were fine. Max Von Sydow and Daniel Massey, for example, were excellent as protagonists in the piece. But the casting of players would swing from sublime to the downright ridiculous. Yes, they recruited Bobby Moore, Mike Summerbee, Ossie Ardiles and the inimitable Pelé, but they could barely string a sentence together on screen.

Typically, Mooro’s personality deserted him whenever the cameras rolled. He looked stiff and awkward even during the playing sequences. Michael Caine played John Colby of West Ham and England. So, we are expected to believe Caine, who was 48 at the time and at least two stone overweight, is an England international? True, they did provide a body double for the distance shots, but Kevin Beattie of Ipswich fell some way short of being Caine’s doppelganger.

Sylvester Stallone as goalkeeper and trainer Hatch was surprisingly one of the better choices on the playing side. They needed Stallone to sell the film in America and to put him in goal made sense. At the time, many Americans weren’t used to the ball at their feet but had a natural affinity with it in their hands. Even that doesn’t explain the transformation of Hatch, though, who at one point didn’t know where to stand for a corner, yet in the second half was jumping around saving penalties.

Ipswich must have been short of a summer tour that year as their entire squad were involved in the film. Aside from Beattie, there was Russell Osman and John Wark in the Allied line-up and Paul Cooper playing in goal for the Germans. Bizarrely, winger Kevin O’Callaghan was cast as Allied goalie Tony Lewis. Heroically, he agreed to have his arm broken so Hatch could be sprung from solitary. I’ve heard of taking one for the team but that’s just plain ridiculous.

What’s even worse is the outrageous suggestion it was based on the infamous death match from World War Two. When Ukraine was occupied by German forces, players from Dynamo Kyiv formed a team called FC Start. They aroused the attention of their Nazi occupiers who insisted Start play own team, Flakelf. Start won 5-3, but it is still bedevilled by rumour and Soviet propaganda. It was suggested the entire Start team was shot for daring to defeat the Nazis. The reality is that most of the team made it through the war but the game became a tool for propaganda.

This is surely the film John Houston should have directed, not Escape to Victory? Numerous books, articles and documentaries have been made about the death match, but as yet no English language film has been made. This says much about Hollywood filming the wrong story. But what excuse do our own filmmakers have? There is, after all, a goldmine of stories waiting to be filmed. The fact that Escape to Victory still stands out as a football movie really sums it up: it’s about time the film industry cashed in and made a truly great football movie.