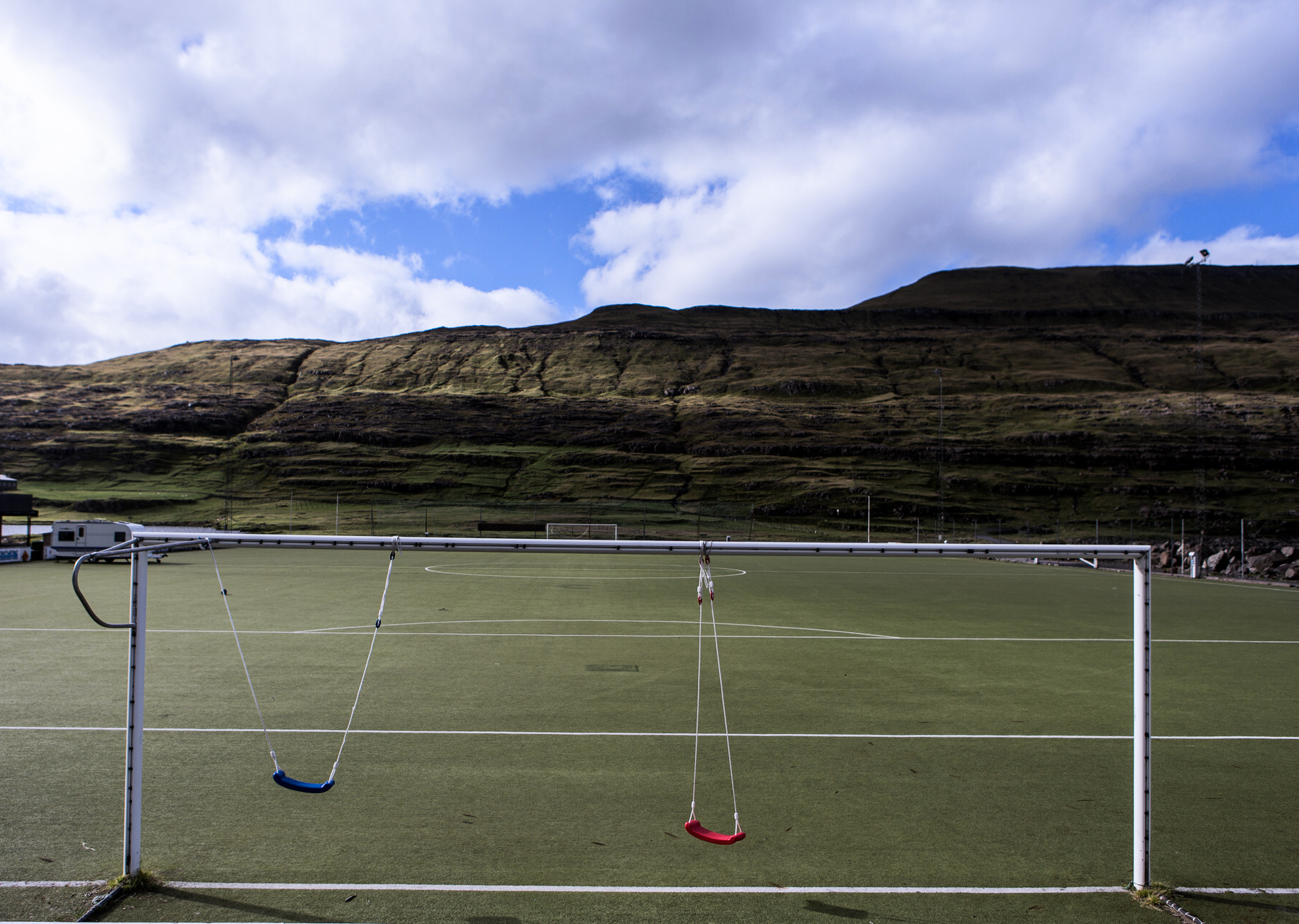 Rising from the North Atlantic Ocean between Scotland, Iceland and Norway is an archipelago of 18 volcanic basalt outcrops, characterised by rugged, wind-swept landscapes of grassy heathlands and dramatic cliffs, dotted with quaint fishing villages and turf-roofed houses.

These are the Faroe Islands, where sheep outnumber people by 20,000, and 97 percent of the economy is based around fishing. Settled by Vikings arriving from Norway in the ninth century AD (although some suggest Irish monks had arrived several centuries earlier), the Faroes have a long and complicated political history. Spending several centuries under control of the dual Norwegian-Danish monarchy, the Faroes were ceded to the Kingdom of Denmark along with Greenland and Iceland following the Treaty of Kiel in 1814.

Today, the Faroes hold a high degree of autonomy – but not full independence – as a self-governing country within the Kingdom of Denmark, having been granted home rule in 1948.

This tiny, remote nation also represents one of the most remarkable footballing success stories in recent years, as the sport has become a potent medium for the expression of Faroese identity. With a population of just over 51,000, there are over 5,000 registered footballers in the Faroes, which equates to 10 percent of the entire population, along with 20 full-sized pitches.

The Faroe Islands Football Association – Fótbóltssamband Føroya – was only established in 1979, and the national team, Landsliðið, became a member of FIFA in 1988, latest joining UEFA in 1990. It is now the fourth smallest UEFA country by population, ahead of Gibraltar, San Marino and Liechtenstein.

Prior to its accession to these official bodies, the Faroes only played friendly matches against the likes of Iceland, the Shetland Islands, Greenland and the Danish under-21 side, also competing in unofficial competitions such as the Island Games and the Greenland Cup, both of which they won twice, featuring other non-UEFA/FIFA members.

Their first competitive win was a 1-0 victory against Austria in Euro 92 qualifiers, which was played in Sweden as the Faroes didn’t have a suitable pitch of their own at the time. It has since gone down in folklore as the Miracle of Landskrona as an iconic moment in the rise of the national team.

Ivan Enginsson Eysturland, who has been to over 100 matches in support of the national team over the past 25 years, explains the importance of football for his country: “I believe the Faroese national team is probably more important to Faroese identity and national pride than any other national team in the world, with the possible exception of Uruguay. As the Faroes are not yet a fully independent country, and it’s a very small nation, we used to be all but totally anonymous in the outside world before joining FIFA and UEFA about 30 years ago.

“I bet that 90 percent of people across the world who have ever heard about the Faroes today probably know us because of Faroese participation in international football. For me, Faroese footballers are the best and most efficient ambassadors of the nation.”

Johan Hentze, meanwhile, who also travels home and away to support the national team, makes a similar point: “I think, in general, we are a really proud nation. The national team definitely contributes to that, especially when we do well – which may not be that often. But we do have our moments. Beating Greece home and away always springs to mind.”

In 2014, the Faroes beat Greece 1-0 away from home at a time when Greece were ranked 18th, and the Faroes 187th, before winning the home game 2-1 in 2015, an astonishing feat which catapulted the Faroes up to 74th in the FIFA world rankings and remains, to this day, their greatest sporting achievement.

In 2017, an algorithm calculated the Faroes as the most over-performing national team in the world, as the Faroes topped the list of FIFA ranking points per capita. While today they have slipped to just below 100 in the rankings, this still represents an extraordinary accomplishment, given that only around half of the current squad are full-time professionals.

Tórsvøllur, the national stadium based in the capital, Torshavn, has a capacity of 6000 (12 percent of the national population), which, in equivalent terms, would be comparable to Wembley being able to hold 6.72m fans. The fan group Skansin was created in 2014 after the 1-0 victory against Greece and occupies the main stand of the stadium, where the most fervent supporters congregate.

Their other stadium, Svangaskarð, located in the village of Toftir, is so close to the sea that balls are regularly kicked into the choppy waters and swept away among the waves. It holds the record for the highest attendance at a football match in the Faroes, as 6,642 people witnessed the home side beat Malta 2-1 in June 1997 – equivalent to around 14 percent of the entire population. 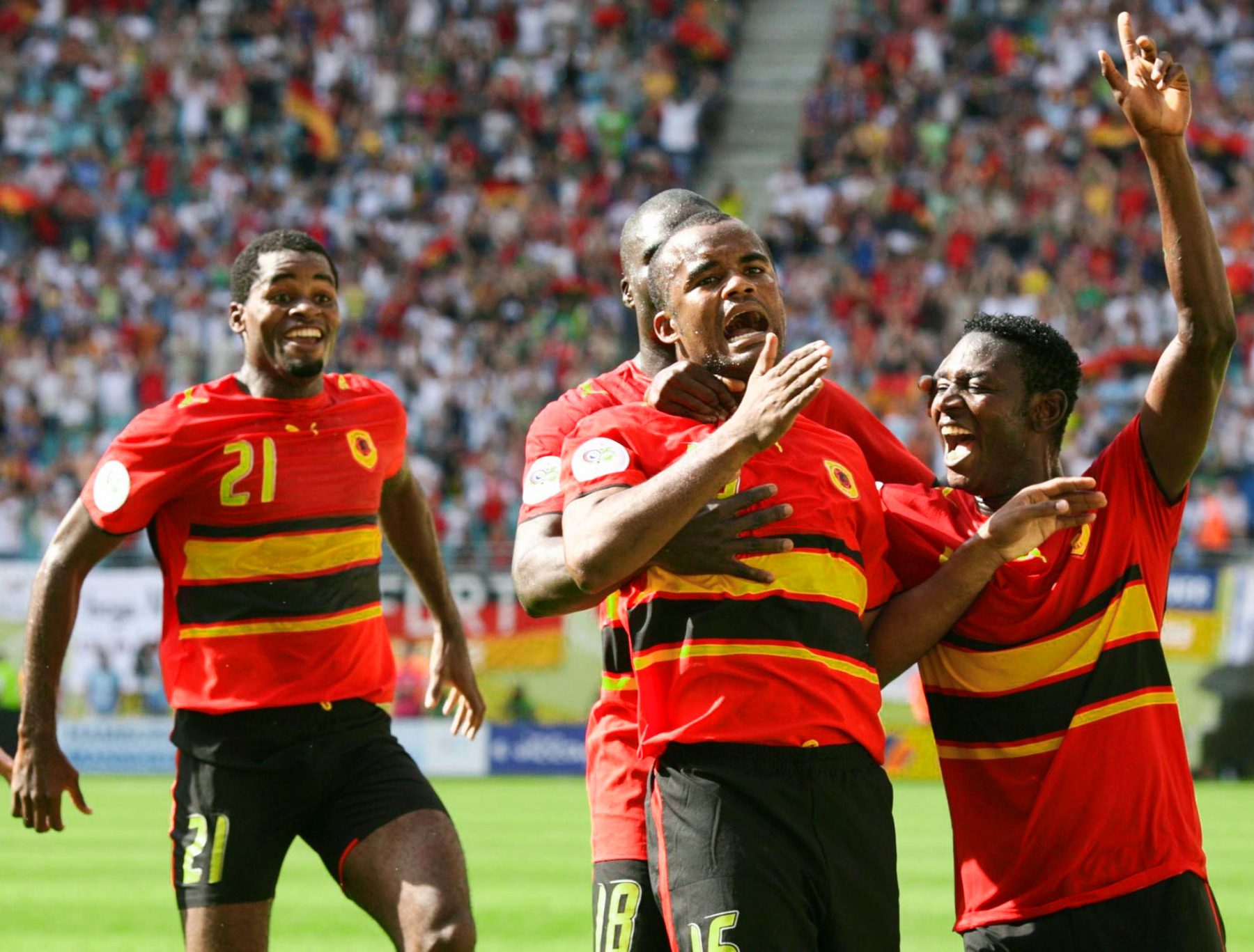 One would be hard-pressed, therefore, to find another country where football is quite so ubiquitous, relative to the population, as in the Faroes.

Which factors, then, have fuelled the growth of football in the Faroes? Eydun Trugvason, who supports Liverpool, as well as his local side NSI Runavik, explains: “Since football is so huge in the Faroes, almost everyone is playing it as a kid, so every talent we have is picked up. There is a lot of time, energy and resources invested in football here. There is both paid work and local volunteering around the country. Lately, a lot of the best Faroese footballers have also gotten professional contracts in countries like Denmark, Norway, Germany and Iceland, and this has certainly raised the level of the national team.”

Johan Hentze reinforces this argument, outlining: “I think our relative successes have largely been due to where the current squad is plying their trade. In the beginning, we only really had amateur players, but that has changed massively over the years. One of our best players ever, Todi Jónsson, has been inducted to the FC København hall of fame, for example. These days we see quite a few younger players leaving the Faroes to chase the dream of professional football.”

Asbjorn Nielsson Nattesand, a board member of the second division club Undrið FF, highlights another key factor in the Faroes’ footballing trajectory: “In the last couple of years, the team has gained more courage and started to play with more confidence on the ball. I have to say that having an under-21 team (formed in 2006) has been of significant importance in this development. Now, almost all our players have come through the youth teams, which gives them more experience and proper training.”

In the most recent national squad, eight play domestically in the Faroes, with five plying their trade in Iceland, three in Norway and Denmark respectively, and one in Germany – the current top scorer, Joan Simun Edmundsson, who plays for Arminia Bielefield in the 2. Bundesliga.

For such a young footballing nation, the Faroes have a highly structured and regulated four-tier league system, with the Faroe Islands Premier League – the Effodeildin – comprised of ten clubs, all of which hold semi-professional status. The oldest club, TB Tvøroyri, was founded in 1892 – the same year as Liverpool and Newcastle.

The champions of the top division enter the first round of Champions League qualifying, while second and third place enter the preliminary round of Europa League qualifying. While there are three sides – NSI Runavik, Argia Boltfelag and EB/Streymur – whose squads are comprised solely of Faroese players, the Effodeildin is surprisingly diverse in its composition, with Brazilian, Spanish, Dutch and Croatian players among 17 nationalities to have featured across the top flight in recent years 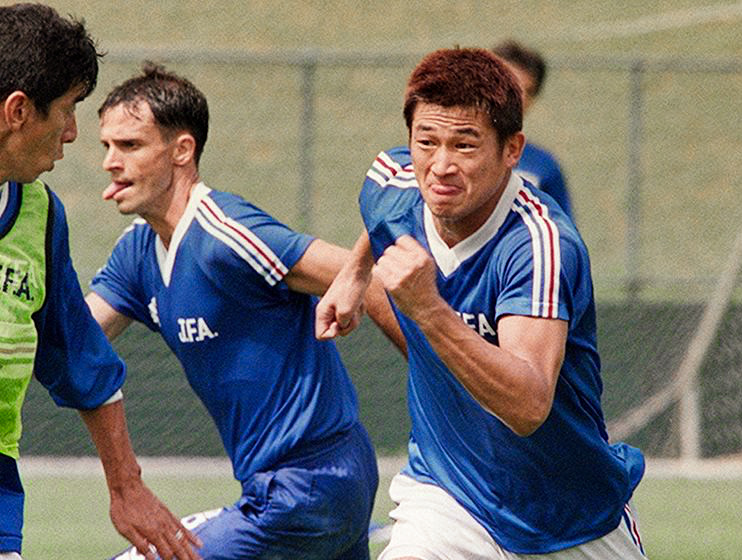 Alex Bellos’ excellent book on Brazilian football, Futebol, delves into the fascinating trend of Brazilian players relocating to the Faroes in order to gain experience and further their careers after struggling for opportunities elsewhere. This gradual globalisation of domestic club football in the Faroes has, therefore, surely helped raise the bar with a knock-on benefit for Faroese players coming through the league system into the national team.

To date, there has only been one Faroese player to have featured in the English Premier League, as goalkeeper Gunnar Nielsen came off the bench for Manchester City in place of the injured Shay Given against Arsenal in 2010. He now plays for Icelandic club FH and remains one of the Faroes’ highest-profile exports, although as the quality of coaching and facilities continues to improve, it would be little surprise to see more Faroese players appear across professional European leagues in the future.

Currently managed by former Danish Euro 92 champion Lars Olsen, the national team are still awaiting their first qualification for a major championship, but suffered two defeats away from home against Malta and Romania in Euro 2020 qualifying group F, with the visit of Spain in June on the horizon.

Ivan Eginsson Eysturand outlines his hopes and expectations for the national team: “To be honest, I’m less optimistic now than I was at the start of this campaign. When we lost 2-1 away against Malta, it was the first time in five competitive games against them where we’ve lost. The general opinion here is that the team played significantly better when losing 4-1 to Romania, and the result didn’t really reflect the performance, as the players gave me some real hope for the rest of this year. I’m confident the Faroes can beat Malta at home, and hopefully some more points against our Nordic neighbours too.”

Eydun Trugvason and Johan Hentze both highlight the games against Norway and Sweden as big occasions where the Faroes have the opportunity to upset their larger Scandinavian cousins as a matter of pride, while acknowledging that for now at least, any hopes of qualification for the tournament are fanciful after the disappointing start to the campaign.

Nevertheless, the Faroe Islands’ footballing journey is a fascinating tale of sporting development and national identity-building in one of Europe’s most remote and lesser-known outposts. To the external observer, what might seem to be relatively minor achievements are, given the population and geographical situation of the Faroes, a remarkable triumph against the odds.