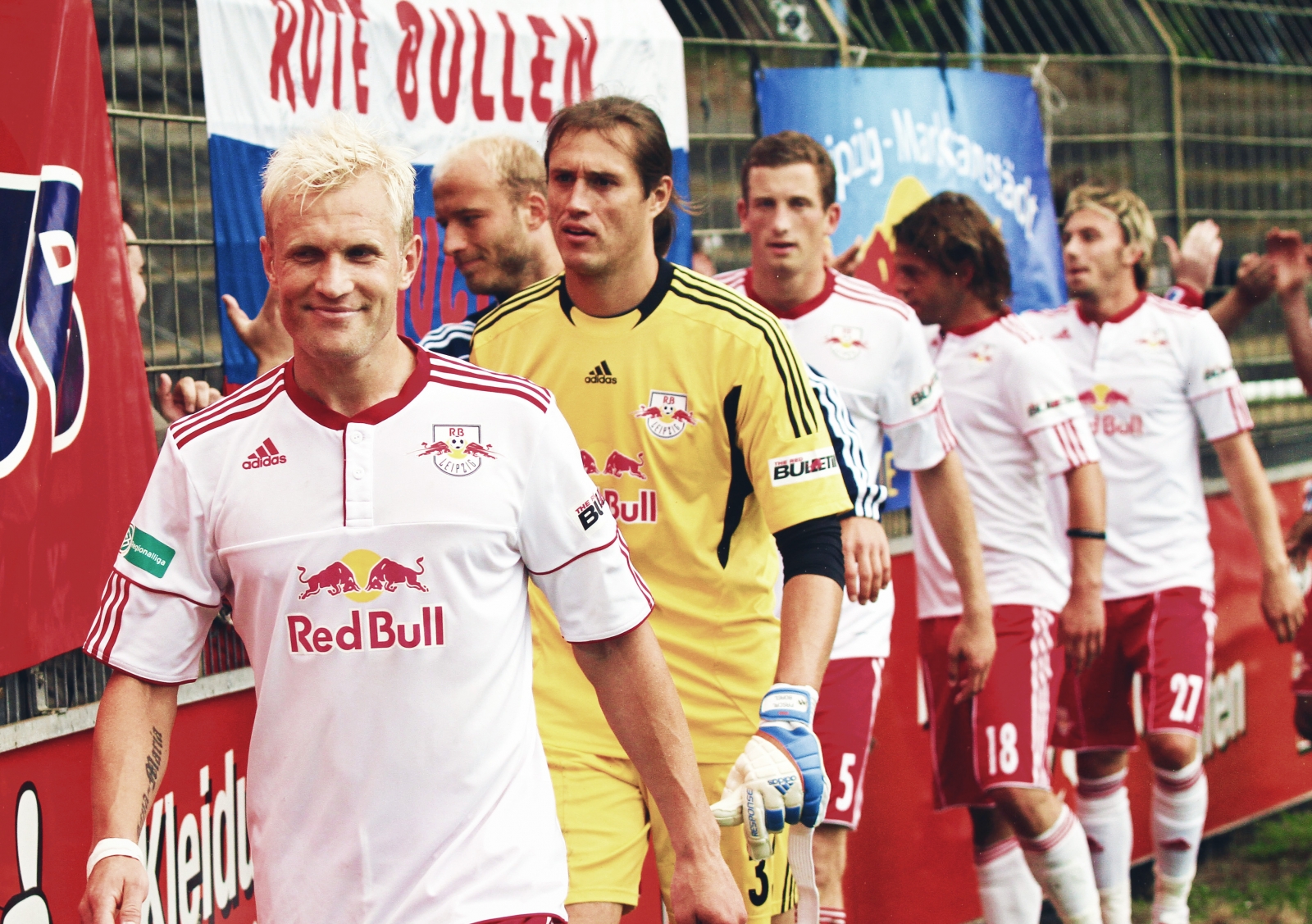 They had to run – a wild mob was chasing them. This was no game. The actual game had been whistled to a close a few minutes earlier. On 8 August 2009, RB Leipzig experienced a vitriolic welcome to the world of football.

The beginnings of the club were far from glamorous, far away from the spotlight. No VIP lounges; no air-conditioned dressing rooms; no high-tech media areas. Only a few cameras from local outlets and regional television broadcaster MDR captured the first competitive match of RB Leipzig. Fifty-five supporters saw themselves outnumbered in the stands and their team secure a point against the reserve side of Carl Zeiss Jena thanks to a late own-goal.

Head coach Tino Vogel, son of GDR football legend Eberhard Vogel, appeared to be distraught after the match – not over his team’s performance, but over the lack of fences that normally keep enraged fans away from the players. A small stadium called Platz 3 next to Jena’s main arena, the Ernst-Abbe-Sportfeld, was an inappropriate venue given the hatred harboured for billion-euro company Red Bull and their football endeavours.

During the match, defender Stefan Schumann struggled to take a throw-in, as fans close to the pitch were throwing a number of objects onto the field. “That players are spat upon and such things is a catastrophe. That is not part of the sport,” said Daniel Rosin, an experienced midfielder who had played for Bayern Munich’s reserve team earlier in his career.

But on that Saturday afternoon in Jena, RB Leipzig became a part of the sport. A little over eight-and-a-half years later, Die Roten Bullen were competing against Bayern Munich and Borussia Dortmund in the Bundesliga and make their strides on European turf. Over the years, step by step, they came closer to their dream of breaking into the top ranks domestically and internationally. Four promotions within seven years meant they did it at an uncommonly quick pace. Still, bumps and bruises were part of the early years of RB Leipzig. It was everything but glamorous.

“I did not think it was surreal to play in the outskirts, but it was surreal that some talked about Champions League and future championships at the time,” remembers Matthias Kießling, the leading chronicler of RB Leipzig and owner of Rotebrauseblogger.de. When he started covering the club in 2010, Leipzig were still playing in the fifth division. Nowadays, Kießling is a renowned expert for one of the most ambitious sides in Europe. 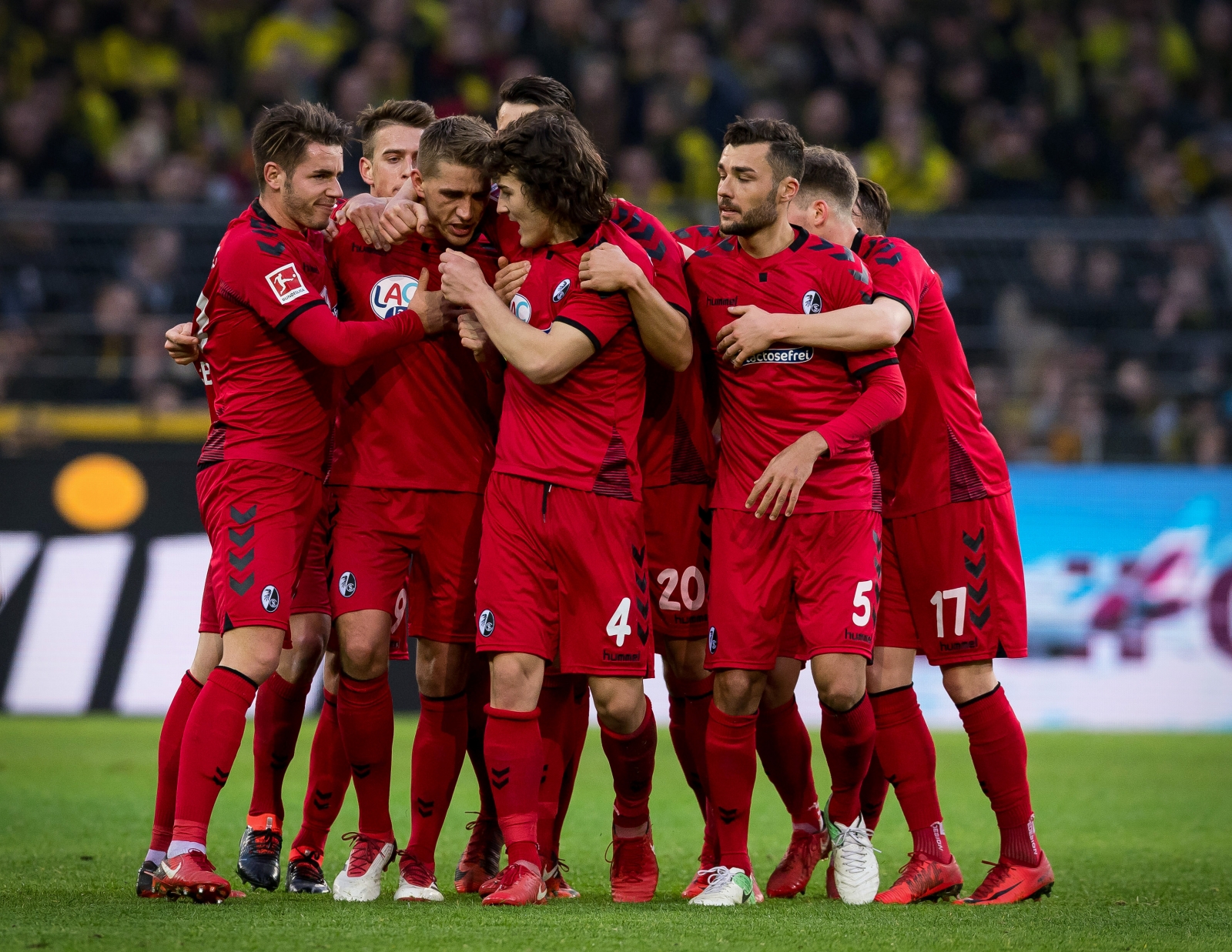 All of this was only possible due to the financial backing of Red Bull, an Austrian energy drink enterprise that wanted to break into the world of football in the same way they broke into the world of extreme sports after the millennium. Red Bull’s first attempt, however, ended in a disaster before it even really started. In 2005, the company bought the majority stake of SV Austria Salzburg, a struggling club with a rich tradition, located in close vicinity to Red Bull headquarters in Fuschl am See. Bizarrely, Red Bull wasn’t smart when dealing with the Austria fans. A company specialising in advertising strategies behaved like a bull in a china shop.

“Things had to change, we all knew it. And, initially, I thought Red Bull is just coming in as yet another sponsor, as we had Gerngroß, Casinos Austria or Wüstenrot since the 1970s,” Dieter Reinisch, an Austria supporter at the time, remembers. Quickly after the acquisition, Red Bull changed the badge and colours of the club, while aggressively prohibiting any use of purple merchandise in their stadium. Purple had been Austria Salzburg’s trademark colour for several decades. The backlash was inevitable.

“It was hard. You followed that club for, in my case, 12 years by then, and suddenly some marketing experts come in and spit in your face,” Reinisch says. When SV Austria Salzburg was re-formed as a club and started at an amateur level in 2006, Reinisch was there from the beginning. “What followed were the best years as an Austria Salzburg supporter, at least for me. I became a supporter as a young boy in late 1993; we were playing Inter in the UEFA Cup final. We won the league three times, but nothing was as good as what would come after 2006.”

Even though Red Bull Salzburg won eight domestic titles in 12 years, the project never really took off. The first few months of its existence had hurt the club’s fan base, and the Austrian Bundesliga had been too small to attract world-class players – unlike the German Bundesliga.

Red Bull wanted to avoid any mistakes by launching their new football project under a different set of rules. The company could not just acquire another club and start out in one of the top flights. They had to go all the way down to the minor leagues, namely the Saxony division, where a small suburban club named SSV Markranstädt played.

Only a few kilometres away from the eastern metropolis of Leipzig, Markranstädt appeared to be the perfect target for a takeover. After both sides met, it was agreed that the name SSV Markranstädt would continue, first as the reserve team of RB Leipzig and later as its own entity again, Red Bull could jumpstart what was supposed to put them on the football map.

RB Leipzig differs from other sporting endeavours the company has started over the years. Snowboarding or skydiving attract the attention of a somewhat wider public only occasionally. Extreme sports are niche products for a young and hip audience, thus typical Red Bull consumers. Even Felix Baumgartner’s record-breaking sky-dive, which was only possible because Red Bull funded the operation with tens of millions of euros, reached a short peak of public attention, but the preparation mostly happened behind closed doors. Football is a different world. Everything is in the limelight. Every step is covered and commented by an ever-growing media corps, by internet blogs and fan forums. 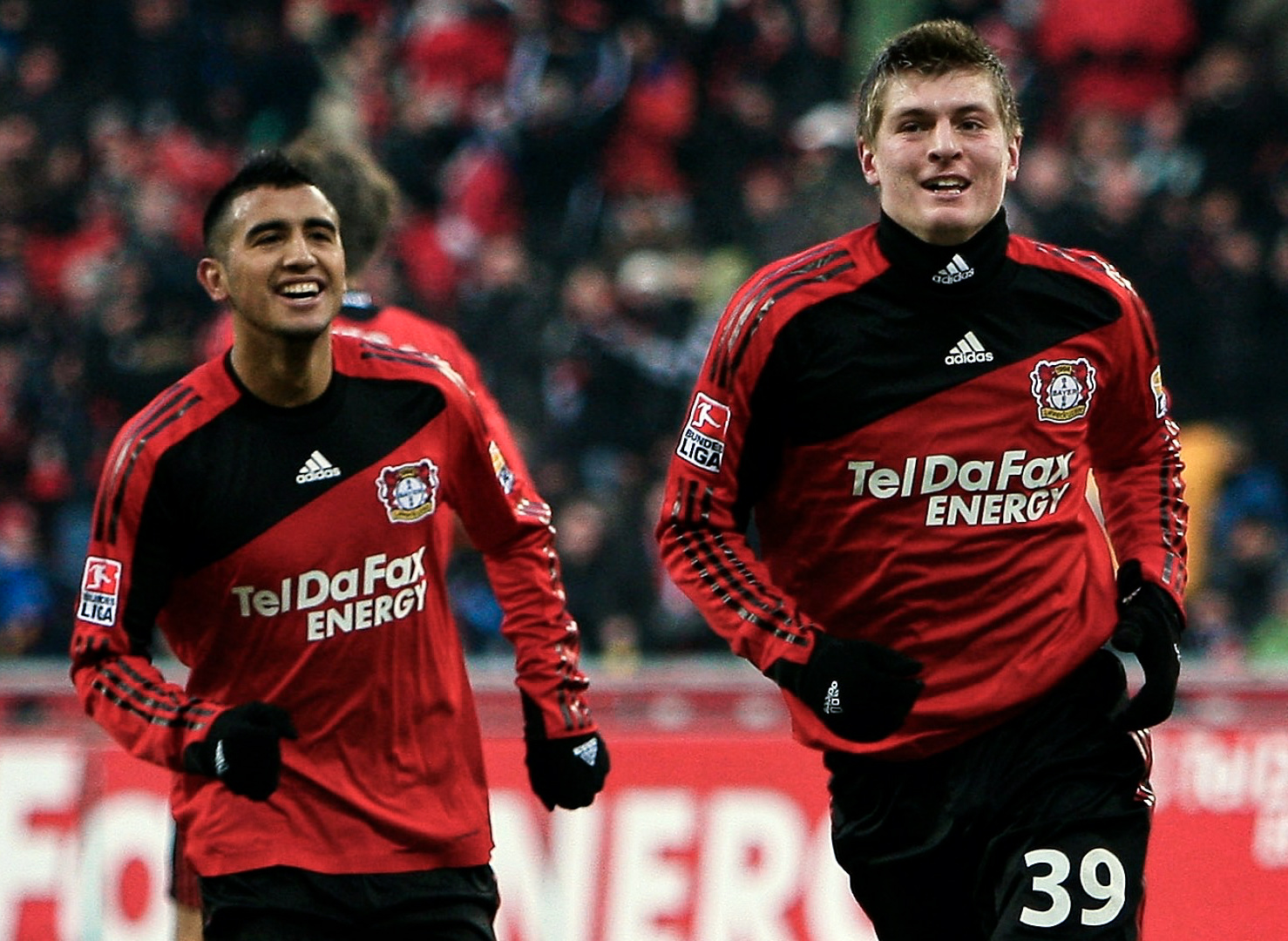 Apart from a few documentaries and reports, Red Bull’s endeavours in extreme sports and the possible dark sides of their engagement have not been covered in-depth by any stretch, unlike every move the company has made in Leipzig. When Red Bull broke into other sports, and even put some of them on the map, it usually started at the top. No promotion battles, no marching through the ranks.

I remember conversations I had in 2011 when Leipzig were struggling to achieve promotion and leave the fourth-tier Regionalliga, which in Germany is still considered an amateur level. Local journalists did not believe that a Red Bull withdrawal was in the realm of possibility. “They did stick to their Formula 1 team when they were not winning any championships,” one writer told me at the time. While Red Bull did not lose enthusiasm and climbed out of the ravine during the two years they did not finish first and, therefore, had to continue in the fourth division, the comparison between football and Formula 1 was unfounded.

When Red Bull bought Jaguar Racing, a Formula 1 team, in 2005, the company became part of the game from the get-go, even though it took several years before they won their first championship. The cars were visible to millions of viewers every other week. RB Leipzig, in contrast, turned out to be an endurance race which, in the end, might have helped the club.

“Those three years in the fourth division were certainly not nice to Red Bull’s wallet, but for the club, Leipzig had the chance to grow,” Kießling explains. “Things like planning the training complex, sorting out management, really arriving in the city and the region, and building up a stable fan community. That was far more important than going into the Bundesliga one or two years earlier.”

Although Red Bull was sticking to the project, things didn’t run as smoothly as planned. Having been promoted in their first season, the team had significant problems to resolve and, more importantly, did not have a captain who could determine the course. Kießling remembers: “Until Ralf Rangnick took over in 2012, management had no strategy and was pretty much dependent on [Red Bull CEO] Dietrich Mateschitz’s mood. First, he hired Dietmar Beiersdorfer when Leipzig was still in the fifth division as the coordinator for all things football inside the Red Bull imperium.”

Beiersdorfer’s first decision of note was the firing of coach Vogel following the first season. “Beiersdorfer made the mistake that he left the position of the sporting director vacant, which is why [newly-hired] head coach Tomas Oral had to battle crises, issues with the squad and public criticism all on his own,” Kießling says. “When he corrected that mistake by hiring Thomas Linke [as the new sporting director], Mateschitz interfered and decided after a glass of wine with Peter Pacult that [Pacult] would become the next Leipzig coach. Beiersdorfer and Linke were exasperated and resigned.” 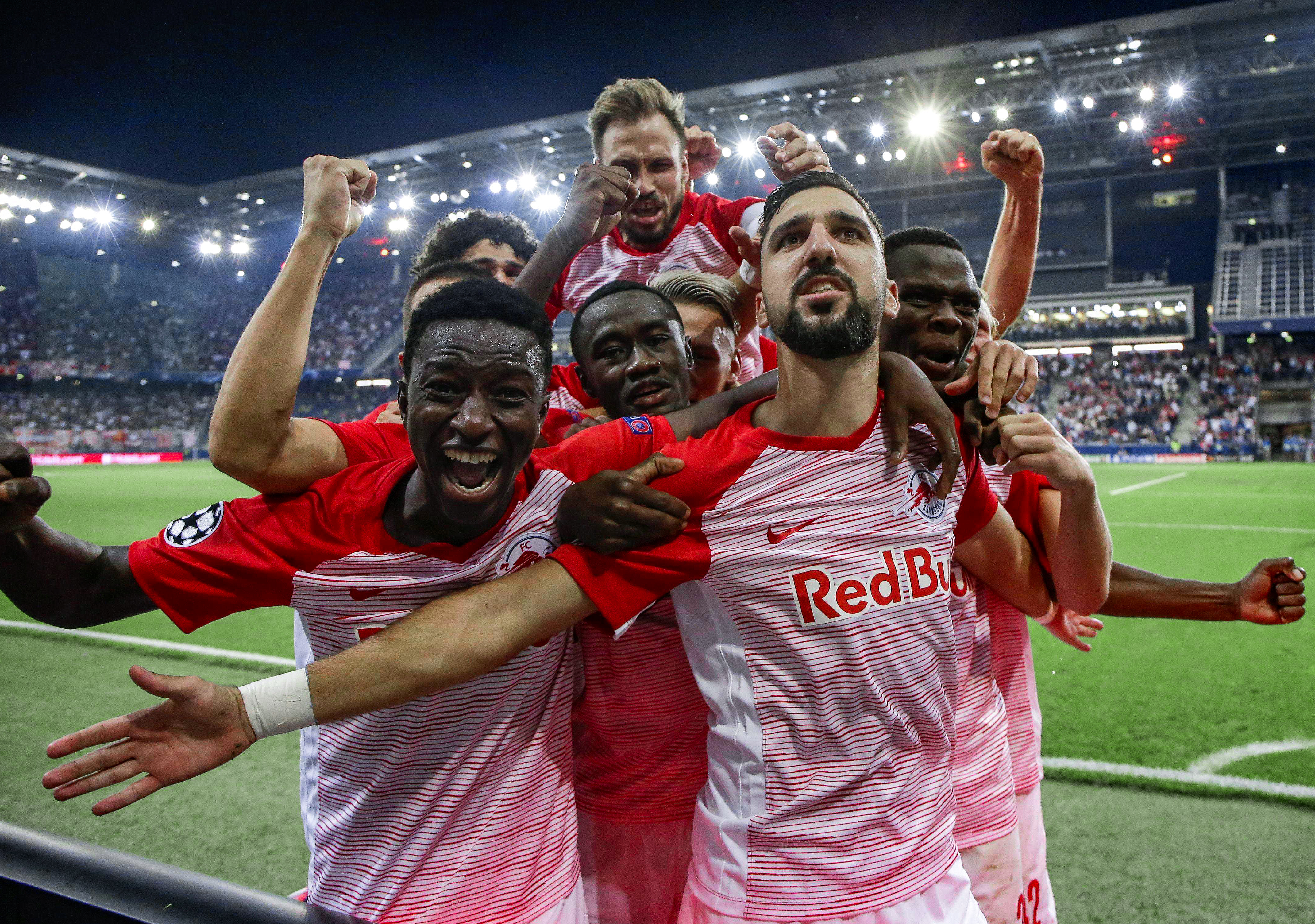 Once again, Leipzig was without a leader who could have taken care of transfers and business dealings, which, amongst other issues, led to a public dispute between Leipzig and Salzburg over Roman Wallner, an Austrian striker Leipzig wanted to sign. “All those mistakes were over when Ralf Rangnick came in. He implemented a clear philosophy at both Salzburg and Leipzig, hired capable staff, and made sure that Mateschitz’s influence on day-to-day business went down to close to zero,” Kießling notes.

As opposed to his predecessors, Rangnick had far more financial leeway to sign new players. Before his arrival, Leipzig had preferred a strategy of taking free agents under contract. “That had the effect that the club signed tons of former Bundesliga and second division players, who were over-the-hill, and were paying them as if they were still playing [up there] without getting the appropriate performance in return.”

A major breakthrough was noticeable as high-profile talents like Yussuf Poulsen and Joshua Kimmich arrived in Leipzig. The face of the club changed. The footballing profile became sharper. But to those who despise everything Leipzig stands for, nothing has changed. Their detractors will continue to be critical of the closed club structure with only 17 members. They will continue to bemoan the lack of tradition and history. Other examples, notably TSG Hoffenheim, have shown even the so-called “plastic clubs” lose some of their outsider-ness, however.

Red Bull is seemingly capable of learning from past mistakes. “Red Bull came with the experience of trendy sports and marketing tools unsuitable for football. If you watch Beach Volleyball World Cup events and see all the stylish girls and boys jumping around and singing to David Guetta tunes, that’s exactly what Red Bull did in the stadium in summer 2005,” Reinisch explains. “They wanted to see events that promote their drink. And a traditional football supporter does not promote the Red Bull lifestyle.”

Kießling adds: “At Leipzig, they almost completely avoided anything like that, as they probably learned you could not just change the confines of the sport as you wish. In football, you have to live with what is there.”

On 25 October 2017, the Zentralstadion, a stadium once known as the ‘Stadium of the One-Hundred Thousand’ due to its size – now, after reconstruction, going by the name Red Bull Arena – was sold out. Over 42,000 swarmed to the venue to see Leipzig battle Bayern Munich on a Wednesday night. Although Leipzig lost in a penalty shootout, the cup match against the kingpins of German football became a showcase for the club.

Intense media coverage, high ticket and merchandise sales, attention beyond the German borders – nothing was even slightly reminiscent of that Saturday afternoon in 2009 at Platz 3 in Jena. RB Leipzig and those behind the club had reached the mountaintop. But to no one’s surprise, that is not enough. They want so much more.