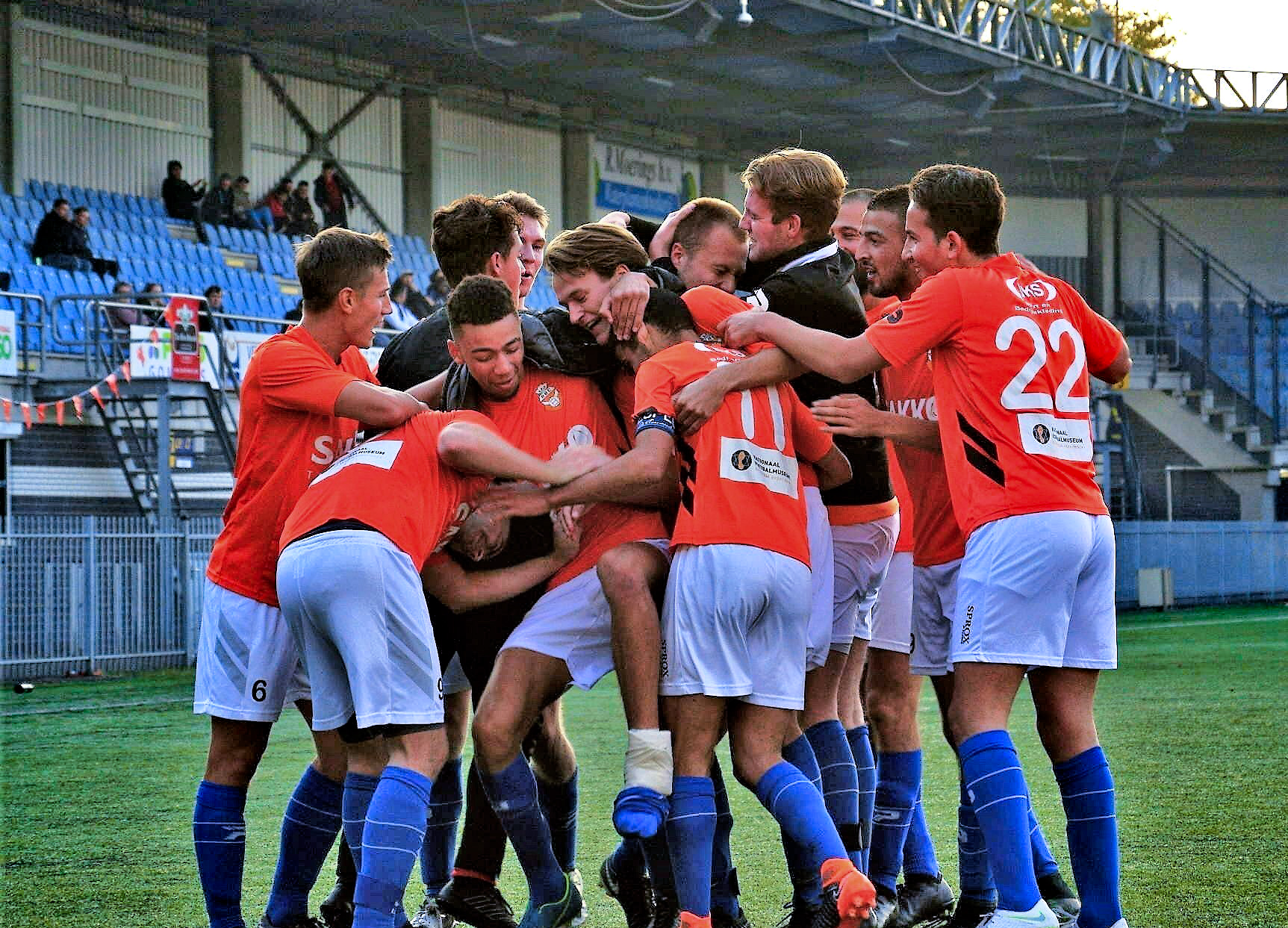 “The winner takes it all, the loser has to fall.” So declared Agnetha Fältskog in ABBA’s acclaimed 1980 single. Despite the city serving as home to the band’s official fan club, it is highly unlikely this song was written with Roosendaal Boys Combinatie in mind. Nevertheless, one would be hard pressed to find a more appropriate anthem for this Dutch football club, who in the space of six years went from mixing it with Ajax to playing in the tenth division.

Starting from the beginning, the club commonly referred to as RBC were founded in 1912 in Roosendaal. A city of some 80,000 in the southern province of North Brabant, it is famed for being a regional railway hub and headquarters of the KCT, a Dutch commando unit.

One of the main exports from the city is indeed RBC, who took on their current name in 1927. For the majority of their existence they have played in the lower reaches of Dutch football, with the club being amateur as recently as 1983. Before then they had enjoyed a spell in the Eerste Divisie, the second tier, although in 1971 were banished to amateur football owing to a league restructuring.

Promotion to the Eerste Divisie regained professional status, and RBC soon gained nationwide notoriety. Reaching the 1986 KNVB Beker final whilst still a second division side, they would unfortunately be no match for Ajax, who beat them 3-0. With that, the club would move out of the limelight for the next decade or so.

This was until the 1999/2000 season when, in Robert Maaskant’s first coaching job, RBC surprised everyone to reach the playoffs. In the Netherlands, these are more extensive than other European leagues, with eight teams, including relegation-threatened Eredivisie clubs, split between two groups. Six games are played and the two first-placed sides earn the right to play in the following season’s top flight.

Placed in a tricky draw with Zwolle, who had ended the regular season with 17 more points, Excelsior and Eredivisie outfit Cambuur, RBC won three and drew two of their six games. Earning a more point than Zwolle, this meant a first top-flight promotion in the club’s history. Unfortunately, it was to prove too much of a step up, with RBC finishing bottom after winning just four games all season.

Undeterred, the club were to bounce back immediately with another narrow playoff triumph, this time at the expense of Den Bosch. RBC ended in the relative comfort of 13th in their first season back, some four points clear of the playoffs, leading to several years of first division football. 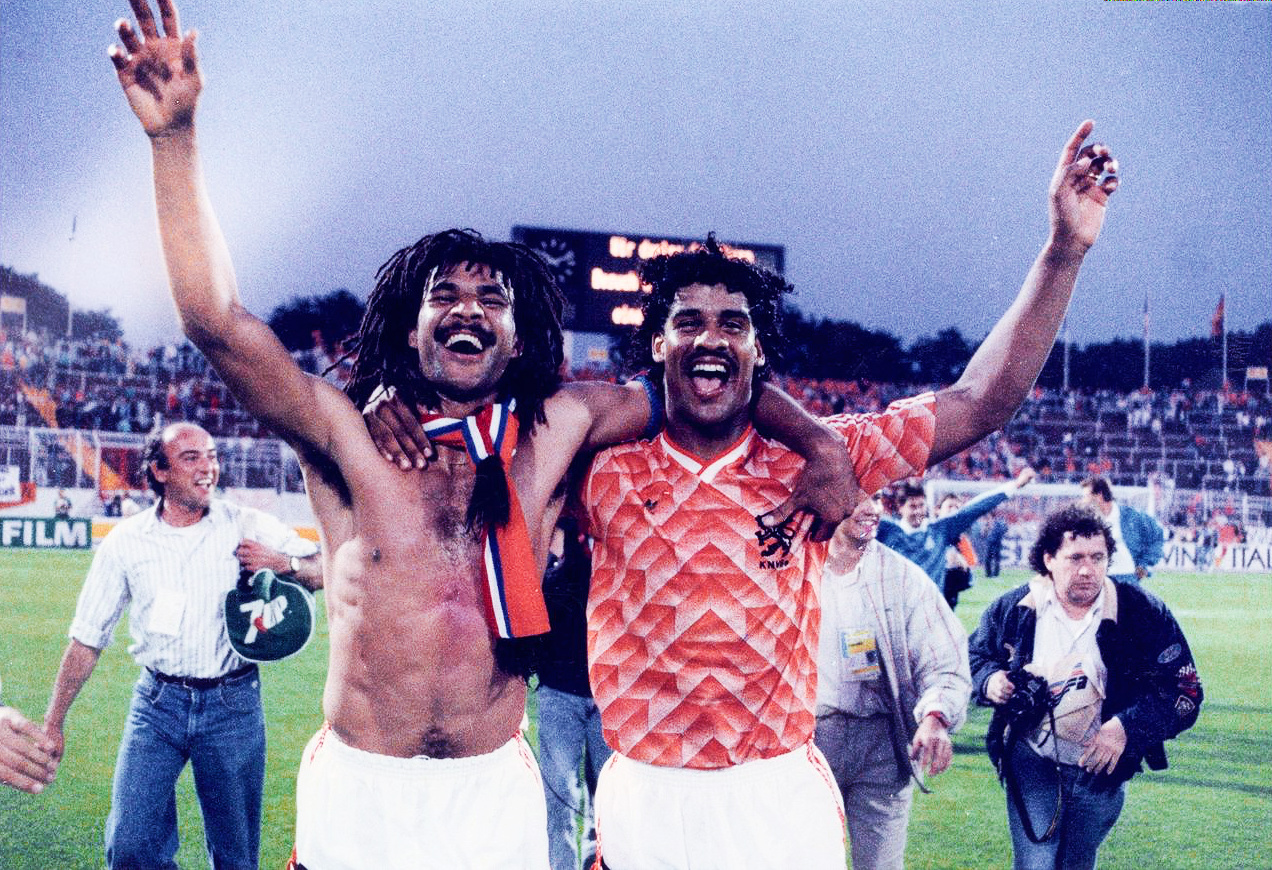 Whilst performances were admittedly unspectacular, it’s fair to say just being in the Eredivisie was far beyond RBC’s wildest dreams. Bear in mind that this was a club that until recently had been playing amateur football. They were not used to playing such giants as Ajax and PSV, both of whom were drawn with in the 2003/04 season. This campaign also included a record high of 12th.

Things, however, weren’t so easy the following year, with the familiarity of the playoffs needed to retain top-flight status. If anything, such struggle foreshadowed two great declines.

First came the 2005/06 season, the highlight of which was a 2-0 win over NEC Nijmegen. It may not sound like much, but unfortunately there weren’t any others to choose. RBC ended their four-year top-flight spell in embarrassment, finishing rock bottom with the lowest points return in Eredivisie history: a grand total of nine from 34 matches.

In 2006/07 they were close to another instant return, although narrowly lost 2-1 on aggregate to Excelsior in the playoffs. Several seasons of financial mismanagement and second-tier mediocrity followed, culminating in a catastrophic series of events in 2011 that were to signal the death of RBC Roosendaal.

Having drunk from the waters of the Eredivisie, RBC tried to get back there, spending beyond their means. In November 2009, it was revealed €500,000 needed to be urgently raised to ensure the club’s survival, with enforced budget cuts hampering efforts on the pitch.

Two weeks after narrowly avoiding the drop in the 2010/11 Eerste Divisie, RBC announced they could no longer meet mortgage costs on their MariFlex Arena. In desperate search of a €1m guarantee from the Municipality of Roosendaal, this was rejected by an overwhelming majority of 29 votes to five on 30 May 2011.

To the supporters it signalled game over, with a small numbers gathering outside the stadium to lay flowers and console one another. Maaskant remarked: “I can barely control my tears,” while Pierre van Hooijdonk, who kickstarted his career at RBC having been rejected by NAC Breda, labelled affairs “a great pity”. Several potential investors and an ambitious plan to merge with NAC were explored, but in the end, both avenues were to turn into cul-de-sacs.

Read  |  The inside story of VVV-Venlo: the small Dutch outfit providing a blueprint on top-flight survival

One has to ask questions here of the Roosendaal municipality, who appeared most apathetic to RBC’s plight. However, any potential bankruptcy stood to place a huge financial burden on the city, with the municipal government acting as guarantor to the €3.4m mortgage on the MariFlex Arena. With RBC ceasing to exist, that meant all financial liability transferred over to the municipality, which doesn’t usually have to deal with such huge numbers. Selling the stadium was also out of the question, with finding a buyer seemingly impossible.

It appeared increasingly likely the club wouldn’t play at any level in the 2011/12 season. These fears were confirmed when a day later RBC filed for bankruptcy. Bailiffs entered the MariFlex Arena a week prior to the verdict, removing artificial turf from the premises alongside rented vehicles. Then came 8 June 2011, when a court in Breda declared RBC Roosendaal bankrupt.

In the midst of this, the KNVB afforded a week extra to the club to determine whether they could restart as an amateur club. The date of 15 June arrived, the outcome grimly summarised in a cutting board statement that simply read: “We did not succeed.” A further problem concerned the fact that, in the eyes of the KNVB, RBC had ceased to exist, and any continuation would be seen as a new club.

This point is something that RBC fought profusely, with a bitter confrontation with the KNVB that lasted several months. The new board demanded a place in the Hoofdklasse, the second highest level of amateur football in the Netherlands and what was then the fourth tier, citing superior fan base and history. The KNVB, however, were unmoved, viewing the new entity as exactly that. This meant RBC were forced to start again from the very bottom, entering the depths of the tenth division.

For a club that just five years earlier had been playing in the Eredivisie, the shock must have been spectacular. Such feeling was eloquently summarised by Noud Bominaar, a member of the club’s new board: “RBC is not dead, but lying in a very deep coma.”

In order to perform the required resuscitation, the new board wrote to 575 beneficiaries asking for their support. The aim was to raise at least €100,000, a figure that was easily achieved after ex-players such as Van Hooijdonk, Henk Vos and Rob Penders chipped in, alongside coach Maaskant. Further members were successfully sourced at a joining fee of €75 per head, meaning on 2 December 2011 the new RBC association was officially established.

Read  |  How Amsterdam changed the world of football forever

The club registered for the 2012/13 Vijfde Klasse, however things remained far from settled. RBC finally had a league to play in, but seemingly nowhere to play. The municipality continued to be uncooperative, arguing there was no need for a tenth football team in the city, whilst local clubs refused to ground share. In the end, RBC were forced out of the city, ending up on a field in the nearby village of Wouwse Plantage.

After a season out of football, RBC resumed proceedings on 31 July 2012, exactly a century after the establishment of the club. It was a full eight divisions below where they had last played. Meanwhile, there were just 18 players in the entire squad. However, only one thing truly mattered: each and every one of them was wearing an orange shirt emblazoned with the letters RBC.

The new era opened with a 2-1 win over MOC ’17 and continued in this fashion to end in the league title. It was the tenth tier of Dutch football but RBC were slowly on their way back.

A welcome return to Roosendaal came in time for the following season, with RBC returning home to the now renamed Herstaco Stadion. Central to this was new chairman Jos Hermsen, whose brother Paul had purchased the ground shortly after it fell into the municipality’s hands. He proceeded to renovate the dilapidated pitch before renting it out to RBC, ensuring they could resume playing in the city.

Despite now possessing a stadium of Eredivisie standard, on the pitch RBC failed to live up to this. In 2013/14 they were lucky not to get into a relegation battle, levelling off in eighth place before two failed promotion attempts. The 2016/17 season, however, saw another ascent on the long climb back to their rightful position, with RBC crowned champions of the Vierde Klasse.

A bizarre 2017/18 saw RBC start off in a relegation scrap, although they went on a good run in the second half of the season to climb the table and end in the playoffs. Unfortunately they were to blow it in a game with Unitas ’30, throwing away 3-1 and 4-2 leads in the second half to lose on penalties. It would appear the playoffs may not be required this time around, with RBC looking confidently at the seventh tier above them.

Should things go according to plan, RBC will go up to the Tweede Klasse next season. For a club that just over a decade before were playing in the top division, this may appear demeaning. On the contrary, RBC Roosendaal are one of the best examples you will find of how football clubs, no matter how adverse the circumstances, often find a way to survive.

With thanks to RBC Roosendaal press officer Paul Kuipers for his invaluable help.