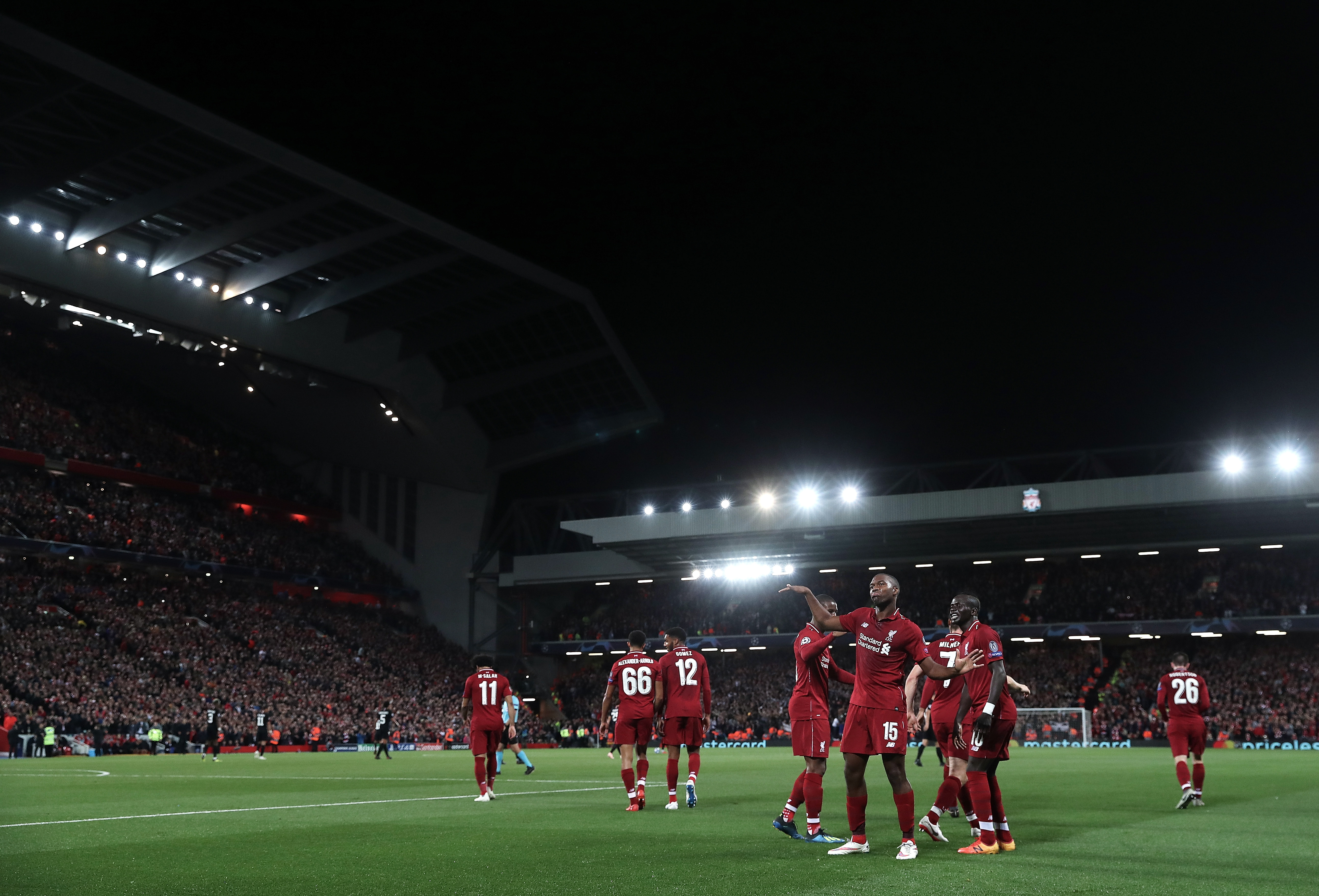 In football’s most potentially divisive moment, could a utopia of sorts possibly be found? The growing shadow of a European Super League is gradually creeping across the sport, with the gap between the haves and the have lots growing exponentially. Human nature’s way of fearing change has elicited a hugely negative response to the prospect.

Football has always been a shape-shifting entity, however, be it the structure of the competitions, the arrival of goal netting, changes to pitch-markings, the creation of the World Cup, numbers on shirts, the dawning of the televised era, the introduction of floodlights, the birth of European competition, shirt sponsorship, or even the general rules of the game itself. Football has always been tinkered with. Indeed, Super League concepts are nothing new.

For much of the 1980s, English football meandered along with the regular threat of a breakaway league being aired by the chairmen of the big five clubs. The more things change, the more they stay the same. For the big five line-up of Liverpool, Everton, Arsenal, Tottenham and Manchester United 30 years ago, today you simply subtract Everton and add Chelsea and Manchester City to morph that collective into the latter-day big six.

The idea of an English Super League was a very different concept to the Premier League, which eventually sprang into life in 1992. Whereas the Football Association broke cover to dispossess the Football League of its elite clubs from its league system in 1992, in the 1980s they remained in the shadows, keeping a watching brief. The blueprint of the 1980s Super League was drawn up by the biggest clubs, with the enthusiastic encouragement of Greg Dyke, the Director of Programmes for London Weekend Television, the most influential of all ITV’s regional franchises.

Notes would have been sent out to the clubs that the big five and their backers had been identified as being ratings-pullers. It was all to do with the biggest beasts of English football feeling that they deserved more of the cake. If the Football League and its collective of 92 clubs wouldn’t voluntarily hand over a bigger slice, then the largest beasts issued the threat that they would remove themselves from the collective of the 92 and bake their own cake instead.

Threat and counter-threat came to pass. An uneasy compromise was reached in the summer of 1988, after the Football League almost signed a 10-year deal for televised rights with the satellite broadcaster BSB, even though they had yet to make it to air. BSB would eventually begin broadcasting in March 1990 and, within two years, be swallowed up by Sky. 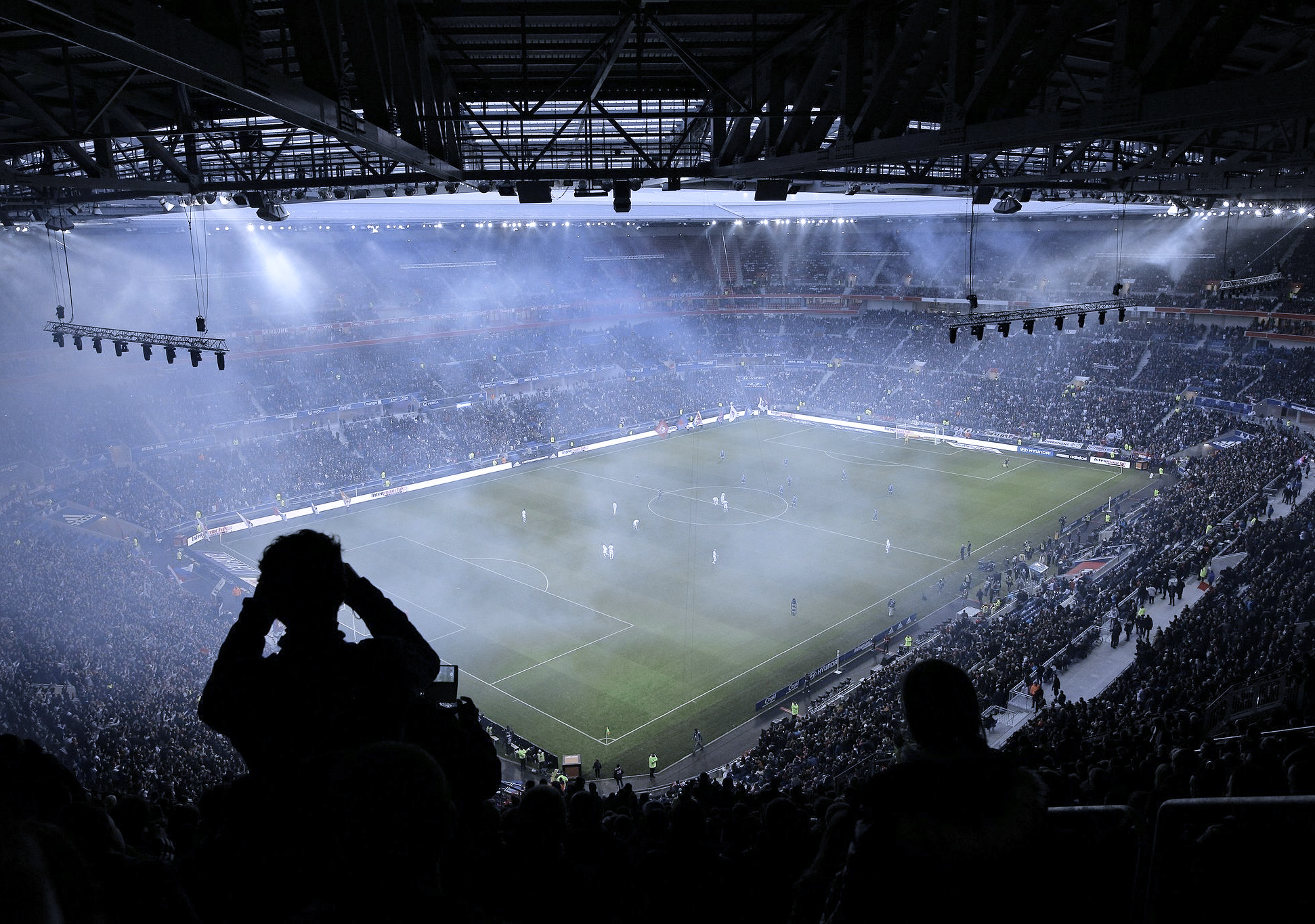 When ITV won the rights to Football League coverage for the period 1988 to 1992 it was only delaying the inevitable. While the Football League had finally agreed a deal that gave the top-flight clubs a larger cut of the TV money on offer, the premier slice of the cake, with all the toppings, only increased the big clubs’ desire for more.

Before the Premier League was even born, dreams began to focus on a European Super League. UEFA implemented changes to the structure of the Champions Cup in a bid to repel the prospect. Group stages were introduced in 1991/92, during the last season of the old First Division of the Football League. The name of the competition was soon altered and extra teams were allowed to enter from the biggest and most influential domestic leagues across Europe. It was appeasement once again. Appeasement, however, can only delay a flashpoint, not diffuse it.

The old league structures become resented commodities by those clubs who feel they are the biggest selling points, with the smaller clubs riding on their coat-tails and picking at the morsels of cake that those big clubs can’t fit into their already full mouths.

An Atlantic League was also discussed. The great and the good of football in the Netherlands, Belgium, Portugal and Scotland were asked to consider breaking away from their respective domestic leagues to set-up a new pan-Atlantic league, in which the likes of Ajax, PSV Eindhoven, Feyenoord, Anderlecht, Club Brugge, Benfica, Porto, Sporting CP, Celtic and Rangers would cut their ties and obligations to the likes of Go Ahead Eagles, Lokeren, Rio Ave and Kilmarnock and instead face-off against one another in blockbuster games every week.

New horizons in football are always there. The noises FIFA make about an extended Club World Cup has made UEFA shift uneasily in their seat. As sabres are rattled between FIFA and UEFA, a European Super League will likely become the carrot that is dangled to the big six of the Premier League and to their elite contemporaries across mainland Europe. The increase in the number of clubs which are ushered straight into the group stages of the Champions League was a big step in that very direction.

Maybe we should let the big six break away, though? Why not let them have their personal fiefdom; why not let them play on the higher plain they dream of? Revolution is in the air and perhaps there is a chance to deliver a reverse version of Marie Antoinette’s iconic line, “Let them eat cake.” Would it be the end of the footballing world as we know it if the richest clubs play a different competition? Would the playing fields they left behind not level out?

Over the course of this decade alone in the Premier League, the highest placed team that is not classed as being a member of the big six come the season’s end has been massively varied. Everton were that team on four occasions, but Aston Villa, Newcastle, Southampton, Leicester and Burnley also took that position. Currently, Bournemouth are the highest placed Premier League side not classed as a member of that elite six.

Imagine a world in which the champions of the Premier League really could be any of its competitors? It would be like the 2015/16 season every season. Alternatively, what about a condensed Premier League of 16 teams, maybe even a two-tier division of 32 clubs, which runs parallel to a 32-team, two-tier European Super League? A 60-game season for the elite clubs. Would they be stretched domestically because of European endeavour? I’d hope so.

Throw in the FA Cup for good measure, but leave the League Cup to be contested by those in the Football League. If the smaller domestic clubs are playing almost half the games the elite ones are, then the domestic playing field will level out to an extent as the big six juggle two leagues. Competition might just begin to thrive once more.

What about those not beneath of the European Super League umbrella? Well, the advent of a Super League would kill off the contrived and often repetitive nature of the Champions League, so why not put the Europa League out of its unsatisfactory misery too?

We could still put those two iconic trophies to good use, though. How about we form a couple of distinct European knockout competitions, one for domestic league champions and another for domestic cup winners? Play them out over two legs and have a one-off final at a neutral venue? The draw for each round would be unseeded. I think it could be groundbreaking. We could call it something like the ‘Cup for Cup Winners’.

Either way, change is coming. The only question is, when will that change be coming? The noises about a European Super League are getting louder and louder. As Richard Scudamore bows out as the chief executive of the Premier League, with what is reportedly going to be more than a simple carriage clock and some empty platitudes scribbled inside an oversized farewell card, Susanna Dinnage will inherit a potentially lucrative, yet impossible job.

The utopia I spoke of at the top of this article wouldn’t be the European Super League. It would be what is left behind.