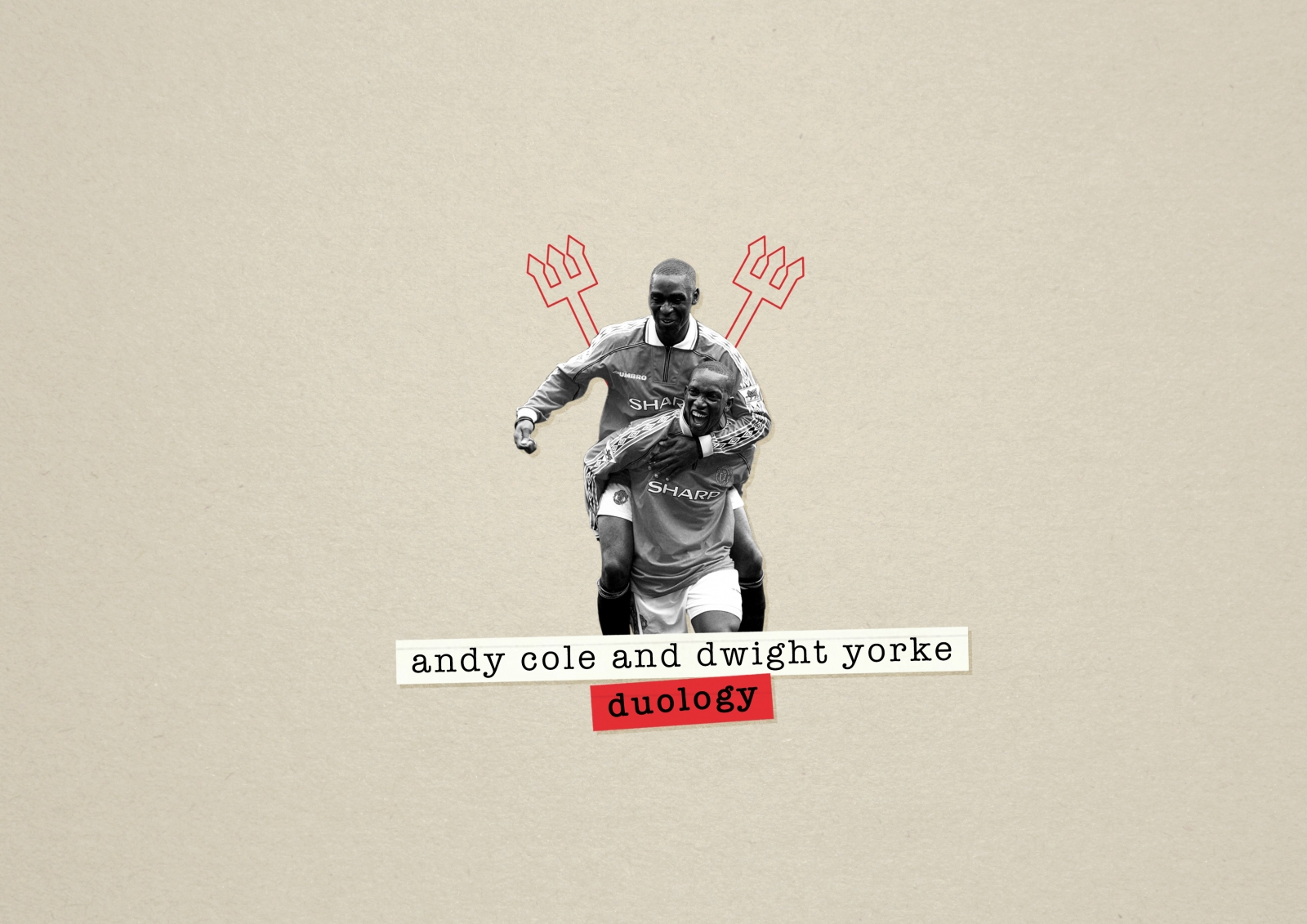 Manchester United’s historic journey under the inimitable Sir Alex Ferguson was filled with some of the most remarkable moments to have graced the British – and global – football landscape, with the Red Devils’ treble win gracing the climax of the 1998/99 season being the standout success of them all.

Andy Cole and Dwight Yorke were a big part of the brilliance of that campaign, giving the fans some of the greatest moments en route to perhaps the finest season in the club’s history. So it was a surprise just how their coming together happened in the first place. Contrary to what one might naturally expect from Fergie the mastermind, the Cole-Yorke bond wasn’t the culmination of a long-desired project but rather a hastily produced partnership decided upon for a run-of-the mill league fixture. Simply put, Cole and Yorke weren’t the strikeforce the great Scot had in mind.

Initially, it wasn’t his intention that they would play alongside each other at all; they had essentially been thrown together after Fergie’s pursuit of the talismanic Patrick Kluivert ultimately failed and he was forced to pursue Yorke, whom he had not considered starting ahead of Teddy Sheringham or Ole Gunnar Solskjær until his hand was forced for a league fixture against Southampton in October 1998.

Like an accidental experiment that came to life of its own accord, the duo were a fortuitous discovery for Fergie. Their telepathic connection from the get-go saw them become the most feared strikers in Europe for a couple of seasons, earning them widespread praise from far and wide.

Cole and Yorke both got on the scoresheet that day against Southampton, with the former assisting the latter for the opening goal in the 11th minute of the contest, thus heralding the conception of the spearhead that would play a major role in United’s assault on European and domestic football to come.

Undoubtedly one of the most iconic moments that the Cole-Yorke duo gave United arrived during a stand-off with the great Barcelona in the Champions League, at Camp Nou; Barça’s very own backyard. Yorke netted twice in the group stage encounter against the Catalans, producing a couple of fine finishes, but it was Cole’s converted strike that really underlined just how potent the two United strikers could be together. Well, it was more the build-up that led to the goal that captured the imagination. 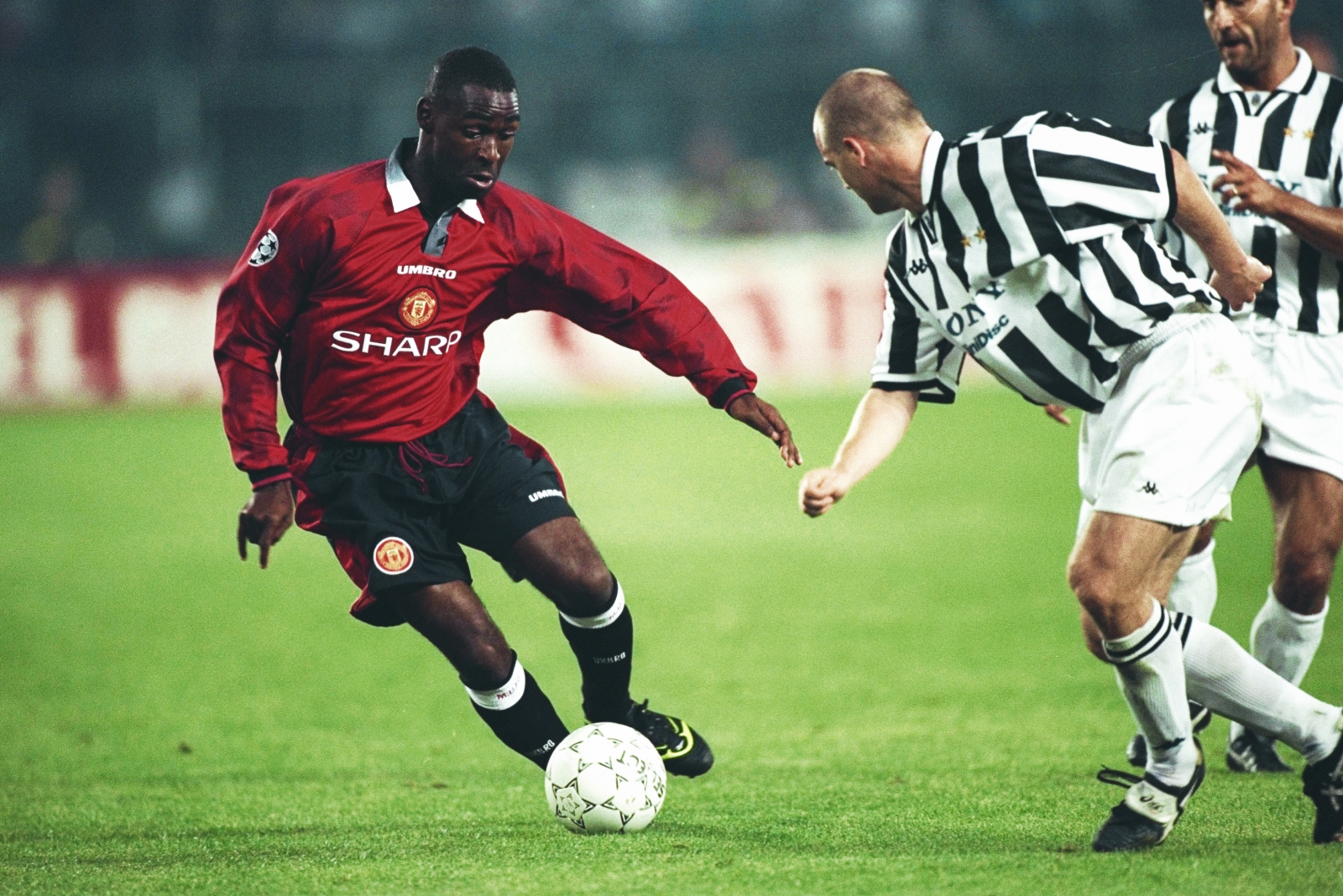 A harmless pass from Roy Keane into Dwight Yorke, a few yards from the edge of the opposing side’s 18-yard box, saw him conjure a devious dummy to allow the ball to roll through his legs to the prowling Cole, bamboozling the incoming defenders and opening up a chasm of space. Then, Cole and Yorke engaged in a wonderful one-two to rip the Barça defence apart in lightning-quick time, allowing Cole in on goal, one-on-one with the goalkeeper, before coolly rifling the ball into the back of the net.

The goal was significant because the win ultimately secured United second spot in the group, allowing them to qualify for the knockout phase, but it is also important for the detail it revealed about the team’s strike partnership; they were playing on the same wavelength and understanding each other without the need for pointed directions, gestures to play the pass into a certain area, or exacerbated gesticulations.

The duo were simply playing football in tandem with each other in a way that allowed expressionism to take hold and it was paying off against European royalty. It was football of the mind, playground football, football that saw them play inside their own heads, sending invisible, inaudible coded signals to one another that their opponents couldn’t crack or decode. It was pinpoint football that couldn’t be taught.

On a grand scale, the win was payback for how United had been schooled by Barcelona four years earlier, when they lost 4-0, but, on a micro scale, it was the result of a strike partnership that had at one time seemed unlikely, second best, undoubtedly unplanned.

Of course, that wasn’t the only fantastic moment that the two players treated the Red Devil, or admiring neutral, fans to. There was also the exceptional goal they masterminded against Brøndby, once more in Europe, when Cole produced a stealthy stepover for a pass from the left flank to allow the ball reach Yorke who then returned the favour with a perfectly weighted through-ball to his partner who dinked the ball nonchalantly over the ‘keeper. 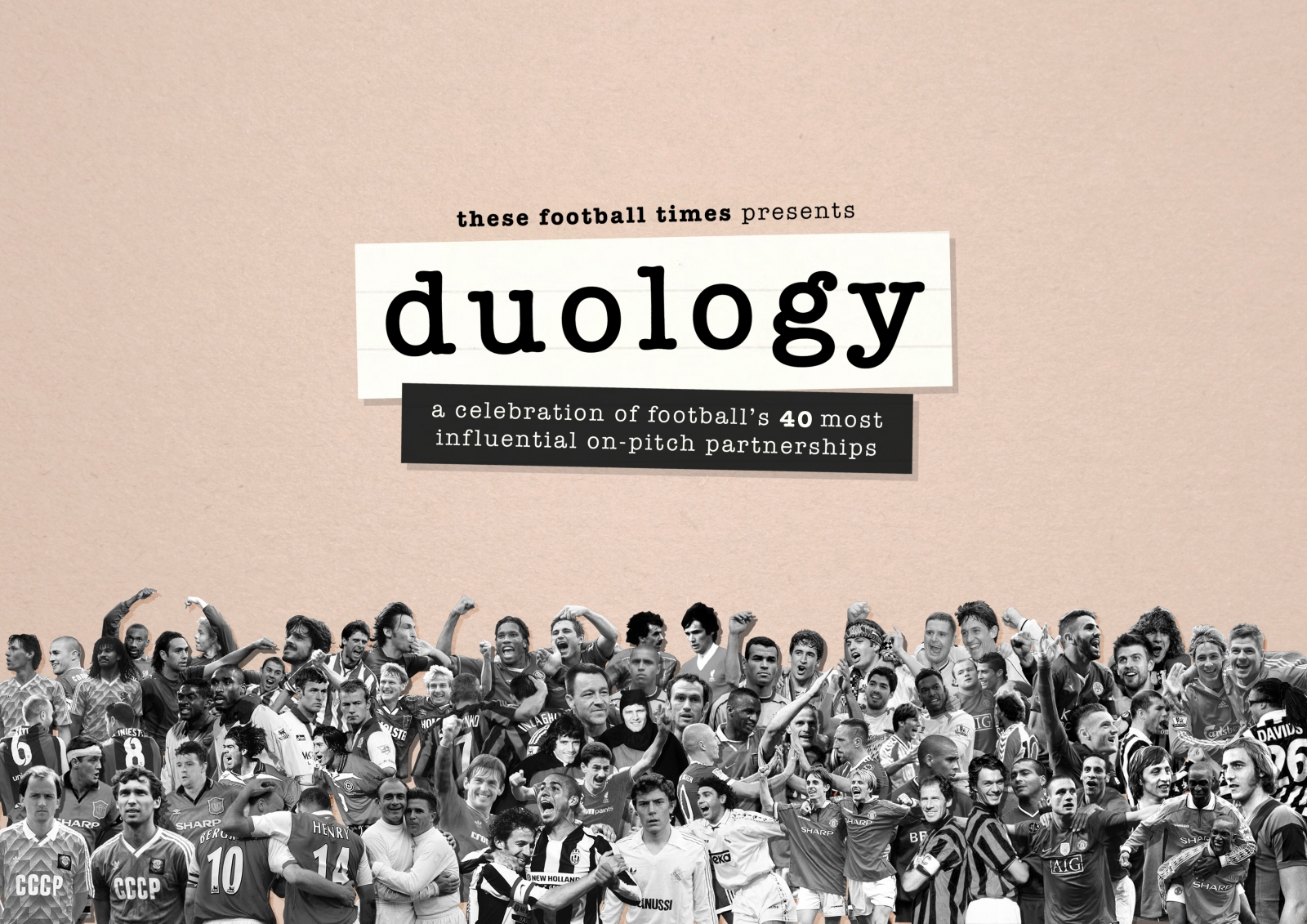 Then there was the fantastic manoeuvre they managed against Juventus, when Cole pinged a delectable cross in for the voracious Yorke, who gobbled up the chance with a fine header into the back of the net. Or how about the breakaway that culminated in Yorke tapping the ball into an empty net against Leicester City. After Yorke burst past his marker to rifle a powerful shot at goal that cannoned off the crossbar, Yorke was on hand to tuck the loose ball home.

They had it all: pace, quick-thinking, clever support play, resilience and individual skill. If the first effort was parried by a custodian or blocked by a defender, either one would generally be on hand to put pressure on and zip to the ball to fire an effort on goal. They had each other’s backs and worked hard to maximise their performance on the big stages, no doubt spurred on by the expectations of Fergie and the fans.

As Cole himself has said in the past, of that psychic relationship, they knew how to alter their performances depending on who they were up against. Neither Cole nor Yorke monopolised the identity of the big man up top, heading down long balls and crosses; neither one owned the role of the nimble striker poaching goals. They were fluid and interchangeable, and able to swap characteristics at will. If one didn’t come short, the other would. If one ran too far offside for the other to play the killer pass, the ball-carrier would attempt a slaloming run and shot at goal to keep the momentum going. And boy, could they play individually as well.

Even when they weren’t linking up together with swashbuckling one-twos, they were rifling shots from long-range or nodding crosses into the back of the net from the deliveries of David Beckham or Ryan Giggs. “When we started playing together, it was like meeting a special woman and falling in love. Everything felt right. We never had a cross word,” Cole told FourFourTwo in a 2017 interview, and when you saw them play at the time, or look back upon grainy clips online or on compilation shows on the television, that brotherhood is clear to see.

They liked each other, they got on famously, and they enjoyed the experience of playing alongside one another, whether that was in the cosy confines of the Old Trafford cauldron or in the fiery, hostile atmosphere at the likes of the Delle Alpi.

Essentially, they became one; like all great strike partnerships. That said, they had individual styles that drew symbiotic, eye-catching and outstanding results from the word go. Cole was the understated marksman who knew how to get the task done with minimal fuss. A simplistic striker who seasoned his strikes with class and panache; he was a straight-shooting figure who did his best to steer clear of the limelight – aside from that misguided rap video.

Yorke, on the other hand, was the glitzy marksman who liked to showboat when he got the chance, producing chipped finishes, audacious placed shots designed to fluster goalkeepers, and celebrations complete with a cheeky grin, which ultimately earned him the nickname of the ‘Smiling Assassin’. He was also fond of turning up his collar, which added to his persona of being the flashier of the two.

Importantly, between them, they got the job done. Because while they didn’t have as much flair as some other top partnerships, what they did have was energy, enthusiasm and the element of surprise.

That famous treble season of league, FA Cup and Champions League titles saw Cole and Yorke plunder 53 goals between them, 35 of those coming in the league, a remarkable tally of goals that cemented their place in Stretford End folklore, despite the fact they never again married regular net-rattling with continental dominance at the club.

The following season saw Cole and Yorke team up to similarly devastating effect in the league as they claimed the title by 18 points, scoring a combined 46 goals. Thereafter, the pair’s influence and effect started to wane considerably until Cole eventually departed the club in the midst of the 2001/02 campaign, with Yorke following him through the exit door shortly after.

Before the partnership was dismantled, interrupted by the arrival of Ruud van Nistelrooy and the beginning of another Fergie rebuilding era, Cole and Yorke provided the fans with plenty of fond memories aside from just silverware; memories aplenty that remain alive and well today, echoing still with historic joy. They were the partnership of red devils seemingly made in heaven.