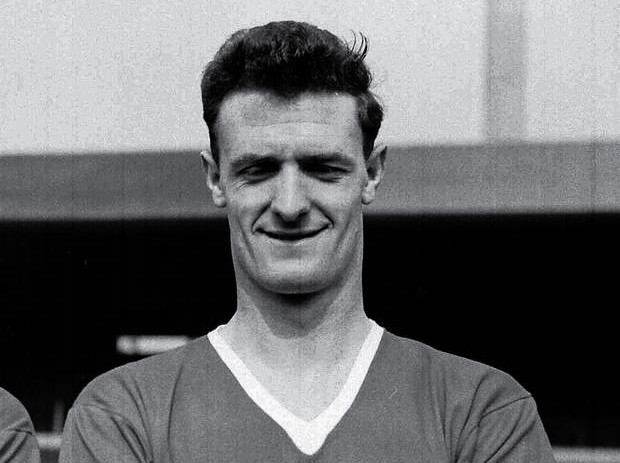 IRELAND HAS GIVEN some big names to football, including Roy Keane, Liam Brady, Paul McGrath and many more, but before them lived a forgotten hero, an awkward and quiet genius by the name of Liam Whelan.

When Sir Matt Busby took over as the manager of Manchester United after World War Two, his goal was to rebuild the club in his own image from the ground up. Busby was a man ahead of his time, a  revolutionary in the English game, and it’s safe to say that there is nobody more important in the history of United. Amongst a litany of other achievements in football, the biggest one that Busby pushed for was the playing of youth players. It was a belief that would stay at the club: “If they’re good enough, they’re old enough.”

While Busby was busy laying down the foundations for what would go down as one of the greatest United sides of all-time, a young man was plying his trade in Ireland, one who would go on to become a key presence in the early days of the Busby Babes.

Born in April 1935 in Dublin, Whelan came from a family of eight. The death of his father took a serious toll on him; he was only eight-years-old at the time, with his older brother Christy taking up the role of mentor and guardian. Growing up, Whelan was rarely interested in becoming a footballer, focusing much of his time on Priesthood – a more respectable career choice in 1940s Ireland.

Whelan’s gifts on the pitch, however, wouldn’t allow that to happen. He was too talented, too skilled to become anything but a footballer and he started off his career by turning out for Home Farm in Dublin. Whelan’s talents were evident from the off and it didn’t take long after coming through the ranks at Home Farm for him to be noticed by Manchester United scout Billy Behan, who immediately recommended to Busby that he sign him up.

By 1953, Whelan was putting aside any aspirations of joining the Church and was on his way to Manchester as a quiet 18-year-old to take part in one of the most exciting projects going on in European football at the time. When asked about what he thought about the Red Devils signing Liam, his brother replied: “It’s about bloody time.” 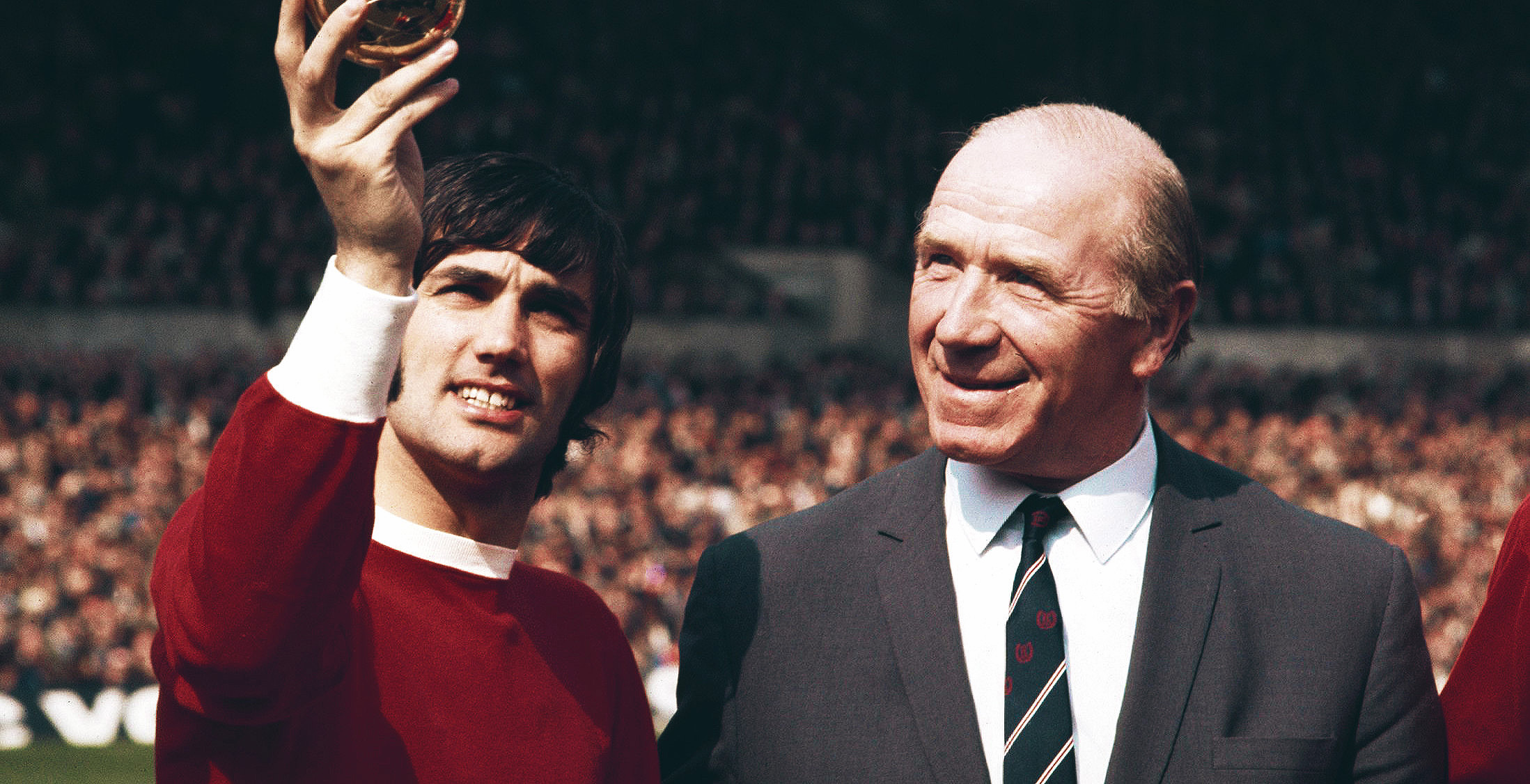 Read  |  Sir Matt Busby and the art of making anything possible

Whelan made his debut in the FA Youth Cup final, coming on as a substitute against Wolves. He might have been an unknown prospect at the time, but it didn’t take long for supporters to establish just who he was. A tour of Switzerland with the United academy led to many clubs in South America inquiring about his availability. Given the strength of the South American leagues and how the continent boasted arguably the greatest players and clubs of the decade, it speaks volumes about how highly rated Whelan was, combining brutish strength with a soft elegance on the ball in attack. But he was going nowhere: Busby was so impressed by the young Irishman that he was ready to fast-track him into the first team.

This wasn’t the norm in English football at the time, and academy players were expected to pay their dues by doing odd jobs around the club – the grunt work, so to speak – cleaning boots and kits, which helped instil a work-ethic and humility. It used to take years to break into the first team, but Busby was not your typical manager. Forward-thinking and progressive, he threw the Irish teenager straight into the first team.

Playing as an inside-left forward, Whelan would go on to make his senior debut at United in 1955. The Irishman would repay the faith entrusted in him by Busby by averaging better than a goal a game in the 1956/57 season where he registered the fantastic return of 33 goals in 53 appearances, ending the season as the club’s top scorer as United went on to win the league. For a player yet to reach his prime, his record was spectacular. Whelan would go on to score an incredible 52 goals in just 95 games over four seasons at the club.

Still seen as a prospect despite his established first-team duties, Whelan had the world at his feet. It’s perhaps fitting that he was born on April Fool’s Day, building a career out of fooling defenders who were aggressive and more experienced than him on a regular basis. Even at such a young age, Whelan kept his head firmly grounded, unlike another brilliant Irishman who would play for United a decade later.

The following season would go down as the most historic in the history of Manchester United, one that would forever shape the club to its core. Busby had an infatuation with the newly-established European Cup, which had up until this point been dominated by the legendary Real Madrid team that boasted the likes of Alfredo Di Stéfano, Ferenc Puskás and Paco Gento. 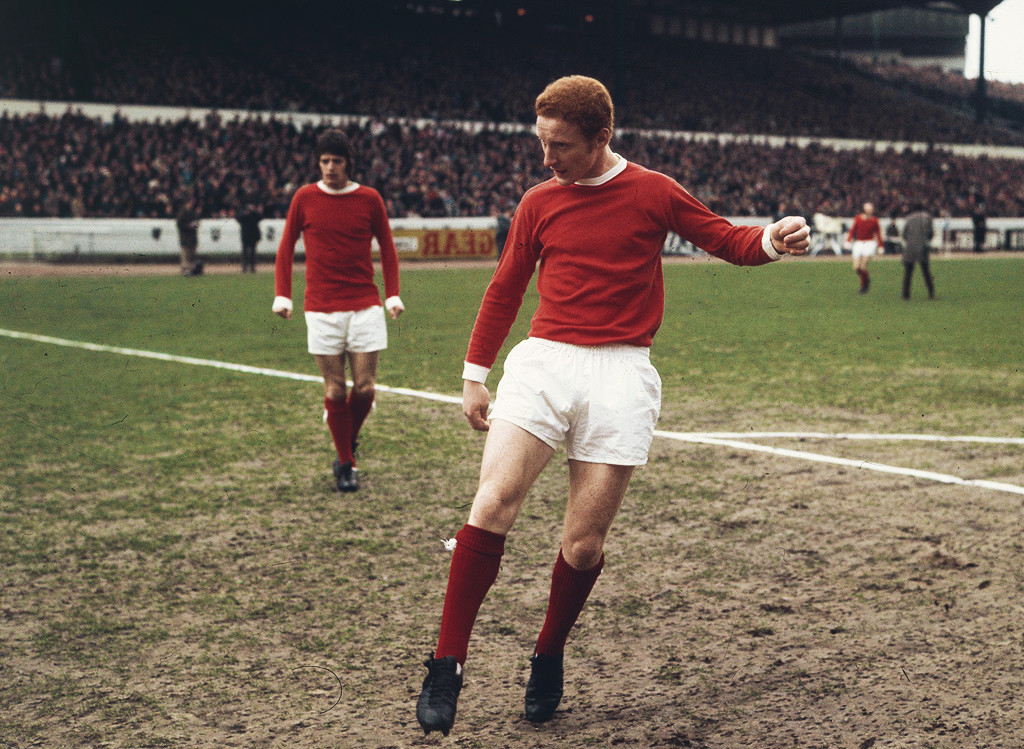 A controversial decision at the time, the FA wouldn’t allow English teams to take part in the competition, considering it beneath their level, much like they did during the early World Cups. Busby, however, was above such arrogance and took his young United team into Europe anyway. Through hell or high-water, he was determined to leave no doubt in anybody’s mind that Manchester United were the greatest team on the continent.

United’s second venture in the European Cup in the 1957/58 season would see them take on Ireland’s Shamrock Rovers. It was a special game for Whelan, not only because it was a return home but because he could showcase his talents to national team manager, Johnny Carey. He had only won four caps and believed that he had yet to truly prove himself, despite the growing hype that he was receiving.

A year prior, there had been an exhibition game between a League of Ireland XI and an English League XI, which featured seven players from Shamrock Rovers and four from United. Many had expected the game to be an easy victory for the English, but they left that day shocked as a fired up League of Ireland side held them to a 3-3 draw. Busby himself had written a column in the Evening Chronicle where he brought this up game to calm down fans’ expectations. The Scotsman expected to win, but he knew there was the possibility for another upset.

When the game kicked off at Dalymount Park, the conditions were miserable. A windy evening in Dublin, Shamrock were out to cause an upset of epic proportions and, for the majority of the first half, that’s exactly what they did. Shamrock played their hearts out, matching Busby’s men on the pitch until centre-forward Tommy Taylor broke the deadlock. Once the goal went in, United rarely stopped attacking. Shamrock conceded a further five goals with Whelan himself scoring twice. It was vindication for a man who was criticised in the lead-up to the game for turning his back on Ireland.

However, the good times wouldn’t last for Whelan. His mother’s ailing health would see his form dip, which opened the door for a young Bobby Charlton to step in. Still, there weren’t many who were concerned, with the press seeing it as a minor blip which would be resolved once Whelan sorted his mental state out. There was no doubting his ability within the walls of Old Trafford and beyond. 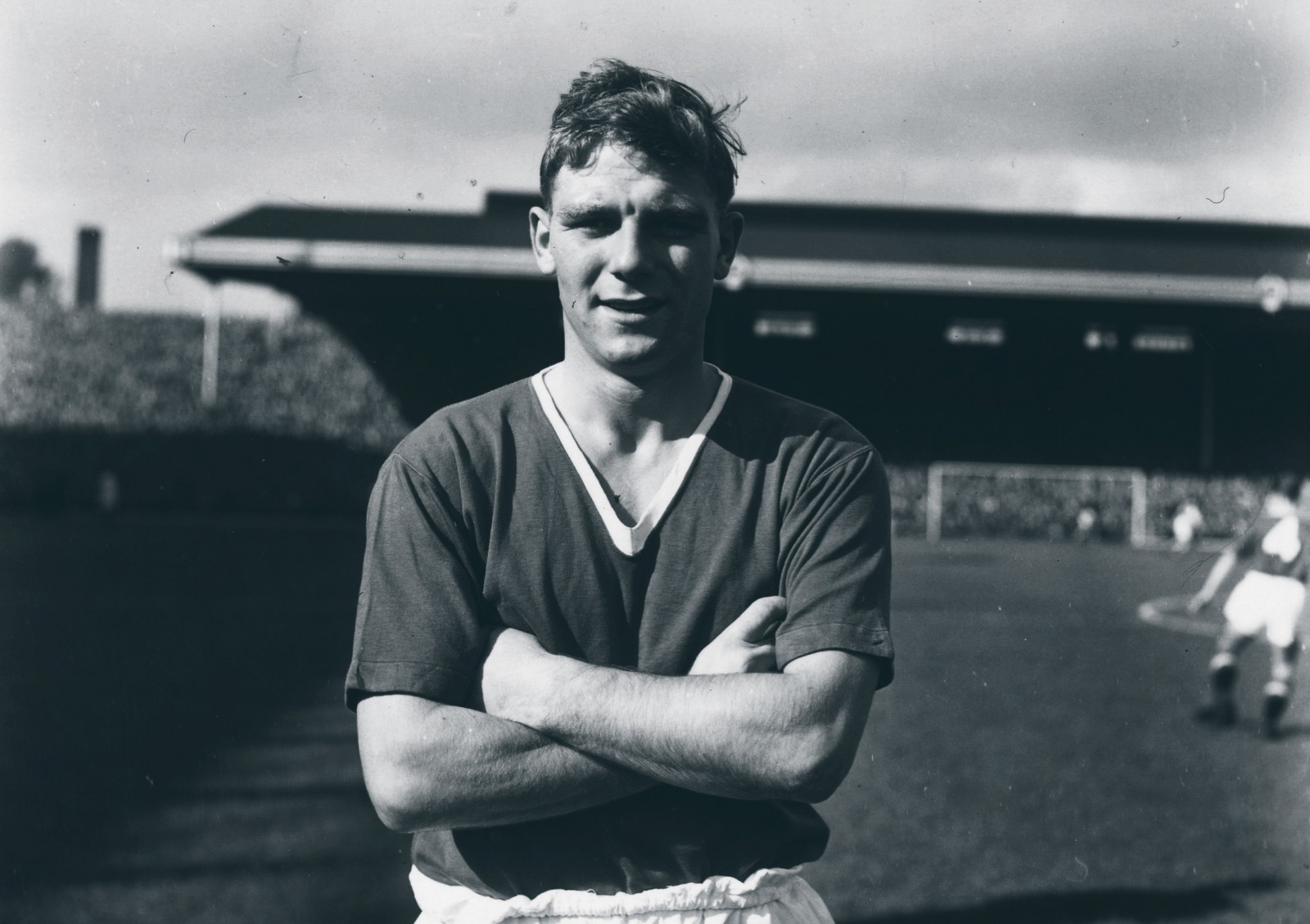 United’s European adventure took them to the quarter-finals against the champions of Yugoslavia, Red Star, who they beat in the first leg in Manchester. When flying out for the second leg in Belgrade, Whelan wasn’t in the matchday squad and had asked for permission from Busby if he – since he wasn’t going to play – could skip flying out to Yugoslavia with the rest of the team and go back home to Ireland. Busby insisted on Whelan coming with them, however, providing cover if injuries were to occur.

United duly advanced and headed back to England, needing to stop in Munich for refuelling. The conditions in Germany were abysmal, with heavy snow falling down from the heavens, resulting in two failed take-offs. When a third attempt at getting the plane off the ground took place, Whelan was rightfully nervous, much like the rest of the squad on board.

What happened next, with the plane crashing and much of the United squad perishing, shook football to its core. In Dublin, a city was rocked, devastated at the loss of their most promising talent abroad, a player who was expected to feature heavily for Ireland in the coming years. The pain felt was even greater considering the city had seen such little of this humble and proud local. It resulted in one of the largest turnouts for a funeral that Dublin had ever witnessed.

Ireland’s most gifted footballer had tragically lost his life at the age of just 22, with the burning question still pertinent as to how good he could have been. His record was world-class in the four seasons he was at the club and there is no doubt that had such a tragedy been avoided, he may have lifted the European Cup alongside other greats who passed too soon, like Duncan Edwards.

A crucial member of the early Babes, Whelan was an old-school magician, blending trickery on the ball, strength in beating his man and a wonderful pass. Better still was his intelligence and ability to find smart goal-scoring positions. Sadly, Whelan has often been lost to the passing of time but he should be celebrated as one of the greatest talents that Ireland has ever produced. Perhaps there’s nobody better than Busby, who trusted his shy teenager at a time when the kids were made to clean boots, to have the final say: “Had he been spared, he would have one of the greatest players of all time.”