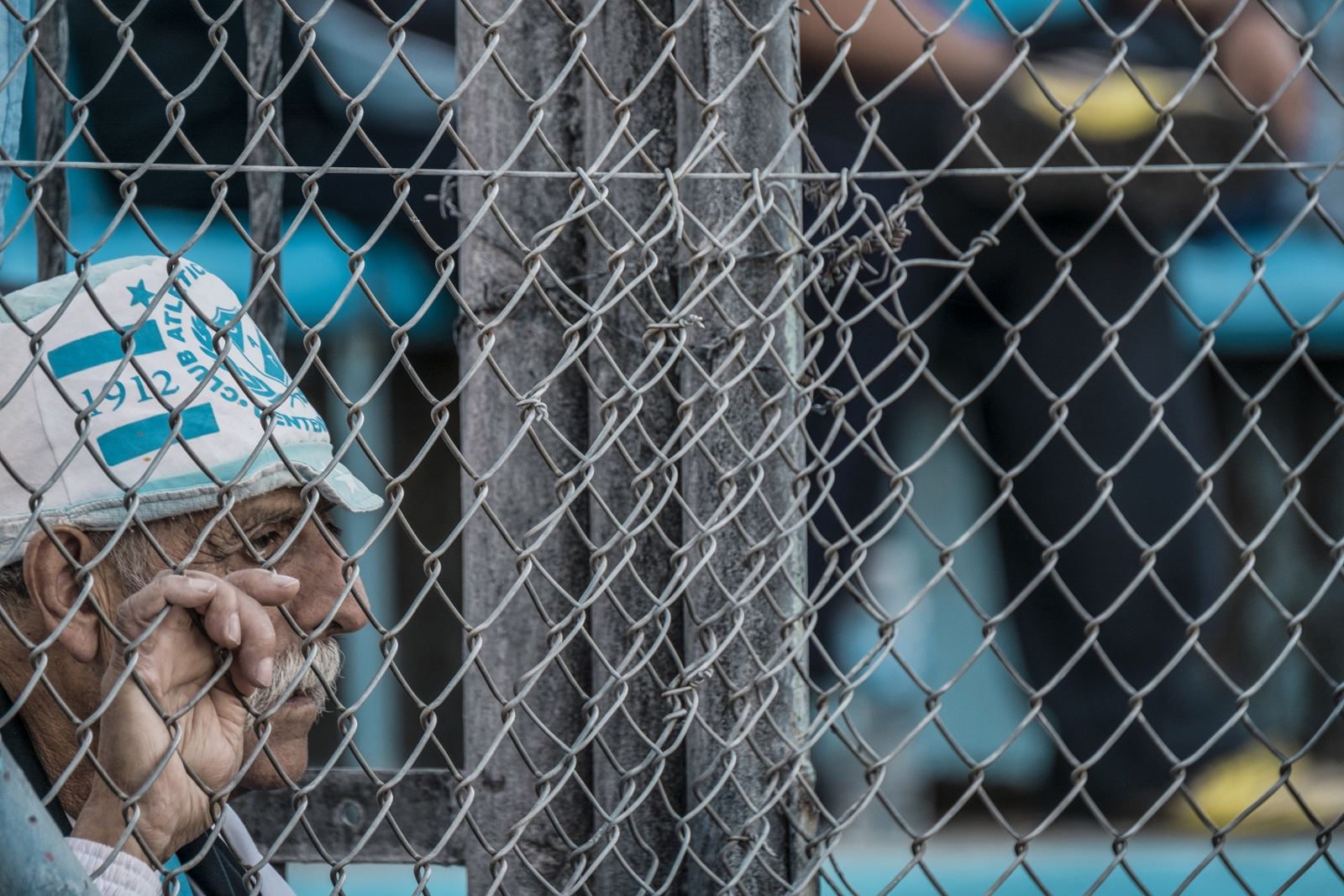 THEY HAVE DONE IT TWICE, but can they do it a third time? That was the question before the 2016/17 Primera División season. Club Atlético Temperley from the southern Buenos Aires suburb of the same name have only just managed to survive in the top tier of Argentine football over the last two seasons. Before the last edition got underway in August 2016, the goal was the same – but knowing the Argentine relegation system, it seemed to be mission impossible.

The relegation system in the Argentine league is based on a table called ‘Promedios’, which is formed with the average points per game in the Primera División over the previous four seasons. The system was implemented for the first time in 1957, but after six years in use, the leaders of the league decided to go back to the more traditional system where the teams with fewest points in a single season go down.

This stayed until the early 1980s when one of the five greats of Argentine football, San Lorenzo, were relegated. Rumour has it that the Asociación del Fútbol Argentino (AFA) would have preferred the big teams in the top tier all the time, and that was the reason behind the return to Promedios. Whether it’s true or not, nobody knows, but it is a fact that the big teams are less likely to have poor runs in consecutive seasons. 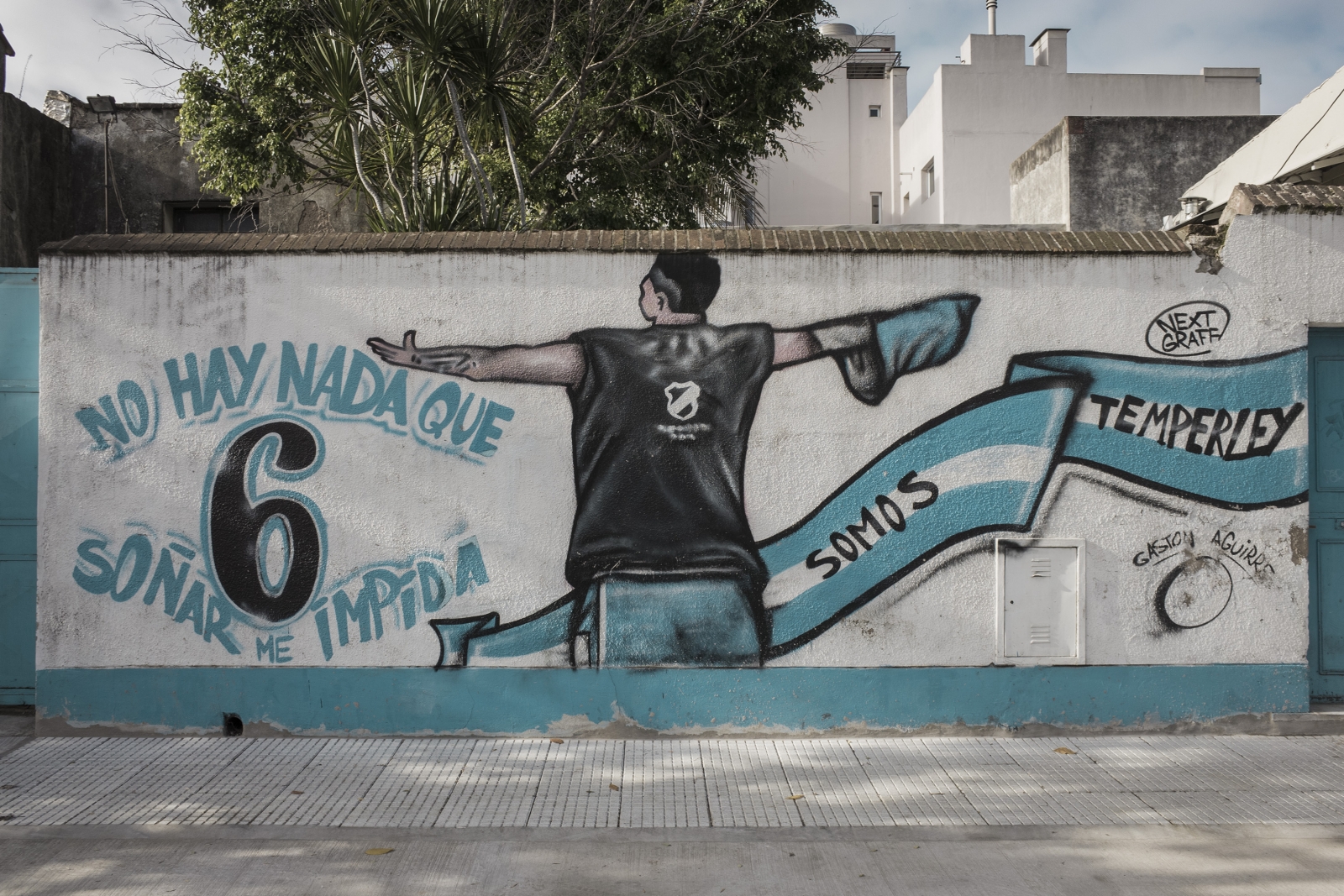 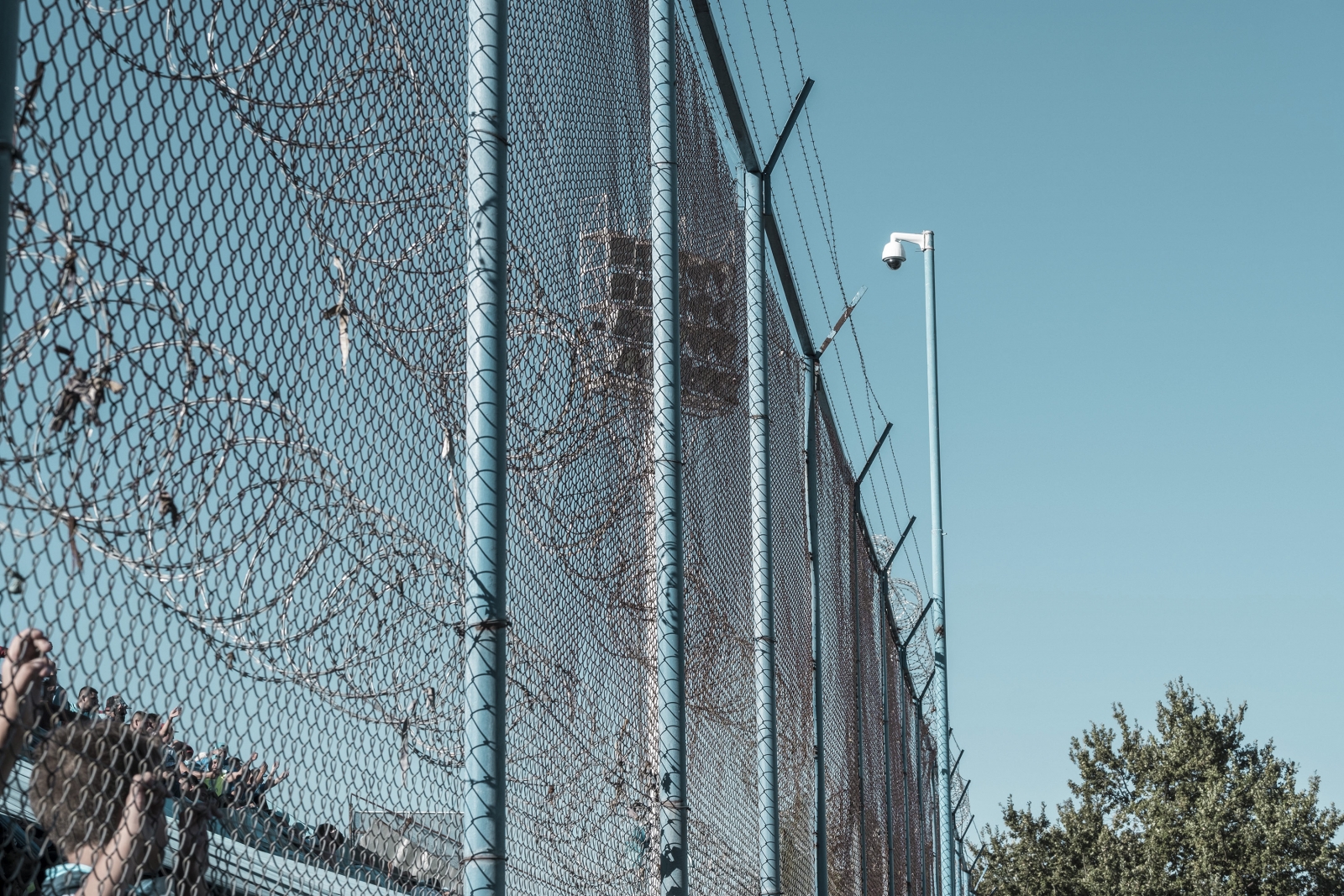 Despite that, all of the big five, except Boca Juniors, have since managed to get relegated. Whether this is a fair system or not is always a topic of discussion, but given how it without doubt favours the bigger teams, it seems hard to believe that it is. The new AFA president Chiqui Tapia has talked about changing it, but the system will remain in place for this season.

CA Temperley, also known as El Celeste, is a small club founded in 1912 by local boys who were influenced, like in the case of many other Buenos Aires teams, by English railway workers who played the game in the area after they finished their shifts.

Their biggest success was as runner-up in the Primera way back in the amateur era of gaucho football. Not long after achieving that second place in 1924 they were relegated, and earned a status of being a solid team within the lower reaches of the Argentine system. Their big break came in the 1970s when they earned promoted back to the top tier. It was in those days that they received their nickname Gasolero. 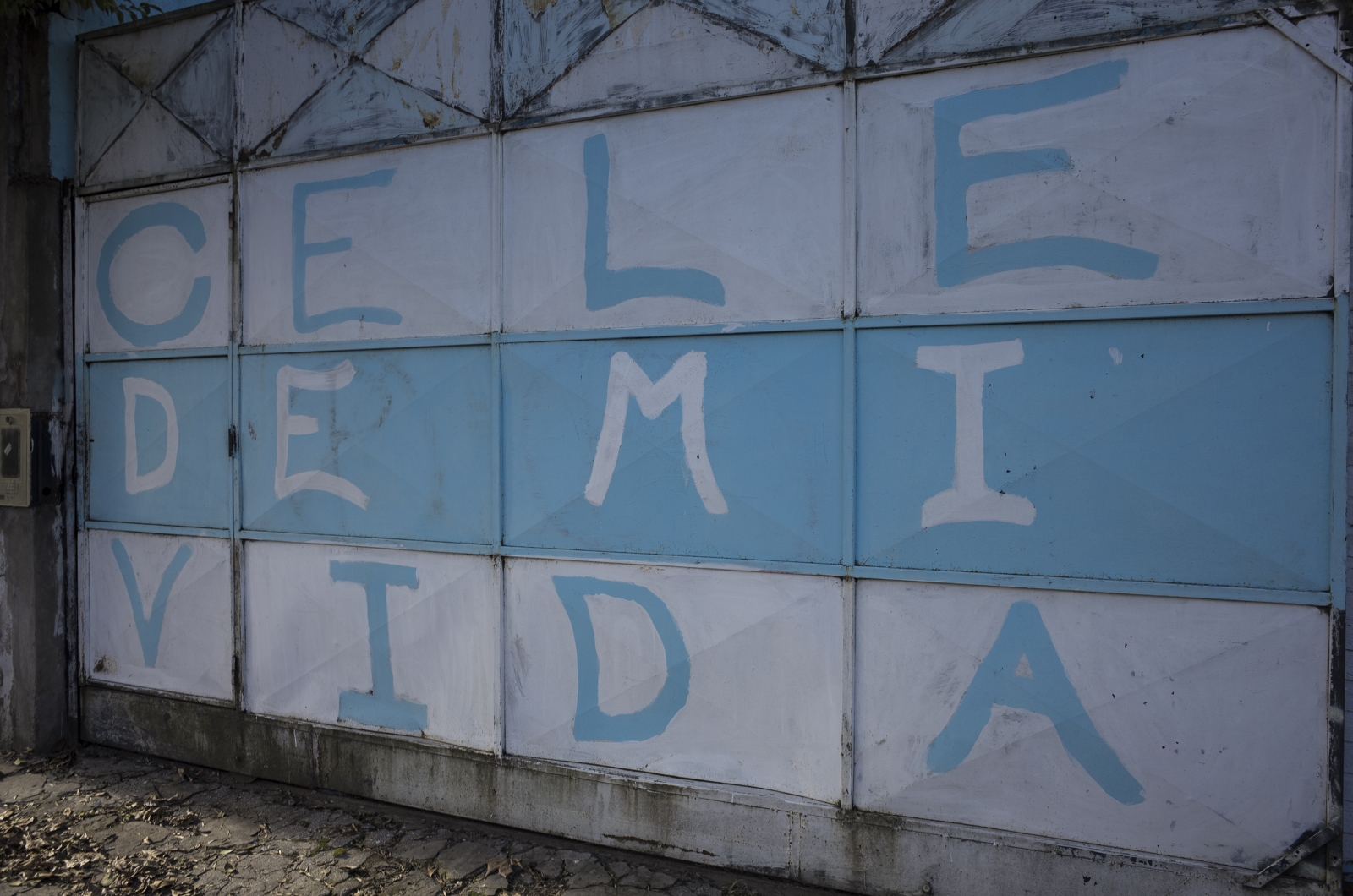 In local lingo, a Gasolero is someone who builds a successful business without major investments. That was the case of the 1970s Temperley side, which managed to achieve success and play at the top level without any significant funding. After a brief spell in the 1980s, the side went down again and financial problems hit badly. Because of this, Temperley went into administration in 1991 and were on the verge of winding up.

The fans of the club could not accept this and a huge fundraising campaign was started by the members. Some of the most loyal followers sold properties to help fund the club, and to start a new battle from the lowest division to regain their position in Argentine football. Their efforts were successful, and after fighting the battle for more than two decades, the Gasoleros returned to the Primera División in 2014, led by Gastón Aguirre, a local who came back to finish his career after having played for Newell’s and San Lorenzo. He still captains the side to this day, and a mural near the stadium celebrates his loyalty to the Sky Blues. This is where our story really starts.

The club was led by president Hernán Lewin, a young businessman with no previous ties to football or Temperley itself. He rationalised the economy of the club and renovated their stadium, and in doing so made the Alfredo Beranger a tiny but passionate home of El Celeste. The number of club members increased from 3,000 in 2012 to 15,000 in 2016, as they became one of the very few Argentine clubs without debt, and were strongly backed by the local community. Because of the enormous local support, the club started to use the motto “La familia mas grande del Sur” – ‘The biggest family of the South’. 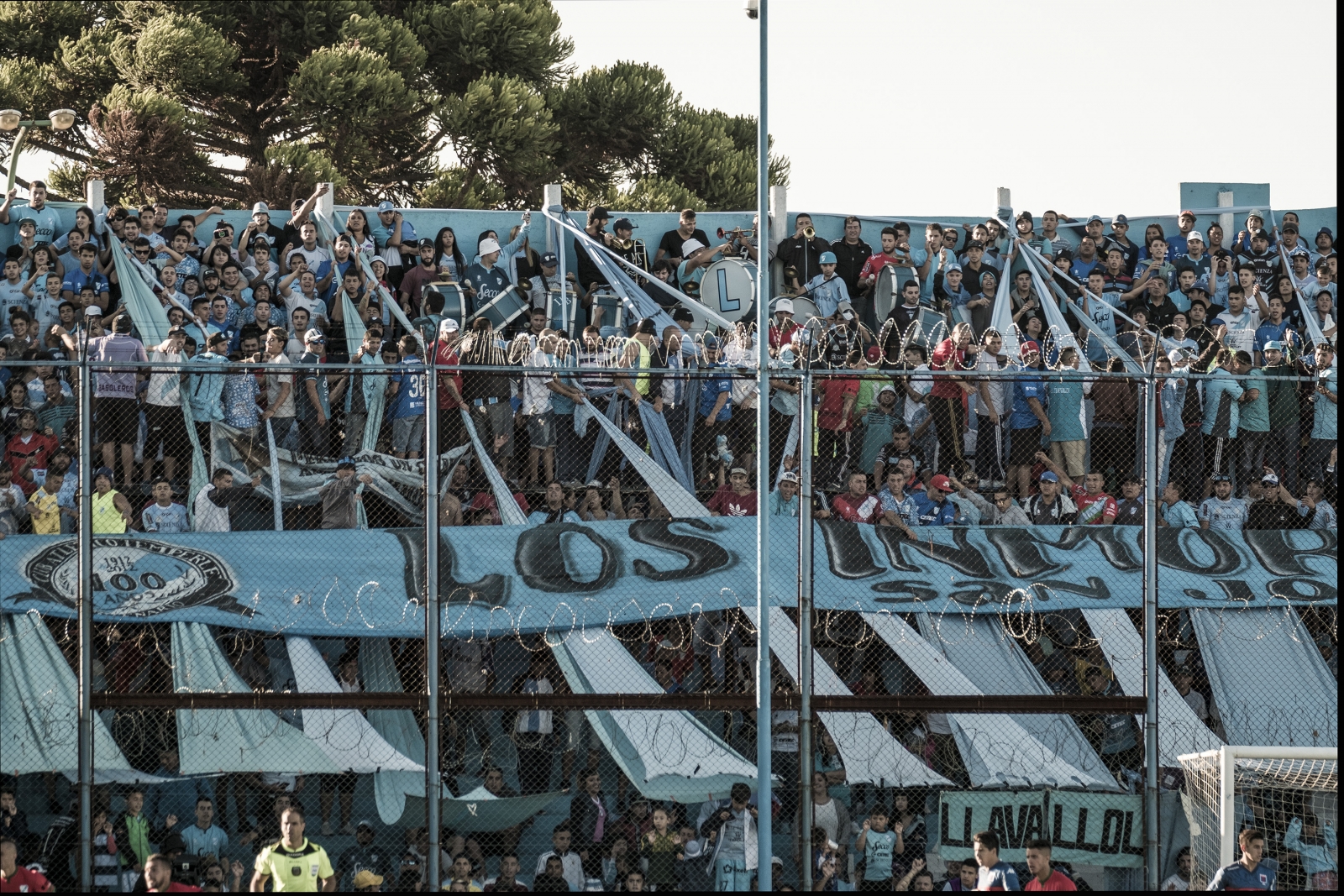 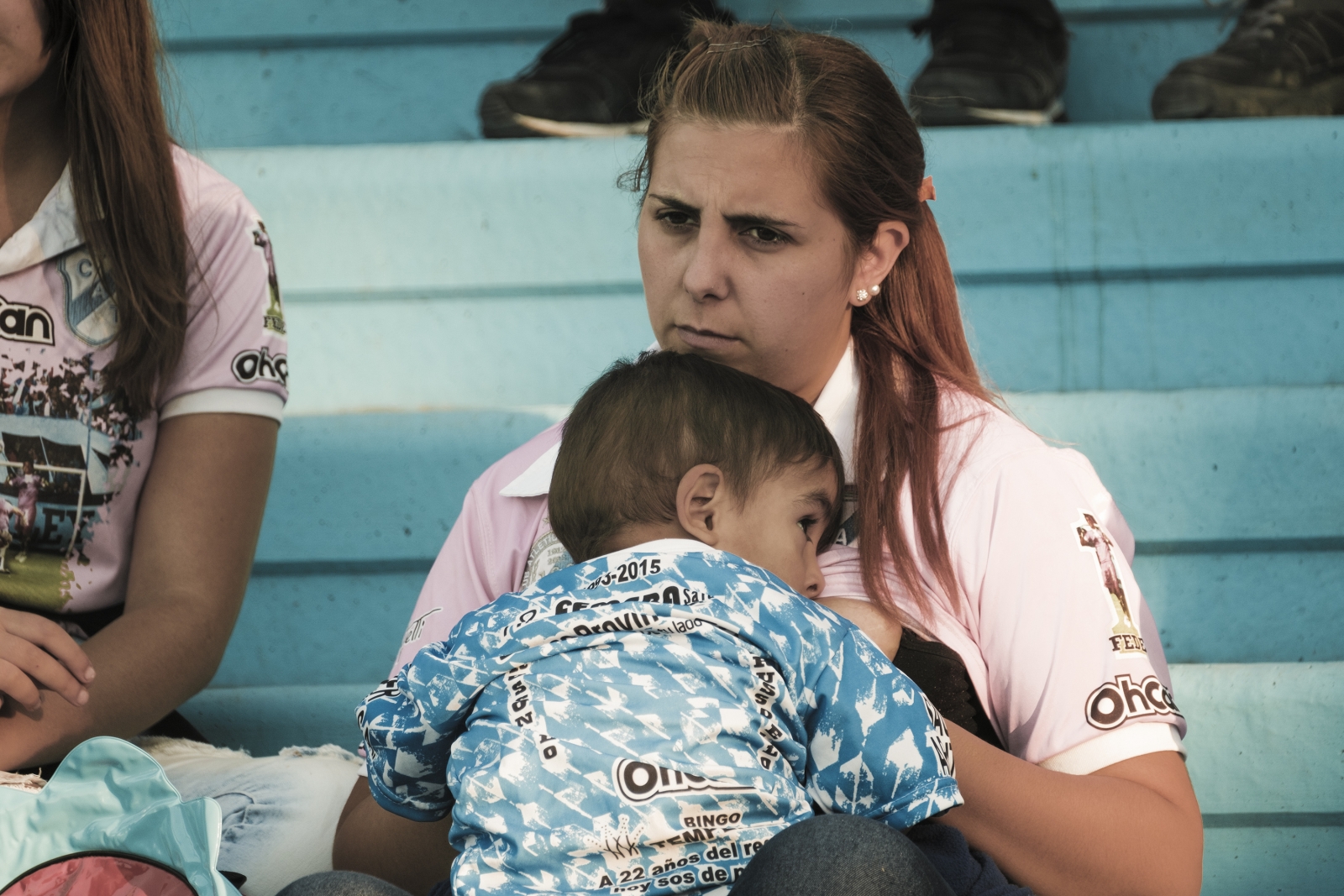 However, even though their finances were stable, their funds were still low, so many experts didn’t see a bright future for them in the top tier. But the Gasoleros stayed above the relegation line after their first season among the big boys, ending up in the last position of safety. This was the same place where they finished after the short 2016 spring season.

Fans were happy they had survived, but it was clear to everyone that they needed a miracle in 2016/17 to keep their place in the Primera. Statistics showed that after two consecutive years near relegation, they needed at least a strong mid-table finish to stay up, and the chances of doing that for a team with a small budget would be like climbing Mount Everest barefoot and without Sherpas.

On 29 August 2016, the hopes of the fans were high; first round, first win. They had dreams of survival, but those hopes were not supported by results, which were mixed until they got to the seventh round when a new problem occurred. During a game against Independiente, the barra bravas – members of the club’s ultras firm – climbed over a five metre fence behind the goal and interrupted the game for a few minutes. To understand this incident, you should know the background of the clubs and Argentine hooligans in general. 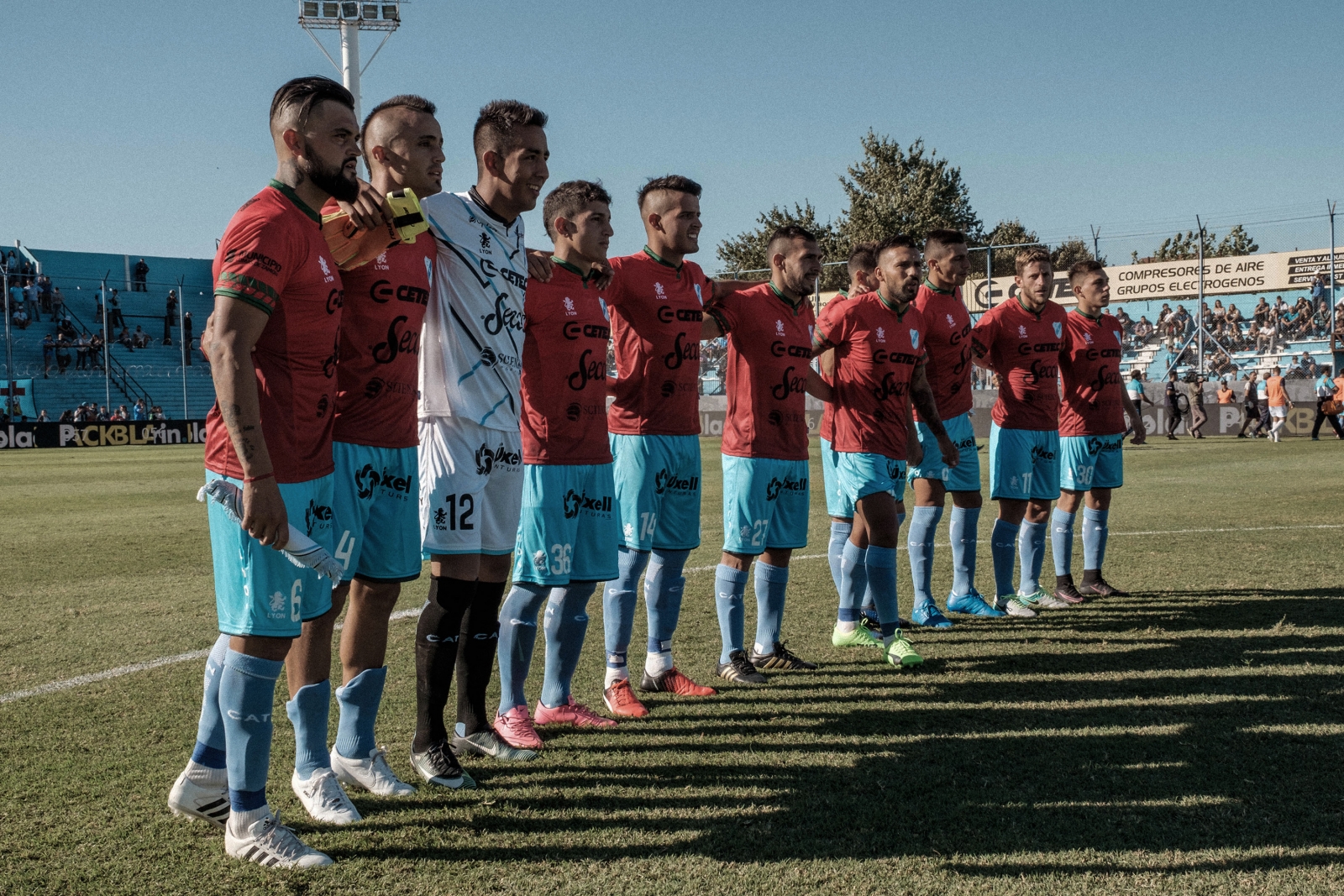 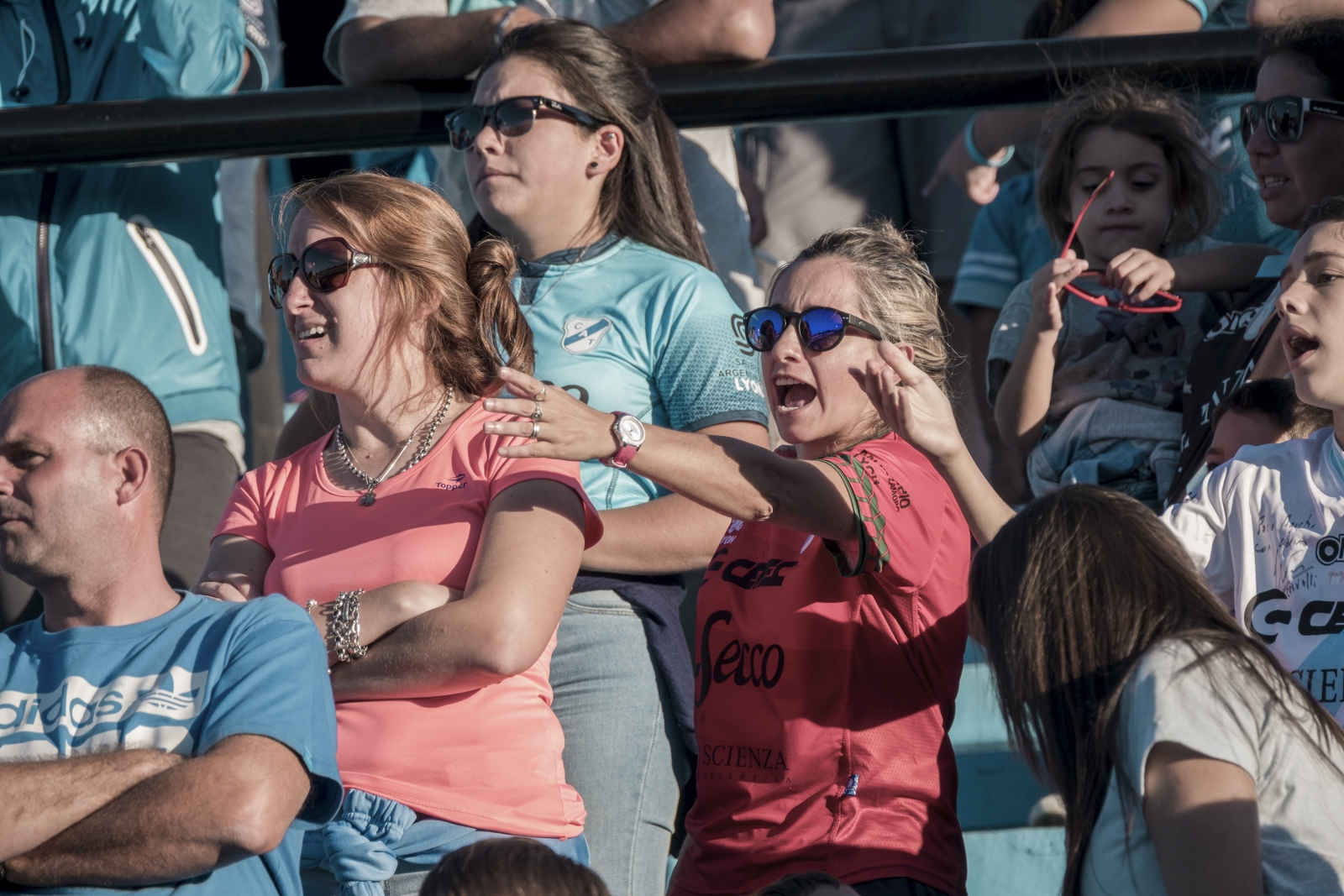 With Temperley being a small local club, their barra brava had been led by petty criminals, drug dealers, thieves and the like. After their return to Primera, serious gangs saw business opportunities in the club and a mob led by a guy called Payaso (‘Clown’), who had been linked previously with Boca’s and San Lorenzo’s barra bravas, came to oversee the firm. They claimed different rights at the club, including the merchandise, free tickets for resale, and the management of the club’s bar and restaurant.

Lewin did not want to negotiate with the hooligans, which resulted in the interruption of the game and then later death threats sent to the leader of the club. Lewin was placed under 24-hour police surveillance, but as he said later in an interview, he didn’t want to risk himself or his family’s safety, so he handed in his resignation after the incidents.

The trouble did not end, however. In early November, a shooting took place by the club’s headquarters which resulted in the arrest of five hooligans, including Payaso. After weeks of back-and-forth, the hooligans came to an agreement with the club. What privileges they received have not been made public, but the hardcore fans returned to what they did best, and that was supporting their club. Payaso was imprisoned for an earlier murder charge, but allegedly still runs the firm from behind his prison walls. 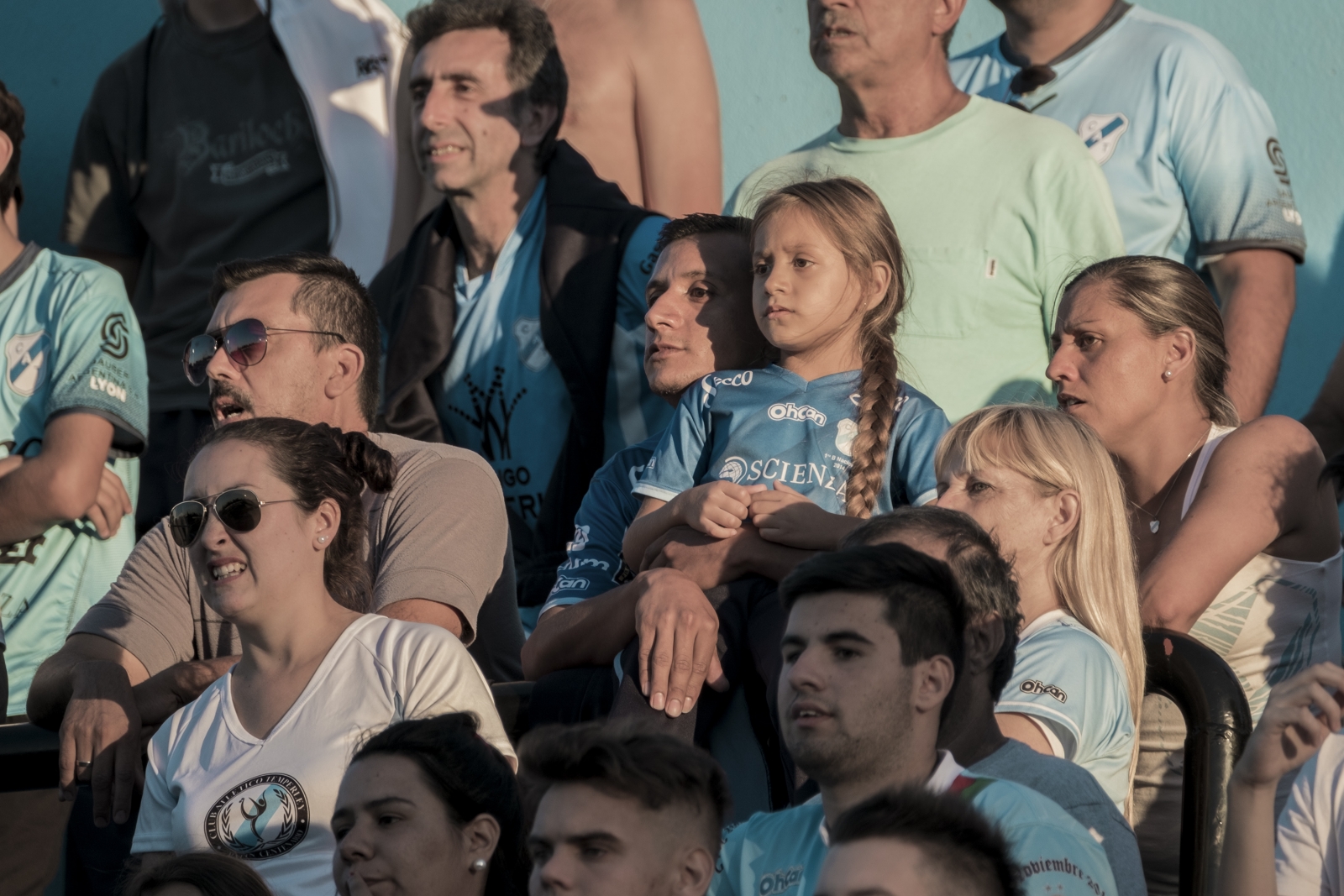 These matters didn’t help the team in their battle, and before the Christmas break the club sank to 27th place. Only the most fanatical Gasoleros believed in their survival when the ball started to roll again in February. Well, it should have started to roll, but because of the disagreement between the AFA and the players’ union, fixtures were delayed for the first two weeks, and then another, and another, until football finally came back to Argentina in the second weekend of March.

A few good wins in the subsequent rounds brought hope back to fans. Two of those wins were surprises against San Lorenzo and Racing, and in general there were better results against the stronger sides than against their direct rivals. A few rounds before the end of the championship, the relegation table started to pan out. Sarmiento, Rafaela and Quilmes were at the bottom with two rounds to go with only one more relegation place left.

Huracán, Olimpo, Aldosivi and Temperley were fighting to avoid ending up in this spot. Since all of them lost in the penultimate round – except Olimpo, who drew against Boca – nothing had changed in the table before the final day. Huracán were in the best position, but all the teams had at least a say in their fate, meaning with a win, every one of them could have potentially stayed up. Huracán played out a goalless draw against Belgrano, just as Temperley did away at Vélez Sarsfield.

El Celeste kept battling until the final whistle against a Vélez side which had nothing to play for, but nonetheless, nobody had ever seen them fight so hard. Olimpo were 3-0 up away at Aldosivi a quarter of an hour before the final whistle, which meant that the green and yellow side from the seaside town of Mar del Plata would be playing in the second-tier football the following season. 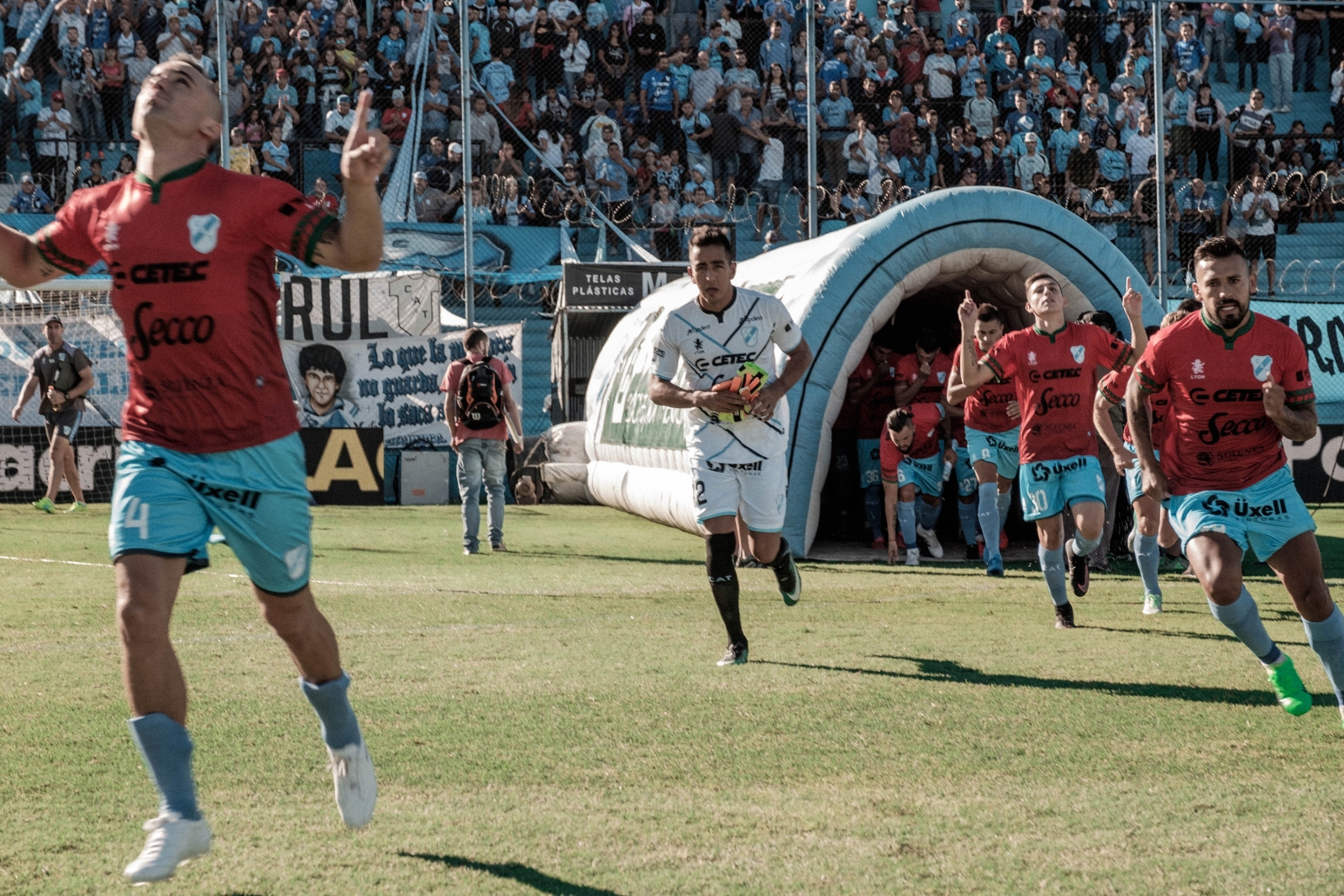 The Gasoleros were over the moon because they had achieved what very few believed they could; they had managed to stay up again. But it was not over just yet. Heavy rainfall and a thunderstorm caused a blackout in Mar del Plata and the game was abandoned. Then the rain suddenly stopped, the electricity returned, but the pitch was still covered with water. Aldosivi did not want to go out to play the last 15 minutes, instead wanting to replay the whole game, but after an hour of waiting, serious discussion and arguments with the ever-so-typical Argentine hand gestures, the referee ordered the players back onto the pitch.

During the hour-long wait, nobody had moved from in front of the big screen in the Alfredo Beranger stadium, where thousands of Celeste fans had gathered to watch the final game. The ball started to roll again in Mar del Plata, but nothing happened in the closing stages. Finally, it was official: Temperley had survived.

Finishing 17th out of 30 sides but only just staying up all sounds funny, but that is how it is in Argentina. And the question remains the same – is it a fair system? Very few would say it was, but the change of the system was the last thing on the minds of Sky Blue fans when the final whistle blew in Mar del Plata. The fiesta started late on Sunday night and didn’t stop until the early hours of Monday morning.

What will the future bring? One thing is sure, if it was mission impossible last season then it will be even harder during the new one, but we have learned something from the Gasoleros: hope never dies.

By Bett Moron. Bett is currently working on an exciting book about football culture in Argentina. You can check out more of his work on Instagram.