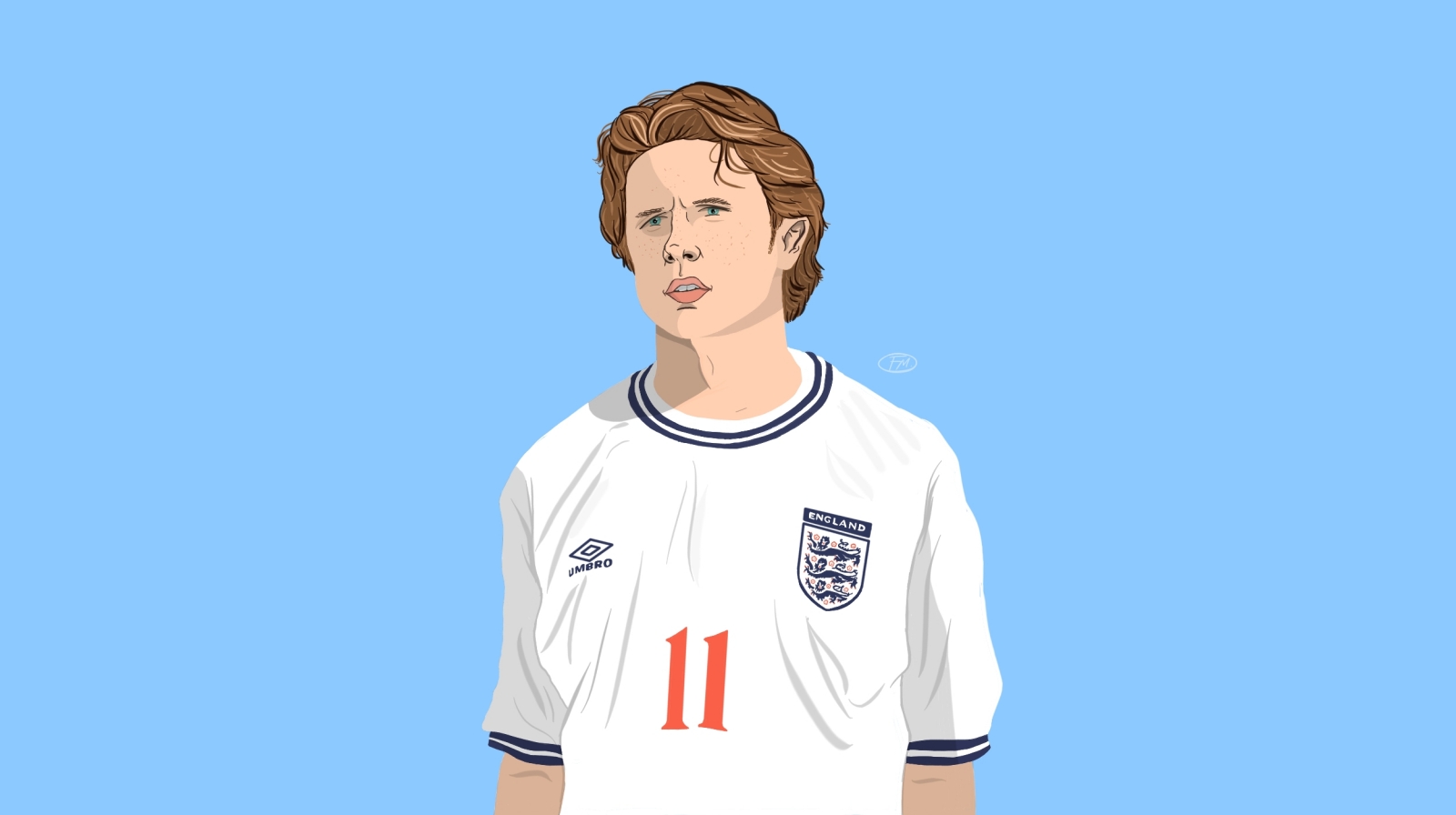 Steve McManaman: England’s greatest ever footballer? Not the obvious choice, I freely concede, but hear me out before you reach for the pitchforks and flaming torches. I believe there is an argument to suggest that there is no single definitive answer when choosing the greatest English footballer, but there is a solution.

Bobby Charlton would likely be the immediate candidate in the minds of many but within his potential anointing there lies an error. Can you really be classed as your country’s greatest player despite not being the greatest player of your chosen club?

I have a theory that the greatest English players blossomed the way they did not primarily because of their own undoubted talents but as a consequence of the players they were surrounded by. After all, Charlton was blessed with outrageous gifts but he was also blessed to be orbited by Scotland’s Denis Law and George Best of Northern Ireland, and Best is quite rightly viewed as the greatest Manchester United player of all time.

Paul Gascoigne represents another impulsive yet wayward choice. Truly wonderful between 1989 and 1991, certainly, but then blunted by a terrible injury and arguably only seen peaking once more when rising to the challenge of Euro 96; ultimately leaving behind a talent unfulfilled.

Bobby Moore, perhaps? England’s greatest icon without doubt, and the leader of his nation on its most glorious and inimitable day, but also a culpable party to England failing to qualify for the 1974 World Cup. Furthermore, despite notable club successes at West Ham during the 1960s, Moore was never tested at the pinnacle of club football. He remains quite possibly the greatest English player never to play in the European Cup – alongside Jimmy Greaves – but the title of greatest English player of all time may well be beyond him.

It is purely conjecture, of course, but I would suggest that taking on the task of deciding England’s greatest ever player is more difficult than doing likewise for any other nation, simply because each contender has such blatant flaws. There exists a unique complexity to the Anglo-Saxon islands; detached from the European mainland but still a historical sponge which has absorbed an array of differing cultures and morphed its shape and feel considerably.

These changes manifest themselves within the football England produces. The blood and thunder of a Terry Butcher could be classed as the closest thing we’ve seen to Viking football, while the artistry of a Glenn Hoddle could have been imported from the Renaissance itself.

For my observing eye, the most aesthetically pleasing English players have been the ones that have almost been the most, you could say, un-English of all England’s players. The great but, at times, temperamentally flawed mavericks of the 1970s; those who played the game with a wondrous freedom of spirit against the backdrop of the uncompromising and near-violent intent of opposing defences.

Rodney Marsh, Frank Worthington, Charlie George, Tony Currie, Alan Hudson, Stan Bowles; all lifted pristinely from the maverick-mold, each of whom played the game in an anti-establishment fashion and were undoubtedly blessed with the greatest of talents, but not one in possession of the desire to be part of the bigger picture.

What that all means is that the concept of selecting the greatest English footballer isn’t as simple as just picking a World Cup winner. In my opinion, what is far more clear-cut is who deserves the title of greatest English export – the English player to have made the most memorable and impactful impression on football beyond England’s entrenched borders. That man is Steve McManaman.

McManaman’s four years at Real Madrid coincided with the four years Vicente del Bosque led Los Blancos and when the former walked away from the Bernabéu in 2003, he did so with a collection of medals that the arriving David Beckham could only have dreamt of accumulating in the Spanish capital.

Two La Liga titles and two Champions Leagues, as part of an eight-trophy haul, McManaman was a goal-scorer in the 2000 final against Valencia in Paris and showed an admirable bloody-mindedness not to be pushed out of the exit door in the summer of that very year when Luís Figo controversially arrived from Barcelona, a situation that repeated the following summer when Zinedine Zidane was signed from Juventus.

McManaman refused to play the game that Florentino Pérez invented – the Game of Galacticos. Ostracised, he fought his way back into the side and won the devotion of the Real Madrid faithful. Alongside Geremi, del Bosque publicly insisted that McManaman was the most important member of his all-conquering squad. In a dressing room of egos, they were the two players who brought everyone together.

The last great English dribbler, McManaman was a concoction of modern athleticism and more vintage English qualities, offset by a Liverpudlian propensity to look out to sea rather than inland toward the hills. He embraced Madrid and absorbed Spanish culture along the way to becoming a great. Perhaps, should you be so inclined, a case could well be drawn against McManaman being England’s greatest ever player, just like the others. But, I do insist, he is by far England’s greatest export