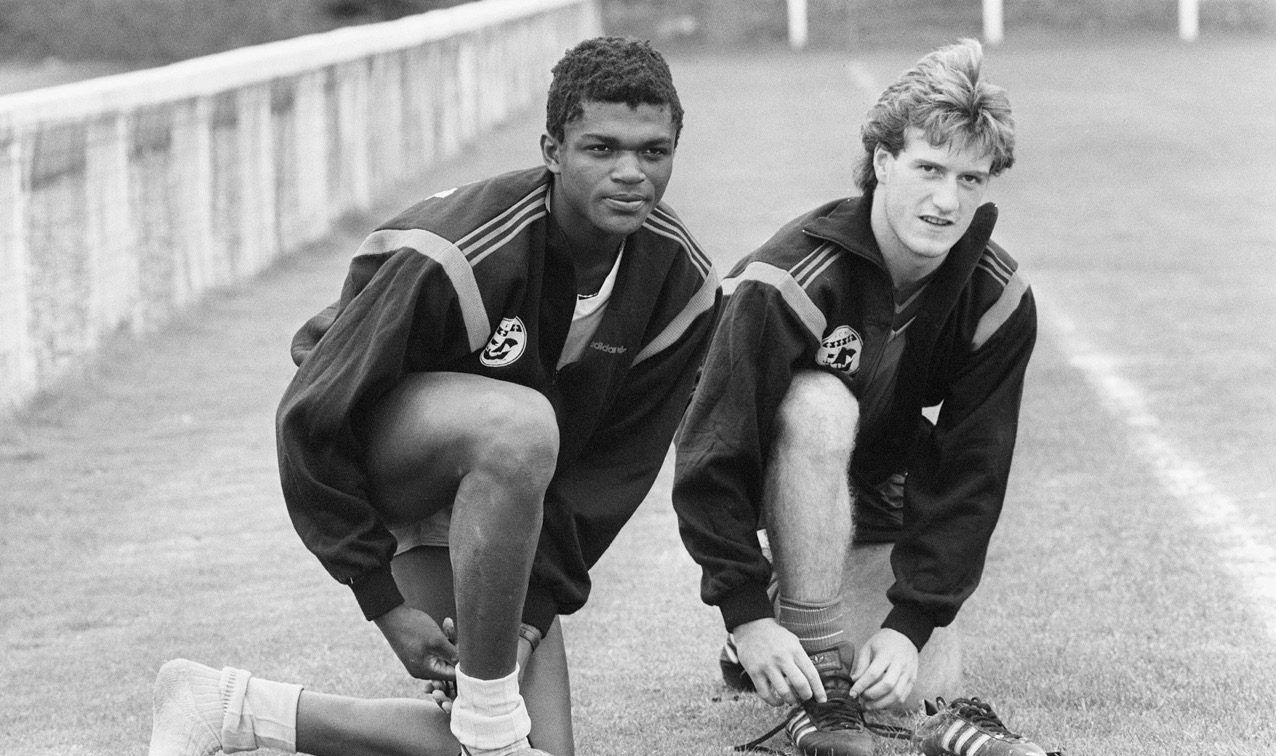 French football is experiencing something of a renaissance at the moment. Indeed, the presence of nouveau riche Ligue 1 sides Paris Saint-Germain and Monaco in the latter stages of the Champions League, coupled with emergence of likes of Varane, Griezmann, Pogba and Mbappé serves to evidence the obvious progression – both at grassroots level and in the more competitive professional game – being made across the channel.

In many ways, this is most definitely a positive, as the French national team continues to grow in a manner rarely seen in recent years, while Ligue 1’s UEFA coefficient improves year-on-year, to the detriment of other rival nations, such as Italy and England.

However, the fact remains that Paris Saint-Germain’s riches will also help to attract Europe’s top players, accentuating the gap between France’s foreign-owned monied elite and the rest. This gap between rich and poor, haves and have-nots, is the logical product of free-market capitalism and echoes problems found in society as a whole. The problem, here, of course, is that in the sphere of competitive football, the wealthier sides act as magnets for the top young stars, creating a talent drain elsewhere.

So, just as the likes of PSG and Côte d’Azur side Monaco continue to strengthen year-on-year, former powerhouses of French football such as FC Nantes, Saint-Étienne and Bordeaux simultaneously become weaker and less of a threat to the newly established order than they were before.

It is perhaps the case of the former, Brittany-based FC Nantes, that is most intriguing in this regard. For the eight-time champions of French football have been in something of a liminal place of late, yo-yoing between the top two divisions at frequent intervals, and flattering to deceive during periods of relative stability.

It would be a tad remiss and short-sighted to suggest that a club the size of FC Nantes may never taste Ligue 1 glory again, but also a blow to the football romantics out there that yearn for a bygone era when football somehow seemed purer and less predictable. Yet, as it stands, Northwest France’s sleeping giant is battling against the proverbial tide, unable to escape the purgatorial situation in which it currently finds itself.

Of course, it hasn’t always been this way.

This, let it be said, is the club that once ruled France on two separate occasions in the 1960s and 70s, and whose academy later gave the world notable footballing luminaries such as Marcel Desailly, Didier Deschamps, Claude Makélélé and Christian Karembeu. That no less than three out of the aforementioned four went on to lift the trophy for hosts France at World Cup ‘98 says as much about the Pays de la Loire side’s pre-World Cup prestige and grandeur as it does about Les Canaris late 1990s talent conveyor belt. There was a time when Nantes’ traditional yellow and green symbolised more than just mid-table mediocrity – it was tied, almost intrinsically, to the famous ‘jeu à la nantaise’ philosophy of pioneering former coach José Arribas.

Football Club de Nantes was founded on 21 April 1943 by then-president Marcel Saupin, who merged five amateur clubs from the city together. The team from the north-west city initially made few waves domestically and spent its first two decades of existence in the relative obscurity of France’s lower leagues. Yet, the club celebrated its 20th anniversary in remarkable style – topping Ligue 2 and achieving promotion against perennial second division rivals Sochaux.

Under the canny tutelage of Arribas, Nantes quickly earned a reputation for a free-flowing, quasi-scientific attacking game that privileged the collective unit over individual displays of excellence. The Bilbao-born Basque coach’s ‘jeu à la nantaise’ style of play, as it came to be known, was wonderfully implemented by his players, and huge strides were made on the pitch as a result.

Large, unqualified success followed, as Les Canaris, led by their inspiring and innovative coach, shocked the whole of France by winning the 1965 championship in only their second season in the top flight. To put this achievement into perspective, Nantes’ title win of ‘65 is perhaps best paralleled with Nottingham Forest’s English First Division championship title win of 1979, while comparisons can also be drawn with Everton’s School of Science side in the 1960s. Too often in the modern game, the phrase ‘style over substance’ is bandied about to suggest that the two distinct mantras are diametrically opposed and do not always go hand in hand, yet Arribas’ Nantes team combined the two in a wonderful footballing mélange.

In 1966, Les Jaunes et verts retained their French title in style, finishing seven points ahead of nearest challengers, Bordeaux, thanks by and large to the goal-scoring expertise of striker Philippe Gondet, who netted an impressive 36 strikes during the 1965-66 domestic campaign. That summer, no less than four Nantes players, Robert Budzynski, Jacky Simon, Philippe Gondet and Gaby de Michèle, were selected to represent the French national team at World Cup in England, while Arribas himself briefly served as interim coach for Les Bleus, alongside Saint-Étienne’s Jean Snella. Nantes were at the forefront of French football at this time, and fully deserved to be there.

Snella’s Saint-Étienne went on to dominate French football for the rest of the 1960s, winning four championships during the decade. Indeed, it wasn’t until 1973 that Nantes reclaimed the French league title. That year the team from Britanny failed to complete the double, losing to Olympique Lyonnais in the final. However, Les Canaris did capture two successive Coupe Gambardella trophies in 1975 and 1976, respectively.

Arribas left at the end of the season, replaced by Jean Vincent, yet that didn’t halt the progress of the club. A year later, they picked up their fourth domestic title. This period is regularly referred to by those associated with the club as the ‘Special 70s’, as Nantes regularly had five or six players representing the French national team, while the side also won their first Coupe de France in 1979, beating Auxerre 4-1 thanks to a hat-trick from star striker Eric Pécout.

Former player Vincent held the reins until 1982 when Jean-Claude Suaudeau, another former star and fan of the jeu à la nantaise style of play, replaced him. Suaudeau, who was affectionately known as ‘Coco’ by the players, was an immensely popular figure at Nantes. A keen student of Arribas and former academy director at Nantes’ La Jonelière complex, Suadeau refined the latter’s philosophy and turned it into an effective, modern system, with Nantes’ class of 1982-83 widely deemed to be one of French football’s greatest ever club sides.

Coco quit the club in the midst of a largely barren, trophy-less spell at the end of the 1987-88 season, yet Nantes did at least possess world-renowned pedigree in the form of Argentina’s 1986 World Cup final match-winner, Jorge Burruchaga, who appeared for the club between 1985 and 1992, and a decent crop of youngsters including Marcel Desailly and Didier Deschamps.

Deschamps, however, left for Marseille in 1989, after being tempted by the promise of European football with the Provencal side, yet Suadeau returned to the west coast in July 1991 and, after a brief spell spent in Ligue 2 for financial reasons, helped mould Nantes’ remaining stars into a force to be reckoned with, both in France and on the continent.

At the time, Suadeau perhaps didn’t possess the players necessary to play à la nantaise, but as L’Equipe’s Patrick Dessault noted, “he composed the music, the players played the score”. Coco’s plan was to speed the game up; play at ‘100 miles an hour’, as he himself observed, and backed by the likes of academy graduates Claude Makélélé and Christian Karembeu, Nantes won the 1995 French championship and then reached the semi-finals of the Champions League in 1996, losing to eventual winners Juventus.

Nevertheless, the Nantes we know today – the current incarnation in its slightly mediocre, scaled down form – is shaped not by the relative success that Suadeau achieved on the continent, but instead by a financial crisis between 1995 and 1997 from which the club has never truly recovered. During that period, and the ones immediately before it, a worrying precedent was established in which Les Canaris became a selling club, and perennial yo-yoers.

Relegation under the current regime of manager Michel Der Zakarian and chairman Waldemar Kita seems a long shot, as results have slowly improved on the pitch, yet a feeling of melancholy remains, as the club of Suadeau, Desailly, Deschamps and Burruchaga looks destined to spend years in the footballing wilderness, eclipsed by France’s new, foreign-owned, monied elite. For now, at least, Arribas’ jeu à la nantaise remains a distant memory.