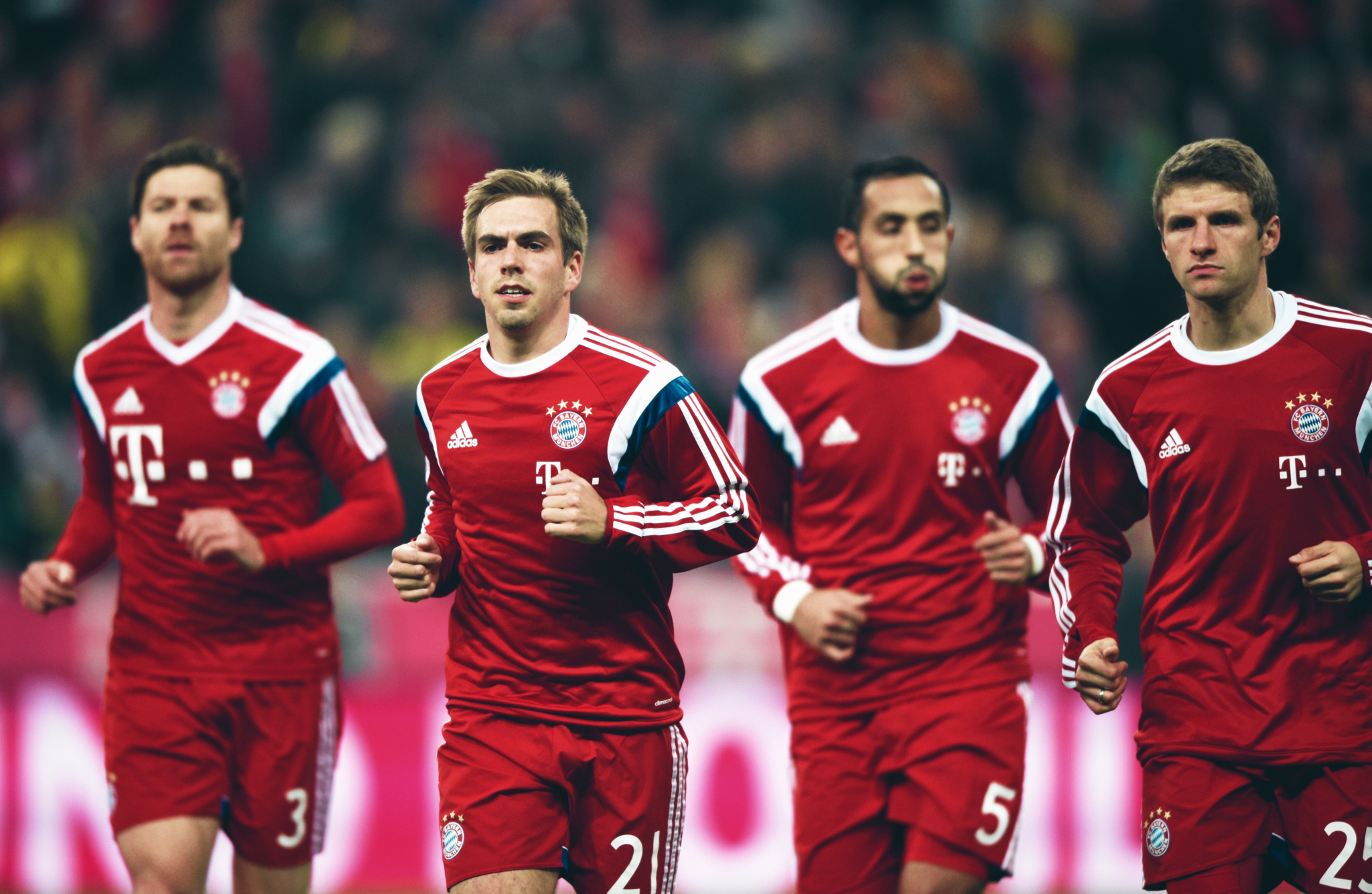 ASCENDENCY COMES IN MANY FORMS. For one club, ascendency includes 27 domestic league titles, 18 DFB-Pokal titles and six German Super Cup titles. But in what form does dominance reveal itself? Five European Cups, one UEFA Cup, one Cup Winners’ Cup, one UEFA Super Cup, two Intercontinental Cups and one Club World Cup. This is Bayern Munich.

Bayern, long one of German and world football’s goliaths, has entered a phase of unprecedented success in domestic and continental football, and as a global brand. The Bavarian giants share a common modus operandi with the world’s elite football clubs – and then some. For a club so synonymous with German footballing lore, Bayern Munich the club literally embodies football development.

In 1963, when the regional Oberligas combined and consolidated to form the Bundesliga, Bayern were not among the five teams from the Oberliga Süd (Oberliga South) to enter the Bundesliga as another Munich team. TSV 1860 München, captured the championship. A mere two years later, in 1963, they gained promotion with some exceptional young players like Franz Beckenbauer, Gerd Müller, Peter Kupferschmidt, Rainer Ohlhauser, Rudolf Nafziger and Sepp Maier.

Excellence is no accident and Bayern Munich has set the standard in total player development. It comes as no surprise that Bayern, a club that boasts a rich history of success on the field at the senior level, understands the intricacies of building from the ground-up. The development that takes place at the Säbener Strasse youth academy extends far beyond football drills. At any given time, the Bayern academy has approximately 170-190 players in the youth program.

A club that has produced the likes of Bastian Schweinsteiger, Markus Babbel, Holger Badstuber, Dietmar Hamann, Philipp Lahm, Mats Hummels, Toni Kroos, Thomas Müller, Emre Can and David Alaba champions its cause to be the most successful club domestically whilst providing the bulk of the talent in the national side ranks at every age group. Matthias Sammer, former sporting director at Bayern, understands the reality of the global game: “In football, it’s not about egos, it’s about success. World class has to be our benchmark. Based on my experience, German football needs to grasp very quickly that we simply cannot use a standard approach when it comes to dealing with players.”

Bayern Munich’s philosophy typifies qualities like excellence, perfection, attention to detail, unity, diversity and innovation. The club motto, Mia san Mia, translates to ‘We are who we are’ and in football there is perhaps no greater truth. Teams, players and coaches are defined by style but ultimately remembered by results. Bayern’s dominance starts from the groundwork at the academy. In 1995, Karl-Heinz Rumminegge and Uli Hoeness set out to restructure the standard of football played at Bayern Munich and in doing so came to the prophetic realisation that the best academies in the world train their core players instead of just buying new ones.

Tharealisationon accomplished two defining principles that have both allowed Bayern to not only rise to the top, but stay there as well. The first concept was fiscal responsibility. It simply makes better business sense to develop talent rather than depend on development schemes and systems from other clubs to create a player that fit the club’s needs. Secondly, Die Roten realised that to dominate domestic and European football, it needed players who were groomed to be technically and tactically adept while playing the Bayern Munich way; it means living and breathing the club’s tradition, philosophy, and mentality on and off the pitch.

The new era of youth development at Bayern is the culmination of some of the best coaches, technical directors, and players in German football. In the early-2000s, when German football hit rock bottom and revamped its national program and initiative, Bayern Munich’s director of youth football, Werner Kern, was not shy in vision for building establishing one of the best football academies in the world: “In order to establish the best football education it must have the best of everything: the best coaches, the best team environment, the best age-oriented challenges, the best training conditions and equipment.”

It should be duly noted that Germany’s ascension to the pinnacle of the game coincides with the Bayern Munich’s revamped system. Such visions into total football development mirror those of other football clubs noted for their unique and successful methodology for player development like Ajax and Barcelona. At Bayern, players are scouted first in the region surrounding Munich and then in the rest of the southern portion of the country. The goal is to attract and retain local talent before the search is extended. The club also uses Talent Day, a mass weekend tryout for admission into the academy. Evaluations are rigorous, involving 500 players from all over Germany and the world; seven players from that group will make it to the Bayern Munich Junior Team.

Current manager of the Bayern Munich junior team, Wolfgang Dremmler – another former Bayern star – asks the pertinent questions and details the procedure for such an event: “Does the boy put his heart and soul into his football? How good is his movement, how are his skills in terms of coordination? It’s quite easy to recognize things like that. You see it during the games, exactly how a boy conducts himself and the energy he puts in. 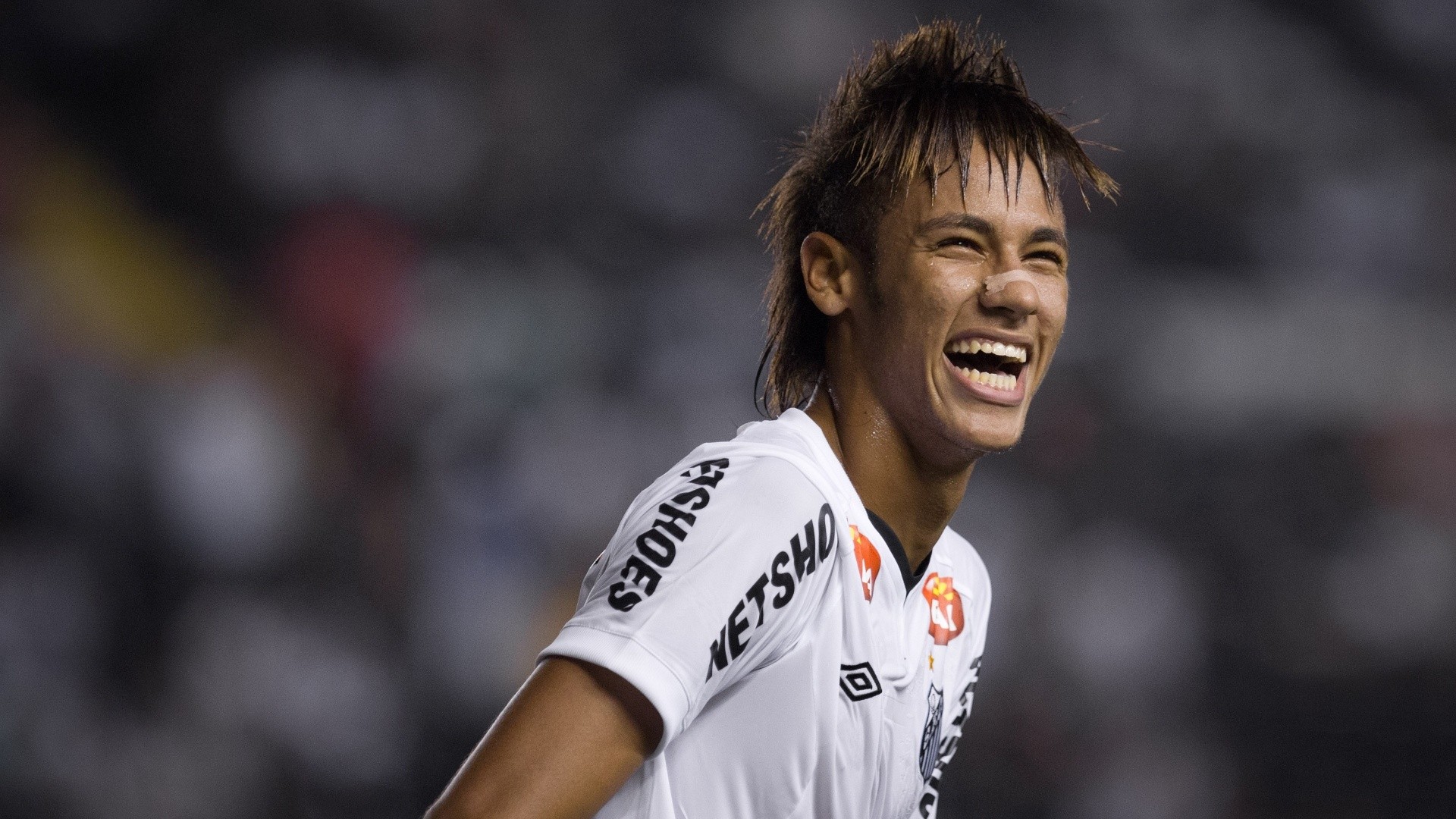 “We don’t specifically test any technical skills – no one has to go dribbling through cones. We just let the kids play, with or without a goalkeeper, without a dead-ball line – just like it is in the streets. There is nothing to win and there are no trophies to hand out. Fun, emotion and desire are the only things that matter.”

Players in the academy play age-appropriate football. The youngest groups, under-7 to under-10, play on condensed pitches in seven-a-side formations. Goalkeepers are made to play in small-sided matches to increase their technical proficiency and confidence with the ball at their feet. To create complete players, youngsters are made to play a variety of positions while learning the fundamentals of the game well before any tactical implementation takes place.

At this level, teams often set up in a 2-3-1-1 formation. At Bayern, the belief is a player must be able to play well enough without tactical rigidity if he has any hope of playing within a tactical framework. At the under-12 level, 11-v-11 is played and the sides deploy a 4-3-3 formation.

At the under-15 level, players who live far from the training ground will join residency. During residency at Säbener Strasse, players continue their formal academic education and have access to the physiotherapists, doctors, staff, and other teams within the club structure. At this level, the players will continue to play the type of football expected of them from the senior team and as a result, this is the transitioning point where development goes from bottom-up to top-down.

Players must look to play possession-based football and constant movement and is the standard. The barometer for quality is seldom the scoreline, but rather the style and fluidity of the football on display. Efficiency is trained into the players to eliminate needless and reckless running. The team operates as unit as players understand their role is to serve the team over themselves. Passes are counted, consistent with the modern belief that 10 to 15 passes must be made to start an attack from the back through the midfield. Ball circulation has become a staple of Bayern Munich’s football and possession is the team’s best form of defence and attack. When the ball is lost, the team presses to recover possession and begins circulating the ball and probing for attacking opportunities.

Training is age-specific but the competition for the young sides is often against older teams to provide a comprehensive and challenging competitive environment for players in Bayern’s youth system to compete against each year. Another aspect is the hyper-organization the club uses to categorize players in a multitude of competencies. Players are identified as leaders, role players (who can play a variety of positions with proficiency), and squad players. Part of the categorising exercise is to assess the targeted growth plans for each age division, each position, and as an individual – all while using one system of play consistent with senior team so there are no surprises when players are integrated into the first team.

The three-pronged approach ensures complete and holistic development. A player who falls short of being able to excel in his development will likely not succeed at Bayern, however that player will be successful elsewhere, which is a success for the club, too. It does neither the club nor the player any good to be retained if the player will not play.

This meticulous approach also guarantees players are part of the machine. Players fit the system; the system does not fit the player. As such, individualized coaching is provided for each player as they are ultimately investments. Coaches analyze character, footballing ability, capacity to learn complex systems of play, growth potential, the ability to handle difficulty while absorbing skills, honing technique, and maximizing a player’s mental and athletic output. Part of the evaluation process is personality testing where players are assessed in areas including confidence, sensitivity, arrogance and humility.

To succeed at Bayern Munich, players must balance the pressure of playing for the Bavarian giants while performing under the scrutiny that comes with being a part of one of world football’s giant clubs. On the footballing front, the education Bayern instils in its players revolves around versatility, intelligence, technical and physical dominance on the pitch.

Players have access to the senior team’s training session and see how the players under Pep Guardiola’s tutelage operate and carry themselves. The intention is to show them what the finished product looks like. Youth players often join the senior team in training camps. According to Matthias Sammer:

“They need to take a chance, don’t be scared and go for it. They’ve got fully involved, they’re improving day-by-day and have integrated really well. Integration on its own isn’t enough to make it. You’ve got to do more as a young player.”

The approach is certainly working at Germany’s premier football club.