In the summer of 2001, I was fortunate enough to train in Holland for close to 16 weeks, playing with a local team from Enschede in friendlies and tournaments. I saw how young Dutch players trained, prepared and learned the game.

One morning, after playing a few hours of street football, I rode my bike to FC Twente’s brand new training ground in Hengelo hoping to see the first team train. What I found was the club’s youngsters, aged eight or nine, assembling on a small pitch just outside the main training fences corralled by a team of coaches all holding clicking hand counters.

Each player had a ball and assembled into groups of six and, after hearing instructions, the whistle blew. The entire field of players began a series of ball touches in unison while the crew of coaches clicked away with the counters. It didn’t take me long to figure out what was happening; these players worked through rehearsed ball movements in sets of 100-200 repetitions, at match speed.

After rounds of toe-touches, Cruyff turns, drag-backs, pirouettes, juggles, dribbles, or paired one-touch passing the players rested, rotated to a different station, and began another set targeting a different skill. Admittedly, I was surprised at the smooth movements on display.

I watched for a few minutes, unknowingly inching my way closer before one of the coaches made eye-contact with me. He jogged over and spoke to me in Dutch. Gathering my awkward stammering and shy disposition, the young coach deduced I didn’t speak Dutch, so in near-perfect English, he asked, “You want to play? You want to join today? We just started.”

To my astonishment, I agreed, after all, I rode 11 kilometres to watch a training session so the invitation to participate was exciting. An older, more experienced coach shook my hand and, placing a ball at my feet said, “Hup, you start. Stoppen, you stop. Good?” I nodded. Nothing complicated, nothing elaborate. Each movement was modelled by one of the coaches before we commenced the training session. More importantly, each drill was a progression from the previous basic exercise into a more advanced movement.

Since I started after the group, I continued to train with a coach as the players moved to another field to play the older team – players my age. After 70 minutes, I was sore, I was tired, but most of all, I was exposed. This wasn’t a fitness-focused session either, I’d just never trained so rigorously and exclusively on fundamental movements.

My technique wasn’t as polished as some of the younger players. The coach told me I had completed a 10,000 touch workout and that each of his young players did it once a day, at least six days a week, and I should do the same. He informed me they’d complete a variation of that workout daily, usually at home, and every player knew its necessity. He equated the touches with putting money in a piggybank. A fitting analogy.

My narrative aside, in the footballing world it’s evident a visible gap exists between countries taking pride in developing talent and those content just to qualify for a tournament or be on the same pitch with the world’s best. The countries developing great players have figured out a culture-centred and formulaic way to produce the talent in abundance filling their club system (all levels) and national side team sheets.

The rest of the world, meanwhile, must unlock the secrets of building not only talented individuals, but of a talented and capable generation of players. The approach is a game of numbers. Increasing the number of functional reps each day builds a stronger foundation for more players to improve. The higher the level of play (quality) plus the higher the competition and competency (quantity) equals a better end product, regardless of level (professional, amateur, etc).

Before we delve into the theory behind the number made famous by Malcolm Gladwell’s bestseller Outliers (2008), let’s examine why there’s a gap in youth development. Countries that plateau in developing talent certainly harbour high aspirations for their players. Unfortunately, they also concede inadequate execution committed to developing world-class talent.

These countries need to identify exactly what ‘world-class talent’ looks like before initiating quick fixes. For example, in the US there exists a stale rhetoric rife with claims the USSF dutifully follows the same methods of football’s elite up until recently – and it may take another generation of players to reap these benefits.

Football’s world powers, regardless of geography, breed players and fans working to create distinctively national styles of football. For these countries, the sport is such a part of life that it’s closely entwined with the larger political and social fabric of a culture. There, young players don’t look at football as a chore or extracurricular activity. 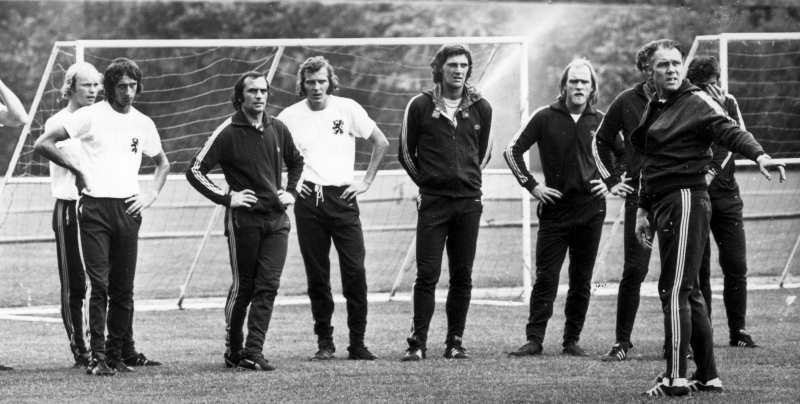 It has very little to do with individual pride either; every player want to improve, they just don’t know how. For nations lacking success on the world stage, this disconnection between a country’s culture and its football might be where the fracture lies. The how of anything is resolved when you identify the why.

As with any functioning system, there must be a process. A measurable input that yields a predictable output. Gladwell’s book Outliers suggests that, in addition to peripheral factors like luck and random chance, mastery of a specific skill takes no fewer than 10,000 hours of focused practice and performance. His research reinforces the validity of case studies lodged heavily in the theoretic, and it’s quite impressive to say the least.

But in football, 10,000 hours of application doesn’t really guarantee mastery; so how about 10,000 touches a day on the ball? Admittedly, there are countless factors at play regarding whether a player becomes a professional. But what if the goal is to produce capable footballers at not only the pro level, but at all levels?

Perhaps Rinus Michels’s Total Football combined with the famed Coerver method has paid dividends. In these systems, ball mastery is not only an expectation but a demand as it allows players to dynamically affect a match from a young age, presumably producing happy players.

The Coerver Method is a coaching platform steeped in both pyramidal and pedagogical practices developed by ‘The Albert Einstein of football’, Wiel Coerver. The moniker is well-deserved as development under this system requires progression through a structured process, beginning with the basics of ball mastery, footwork, group tactics, passing and receiving, and eventually moving towards individual moves and clinical finishing.

The repetition leads to habitual patterns of play and techniques to a point where complexities become simple. Players integrating supplemental Coerver methods can easily get 10,000 touches a day. And this method is no longer exclusive to the Dutch style (total football). Styles in Spain (tiki-taka), Italy (catenaccio), France (Carré Magique) and Germany (gegenpressing) all utilised tactics requiring technically sound players with the ability to interchange positions on the pitch; a skill acquired through relentless repetition.

In South America, football has been a fundamental piece of culture ever since its introduction to the continent. As a result, the blend of football with culture has resulted in periods of domination by South American players and nations. Three South American nations have won half of the 19 World Cup titles.

South America has also produced arguably two of the most influential and talented players of all-time in Pelé and Diego Maradona. Worldwide, fans are captivated by the creativity, flow, flair and ‘completeness’ of both the Brazilian Seleção and Argentina’s Albiceleste. In these cultures and systems, players learn to maximise their effectiveness through rigid competition both at the club level and territorially in local games. The combination of futsal and street football stresses good technique and unrivalled creativity. Players are apt to get 10,000 touches a day.

Of course, these objective methods exist in the subjective world of football. One can look at the fact Holland has never won a World Cup and other nations have shown they can beat the Brazils and Argentinas. One can also look at the Dutch influence on Spanish football’s tiki-taka stressing mastery levels of passing, receiving, dribbling and finishing, and contend that Spain defeated Holland in the 2010 World Cup final using Dutch-inspired methods.

For all the dialogue about producing better players in the US, England, or anywhere really, the approach needs systematic re-evaluation. Producing the next Cristiano Ronaldo or Lionel Messi is unlikely, let alone producing a generation of them. But looking at the discrepancies of players from countries hovering just above average at best, grooming players to strive for measurable development is essential.

Proactive social experiments utilise metrics and data to reinforce theoretical claims. At the basic mathematical level, an average player can start working their way up to 10,000 touches and ideally, amass between 60,000-70,000 ‘extra’ touches a week. Over the course of a year that number equals 3,640,000 additional touches on the ball.

But what is the takeaway? Is this approach just another example of over-emphasising the use of statistics and figures in the organic game of football? And even if a player doesn’t reach 10,000 but only gets 1,000, the figure is somewhat arbitrary.

Ultimately, a country’s football federation should identify what the ultimate end goal is before drawing any conclusions. Is it winning a World Cup? Many World Cups? Developing a strong domestic league showcasing and retaining domestic talent? Very few players will reach the highest level, but the elite players are always going to be the top players. The goal might be to raise the bar for all players. The system isn’t perfect; players will still have a poor first touch, deliver an errant pass and will still duff a shot, but players must see the benefit of getting 10,000 touches a day with a football.

The current generation of YouTube-addicted young people primarily watching fancy individual moves confirms a large percentage of players aspire to be exhibitionists rather than functional footballers. Undoubtedly, they’d be well-served to enrich their improvement by structured repetition, by any means necessary.

A player doesn’t need a coach to complete 10,000 touches a day, which is part of the problem. Young players assume they need constant guidance and supervision and won’t train otherwise, which is, again, a cultural issue rampant with reward-seeking and needing players.

Improvement occurs with correctly and consistently implemented fundamentals. The players at La Masia, Clairefontaine, La Fábrica, De Toekomst, Carrington and other academies understand the value of supplemental training, but most of those players accumulated thousands of extra touches prior to their acceptance in the academy. In fact, that may be why many of them were accepted in the first place. They separated themselves from the pack on their own. Coaches know those players put themselves ahead of the curve.

It’s easy to side with the quality over quantity argument, but the best players in the world didn’t take the chance. No, they played the numbers game. Perhaps 10,000 touches a day is like money in a piggybank – a tangible investment. The method is subjective, but there’s truth to the saying, “The more you learn the more you find you don’t know.”