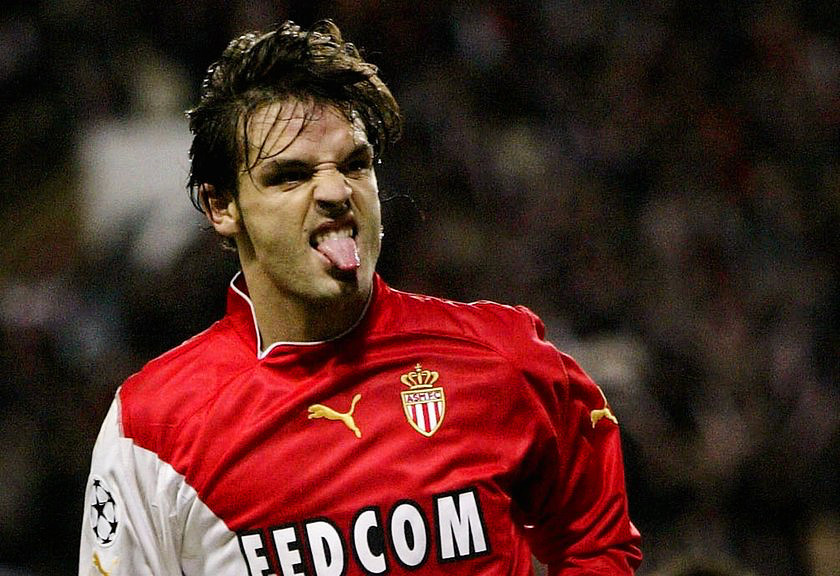 If an animal is left to starve, while those around it eat their fill, it cannot be blamed for biting the hand that enters its cage, even if that particular hand once fed it well. Just ask Fernando Morientes.

Despite enjoying five formidable years at the fulcrum of the Real Madrid frontline – many spent alongside Raúl as the elder half of a prolific partnership whose goals helped secure a brace of LaLiga titles and a hat-trick of Champions League trophies – by the summer of 2002, Morientes was no longer flavour of the month.

The Cáceres-born forward had proved himself to be an inspired acquisition in the seasons following his €6m move from Zaragoza to the Spanish capital in 1997, outscored only by his prodigious compatriot during this period, but shortly after the turn of the millennium, Morientes fell foul of his club’s penchant for exhibitionism.

As per their Galáctico policy, Madrid went all in on signing Ronaldo from Internazionale, parting with almost eight times the amount required to procure Morientes, and, naturally, the Brazilian superstar swiftly usurped the Spanish striker’s starting berth.

In the subsequent months, having found himself relegated to the bench, talk of a controversial cross-Clásico switch began to dominate the gossip columns on the nation’s back pages. But these rumours came and went, with no transfer to Barcelona ever materialising, and so Morientes remained in Madrid, vowing to fight for his place.

Throughout the campaign, with a new star in town, Morientes was forced to endure a cameo role on the very same show he once headlined, an extra, seldom seen before the minutes 80 and onwards. And so, he sought an escape.

Desperate to depart for a team where he could be assured of time on the pitch, Morientes requested a move. At 27-years-old, the striker wished not to spend the prime years of his career rusting away on the sidelines. The suits lining the Madrid boardroom agreed to accommodate his wishes but insisted any move must be temporary and be to a team outside of Spain. Protracted negotiations almost took Morientes to Gelsenkirchen, with a transfer to Schalke, but they eventually broke down before a deadline day loan to AS Monaco was agreed in its wake. 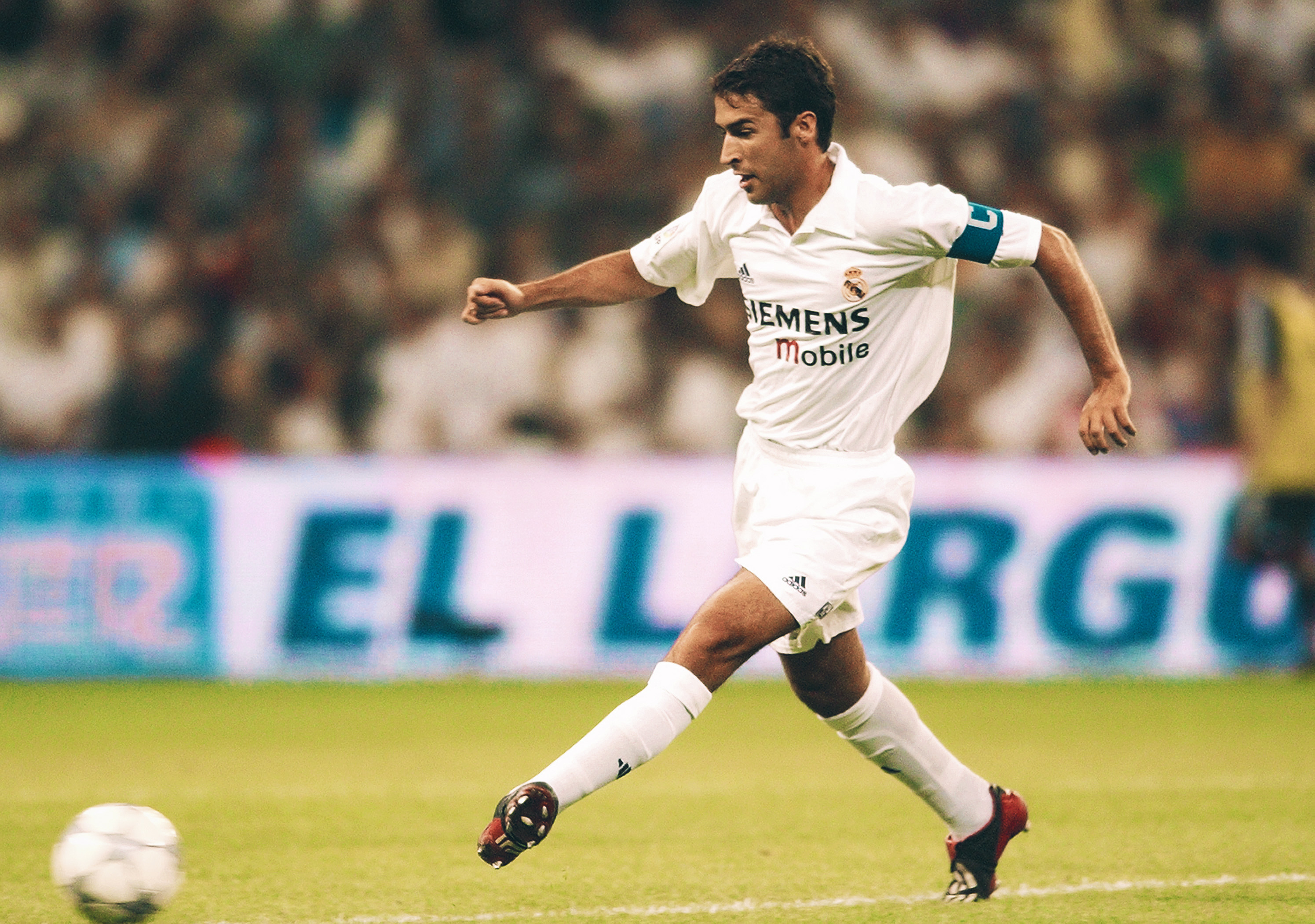 As he prepared to swap the golden metropolis of Madrid for the azure shores of Monaco, and begin adorning his angelic white jersey with a devil red half, Morientes also seemed to acquire a devilish streak that would later come to define his brief stay on the French Riviera.

Though so many had fallen for the forward during his time in the country’s capital, enamoured by his humble prolificacy, some Madridistas never warmed to Morientes. Recounted by writer and Madrid supporter Justin Sherman, “Sections of the club’s fan base would refer to Morientes as ‘Moro’ (‘<oor’ in English) a colloquialism meaning ‘person from a Muslim country’ or, more simply, ‘foreigner’.” The fact Morientes had been born to a quaint Spanish town just a three-hour drive west of Madrid was irrelevant. To some, Moro would always be an outsider.

Upon arriving in Monaco, Morientes seemed not to split the opinions of his new home crowd in the same way. An immediate replacement for the crocked Shabani Nonda, fans that had spent the final days of summer cursing the injury that had curtailed their in-form African forward were quickly roused from their sorrow and soon began rubbing their hands at the prospect of seeing a player of Morientes’ ilk fill the void.

From the outset, the deal appeared to qualify as a rare footballing circumstance: a transfer that suits everybody involved equally. In Madrid, the club and fans were still lost in the throes of Ronaldo fever, and so hardly noticed Morientes’ absence at all; Morientes earned his short-term move to an overseas team that still afforded him a title tilt and competition on the continent; while Monaco picked up an effective, experienced marksman whom they hoped would aid them in completing their season’s objectives. Perfect. Fast forward nine months, however, and not all parties would be wearing the same smile.

Morientes began life in the south of France in much the same way he had spent the previous few years in his native nation, ensuring visions of him sprinting away in celebration replaced falling and loose teeth as the most common recurring dreams among the country’s custodians. But, despite reaching double figures for goals scored in Ligue 1, the striker would reserve his most inspirational form for the Champions League.

With four in five games, goals home and away against PSV Eindhoven bookending a brace at home to AEK Athens, Morientes aided his team in topping a tricky group that also included fellow Spaniards Deportivo. For their troubles, Monaco were rewarded with a knockout tie against Lokomotiv Moscow. In the Russian capital, they were undone by the locals, succumbing to a 2-1 defeat. But Morientes’ consolation strike 20 minutes time would provide the vital away goal by which they would qualify following a 1-0 victory on home soil two weeks later.

Monaco continued their stride towards the promised land, confidently into quarter-final territory, but soon felt their faces go cold. The rising sun had fallen behind a giant figure whose immense shadow Morientes knew far more intimately than most. Between Monaco and the final four stood Real Madrid. Between Morientes and European glory stood his parent club. 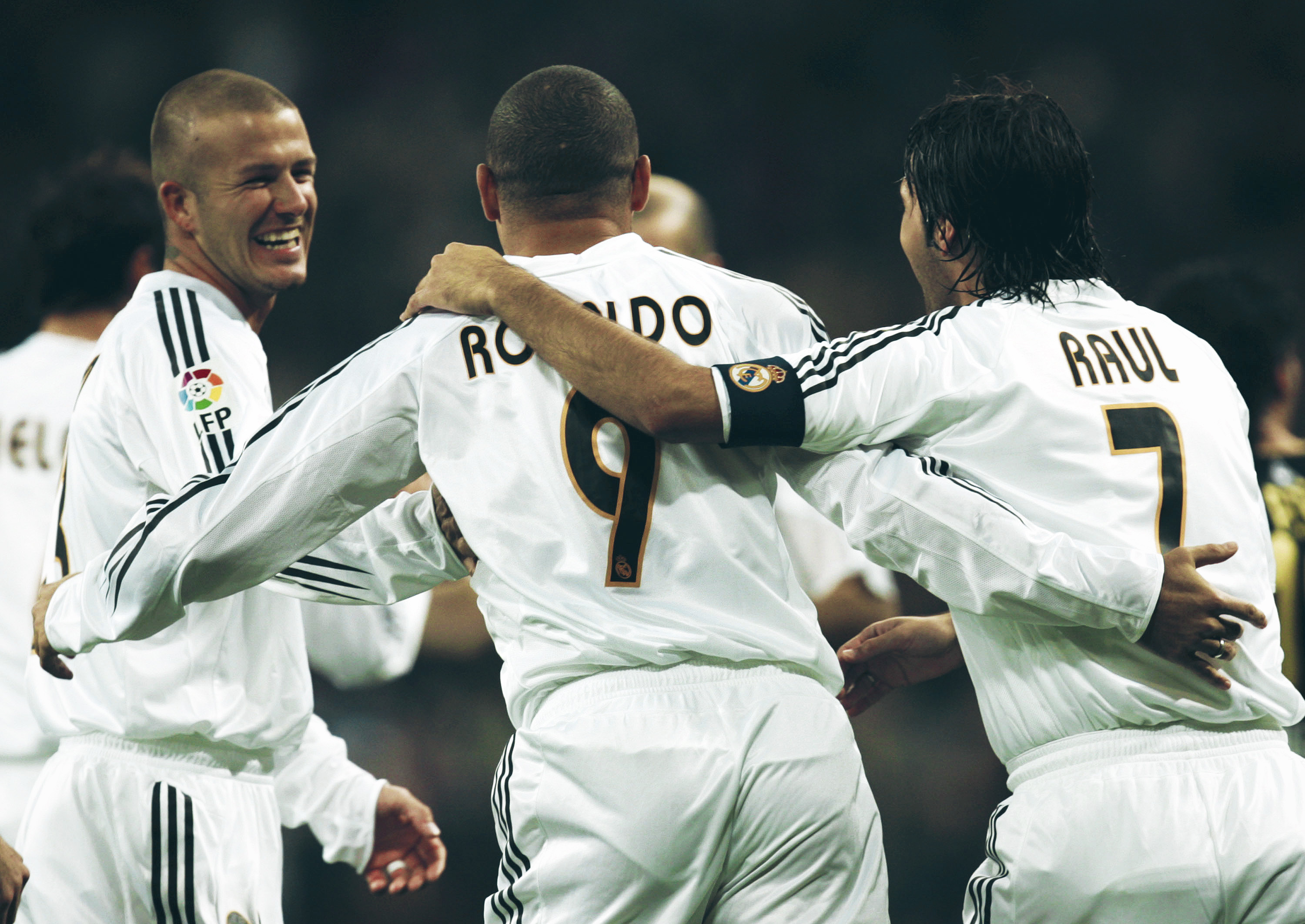 In the days preceding the tie, fans across all of Madrid could be found in confident mood. They knew of the dangers posed by Morientes but believed he alone could not save his team; he’d not even been able to save his own place in the Madrid squad.

When, at the Bernabéu on 24 March 2004, Real Madrid put four past Monaco to secure a straightforward first leg victory, it became hard to argue against their fans’ earlier assertions, precariously myopic though they may have seemed to those outside of the fraternity.

Monaco had scored two goals of their own, a short-lived lead and a late strike that allowed Morientes to steal the game’s last laugh with a powerful header that flashed beyond Iker Casillas, but Madrid laughed longest and looked to be in control of the tie. Monaco would be compelled to overturn a 4-2 deficit should they wish to continue on their own continental adventure.

On 6 April, the Real squad took to the skies in search of Monaco where, the following evening, at the portside Stade Louis II, the two sides would lock eyes once again in order to answer all questions posed by the other a fortnight before.

After a first half hour of tense probing and posturing from both sides, Raúl broke the deadlock. The travelling Madridistas erupted with joy and serenaded their stars with a confident lilt. The score now 5-2 on aggregate, only a capitulation would see their team stopped.

On the stroke of half-time, assisted by Morientes, Monaco winger Ludovic Giuly drew the French team level on the night, arrowing a low drive into the far corner. They’d still a sprawling mountain bearing over them, but their opening goal at least gestured towards their willingness to climb it. Three minutes beyond the start of the second half, they began their ascent. Morientes scored. Rising high above centre-back Álvaro Mejía to nod a looping header over a stranded Casillas, Monaco moved to within a single goal of progression.

With a little under 30 minutes left of the tie, a speculative shot from Hugo Ibarra looked to be travelling wide until it found a cute instep flick from Giuly. Swept beyond Casillas, Monaco tied the aggregate score at five apiece. The visitors’ early strike ensured they had an away goal to cling to but Monaco, courtesy of Sébastien Squillaci’s opener and Morientes’ late header at the Bernabéu, had two.

When the final whistle blew, with the aggregate score still locked at 5-5, Real Madrid were left wanting, left alone with the knowledge they had thrown away their lead, and crashed out of the competition at the hands of one of their own. Meanwhile Monaco, with Morientes in tow, scampered onwards, having taken another enormous step closer to the final in Germany.

The black away kits adorning the Madrid players forewarned of the funereal atmosphere that would later fall over their desolate disciples. Monaco’s red and white, instead, perhaps foretold a fiery riposte and a pure resurrection.

In the weeks that followed, Monaco would overcome yet another obstacle on their hopeful path to European glory, defeating Chelsea in the Champions League semi-finals thanks to an affirming 3-1 victory at home and a valiant 2-2 draw away. On both occasions they again relied upon the goals of Morientes, who scored in each leg to take his tally for the competition to eight in just 11 games.

Sadly, in the final itself, placed opposite a polished Porto team marshalled by the emerging might of José Mourinho, Monaco were undone and succumbed to a convincing 3-0 defeat. Morientes’ unforgettable loan spell would not receive the crowning achievement he so dearly wished for. The love of his temporary subjects, earned during his fleeting sojourn in southern France, would have to suffice.

The following season, Morientes returned to Madrid to be greeted by a crowd awash with mixed emotions. Some bayed for his blood, broken by the betrayal that were his goals, which would serve to secure his old club’s downfall, and the subsequent celebrations he furnished them with. Others recognised that it was not his decision to leave, that he had been forced out by the ways of their churlish president Florentino Pérez and the arrival of Ronaldo, and knew that their old ally was simply doing as a striker is supposed to.

Whichever side of the divide fans fell on, each knew Morientes’ time with Los Blancos was up. Shortly after his return, it was again time for him to depart the Spanish capital for foreign shores, only this time for good. Morientes had wished never to leave Madrid, the club at which he had made his name, nor the side of Raúl with whom he had forged such a timeless partnership. But, when cast aside by those at the helm of his former club, the forward had no choice but to continue doing what he had been made to do, even if that meant scoring against the club he seemed to love the most.

After all, if an animal is left to starve, while those around it eat their fill, it cannot be blamed for biting the hand that enters its cage, even if that particular hand once fed it well. Just ask Fernando Morientes.