YOU COULD NEVER accuse the League of Ireland of being world-class, but over the years it has undoubtedly produced some excellent players – most of whom, admittedly, went elsewhere. Yet, when a footballer of genuine quality appears on the Irish domestic scene, the difference between he and the rest can be startling. Such was the case with Paddy McCourt.

Many years ago, in the low-slung mono-standed bowl that serves as the home ground of University College Dublin AFC, I saw McCourt play for the first time. That day, wearing the candystripes of Derry City, he was so much better than everyone else on the pitch it was almost humorous. Time after time the lanky, mop-topped winger seemed to simply twitch his shoulders and hips before scampering away into the distance as defenders crumpled to the earth behind him. I could sense their despair, but even though in theory I was there as a supporter of the home team, I felt only joy at McCourt’s repeated decimation of his opponents. He was simply glorious, a poet in a world of scribes.

Unsurprisingly, he soon left to play for a bigger team in a better league (being replaced in the Derry line-up by another gangling local prodigy, James McClean). Initially set to join newly-promoted Premier League side West Brom, McCourt had a change of heart when Celtic came knocking. There was little chance of the Scottish club’s advances being rebuffed. “As soon as I found out that Celtic were in for me, my mind was made up,” said McCourt at the time. “I have always been a Celtic supporter.”

The transfer was something of a second-chance for McCourt. He’d been at Rochdale for a while in the earl-2000s but often found it tough going in the slugfest of lower league football. Paddy was a man of jinks, feints and pivots rather than one possessed of the more physical qualities required for the game at that level. There’s a reason he became known as the Derry Pelé rather than the Derry Drogba.

Still, he left quite an impression at Spotland, perhaps best summed up by the surfeit of mentions he receives even now on Rochdale fan forums. In one particular thread, in which members are asked to design an ideal Dale player by combining the best attributes from a number of others, past and present, it’s quite striking how many contributors selected McCourt in the Best Technique category. “For pure talent, and pure talent only – there are very few/none better than Paddy”, were the words of another Dale fan elsewhere on the forum.

But McCourt’s obvious potential hadn’t led to a step up the ladder in England, despite apparent interest from the likes of Norwich and Manchester City. “I had him as a young boy and, when he played at Rochdale, you could see the ability and skill that he had straight away,” remarked former Northern Ireland manager Sammy McIlroy, who in 2002 had given McCourt his first international cap. “It was a matter of sticking at it and I was shocked that he didn’t kick on, to be honest. People were talking about him going on to become a big international player at that time. Maybe it all just came too soon for him.”

It took three years back in Ireland for McCourt to regain the attention of major clubs in Britain, but having brought the Derryman to Glasgow in 2008, Celtic knew they were signing a supremely gifted individual. It would take a bit of time before Paddy got the opportunity to prove his bona fides to Bhoys fans, but when he began to force his way into the first team during the early stages of the 2009-10 season, his talent quickly became apparent.

That September, McCourt bagged his first for Celtic away to Falkirk in the League Cup. It was a goal of a type that would become familiar to those who regularly saw him in action. Picking up the ball in a wide position ten yards inside his own half, he loped towards the Falkirk end before gliding past the Bairns’ static-looking midfield duo to the edge of the penalty area. Faced with an entire backline and seemingly beginning to drift away from goal, McCourt simply sat down two Falkirk defenders, slipped into the box and scooped the ball over an onrushing keeper.

“That is one of the best goals you’ll ever see,” exclaimed the match commentator as the ball hit the back of the net. Less than a week later, McCourt scored an even better one in the league against St Mirren. It was another classic of the McCourt genre: a swivelling, twisting serpentine leaving bodies strewn on the grass in his wake, followed by a thumping finish into the far corner. Glenn Gibbons in the Observer described the effort as a “breathtaking exhibition of individual virtuosity” – arguably, it is one of the finest goals scored by a Celtic player this century. 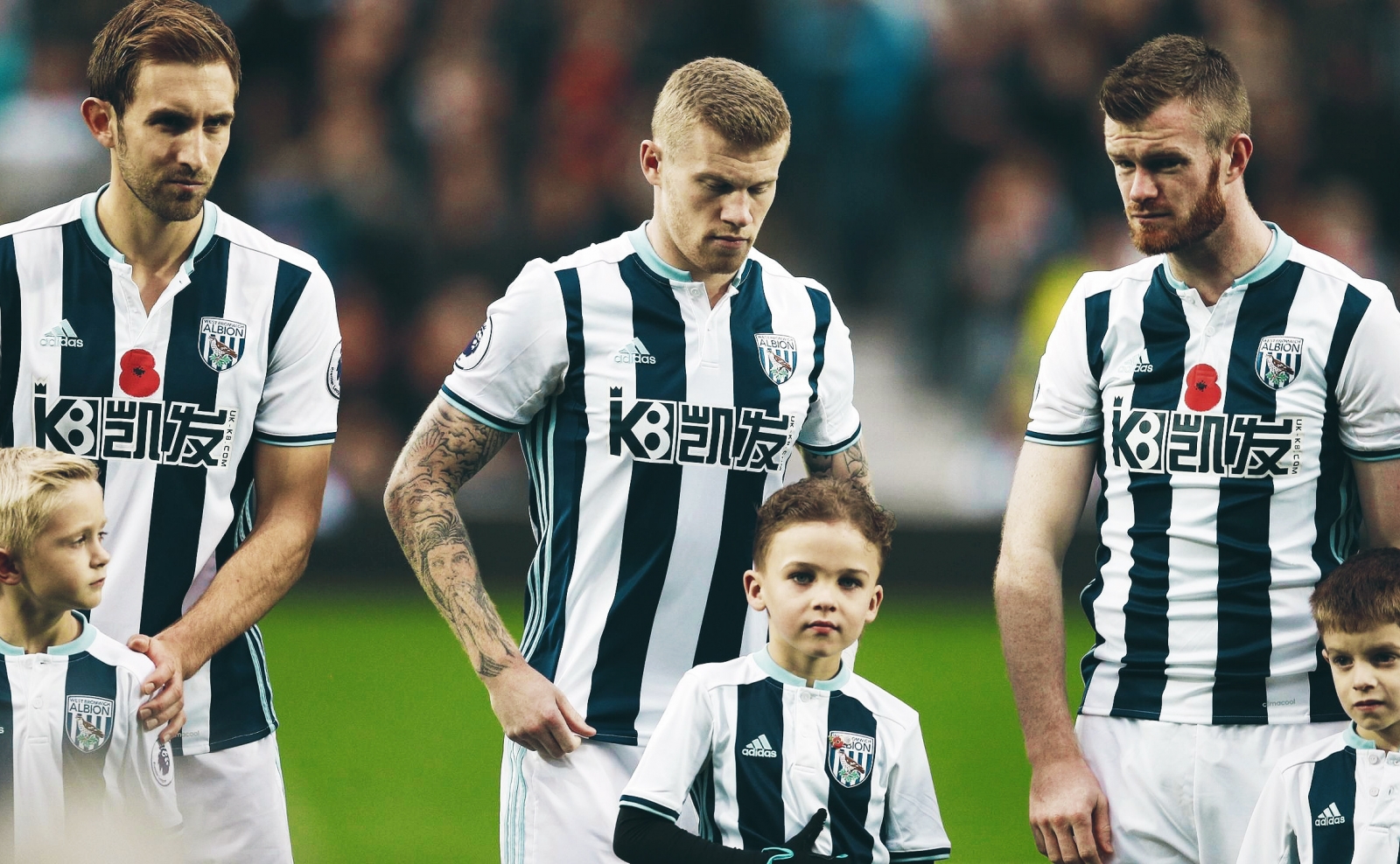 Over the next two seasons, Paddy kept on knocking in the wonder-goals, albeit at increasingly irregular intervals. He was a man for whom the word ‘mazy’ was invented, and his impossibly meandering dribbles, combined with an underrated finishing ability, rapidly made him a cult figure at Celtic.

He’d also begun to make an impact on the international scene, scoring a brace at Windsor Park in August 2011 against the Faroe Islands, the second of which was described by Steven Beacom of the Belfast Telegraph as “one of the best ever witnessed in the famous old ground.” Jackie Fullerton, the doyen of Northern Irish TV match commentary, was awestruck in the aftermath of the strike, hailing McCourt as, “the man with the X-Factor, the man with the touch, the flair, that little flash of genius occasionally. And there you saw it.”

Four days after the match, several tabloids published articles telling of interest from Liverpool, who were then managed by former Celtic hero Kenny Dalglish. The feeling was that maybe, just maybe, Paddy’s time was coming to pass. But the move to Anfield never materialised and, as had been the case at Rochdale, McCourt found himself marginalised at Celtic because of his perceived lack of grunt.

Critics of McCourt frequently, and with some justification, highlighted his utter disdain for the concept of defending as a potential obstacle on his path to stardom. Beacom, for example, noted that “many coaches will tell you for all his ability he is a luxury player they can’t afford to have on the pitch. Even Lionel Messi tracks back these days!”

Tony Mowbray, who’d managed Paddy at Celtic, had commented unsubtly back in 2009 that, “Any time Pat McCourt steps onto the pitch he can do amazing things … it’s other areas of his game that he needs to work on.” The BBC, meanwhile, suggested that McCourt’s “lack of stamina appears to have counted against him.”

While both anecdotal and factual evidence indicate that McCourt wasn’t overly keen to lend his weight to the strategic needs of his team, it’s fair to say that his reliability was often unfairly questioned due to his rather creased appearance. But that was just Paddy. He looked casual, tousled, distinctly unthreatening in the manner of the non-sporty guy who’s been asked to show up for five-a-side because someone else couldn’t make it. That is, right until the moment the ball arrives at his feet and, suddenly, defenders find themselves plonked on their arses wondering how a man who looks more like a worn-out teen at a mid-nineties Oasis gig than a high-class footballer has left them in a confused heap on the turf.

McCourt’s image concealed his genius. Sometimes that worked to his advantage, but occasionally it may have led some of his coaches to underestimate him – to their own cost. For others, however, there was never any doubt as to his quality. “Paddy is as gifted a footballer as I have ever seen,” said Gordon Strachan, the man who took McCourt to Scotland, in 2015. “Some players can see a pass, but not dribble. Others can dribble, but not see a pass. Paddy can do both. And, I have got to say, watching Paddy is one of the best things in football.”

After leaving Celtic in 2013, McCourt flitted around the Football League for a few seasons before returning to Ireland with Glenavon in 2016. Now 33, there are certainly some years left in Paddy, but at the time of writing he is without a club. Recent rumours linking him with League of Ireland champions Dundalk came to nothing, but the possibility of his return to the league will excite those who recall his glory years with Derry. Even in his 30s, McCourt would be one of the competition’s shining lights.

Simply put, Paddy McCourt had nearly everything required to be a world-class winger. With the ball at his feet, he was extravagantly talented, a showman in the mould of his compatriot George Best. Perhaps he was simply too much a product of the old school to succeed in the modern football landscape. Had he been born a decade earlier, his name might now be mentioned in the same breath as some greats of the game, at least in the UK and Ireland. As it is, Paddy never truly managed to rise consistently above the level of local hero status: the brilliant boy-next-door who thrilled and awed the few who were lucky enough to see him at his best

It’s just a shame that his gifts never found a wider audience.