On March 4, one of the maddest leagues in the world gets under way again. The Irish domestic season finished with the FAI Cup final at the Aviva Stadium in Dublin where 25,000 watched Dundalk defeat Cork City 1-0 after extra-time thanks to Brighton new boy Richie Towell’s 29th goal of a stellar campaign.

The finalists have been the top two teams in the country for the last two years and both were in serious financial difficulty within the last six years.

Dundalk lost just once all season to retain their league title and secure the domestic double. This is the same club that finished bottom in 2012 and only avoided relegation thanks to a playoff success against Waterford United. Chris Shields is the only man who played in that game still at the club.

Another relegation playoff success against Waterford six years earlier gives evidence of the eccentric management of the league. Dundalk triumphed in a two-legged tie to secure their place in the following season’s Premier Division. Or at least that’s what the fans thought. In fact the league was undergoing another administrative makeover which saw the Louth club excluded at the expense of Galway United who had finished behind them the previous season. This sparked outrage among supporters with one taking it upon himself to demonstrate his anger by breaking into the Football Association of Ireland’s headquarters and pouring petrol around the reception area, threatening to set it alight.

While hardly worthy of arson, the FAI’s oversight and promotion of the league has been underwhelming since they took control in 2006. The winners of the top flight received a mere €100,000 in 2014, less than a third of the salary of the association’s controversial chief executive John Delaney.

Delaney has overseen significant financial growth in the FAI since becoming chief executive in 2004 but many have criticised his involvement, or lack thereof, in the domestic game. Many have described Delaney as a bully but as Ewan MacKenna put it in June, he has not bullied where he needed to bully and has failed to overhaul an underage set-up in dire need of just that. He has never been afraid to blow his own trumpet either, frequently bigging himself and his use of “expletives” up in criticisms of Sepp Blatter while also accepting a dubious €5 million payment from Fifa in order not to pursue a legal challenge over Thierry Henry’s handball in a World Cup qualifier in 2010.

Last season’s runners-up Cork City for their part folded in 2009. A period of success in the mid-2000s had brought a second league title. With it had come heady ambitions for full-time professionalism, talk of a 40,000-seater stadium, despite fans rarely filling the 8,000 capacity Turner’s Cross, and debts of €1.3 million. A change of ownership did not change fortunes and a new club had to be formed in the second tier with fans turning on then chairman Tom Coughlan. Just five years later, a club run largely by fans and volunteers, were back in European competition.

Former City chairman John O’Sullivan illustrated some of the administrative issues facing the league on the42.ie. He says that once when he asked to see accounts for the league he received the blunt response: “They’re fine.” The league is governed by the National League Executive Committee, which according to O’Sullivan makes all decisions regarding the league and its finances and “simply does not report back to the clubs … clubs do not have the foggiest idea what goes on in those meetings.”

Delaney once labelled the league as the FAI’s problem child giving an indication of his attitude towards it but that ignores the influence the league has had on the national team in recent times. Five of the side that drew the Euro 2016 qualifier in Bosnia in November emerged from League of Ireland clubs (Seamus Coleman, Shane Long, James McClean, Daryl Murphy and Wes Hoolahan). 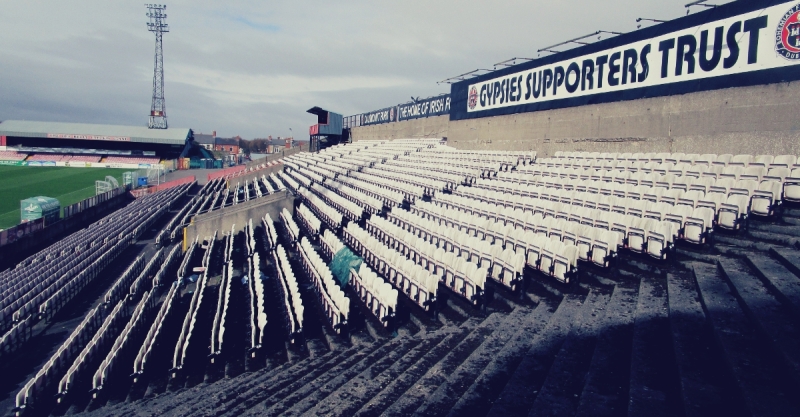 Read  |  The sliding history of the League of Ireland

The Sporting Fingal story is perhaps the best example of the ridiculous nature of the last decade. The North Dublin club were founded in 2007 beginning life in the second tier the following year. With the financial muscle of property developer Gerry Gannon behind them, the club stormed to promotion in 2009 and also produced a shock FAI Cup success. With Liam Buckley in charge they went on to challenge for the title and compete in Europe in 2010 attracting several of the league’s best players in the process.

However, by 2011, the economic recession and the collapse of the construction industry in Ireland saw the backing from Gannon and other boom-time sponsors dry up. The club’s rise had been dependent on the €2 million backing from Gannon and they were left scrambling for another benefactor ahead of the new season. The white knight never arrived and the club dissolved after just four years in existence.

Since 2000 there have been eight different league winners and almost all of them have been through a period of severe financial difficulty during that time. For years the league mirrored the nation’s boom and bust “Celtic Tiger” economy.

This century has seen some great highs with Shelbourne nearly reaching the promised land of the Champions League group stage in 2004, losing in the final qualifying round to the previous season’s semi-finalists Deportivo La Coruña. Shels drew 0-0 in the first leg at a sold-out Lansdowne Road before falling 3-0 in the second leg and off a cliff financially. In a manner that was to become depressingly familiar the Dublin club chased the dream and faced the consequences in 2006 losing the majority of the squad including Hoolahan. The 13-time league winners have never really recovered spending just one season in the top flight since demotion in 2007.

Cork City manager John Caulfield summed up the ethos and short-sightedness of the time.

The boom and bust nature of the mid-2000s has made way for a more frugal self-sufficient approach in the last few years with many of the clubs now owned by fans groups. What that means for the players is a far from well remunerated existence.

The average annual salary for Premier Division players is reported to be €16,000 (€4,000 for the First Division) and most are on 40-week contracts that finish at the end of the season. Most have to find another source of income in the off-season with many forced into drawing social welfare. It is far from the idealised image of professional sportsman’s life. That’s quite the fall from the reported six-figure salaries some players were being promised, if not necessarily given, seven or eight years ago.

As former St Patrick’s Athletic midfielder Conan Byrne told Goal.com in 2013: “It’s mad. Ninety per cent of the lads are unemployed come November. We win the league one week and then don’t have a job the next.”

Accrington Stanley manager John Coleman told The Anfield Wrap about his brief spell in charge of Sligo Rovers in 2014 and the financial constraints he had to work under.

“Our first game was in Europe. They could only afford to bring Jimmy (Bell), my assistant, over if we got through the next round of the Europa League so basically he had six weeks work and if we didn’t get through that round he had to go home. That was pressure.”

They went through 4-0 on aggregate against FK Banga and Bell was kept on. They went on to win 2-1 in Norway against former Champions League regulars Rosenborg before losing the second leg in large part thanks to an influential display from former Blackburn Rovers man Morten Gamst Pedersen.

Shamrock Rovers provided the other landmark event for the league, qualifying for the Europa League group stages against all the odds in 2011. Full-back Pat Sullivan’s spectacular extra-time volley at Partizan Belgrade saw them through to the lucrative competition. Rovers lost all their group games, the highlight of a once-in-a-lifetime journey for the players being when Stephen Rice put them ahead at White Hart Lane.

Rovers are the most successful club in Irish history winning 17 titles yet they managed to go 22 years without a permanent stadium. Their historic home Glenmalure Park was sold in 1987 and thanks to series of legal disputes and mismanagement a stadium in the south Dublin suburb of Tallaght, that was planned since 1995, was only finished in 2009.

The chaotic nature of the league shows little sign of abating with Dundalk’s ability to defend their title debatable until recently due to uncertainty about their eligibility to play at their home ground Oriel Park, which was unfortunately subsequently broken into and vandalised.

Whatever some may say about the quality of the football on display, the League of Ireland is rarely dull.